How Koshland Park Cultivated Neighborhood Support Into A Flourishing Community

As Earth Day approaches, we're turning our attention to the city's parks and green spaces, large and small.

In 1973, as a tribute to their father on his 80th birthday, the children of Daniel E. Koshland set the stage for the creation of a neighborhood park that has become tightly woven into the fabric of the community. Their gift was the purchase of a corner lot—nearly an acre in size—at the crest of the hill fronting Page and Buchanan streets.

The new park was born out of tragedy. Earlier that year, a devastating and fatal arson had swept through the four-story apartment building that had previously occupied the site. As the burned-out building stood waiting for demolition, many neighborhood residents began to reimagine it as a park.

The history of the creation, and subsequent reclaiming, of Koshland Park is the story of neighborhood residents coming together to create a focal point for the community. 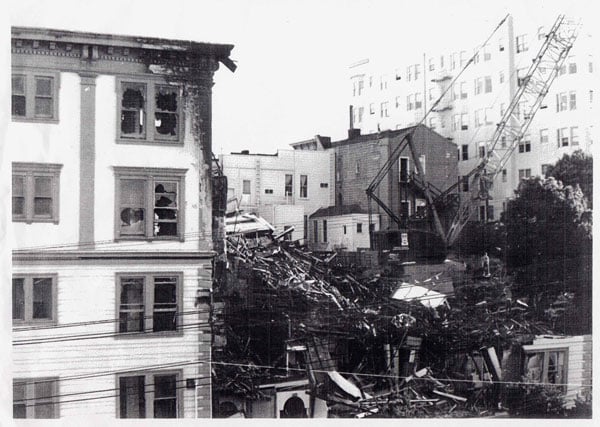 The Koshland family was able to offer the property to the community with assistance from a then-new local nonprofit called The Trust for Public Land. (It's now a leader in land acquisition for urban parks nationwide.) The Koshlands' gift gave the neighborhood the opportunity to create its own park, one that best served its needs.

Daniel Koshland was a San Francisco businessman, a member of the Haas family and a former Levi Strauss executive. The San Francisco Chronicle described him as "... a civic leader and humanitarian of persistence, a leading mover of multiple good causes, and the admitted victim of a lifelong love affair with his native city." He was a founder of the San Francisco Foundation, which has become one of the nation's largest community philanthropic organizations. 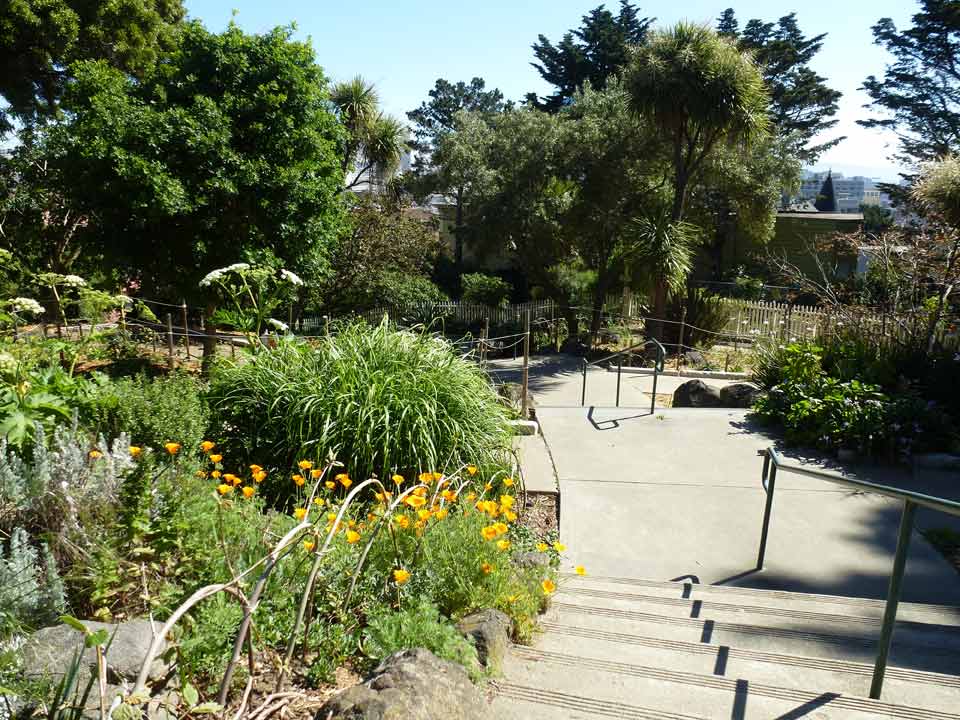 The process for designing and building the park began with the formation of a community group called the Neighborhood Foundation, created by the San Francisco Zen Center, located across the street from the park. The first planning meeting was attended by more than 200 people, and ideas for the park came from a poll of more than 3,500 residents.

Today's Koshland Park reflects the collective community values that were expressed during the design process, including "a grassy area to sit or lie in the sun," a park that "keeps the high places for enjoying the views," and "a play area with benches where mothers can watch their children, a wind-protected arbor for seniors, basketball for teens and a play structure with slides." 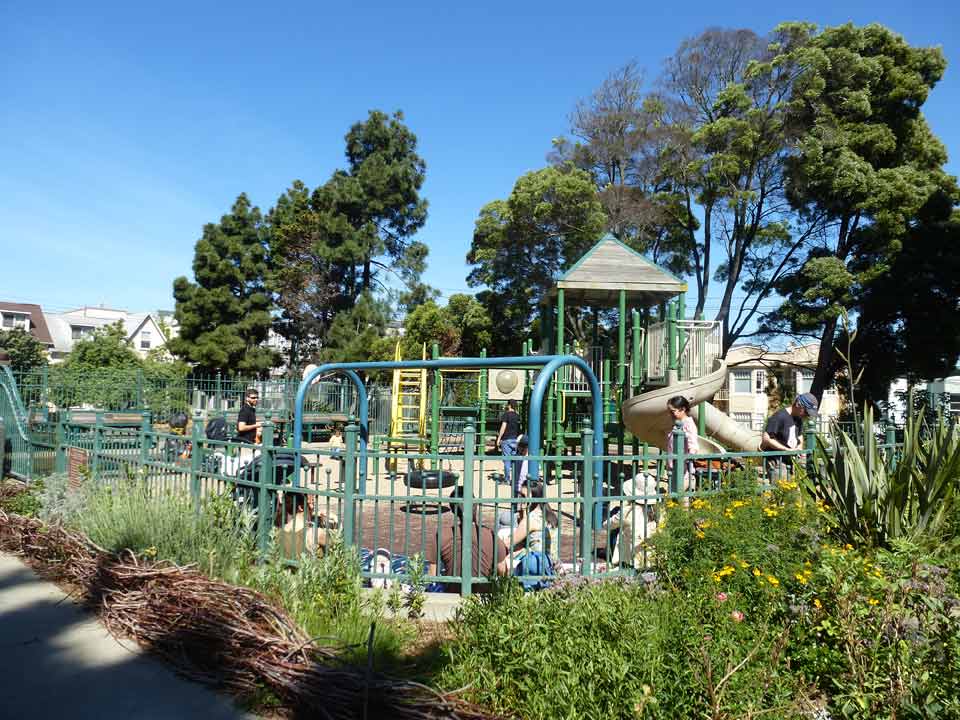 The park officially opened to the public on June 30th, 1977. Recognized as a national model, it received an award of merit from the American Society of Landscape Architects in 1979.

Unfortunately, the '80s and '90s brought increased levels of crime to the neighborhood. Prostitution and drug activity became rampant in the park, and residents no longer felt safe there. 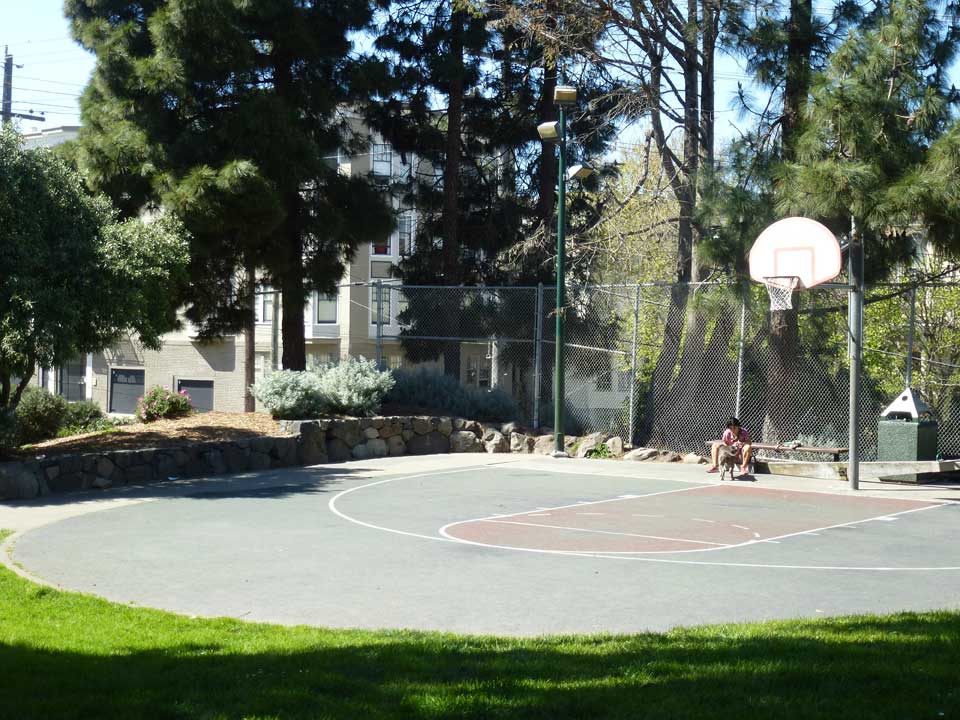 In 1990, in response to a mandate from the state of California to study substance abuse, the organization Neighborhoods in Transition—A Multicultural Partnership began a five-year study of nine transitional San Francisco neighborhoods, including Hayes Valley. In 1994, the study brought together over 100 residents to address neighborhood problems, and four committees were formed: Youth, Prostitution, Drugs and Parks.

The park committee, later named the Hayes Valley Neighborhood Parks Group (HVNPG), collaborated with the police, schools, merchants and residents to hold park workdays. Eventually, they were able to raise $2 million for the renovation of Koshland Park and two other parks in the neighborhood. 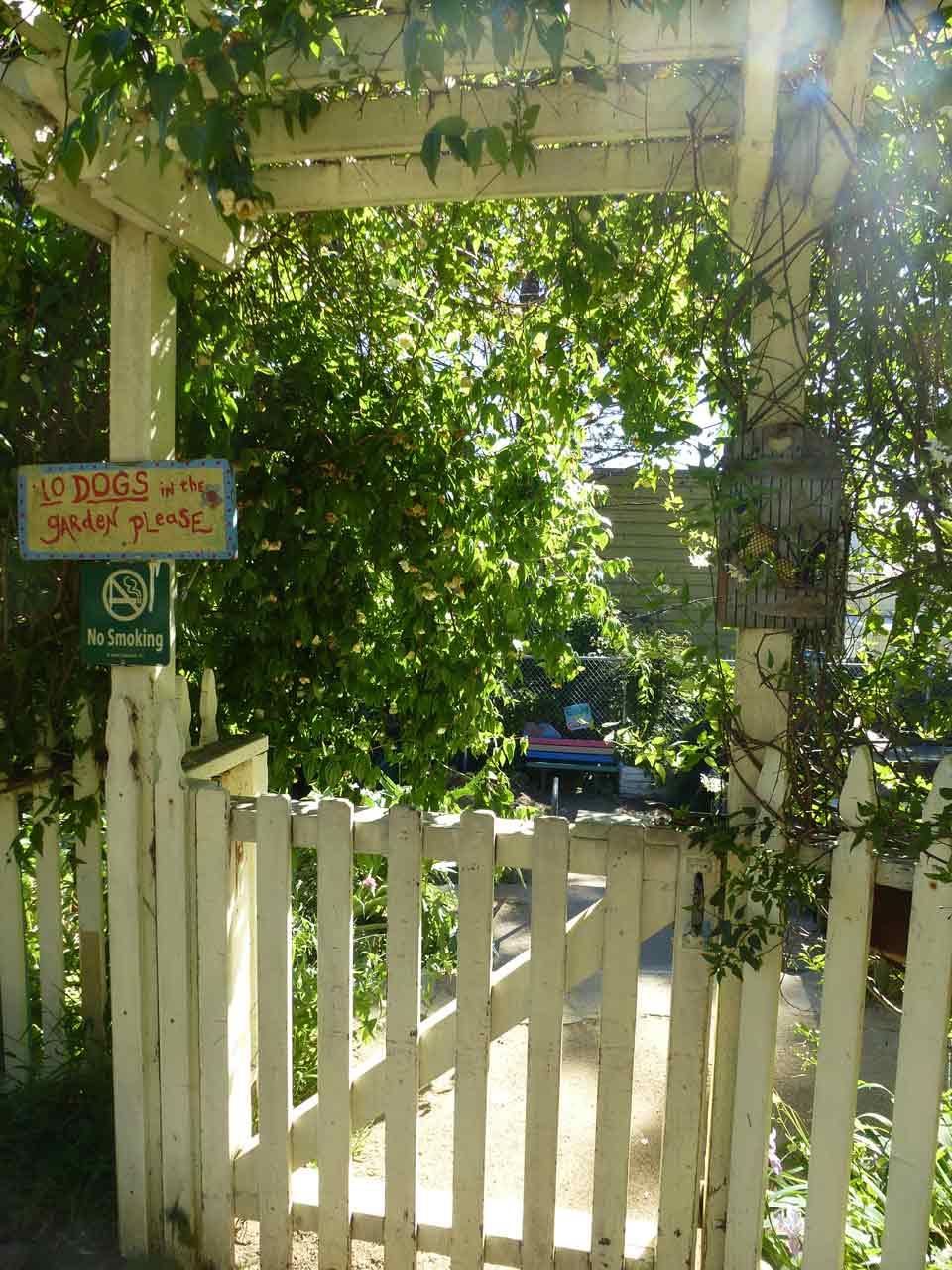 In addition to renovating Koshland, HVNPG created two new projects within the park: the Community Learning Garden, in the lower east portion of the park, and the Western Addition Peace Wall, along Page and Buchanan streets.

Built in 2000, the Community Learning Garden is a 54-plot, environmental education life laboratory for the students of nearby John Muir Elementary School and neighborhood residents. The garden has a fruit orchard, with plum, lemon, lime, fig, persimmon and apple trees, as well as an herb garden. A memorial planting area honors community members who have lost their lives to violence. 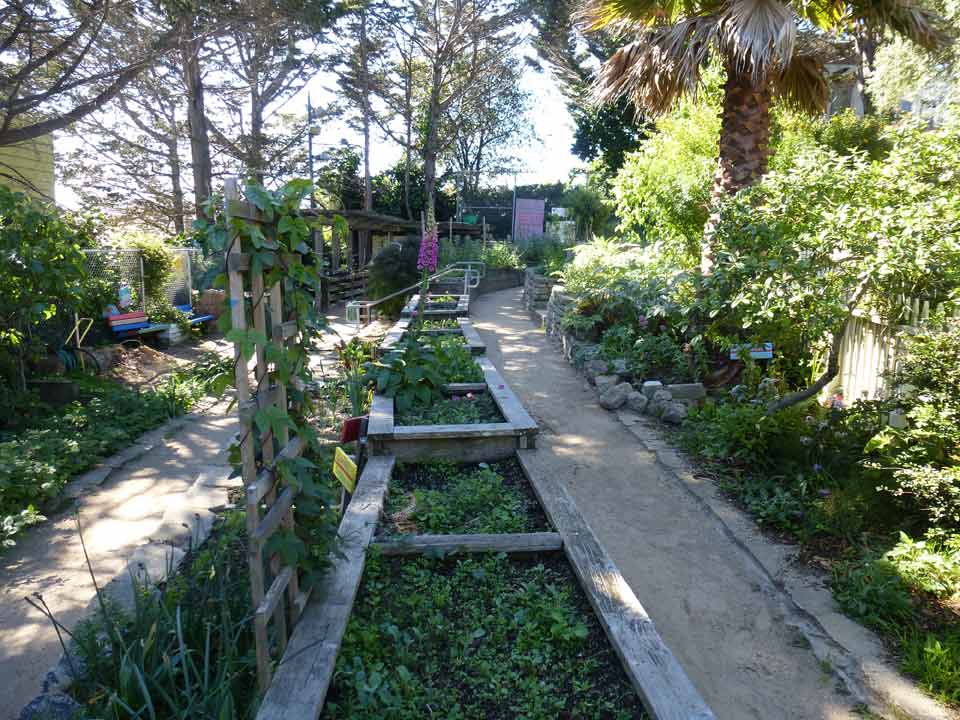 In 2008, the HVNPG, successful in its efforts to renovate and reclaim Koshland Park and the nearby Page & Laguna Mini-Park, became CommunityGrows. Throughout the year, CommunityGrows offers free after-school and summer programs, as well as garden workdays; each year, more than 300 elementary school students participate in classes at the garden. A full-time CommunityGrows garden educator works with teachers and students to enhance their science curriculum and recruit volunteers in the garden.

The Community Learning Garden is also the home base for the CommunityGrows BEETS (Band of Environmentally Educated and Employable Teens) program, which teaches teens about the environment, food and social justice and provides job-readiness training for employment in the green economy. 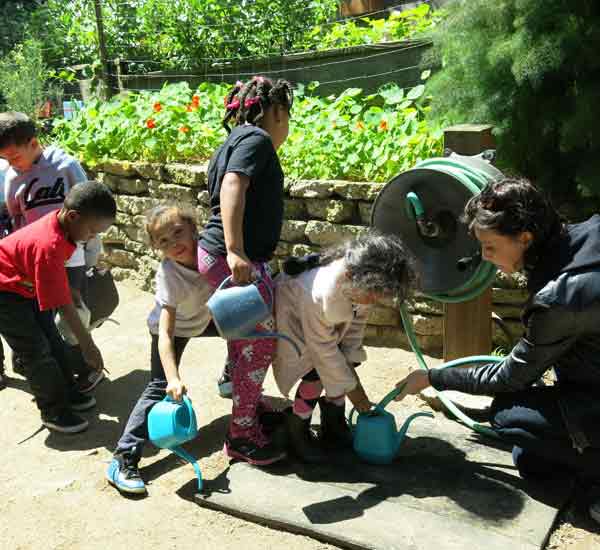 Barbara Wenger, executive director of CommunityGrows, says the mission of the organization is to cultivate healthy youth by growing gardens in low-income communities. The Koshland Park Community Learning Garden catalyzes an effort to make the neighborhood safer and more beautiful, and demonstrates the many benefits of urban gardening, she says. 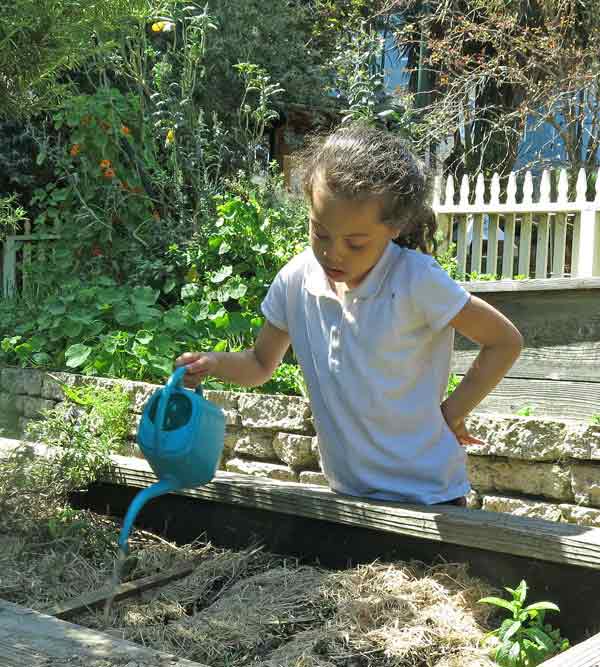 The Western Additional Peace Wall was dedicated in 1997, after a seven-year community project that involved over 25 youth-serving agencies and schools in the Western Addition. The project culminated in a series of tiles created by elementary school students, representing their visions of peace. They were then enhanced with additional tiles by award-winning tile maker Justine Tot Tatarsky. 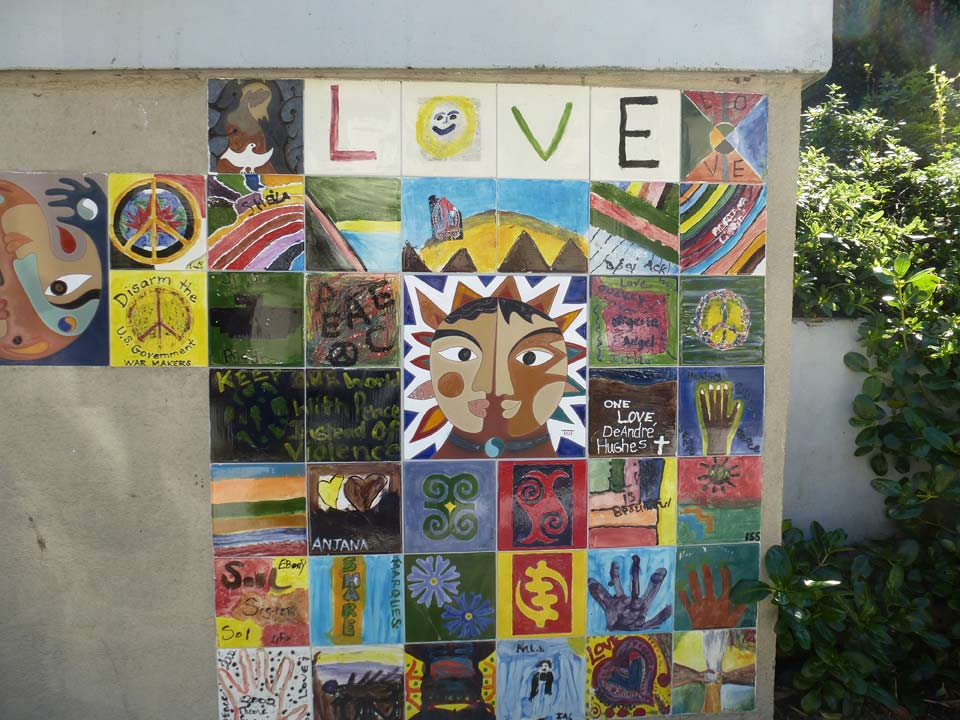 The Western Addition Peace Wall surrounds the park and garden along Page and Buchanan streets.

CommunityGrows has a volunteer program, and hosts garden workdays every other month on Saturdays. The next park and garden workday is on May 7th.