Aerial view of Alamo Square. (Images: Courtesy of TS Studio)
By R. A. Schuetz - Published on May 10, 2016.
San FranciscoAlamo Square

In the past five years, a whopping 60 trees in Alamo Square have died.

And that’s part of a trend: regardless of management, 105 of the park’s 166 trees are predicted to decline, according to a study conducted by HortScience and paid for by the Alamo Square Neighborhood Association (ASNA). 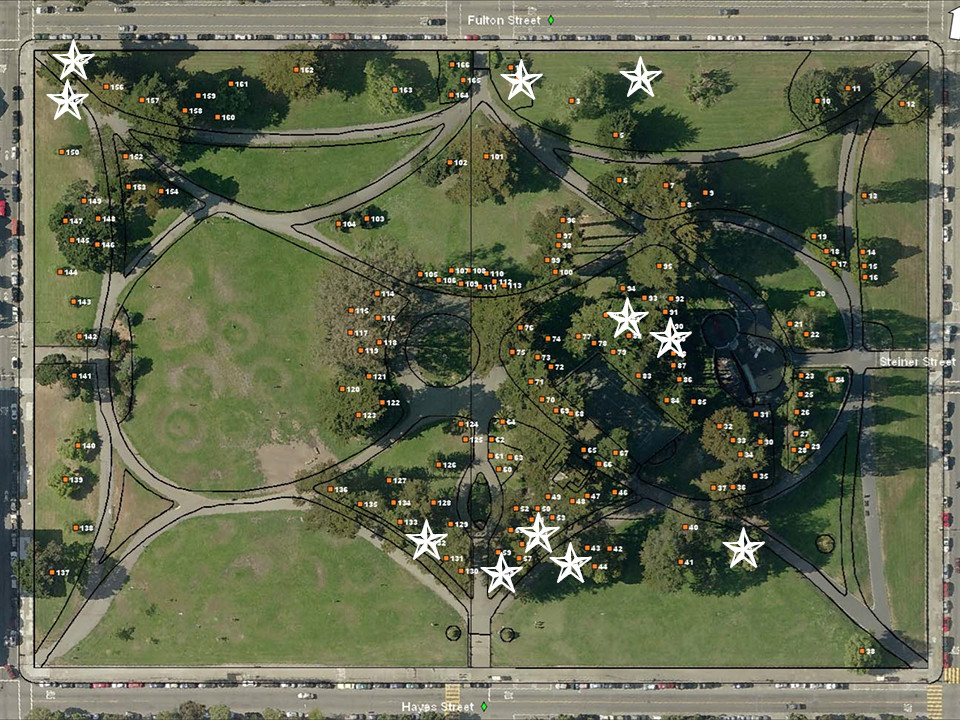 According to the Historic Resource Evaluation for Alamo Square, many of park's trees date back to 1900, when roughly 1,500 trees and shrubs were planted on the hill. Since then, there has only been one campaign to replace Alamo Square's dead and dying trees—three decades ago, in the 1980s.

Trees, like all living things, have a natural lifespan, and many of those 1900-era trees are nearing their ends, hastened by the double whammy of a drought and El Niño rains. Even many of the park's younger trees have health problems, or issues with structural integrity.

That's why there have been notices posted for months that certain trees in the park will be removed. Back in February, Recreation and Park told us that 10-12 of the park’s trees would be removed during renovations (which begin today), to be replaced with over 40 new ones.

But that's not enough for ASNA. Yesterday, the organization unveiled an ambitious plan to bring over 100 new trees to the park.

The project, Trees for Future Generations, aims to raise the necessary funds. ASNA will match every dollar donated up to $50,000, with the goal of purchasing $100,000 in new trees. (Those irritated by the perennial hassle of Bay to Breakers may be pleased to hear that a large portion of ASNA's matching fund comes from Big 5 Sporting Goods, a sponsor of the race.) 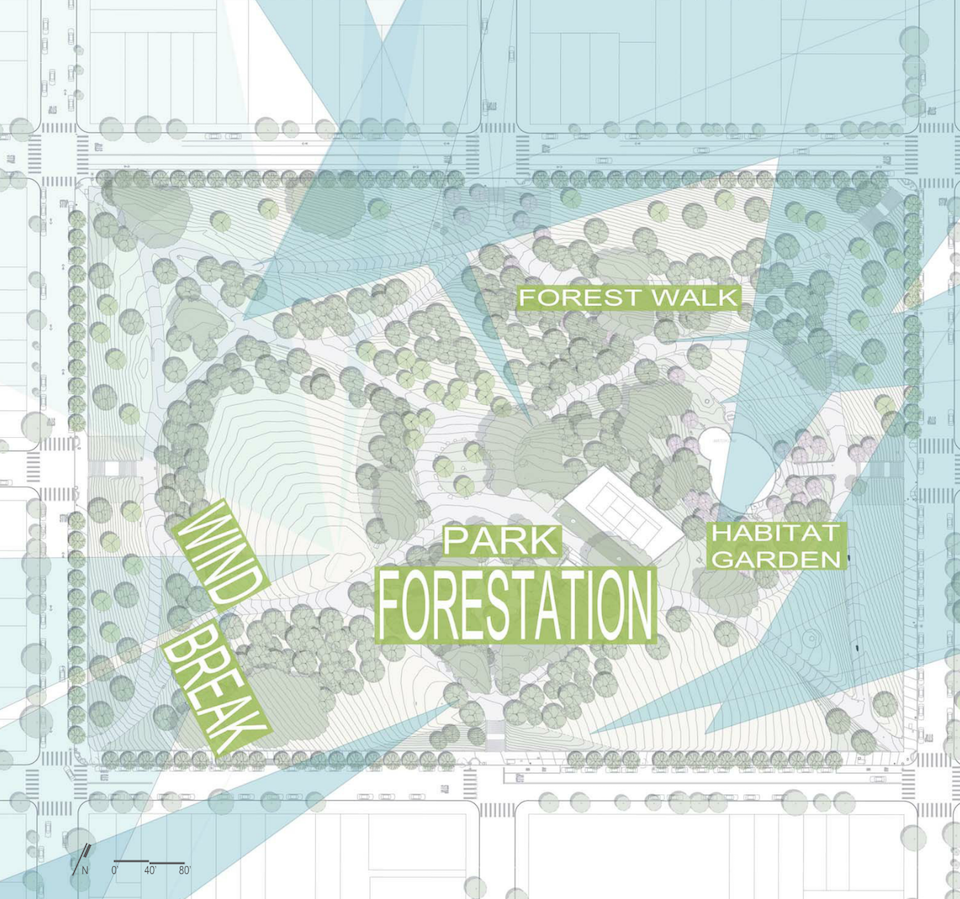 The plan at a glance. The blue represents key views from the park that will not be blocked.

“With the park closing, we realized we had this opportunity to look forward to the next 100 years,” said John Dallas, the vice president of ASNA. The neighborhood association asked landscape architects TS Studio to put together a plan for how to reforest the park over the years, utilizing HortScience's data.

The resulting plan aims to not only reforest the park but also make improvements to its atmosphere: breaking the stiff wind that buffets the west side of the park, conserving water, and attracting birds and butterflies. The only obstacle is raising the money to make it happen.

Those who donate $1,000 or more can have their name engraved in a park paver; donors of $5,000 or more will receive a framed drawing by Thomas Duane, a local artist known for his work for Ralph Lauren and his cartographic art. Duane has created incredibly detailed studies of many of Alamo Square’s trees.

Here’s what that money will be going toward: