Take a hike to celebrate the Crosstown Trail this weekend

This weekend marks the second anniversary of the launch of the Crosstown Trail, a 17-mile route across San Francisco that connects Candlestick Point to Lands End.

The trail was launched in 2019 by a small group of dedicated volunteers, but its concept had been in city plans for much longer. It was initially envisioned in the Recreation and Open Space Element of the San Francisco General Plan, which was adopted in 2014. 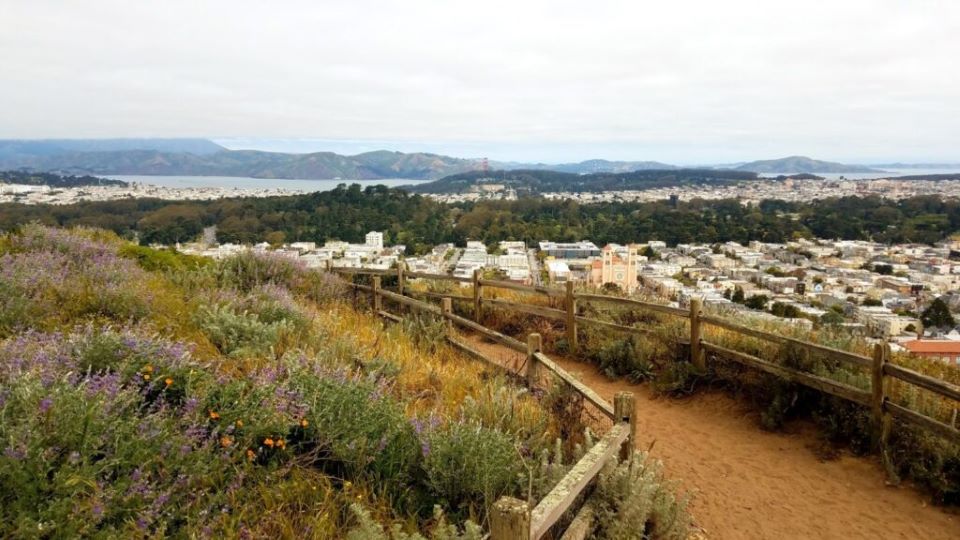 View from Grandview Park on the Crosstown Trail

After waiting more than four years to see action on mapping out the route, trail enthusiast Bob Siegel pulled together a Crosstown Trail coalition, which started drawing up maps and developing cue sheets for the route. The coalition is made up of an assortment of volunteers from nonprofits, local advocacy groups, and other avid trail users (including the author of this article).

The trail’s first anniversary celebration was muted due to the COVID-19 pandemic, but the coalition has a slew of events planned this weekend to mark the second. There are hikes of varying lengths, volunteer opportunities at locations along the trail, and "hangouts" at local businesses that are near the trail.

The route traverses as many of San Francisco’s open spaces as possible, including some lesser-known areas of McLaren and Golden Gate Parks, and highlights San Francisco’s hills and stairways. It is designed in five segments, which can be done as a full day hike, or separately over several hikes, and is fully accessible by public transit. 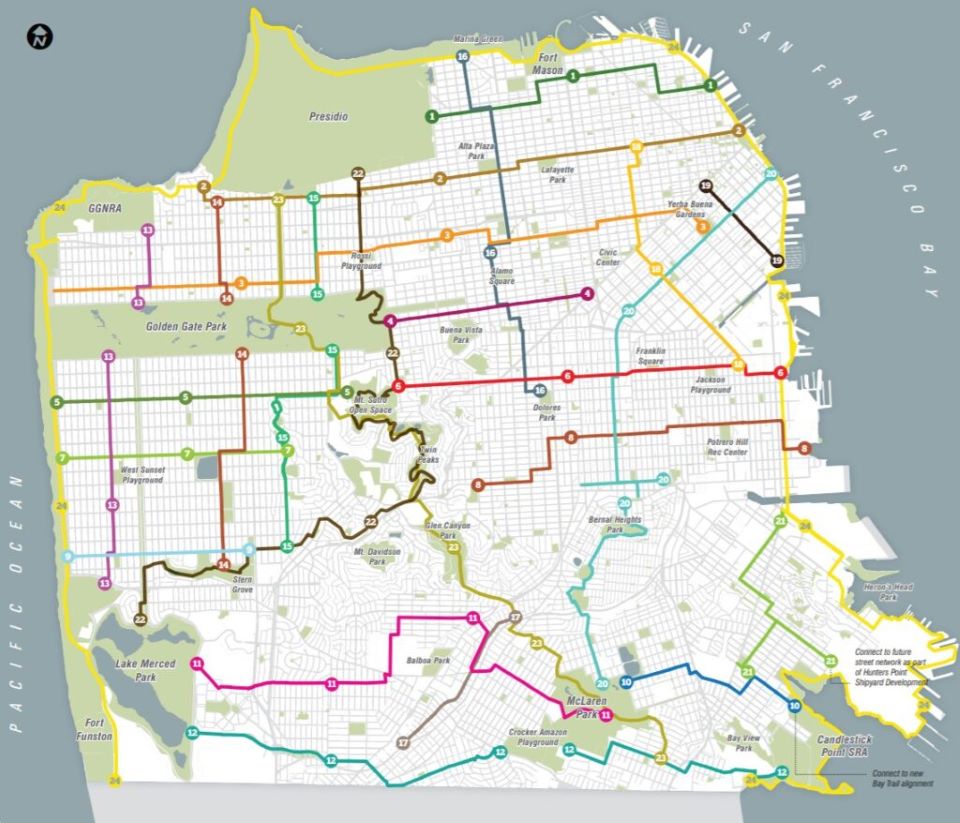 Connections to transit on the Crosstown Trail

Join an event on Saturday or Sunday to celebrate this weekend or choose your own adventure on the trail. The trail is not marked, but maps and directions can be downloaded at https://crosstowntrail.org/plan-your-trip/ or through the OuterSpatial app.

San Francisco
About 8 hours ago