A mural painted in honor of former San Francisco Supervisor Harvey Milk on the exterior of Castro nightclub The Cafe (2369 Market St.) has been painted over.

Scaffolding was installed outside The Cafe over the weekend. On a visit by a Hoodline reporter yesterday, a worker was observed painting over the mural.

The mural by Paraguayan artist Oz Montanía was installed and dedicated on May 22, 2018, Harvey Milk Day. 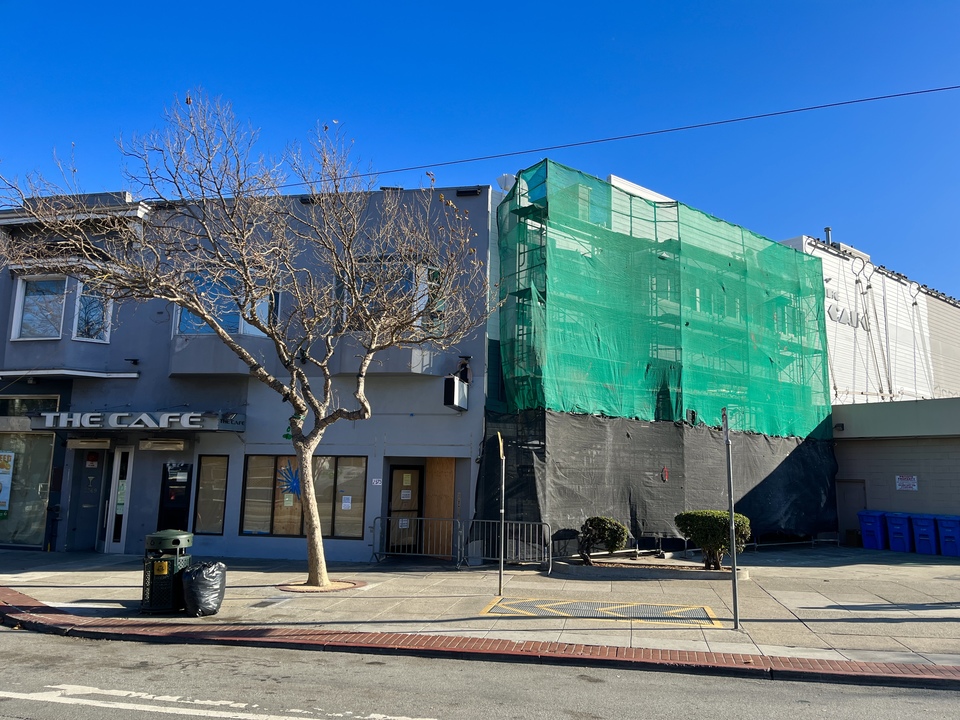 The Cafe manager Sabrina Martinez tells Hoodline the mural needed to be painted over due to damage to the building. Hoodline readers will recall The Cafe reopened in September after a 19-month pandemic-induced closure.

"The owners of the building recently discovered extensive damage to the exterior that required immediate attention," said Martinez. "Unfortunately, the repairs needed in the area of the mural were quite substantial and it saddens me to say, it wasn’t possible to salvage it."

Martinez did not respond to Hoodline's question about whether the mural could be repainted.

The mural depicted Milk holding his signature bullhorn with the inscription "Hope will never be silent."

Milk and Mayor George Moscone, as you likely know, were tragically assassinated by former Supervisor Dan White at City Hall on November 27, 1978.

Montanía tells Hoodline he was not aware that the mural was going to be painted over. "It's sad because I saw some recent pictures and the mural looked in good shape," said Montanía. 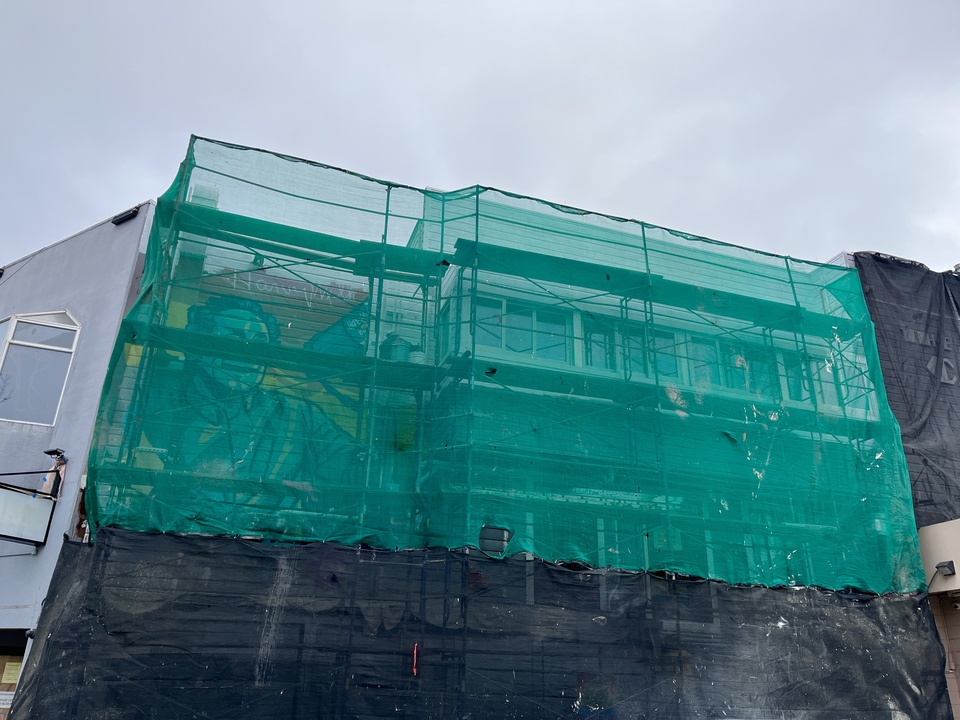 At the time of the mural unveiling in 2018, Stolichnaya vodka revealed a limited-edition vodka bottle that featured the mural on the label.

Patrik Gallineauz, national LGBT ambassador for Stoli, tells Hoodline that he was notified the mural would be painted over.

"The Cafe apparently has to replace beams in the wall for water damage," said Gallineaux. "The Cafe recently let me know they had to do so to complete the work for building code and safety."

Public records indicate no permits were filed for the repair work on the exterior of the building.

"Obviously, I pushed back to be sure there is no other option as the mural is amazing and adds so much to the community," said Gallineaux.

Gallineaux tells Hoodline that he's reached out to the first lady of the Castro, Donna Sachet along with the family of Harvey Milk and the Harvey Milk Foundation. 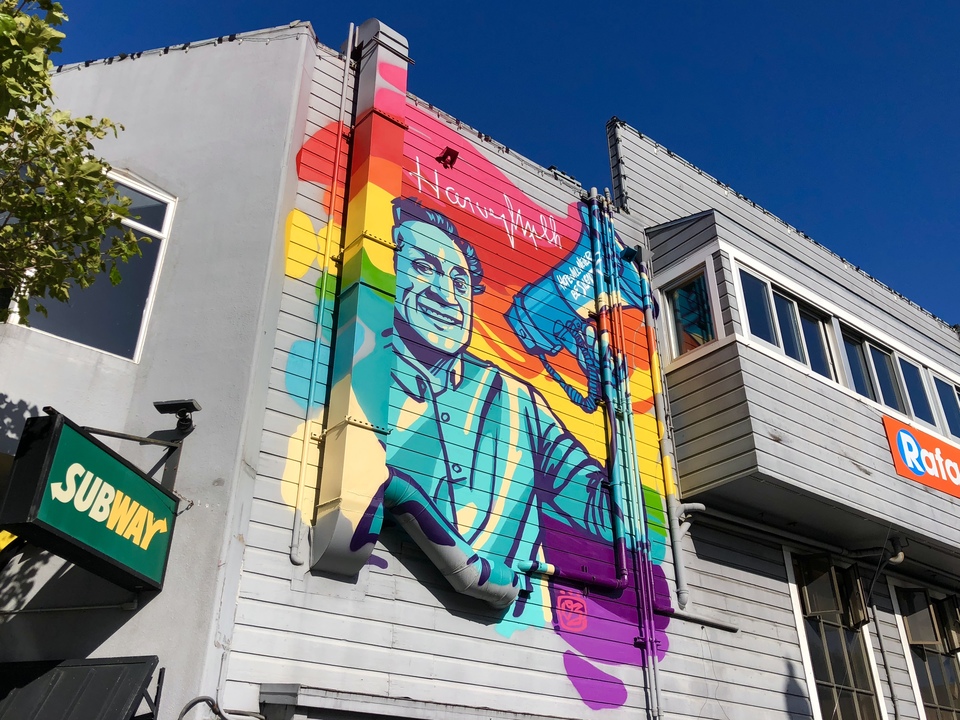 "I can't believe that such a carefully planned and positively received work of art has been totally destroyed," said Sachet.

"I have spoken to Patrik who was told that certain water damage to the side of the building needed repair and improvements," Sachet added. "But he was not told that the mural would need to be destroyed, nor has he been contacted about replacing it."

"Having been there at its unveiling and met the very talented artist, I am truly sickened by the loss of this reminder of Harvey Milk and his legacy," said Sachet. "The Castro is diminished once again."

Hoodline reached out to the Harvey Milk Foundation for comment but did not receive a response.

"It makes me sad to imagine it is now being painted over," said Gallineaux. "I suggested to The Cafe that perhaps I can spearhead some sort of fundraiser in the future to have the mural or similar repainted."

At this time there are no plans to repaint the mural. "The Cafe did not mention any initiative on their end to me," added Gallineaux.

As Hoodline learns more about this story we will keep you updated.