The first-ever Portola Music Festival — the two-day concert series that was held this past weekend on Pier 80 — included outstanding performances from famous acts like Charli XCX and Flume, but most of the festival's high points were kicked down a notch due to long lines and dangerous crowd conditions.

Created and organized by Goldenvoice, which is a sister company of Anschutz Entertainment Group (AEG), Portola is aiming to become a staple electronic-dance music festival that can responsibly fill the 60-acre facility at Pier 80. With two warehouses and enough open space to erect temporary dance halls, the venue, itself, has all the potential to host a destination-worthy extravaganza. Coupled with the roster of artists associated with Goldenvoice, Portola Festival's potential is strong. 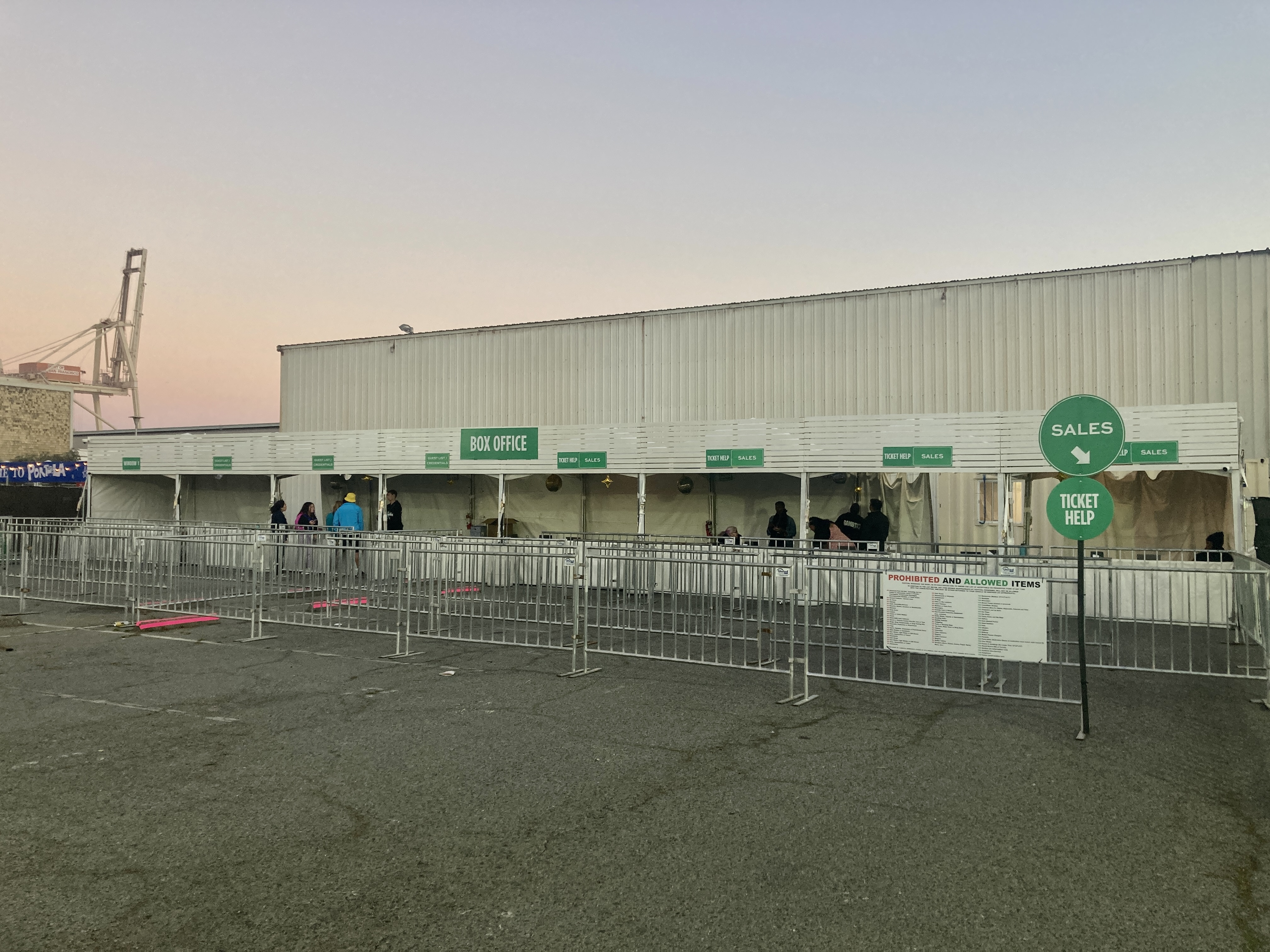 But as its inaugural weekend festival proved, it has quite a long way to go.

Arriving at Portola required a fair bit of walking. Festival attendees arrived by way of a shuttle, public transit, or by either foot or bike at the intersection of Illinois and Cesar Chavez streets, where they were then greeted with an array of signs guiding them to the box office for ticket retrieval, VIP and GA entrances, and appropriate emergency exits. 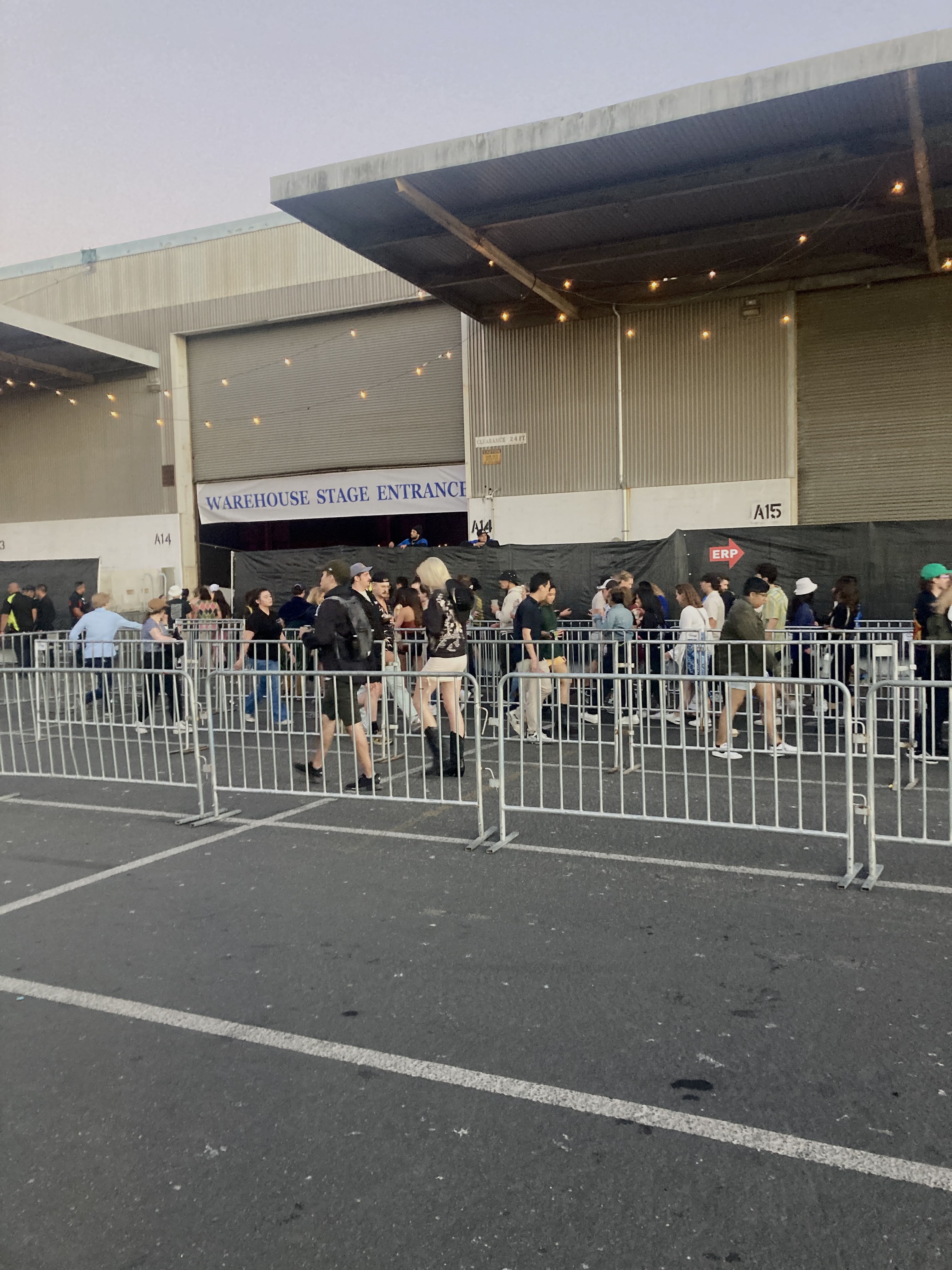 Ticket retrieval at the box office was an overall speedy and straightforward experience. Navigating the festival, however, isn't such an easy affair. Cookie-cutter drink and food stations lined the pier — all of which sported identical menus, carrying the same crazy high prices that rivaled the edible offerings at Outside Lands a month prior. There was one central dining area adjacent to the Crane Tent — one of two performance tents that hosted smaller, but no less exciting acts like Dials and Shygirl.

Akin to Outside Lands, groups of portable toilets were spread around the concert grounds; those located in the VIP area were noticeably better, cleaner, and less of a nightmare to use. Water bottle refilling stations were plentiful throughout the festival grounds. Blue, quasi-cushy astroturf was laid out in front of the Pier Stage — an unexpected, but delightful surprise that was kinder on our feet and allowed us to sit down and enjoy James Blake. 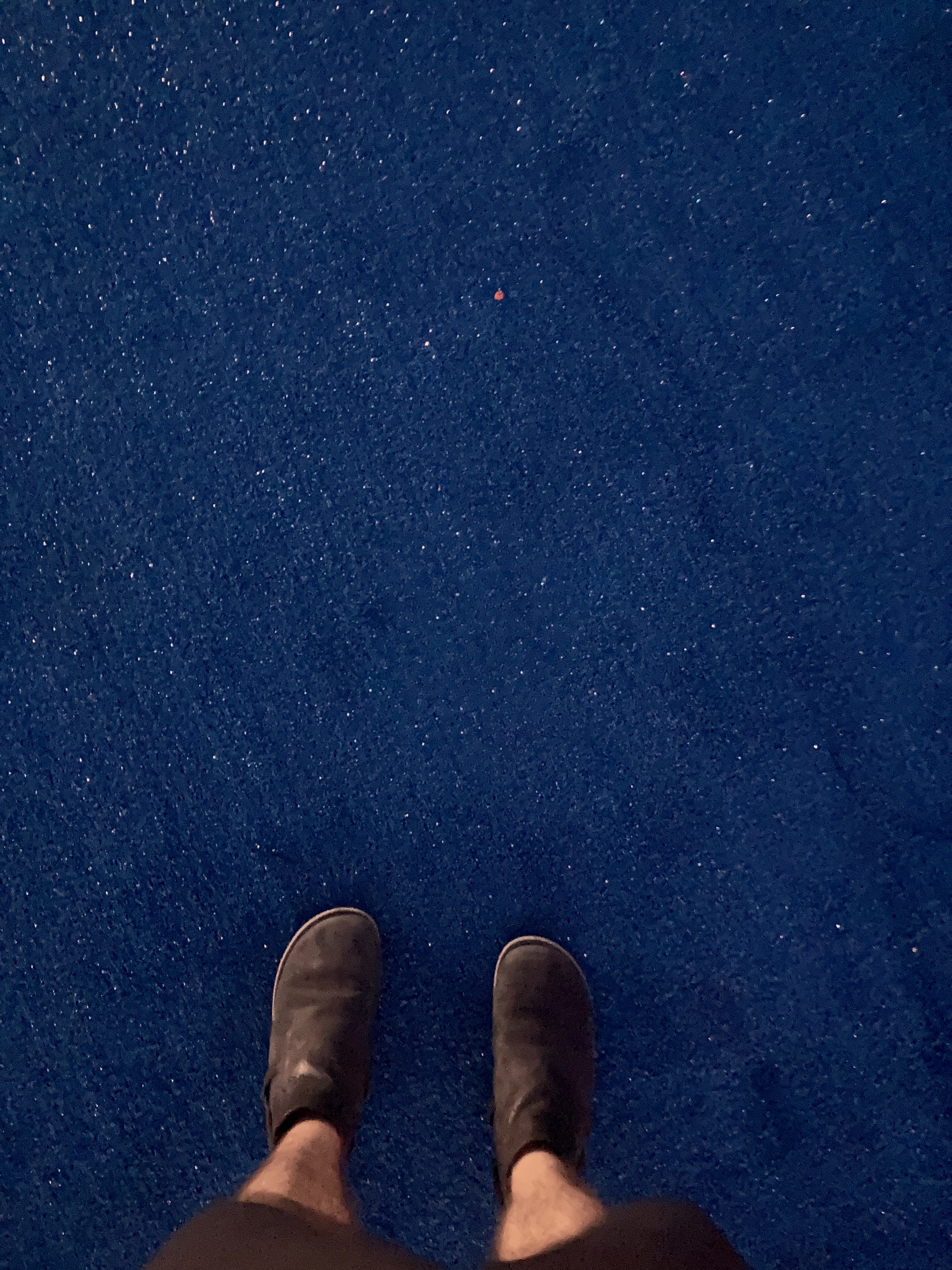 The weekend’s big acts — Charli XCX, Flume, The Chemical Brothers, etc. — attracted a young-skewing crowd that appeared to be mostly mid- to late-twenty types. As SFist noted in its coverage of the festival, it’s unclear just how big the crowd size was at Portola Festival, but it wasn’t comparable to the 80,000 people Outside Lands sees every year.

It was, however, large enough to cause crowd safety concerns, particularly at the one, fully enclosed stage. Videos surfaced Saturday showing masses of people swarming the Warehouse Stage after security seemed to be holding the door over a capacity issue. Immediately, comparisons to Astroworld were drawn. Following the incident, Goldenvoice released a statement saying that the crowd safety problem was a “minimal, isolated issue.”

Many attendees noted that, once inside, the Warehouse venue was enormous and not at all crowded — and the use of just a couple points of ingress and egress seemed highly questionable, if not outright dangerous. 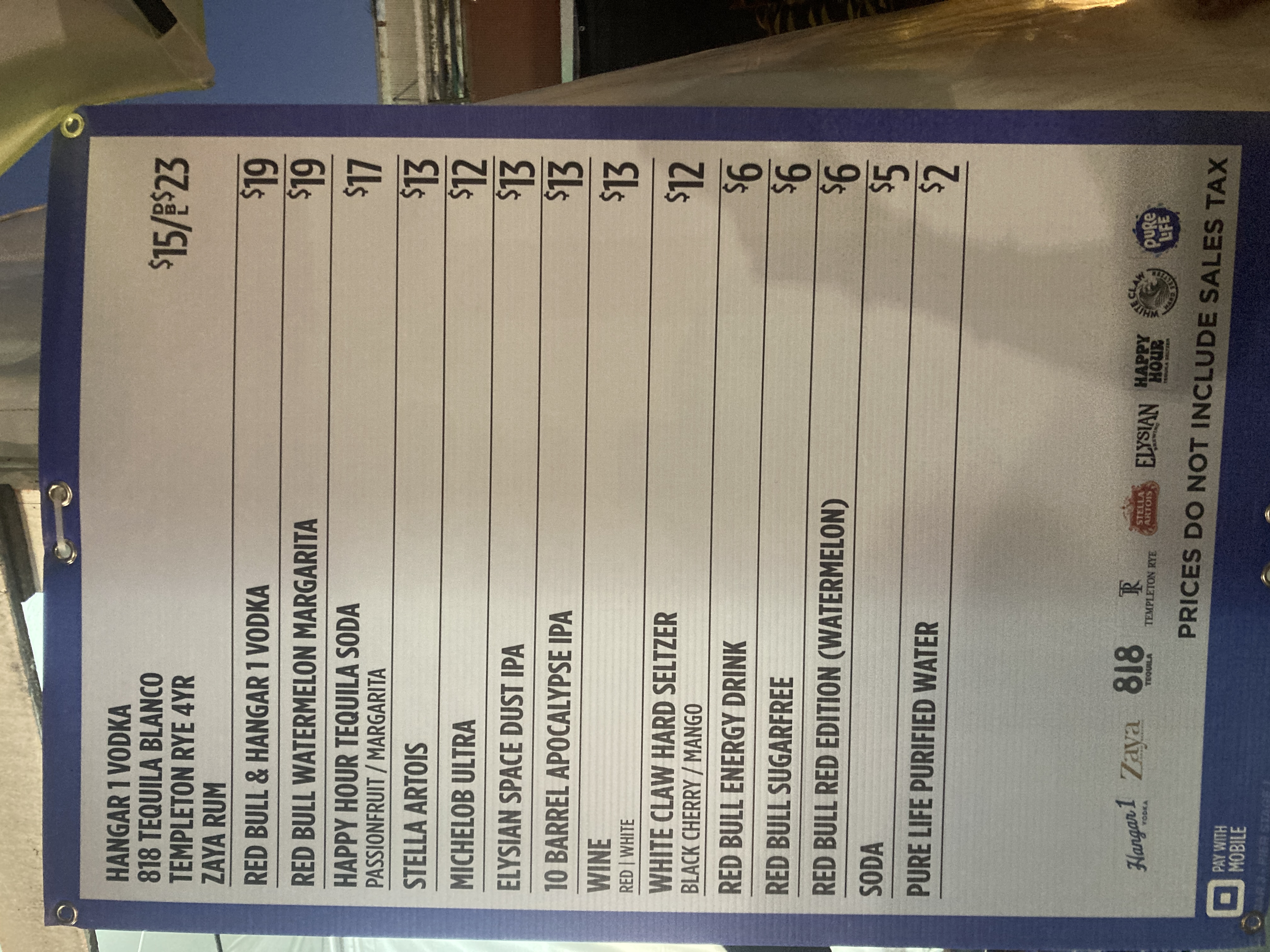 “There was a minimal, isolated issue with a festival stage entrance [Saturday],” a representative for Goldenvoice wrote in a statement published by Billboard. “This occurred within the confines of the grounds and was quickly addressed and corrected. There were no reported injuries and the festival continued for another six hours without incident.”

These concerns combined with the common long lines we found when ordering food and needing to use the restroom, it was hard to shake loose the notion that this festival sold too many tickets and was woefully unprepared to manage the massive crowds.

Portola Music Festival’s first-ever time up to bat wasn’t exactly a homerun, nor was it an outright strikeout. It crashed somewhere in the middle. Only time will tell if it clears all the bases to become a worthwhile staple on our entertainment calendars.

*All included images are courtesy of Hoodline/Matt Charnock

San FranciscoDogpatch
About 20 hours ago