Ground Broken On New Building At Hayes And Polk

Photo: Andrew Dudley/Hoodline
By Andrew Dudley - Published on May 27, 2014.
San FranciscoCivic CenterHayes Valley
Yet another multi-story apartment building will soon be rising on Hayes Street, joining what's already a bevy of ongoing projects in the area.
Construction got underway recently on 101 Polk, at the corner of Hayes.  What was formerly a 58-space parking lot will soon be home to a planned 13-story building that'll look something like this: 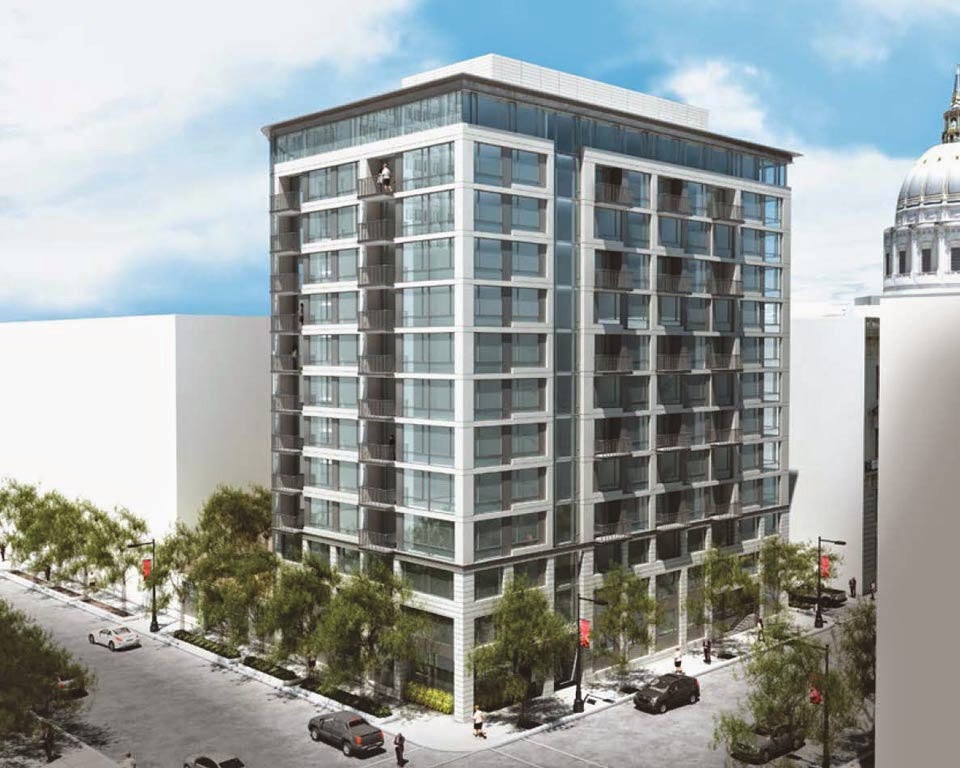 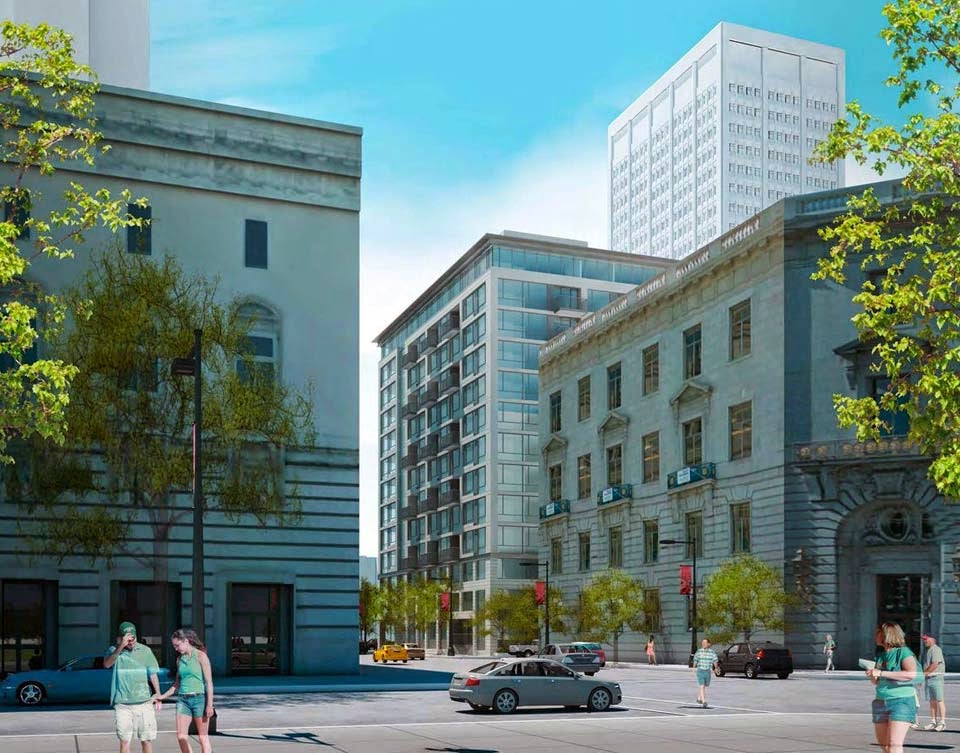 Emerald Fund
When completed, 101 Polk will feature 162 rental units, 19 of which will be available below market rates.   There will be 2 roof decks, 51 underground parking spaces, and 62 bike parking spaces.  The project will also bring streetscape improvements to both Hayes and Polk, including street trees, bike racks and sidewalk plantings.
Emerald Fund, the developer behind the project, estimates that it will take about 20 months to complete, according to the San Francisco Business Times.  So, expect 101 Polk to open around the end of 2015 or shortly thereafter. Until then, it'll join the long list of buildings under construction in and around the neighborhood.
San FranciscoCivic CenterHayes Valley
Jun 18, 2021