Photos: Stephen Jackson / Hoodline
By Stephen Jackson - Published on October 03, 2014.
San FranciscoDivisaderoAlamo Square
Last month, we reported that Primo Pizza, the new spot on the corner of Turk and Divisadero was set to open its doors on September 15th. Well, as these things tend to go, that date got pushed back a bit while the Primo team put some finishing touches on the restaurant.
However, the wait is over. Primo Pizza opened its doors on Wednesday, October 1st and is now happily slinging pies to the north end of the Divisadero corridor.
We stopped in to check out the new digs and see what the place was all about. 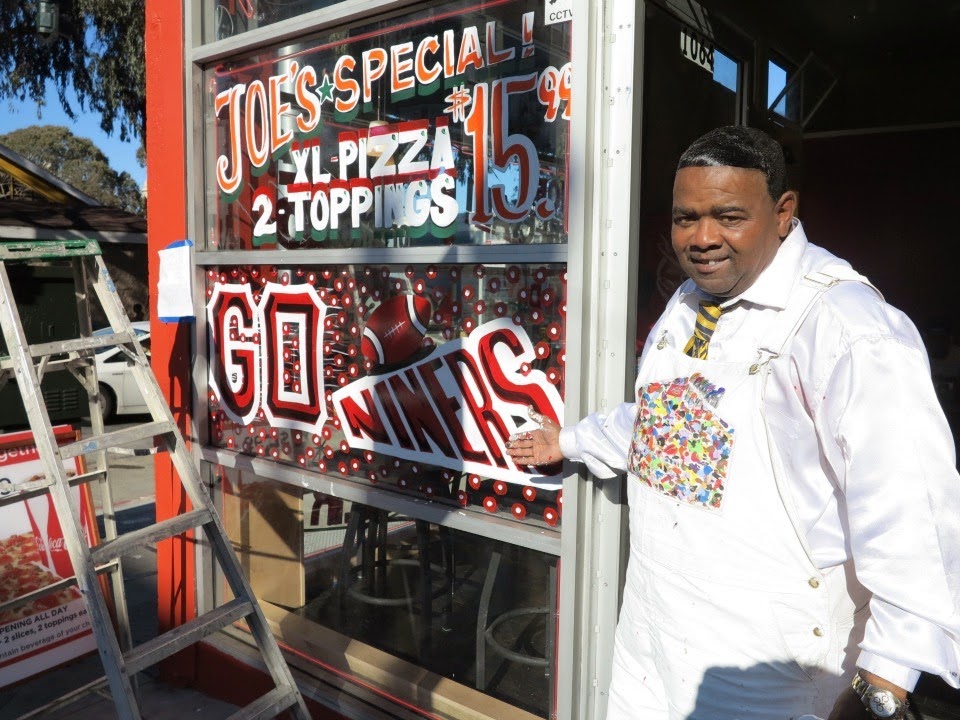 “The pizza is just great. They put just enough tomato paste on there. Trust me. You got to try it for yourself,” says John Serastrun (pictured above). He was just finishing up their new window treatment when we arrived. Incidentally, John has lived in the neighborhood his entire life. He has 45 years of sign painting experience and runs his own business, John’s Sign Company.
But back to pizza. The inside is everything you’d expect from a straightforward, old-school pizza joint. There’s a huge menu on the wall behind the counter, ample seating, and a drink cooler full of sodas. It was even complete with some local kids eating slices after school. 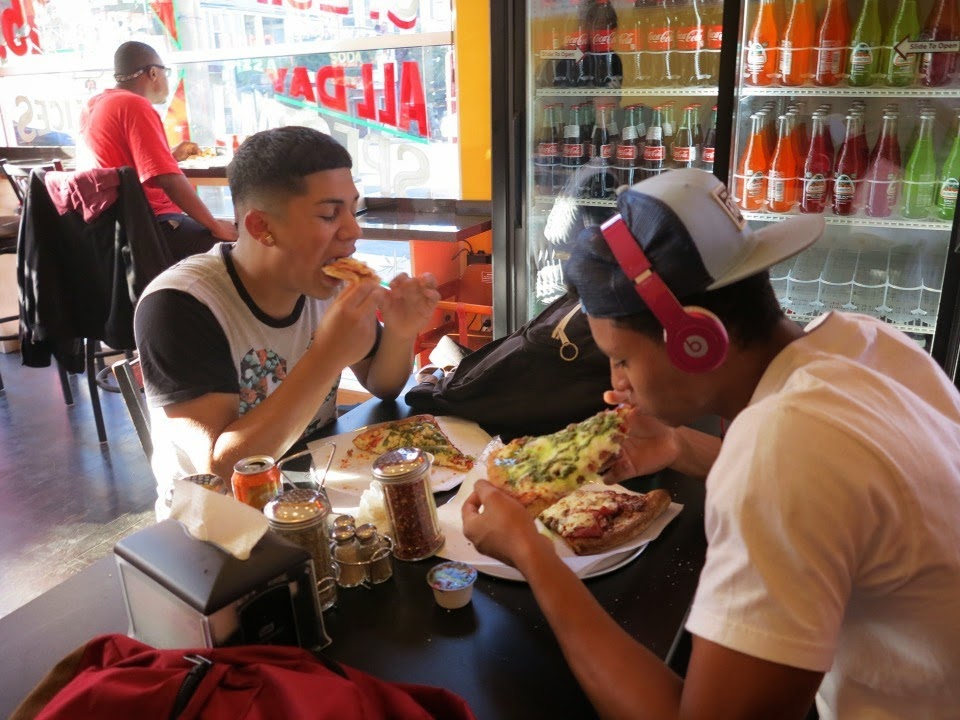 “It’s smackin’,” said Zion, one of the shops first patrons. “It’s the place, man. We’ll be up here every day.” His buddy Trey chimed in: “For $5.99, it’s such a good deal,” in reference to the opening special that offers two slices with two toppings and a soda for under six dollars.
Primo is also offering an extra large pizza with two toppings for just $15.99. Both deals will be available for the next few months, according to partial owner Dave Elder. 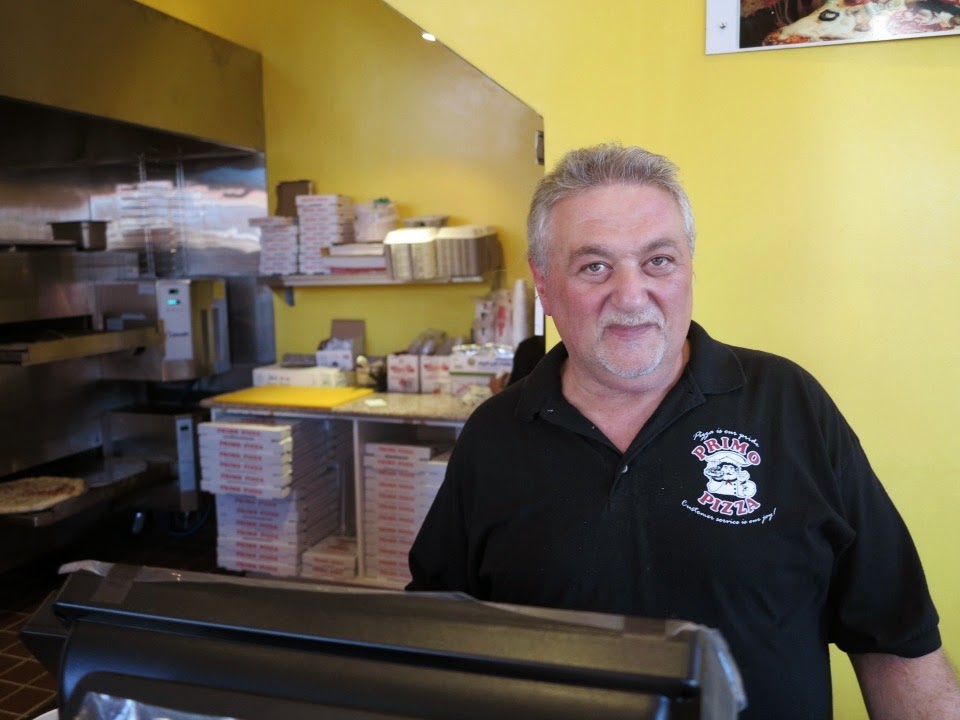 Dave is uncle to "Joe Primo’, the man we spoke with in the last article, who will be predominantly running the show around there, along with his mother, his wife and Dave’s girlfriend. It’s the same family team behind the Daly City Primo Pizza, which has been open for the past five years.
“So far, we’re really happy to be in the neighborhood. It seems like people are happy, too. They were just waiting for some food down here,” Dave told us.
He said his personal favorite pizza is the Primo Special, which comes with double pepperoni, sausage, salami, mushrooms, onions, bell peppers, and tomatoes. 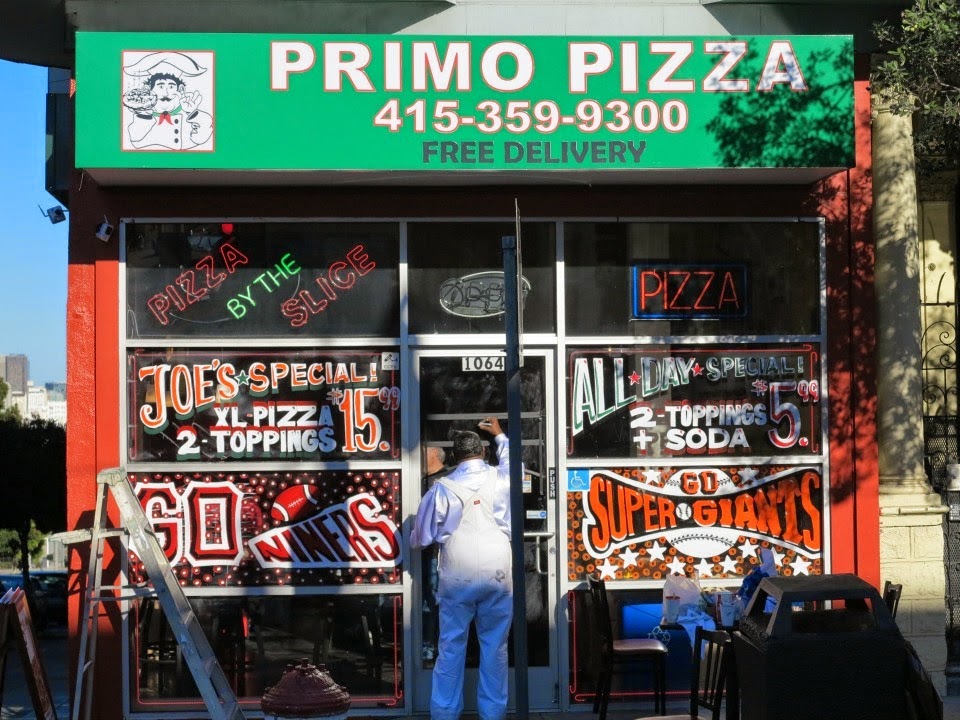 Curious? Head on over there and try some for yourself. The new spot is open from 11am to midnight, seven days a week. The owners also plan to have some TVs up soon and according to Dave, they are still thinking about whether or not to apply for a beer and wine license.
San FranciscoDivisaderoAlamo Square
About 7 hours ago