Photos: Andrew Dudley / Hoodline
By Mike Gaworecki - Published on December 01, 2014.
San FranciscoLower Haight
After 45 years in business at 505 Haight St., William "Mac" McElroy has closed up Aquarius Barber Shop for good.
McElroy first opened the shop in 1969, naming it after his wife’s astrological sign, and has seen the Lower Haight go through many changes over the years. As he told Hoodline back in 2012, "I've seen the beatniks, the hippies, the skinheads, the yuppies, the gays." And, presumably, he has cut all their hair (except for the hippies, we assume).
Now, at 83 years old, McElroy has decided to retire, according to his landlord Chris George. Aquarius has been closed for most of the past month, and in recent weeks some of the shop's furniture could occasionally be seen out on the sidewalk. Our attempts to reach McElroy for comment have thus far been unsuccessful. 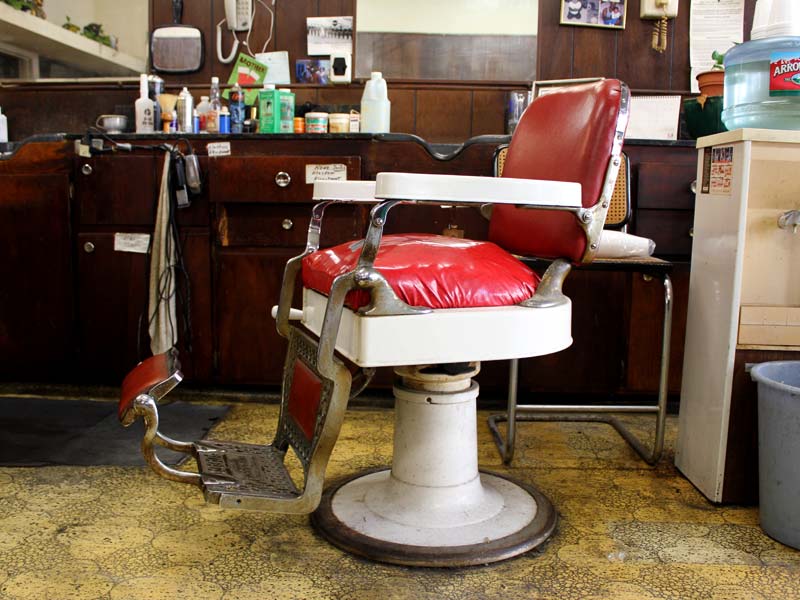 Known for its $11 haircuts, antique chairs, and old-school illustrations of men’s beard styles on the wall, Aquarius was steadfast in not changing with the times. That was probably a factor in director Gus Van Sant's decision to shoot an entire scene of the 2008 film Milk with Sean Penn inside McElroy's barber shop. McElroy played the barber in that scene, even delivering a few lines, which earned him an official movie credit (and IMDB entry).
There is no word yet on what will succeed Aquarius in the space, but George tells Hoodline he hopes for it to be another barber shop. We'll keep you posted.
Stephen Jackson contributed reporting to this story.
San FranciscoLower Haight
About 5 hours ago