Moving Truck Stuck For 10 Hours On Waller And Alpine

Thanks to tipster Jesse B., we received some great photos of the scene, which was described as "quite a spectacle for the neighborhood." 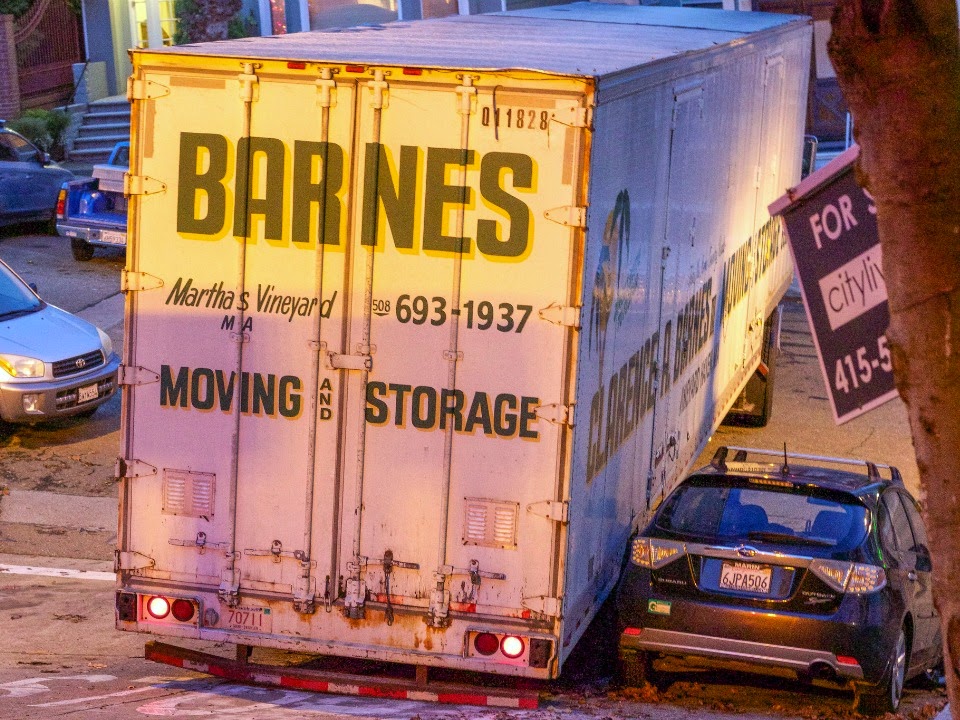 The truck blocked the entirety of the intersection, requiring residents and those passing through to take an alternate route. 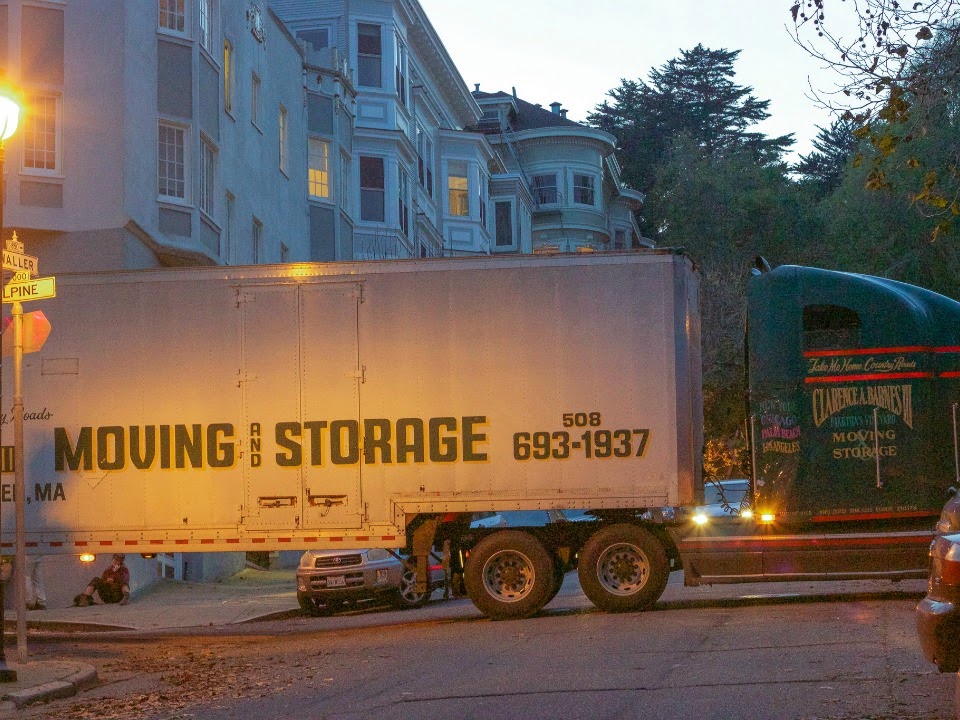 According to the website for Barnes Moving and Storage (based out of Martha's Vineyard in Massachusetts), they offer a guarantee that they're "still doing business the 'Old Fashion Way.'" With geography in mind, one can assume that drivers used to handling the gently rolling hills of Martha's Vineyard may not be used to the absurd grades of San Francisco's streets. Or more specifically, the appropriately-named Alpine Terrace.
In the end, a tow truck had to remove the trailer's underride guard to allow more freedom of movement. By 10:30pm, almost ten hours later, Barnes Moving was able to complete its turn. 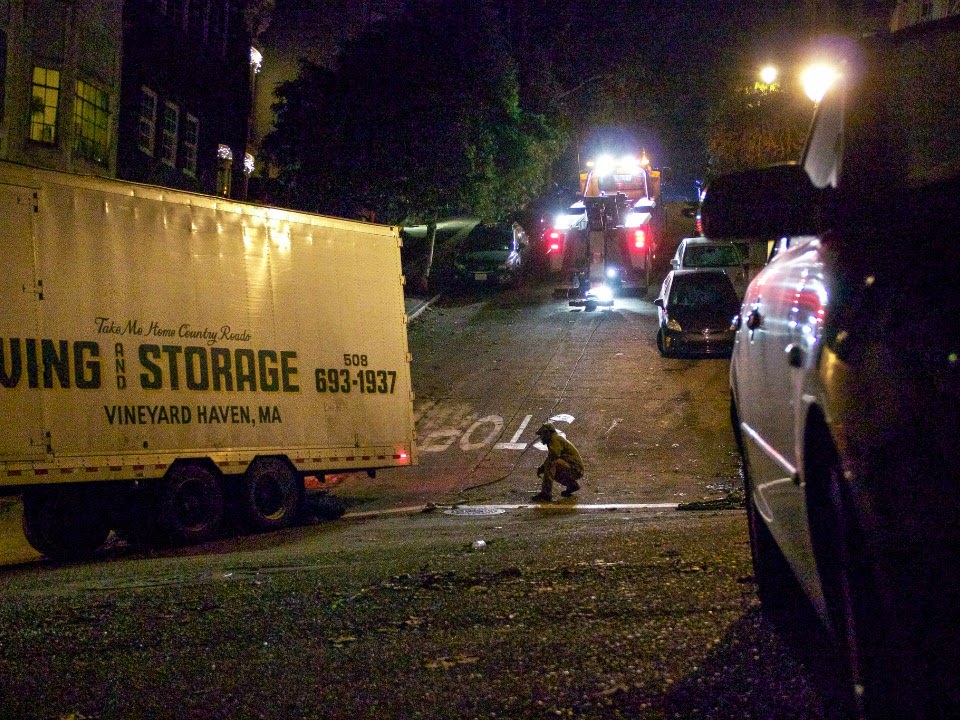 And thus, the story of yet another long large vehicle getting stuck on San Francisco's notorious hills comes to an end. We hope the new residents of our city, as well as the movers from Martha's Vineyard, have learned their lesson.
San FranciscoDivisaderoUpper Haight
Jun 18, 2021