"Now that six deep-pocket newcomers to the mid-Market are more than three months into the process of 'giving back' as part of the community benefit agreements they signed to qualify for the Twitter tax break, the committee that was the community’s sole voice in the process has been sidelined on a technicality. For how long is unclear.”

That was the lead in Central City Extra’s June 2013 news story — part of its ongoing coverage of the tech giants’ agreements and the Citizens Advisory Committee created to guide them.

For context and a quick refresher on Central City Extra's ongoing coverage of the issue, scroll down to see previous articles on the topic.

Below is the latest installment of the saga, by Mark Hedin, a reporter for the Central City Extra who has kept a close eye on the Central Market/Tenderloin Payroll Expense Tax Exclusion and the Community Benefit Agreements the city signed with six of the tax-break recipients, including Twitter, Zendesk and Spotify.

Robert Marquez, vice-chair of the committee that is the public’s only voice in official efforts to mitigate skyrocketing mid-Market development’s effects on the central city, has resigned his seat. Marquez’s move surprised some colleagues: A frequent, impassioned community advocate, chair Peter Masiak had assumed he’d take on the duties that Masiak has expressed a desire to relinquish.

“I left the CAC in response to the effort that was put into negating and minimizing the CAC’s input into the formation of the CBAs by the folks who are supposed to be supporting and administering the process,” Marquez wrote in a statement to The Extra. “It’s really unfortunate that the folks negotiating the agreements on behalf of the community living there have written them to heavily favor the companies.”

The Citizens Advisory Committee for the Central and Mid-Market Area was created on the heels of City Hall enacting the “Twitter tax break” in 2011. Under terms of the legislation, companies with million-dollar-plus payrolls are required to execute a Community Benefit Agreement in exchange for a break in their payroll taxes.

Twitter, Zendesk, Microsoft subsidiary Yammer, Zoosk, One Kings Lane and Spotify have signed such deals – Zendesk was first in 2012, the others signed on in 2013, except for Spotify, which joined their ranks last year. The largest three, Zendesk, Twitter and Yammer, all got three-year pacts this year that will carry them through most of the remaining years of their six-year maximum eligibility for the break.

“They've locked themselves in,” Marquez told The Extra. “The Twitter conversation isn’t going to be a conversation on a fair return — it's going to be on the limitations of their multiyear deal. It’s all in the box.”

The CAC-created framework for these agreements looks to help the area by contributing to its economic development, local employment, and stability for residents, nonprofits and small businesses. The Extra has been following developments in the CBA process almost since their creation in 2012.

“The benefit agreements could have been more of a win-win,” Marquez wrote. “For some, the money they spend to buy food for their employees is considered a community benefit. Money that could have been used to hire locals for jobs is used to pay tech company employees to volunteer.” 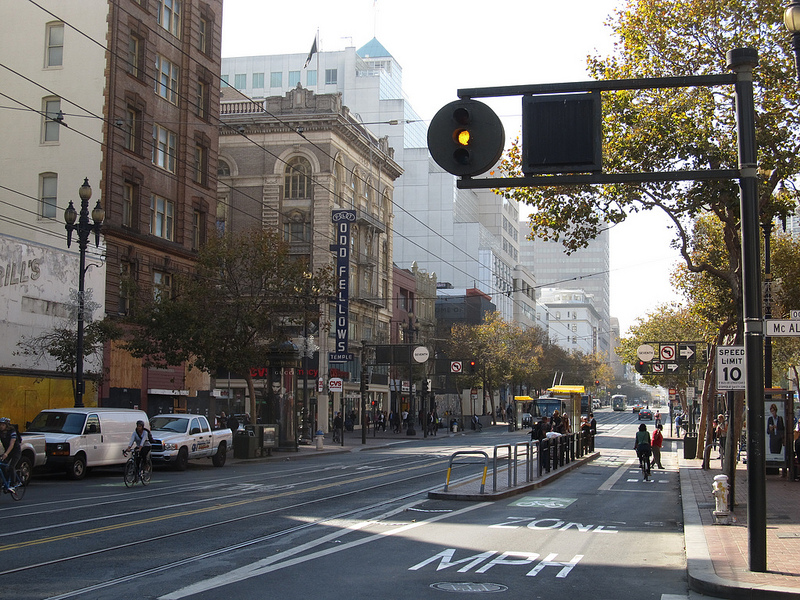 The 11-member CAC appears to be disintegrating. Eva Pirring, representing neighborhood low-income families, has indicated that she’s considering leaving the volunteer position when her term ends in August. John Bogacki has been serving as representative of seniors or the disabled since November, when Nella Manuel resigned. The committee, she told The Extra, “doesn’t do anything.”

Despite Bogacki and colleague Rob Gitin having been on the panel since October of last year, when they replaced Manuel and Jeff Kositsky, respectively, their positions are still listed as open on City Hall’s Website, and despite his having resigned in mid-February, Marquez’s seat is not.

Marquez’s departure creates a vacancy for the seat designated for a community-based organization or direct service rep. Another seat, for a person with commercial real estate and lending expertise, has been empty since Mara Blitzer resigned in November 2013.

Members are not paid for their work, and their recommendations are not binding. In 2014, City Administrator Naomi Kelly approved all six companies’ CBAs despite the CAC having voted against all but Zendesk’s. In 2014, resigned to the certainty that the pacts would again be signed regardless of the CAC’s opinion, the panel gave them all their blessing in apparent hope that the companies would live up to the spirit of the process and the original, unwritten and no-longer-discussed expectation that they spend about a third of the value of their tax savings in the community.

“What is a fair return in community benefits from companies that have blossomed into $100 million and $25 billion companies?” Marquez asked. “I guess with the multi-year deals in place, it makes it easier to sit back and assess if $3-$4 million in benefits over three years from a $25 billion company is appropriate.

“Their approach to the process seemed so zero-sum gain in favor of the companies when it could have easily been more of a win-win situation, seeing how the companies had already won their share with the tax break.”

At the almost-monthly CAC meetings, the companies that have signed the agreements report on their activities and take questions and comments from the panel and the public. One Kings Lane has boycotted the meetings for more than a year now, when its community liaison apparently found the burden of appearing before the panel, and perhaps taking its criticism, too distasteful.

For background on the unfolding story behind this most recent update, check out Central City Extra's archive of past coverage:

July 2013: CAC poised to be back in business

October 2013: Tax break tech help too tech for the TL

February 2014: People’s panel OKs Zendesk— says no to 5 other CBAs

March 2014: Seniors all but snubbed by the tech tax breaks

San FranciscoMid-MarketTenderloin
About 11 hours ago