Creed led off with an overview of recent criminal activity in Park District, which is still seeing high levels of automobile thefts and break-ins. According to Creed, investigators are close to making arrests in a chain of vehicle-related crimes, but hot prowl burglaries, in which perpetrators enter an occupied home, continue to plague the district.

Officers from Park Station made a recent arrest in a case where a BMW and $50,000 worth of items were stolen from a home on Delmar Street. "The suspect was captured in the stolen car, and all property was recovered," said Creed. Investigators allege that the perpetrator used a garage door opener, stolen weeks before the burglary, to gain entry. 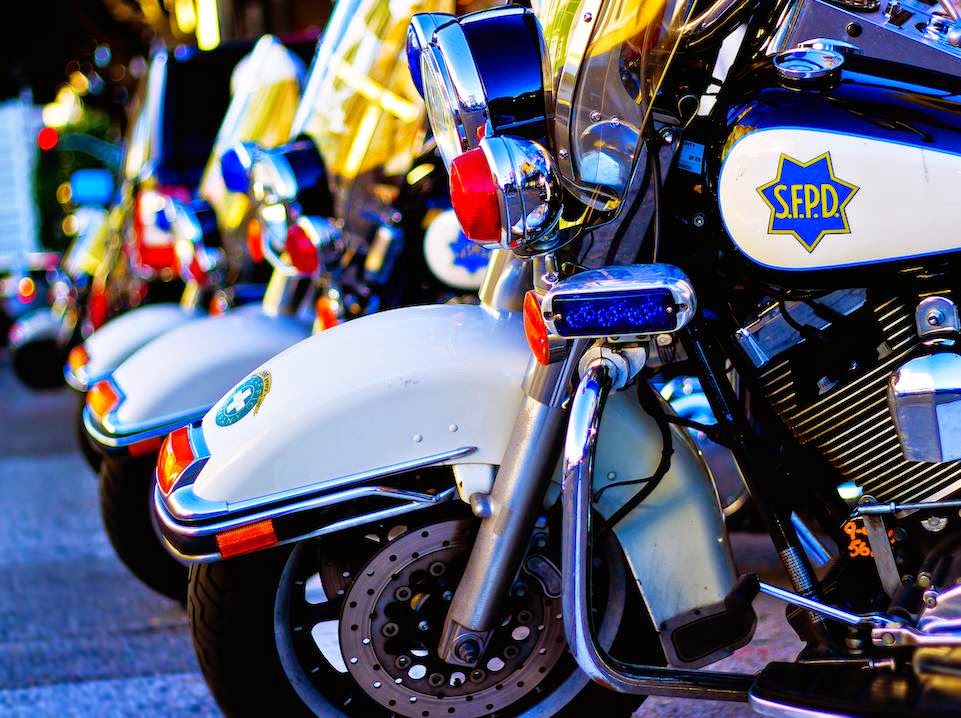 Along Park Station's newly redistricted eastern edge along Divisadero, a cluster of cell phone snatchings resulted in four juvenile and two adult arrests, said Creed. "Muni video is fabulous," he added. "Investigators say to bring a box of popcorn, because it's like watching a movie." In one recent case, officers in Park Station's Investigative Unit used social media to identify a perpetrator from Muni surveillance video "who had a distinctive hairstyle."

Sgt. Ron Meyer, who helps manage events in Park District, gave attendees an overview of the Haight Ashbury Street Fair and Alice Radio's Summerthing concert in Golden Gate Park. At this year's street fair, "there was less alcohol, and less Hell's Angel related activity" since booze restrictions were put in place last year. Compared to 2014, SFPD made 33 percent fewer arrests: two for drunk and disorderly, a narcotics arrest, and another for a suspect with outstanding warrants.

"That's pretty minimal for a gathering that has 70,000 to 80,000 people moving through it," said Meyer. "The high point—or low point—was a large group of naked men that no one really complained about," he said.

Even though the Summerthing concert drew about 10,000 fans to Sharon Meadow on June 28th, Meyer said "there was no enforcement necessary" at the free day-long event. This weekend, Park Station expects about 15,000 people to gather in Sharon Meadow for the AIDS Walk and a post-event concert. 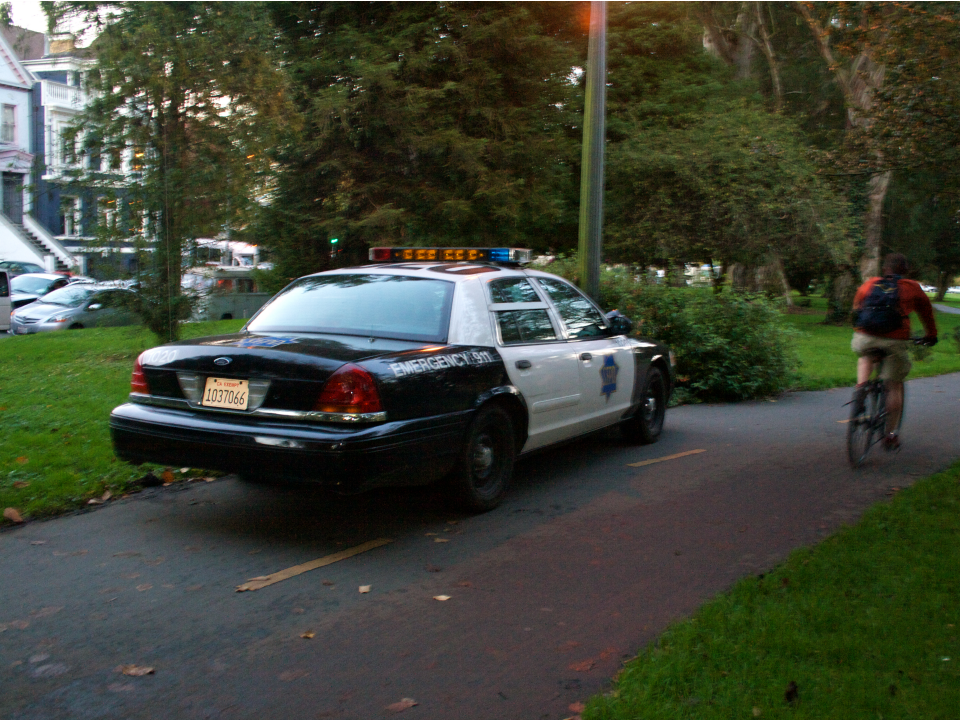 The vast majority of citations (94 percent) were given to automobiles; bicyclists received 5 percent, and pedestrians received 1 percent. "The damage that a car inflicts is far worse than what a bike can do, but we get the most complaints about bicyclists," said White. Citation details are used to create a database that identifies the most accident-prone streets and intersections, White said, adding that 70 percent of all collisions occur on 12 percent of city streets.

To date, SFMTA has planned more than 200 pedestrian safety zones around the city; White said Vision Zero complements the agency's Muni Forward program, which promotes rider safety and faster travel times. "We're trying to go out and make sure everybody understands why the rules are."

Creed related the Vision Zero initiative to a program announced last month to step up traffic enforcement for bicyclists in Park District. "Why are we going after the bikes? Because we already go after the vehicles," said Creed. "We need to address the issue that some bicyclists are reckless and blow through stop signs."

For the first 20 days, officers will step up education efforts to let cyclists know "they're supposed to obey most of the same laws as motorists," said Creed. After that, plans call for ramping up enforcement by writing more citations. Apart from the fatalities, "hundreds are severely injured" each year in traffic accidents, said White. "Historically, we thought they were just the cost of doing business in a busy city," but "change can happen," White said.

Park Station holds its monthly community meeting on the second Tuesday of each month at 6pm, 1899 Waller St. The next meeting will be held on August 11th.