After the news broke that incumbent District 3 SupervisorJulie Christensen had conceded the election to Aaron Peskin, we caught up with the incoming supervisor to get his thoughts on his win and his plans for leadership moving forward.

The biggest message he has for the community is this: "I really look forward to being a representative for everybody, regardless of whether they supported me or not," Peskin said. "I really want to be everybody's supervisor for the next many years. I want to heal the rifts in the community." He can take office upon final certification of the election, which is likely to be in early December, he said. 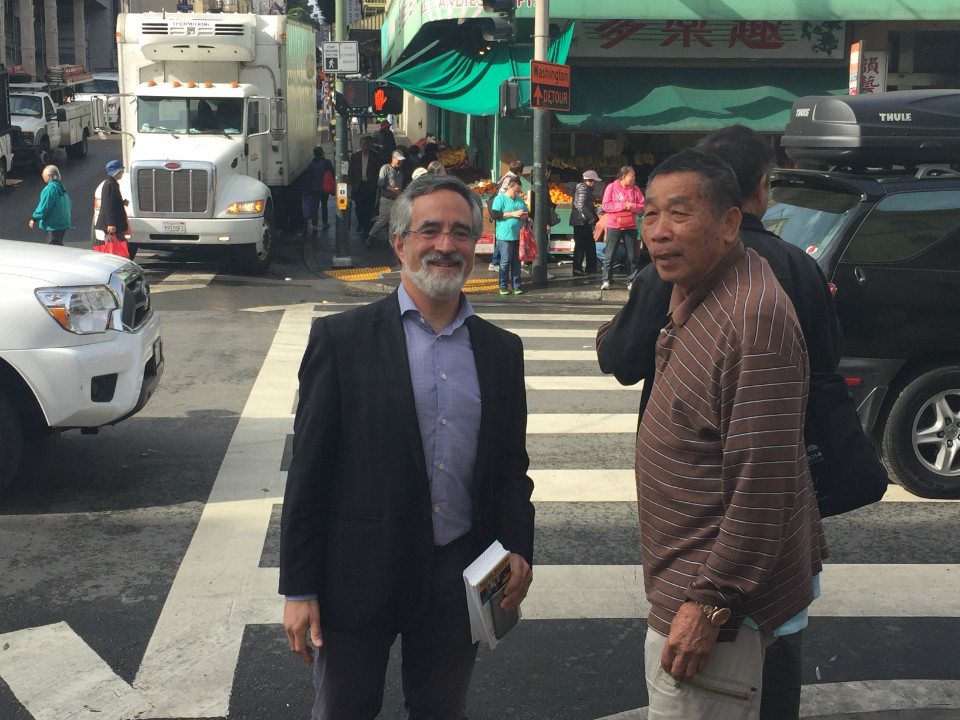 Once that happens, we asked what he plans to tackle right away. Not letting any moss grow, Peskin told us he already talked with Airbnb representatives today in the wake of the Proposition F defeat.

"The ballot measure went away, but the issue hasn’t gone away," he said. Airbnb knows another measure might pop up in 2016, and in an election year with more voter interest, things might not go its way.

Peskin has asked them to come to the table for negotiation. "I am hopeful that perhaps we’ll be able to curb the most egregious instances of abuses that result in permanently affordable rental housing stock being removed from the market, exacerbating the eviction crisis," he said. 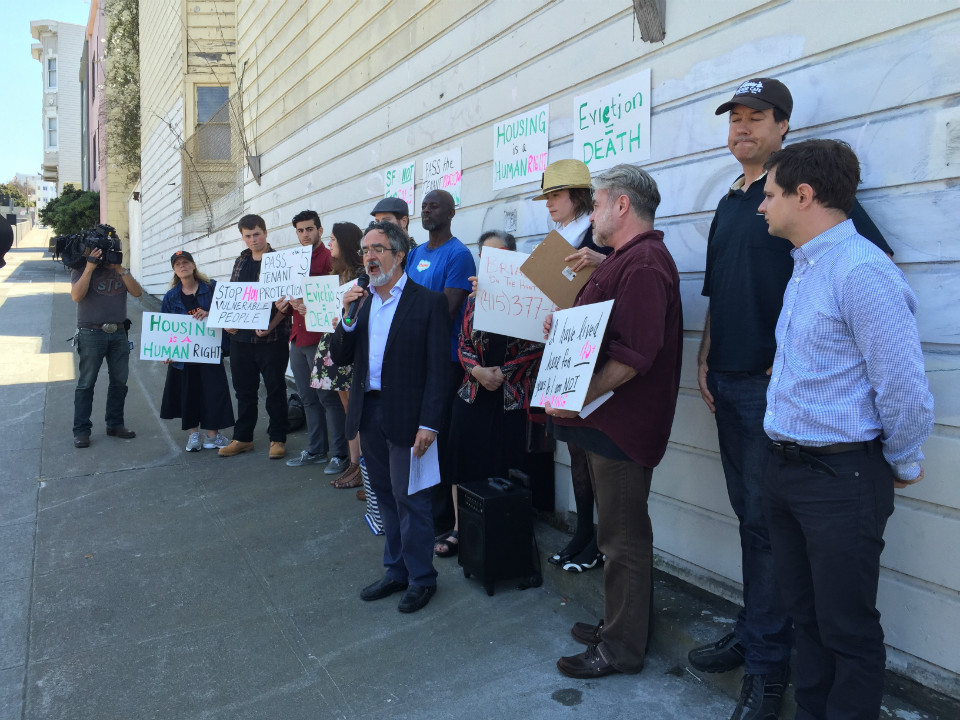 Peskin at an anti-eviction protest in June.

Mayor Lee was also on Peskin's agenda today; the two discussed affordable housing. Peskin said with the passage of Proposition D, it shows that the city can require developers to include more affordable units in large development.

The ballot measure allows an increase in height limits for a multi-use development at Mission Rock, and Supervisor Jane Kim (a Peskin ally) pushed for the developers—the San Francisco Giants—to include 40 percent affordable units over a wide spectrum of income ranges. "Right now, the city’s requirement is 12 percent, Peskin said. "I think we can raise that, and I discussed that with the mayor today."

On a more day-to-day topic, Peskin said he reached out to Recology this morning to start a conversation on whether they could agree on or pass legislation to require that all of the garbage cans get locked so they don’t get kicked over or blown over, sending piles of trash into the streets. 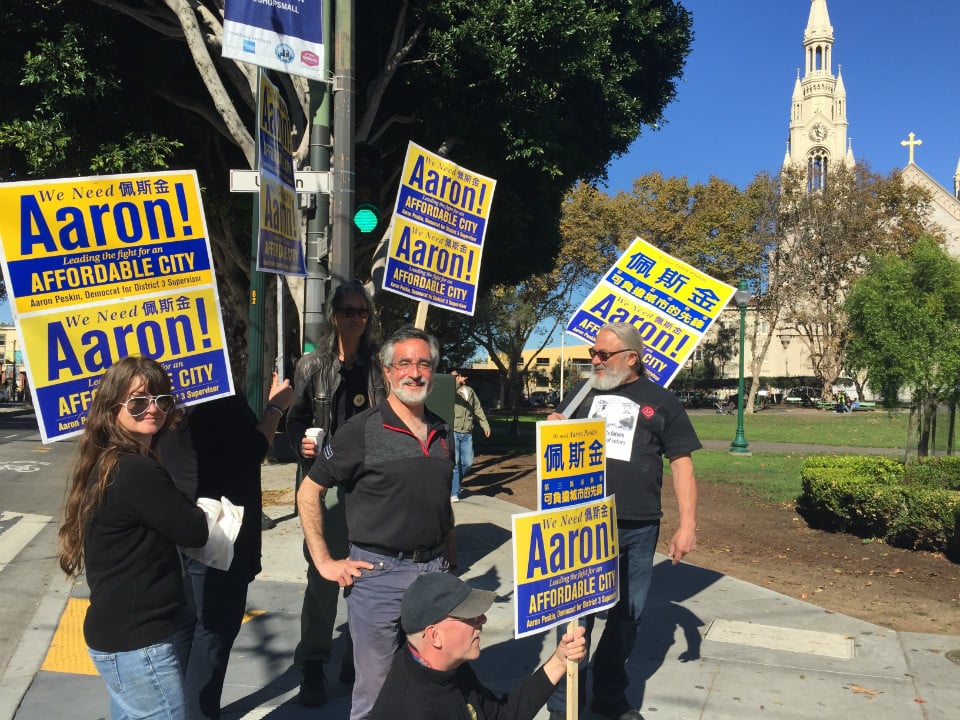 We had to ask about allegations of voter fraud that claim his camp filled out ballots for monolingual Chinese residents without their approval. "It’s going to be investigated by the district attorney," he said. "All I can say is, we ran a good clean campaign. I am very, very proud. We won votes the good, traditional way of talking to people and listening to people and being in the community."

He continued, "Our campaign was totally positive. You never saw one piece of negative campaign literature that came from the Peskin campaign." Many of Christensen's campaign mailers focused on saying negative things about Peskin. "Now’s the time for people to move past that," he said.

Peskin also had kind words for Christensen, saying, "I respect the work that my longtime neighbor and colleague Julie Christensen has done for the betterment of the community, and I look forward to working with her and her supporters and our neighbors to move our communities in district three and the city forward.”

He added he won't be at the community celebration of Joe DiMaggio Playground from 11am–3pm November 14th because he and his wife, Nancy Shanahan, are going on vacation to Nepal tomorrow for a couple of weeks. "I believe that Julie Christensen deserves a lot of credit for her work on that project," Peskin said. "If I were in town, I would be there saluting her for her work on the Joe DiMaggio Playground renovation."