At a community meeting last month, SFPD Park Station Capt. John Sanford's announced that the SFPD would be focusing on local drug busts and cracking down on quality-of-life issues. The move came in the wake of renewed concern about street kids and the homeless in the Haight, fueled by the murder of 23-year-old Canadian tourist Audrey Carey in Golden Gate Park, as well as increased concerns about drug dealing and pit bulls at Haight and Clayton, among other intersections.

For an update on the new efforts, we met this week with Sanford, who has run Park Station since his appointment seven months ago, and two Park Station sergeants, Ron Meyer and Frank Feliciano.

Sgt. Meyer, a three-year veteran of Park Station, is heading up the newly-appointed task force designed to deal with quality-of-life complaints. Sgt. Feliciano is the station's point person for a soon-to-debut tech-based solution, which will provide area residents and merchants with a more effective means of communicating among one another. 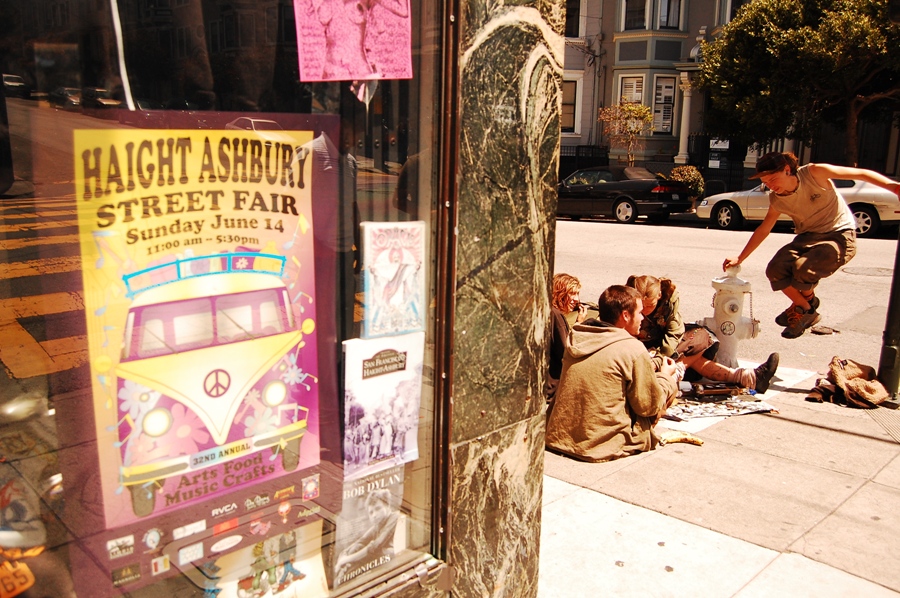 "Haight Street and the surrounding area has always been a central focus of concern, mainly based on drug usage and drug sales," said Sanford, nothing that there has been consistent "outcry from the community to do something about those issues."

"As of late," he said, "we've started to aggressively deal with it," though he said that the undercover buy-busts were only part of a recent crackdown on a variety of issues. The station is also cracking down on so-called quality-of-life violations: particularly sit/lie violations, but also public drunkenness and public urination.

Meyer's quality-of-life task force and the buy-bust narcotics enforcement are two facets of the same effort. Meyer's task force works on gathering information to pass to the sergeant in charge of the undercover bust operations, as it's difficult for officers to interrupt deals or make drug-related arrests while in uniform.

The task force, which includes seven other officers, was launched on October 10th. In the course of three concentrated buy-busts, Meyer said the task force has made a total of 18 drug-related arrests.

It's also served as a deterrent. "I think we've gone from having a very open [drug] market to making it more difficult to operate, not as overt as in the past." As to what the busts have netted, Meyer said it was pretty typical to the area: methamphetamine, marijuana, some mushrooms, and a smattering of other substances.

Sgt. Meyer and Capt. Sanford are also employing a zero-tolerance policy in addressing vagrancy, noise and narcotics complaints. Unlike in previous years, there is "no leeway," Sanford said. "They all go to jail. We book them all." 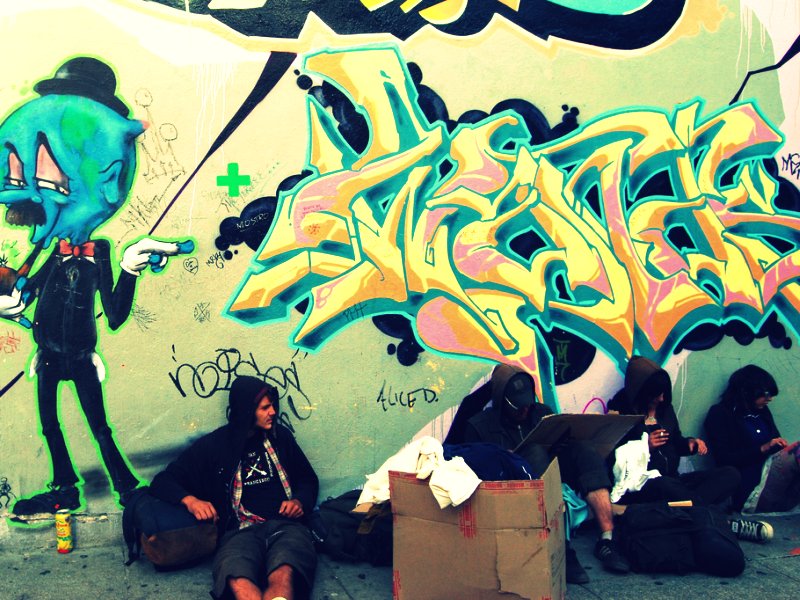 Sanford and Meyer both said the department considers this approach to be a success so far. Meyer said there had been a "90 percent drop in quality-of-life offenses since October 10th," and that in his three or four daily walks along Haight Street, it was far less common to see people sleeping on the sidewalk, panhandling or selling drugs openly.

This success comes, they said, in spite of city judges' decision to stop issuing arrest warrants for court no-shows, and instead to issue fines. "Basically, nothing is ever going to come of that," said Meyer. Sanford agreed, noting that in light of the station's efforts to enforce "consistently, constantly and from different avenues," the city legal system's decision had taken the teeth out of the SFPD's ability to effectively enforce quality-of-life offenses.

Specifically, he cited the arrest for public drunkenness this Monday of a known local man who had 110 other, similar offenses, with associated fines totaling about $51,000.

"We need to try to break the cycle" of fresh waves of transients committing the same offenses, Meyer said, which is "fairly difficult, because it's been going on since 1967. We get a whole new crew every five to six weeks."

He said most of the transient campers—which he distinguished as urban campers and squatters, different from what he considers to be the "homeless"—worked a consistent loop between Colorado, San Francisco, the marijuana farms of northern California, and Seattle.

Meyer and Sanford both emphasized the importance of community involvement in making progress. "We would like to include community information in our enforcement," Sanford said. "We always encourage the community to give feedback and information."

To that end, Sgt. Feliciano is leading a new, tech-driven effort to improve communication between police and the community, which will make it easier for people to report issues on the street. The new program, which will likely incorporate the use of the messaging app Slack, is expected to roll out in the next few months.

In the meantime, "we continue to monitor the area, we continue to check the pulse on Haight Street in a number of ways," said Meyer.