Though it is widely regarded as a “San Francisco movie,” very little of The Princess Diaries was actually filmed in San Francisco. The vast majority of the film was shot at Walt Disney Studios in Burbank, and like with so many movies, only a handful of exterior shots were filmed here. Let’s grab a sorry pizza and look at which San Francisco spots did appear in the film. 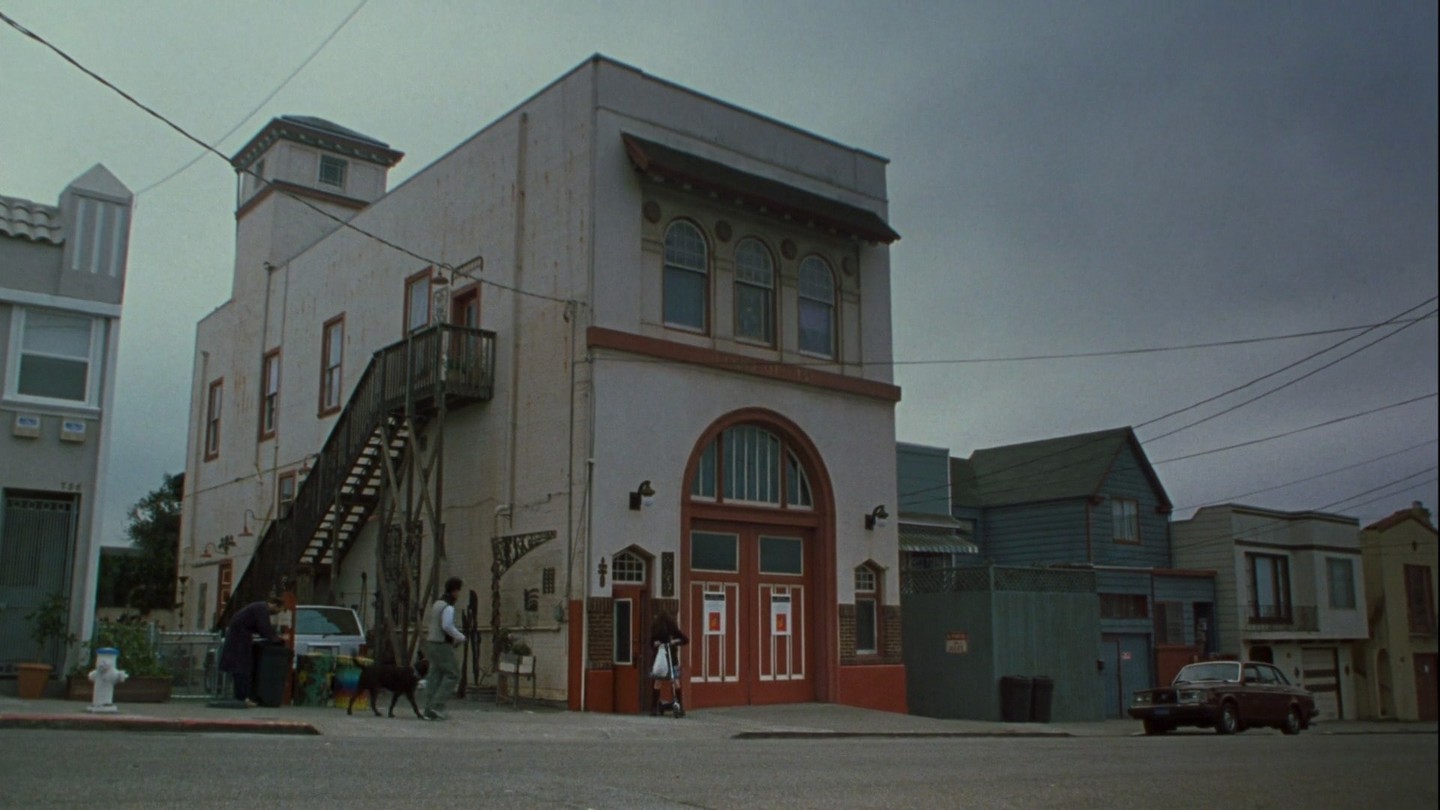 The converted firehouse at 724 Brazil Avenue is still there, though according to a 2018 SF Weekly profile, it has not functioned as a firehouse since 1970, and has been a residential home since. 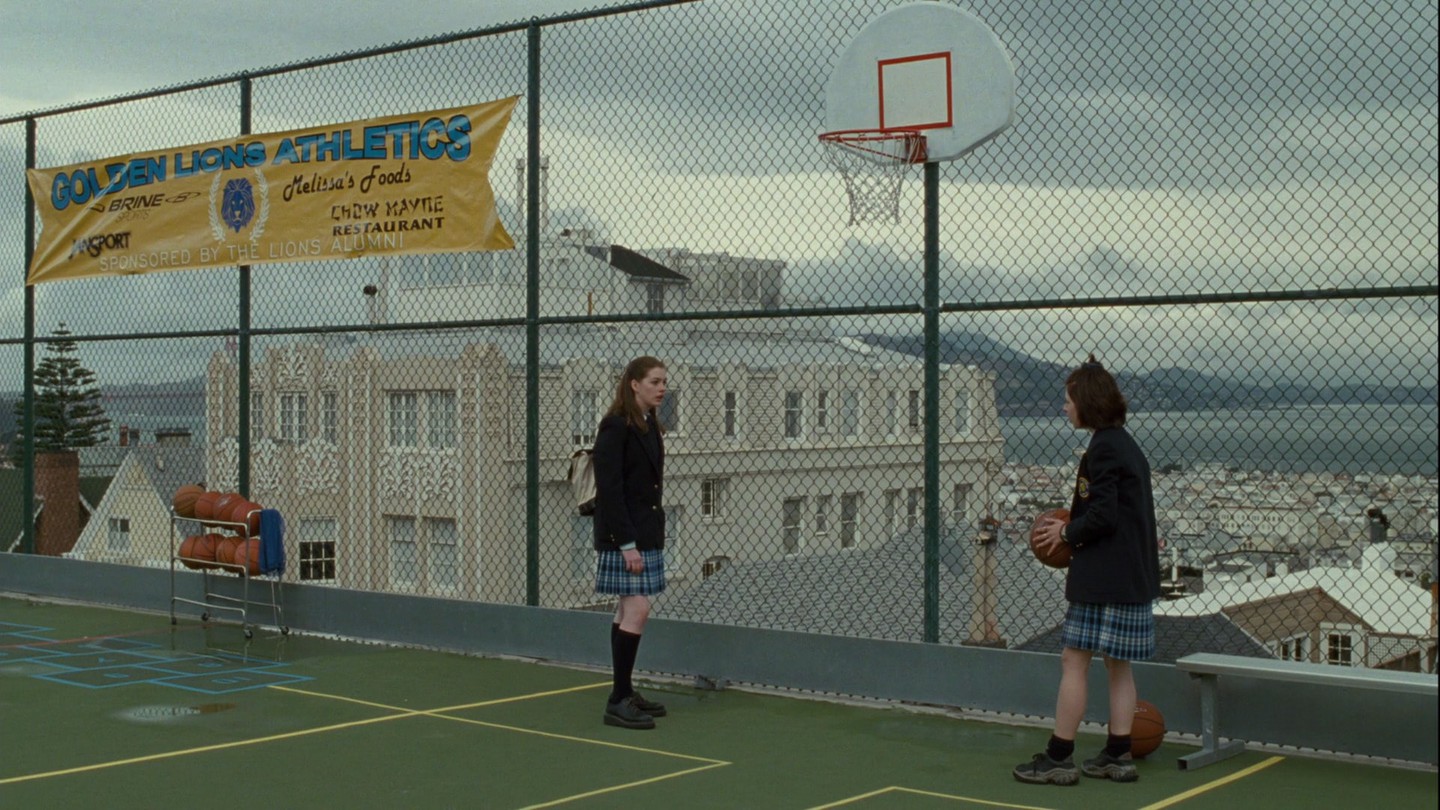 There is no Grove High School, it is a fictional invention, and the exterior location is not even a school. It is a “Billionaire's Row” mansion right next to the Presidio at 2601 Lyon Street, and was repurposed with props to create the appearance of a school. The nearby Town School for Boys was also utilized for basketball court and bleacher shots.  Interestingly, Hathaway revealed in a 2016 interview that her wiping out on the bleachers was not scripted, she did in fact wipe out on the bleachers. Director Garry Marshall kept it in the film, because watching people fall is funny. 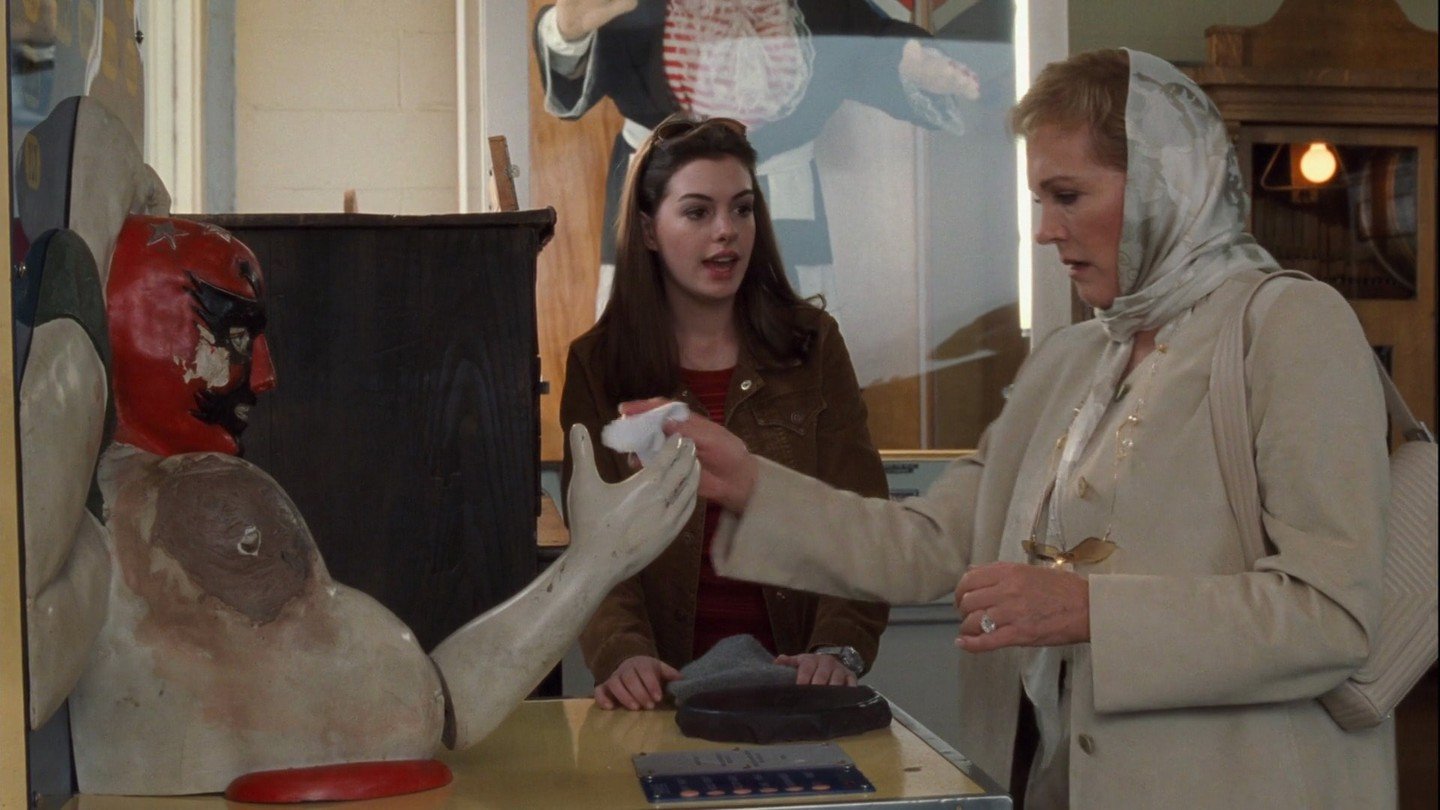 Back in the autumn of the year 2000 when this film was shot, the Musée Mécanique was still located at the now-shuttered Cliff House. 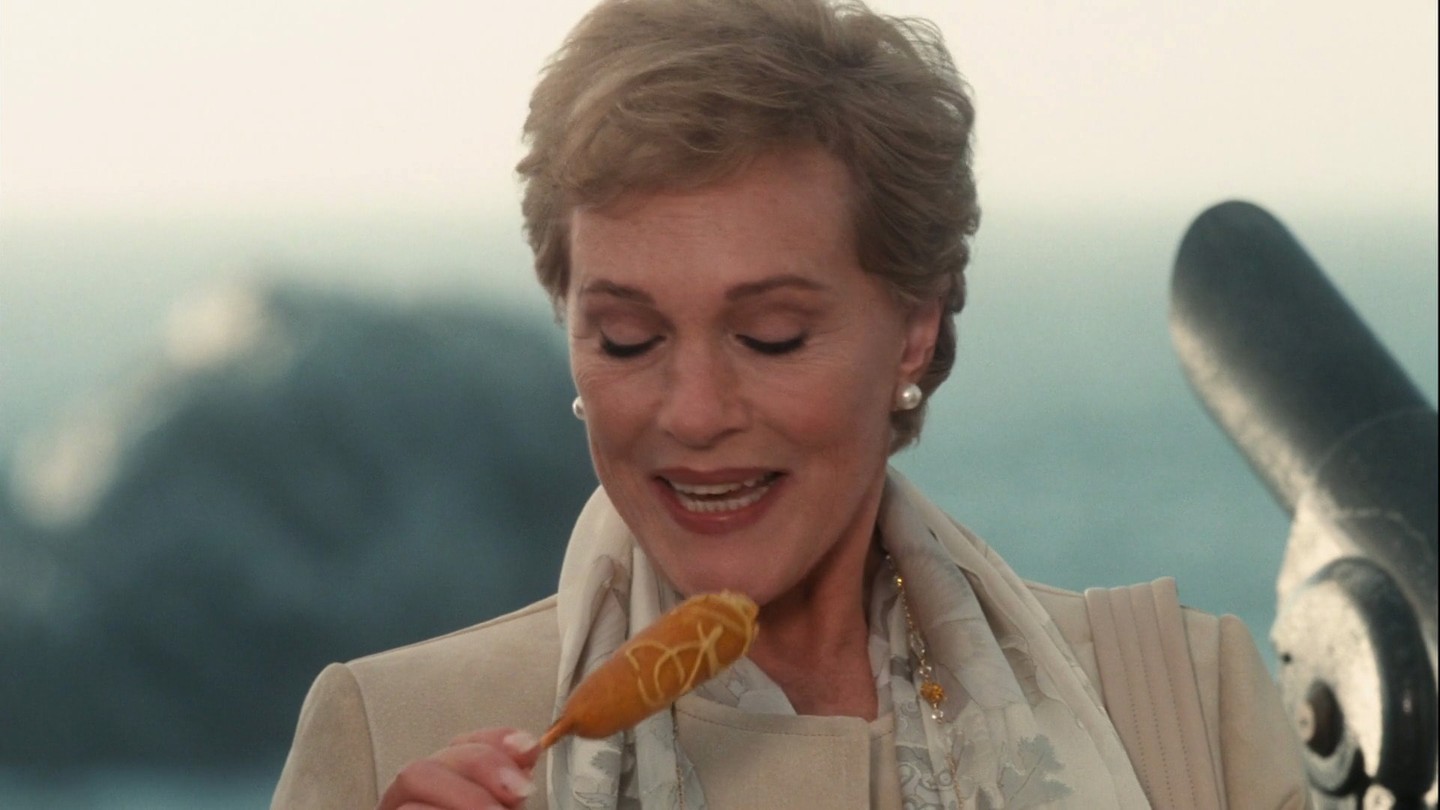 As such, the scene with Julie Andrews eating a corn dog also was filmed on the lookout deck at the historic Land’s End restaurant. 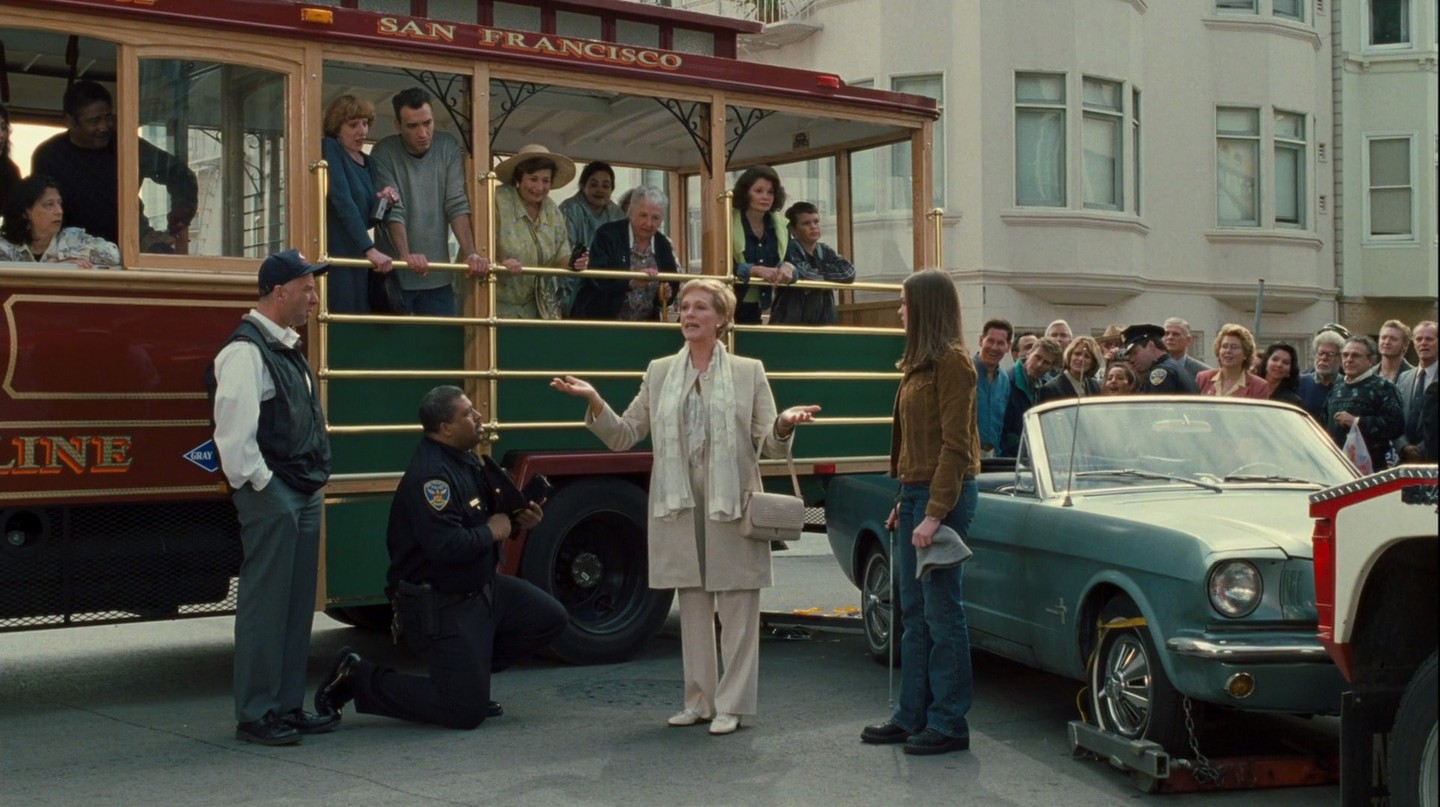 The corner at which terrible driver Anne Hathaway plows into a cable car is at Broadway and Taylor Streets. You’ll notice it’s not a real cable car, it’s one of those “party rental” fake cable cars on wheels. 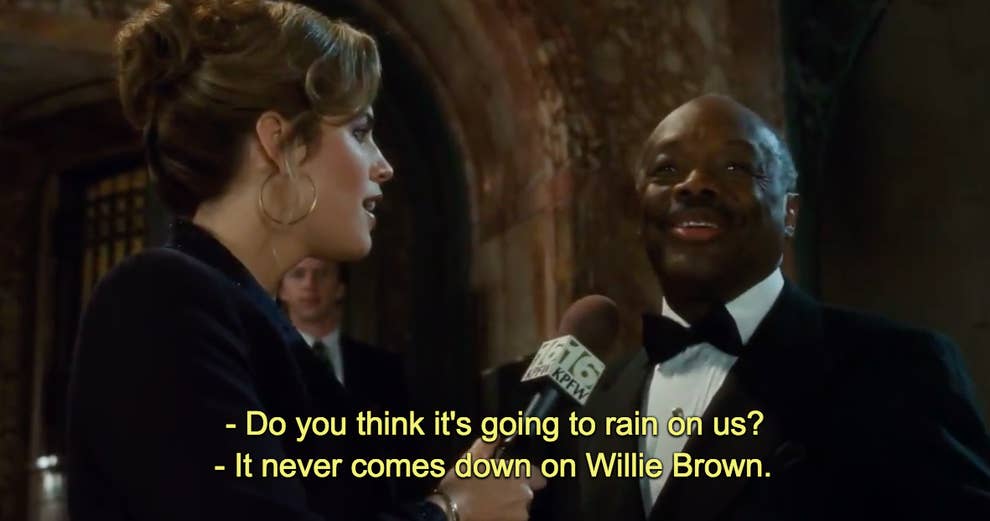 Then-mayor Willie Brown appeared in a cameo prior to the climactic scene at the fictional Consulate of Genovia, uttering the extremely true line “It never comes down on Willie Brown.”

While it may be the best enduring San Francisco joke in the movie, the scene was not shot in San Francisco. The location was at Mount St. Mary’s College in Los Angeles.