Early on the morning of April 8, residents were awoken by a serious fire at 141 Noe Street (at Henry Street). The blaze, which started around 5:40 a.m., quickly grew to a three-alarm fire, sending nearly 100 firefighters to the scene before it was contained around 8:20 a.m.

The fire ultimately affected two buildings on the block, from 141-147 Noe Street. The fire started on the top floor of a three-story building that's home to Japanese restaurant Sushi Urashima on the ground floor.

According to SFFD spokesperson Jonathan Baxter, no injuries were reported. In total, five people were displaced from the residential units, along with one pet. The cause of the fire is still under investigation. 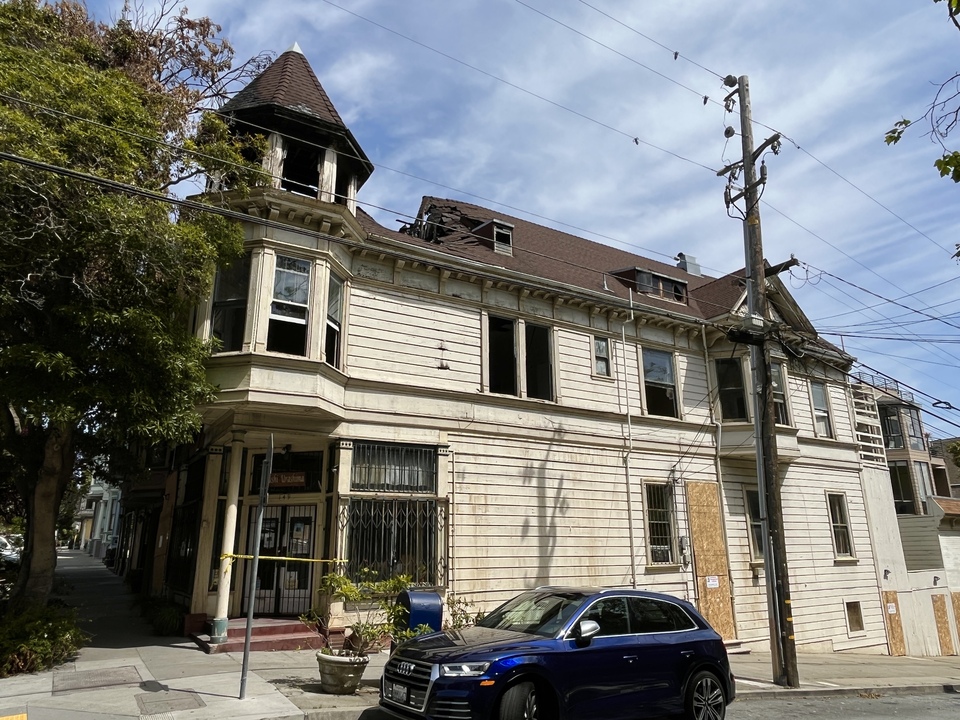 Five residents were displaced by the fire. | Photo: Steven Bracco/Hoodline

Streets surrounding the site were closed until mid-afternoon. But as they reopened, business owners and residents were forced to reckon with serious damage.

When a Hoodline reporter recently stopped by the area, the smell of smoke was still apparent, a debris pile on the sidewalk was still visible, and the doors to the residential entrances affected by the fire had been boarded up with plywood.

Hoodline reached out to Sushi Urashima owner Nobu Agarie but he declined to comment. Agarie shared an update on a GoFundMe page to help support the restaurant.

"A fire started on top of the building of Sushi Urashima that had burned through the ceiling and engulfed the kitchen which caused devastating damages inside the restaurant," wrote Agarie.

"The fire had caused significant damages for the restaurant that the building is no longer safe to enter," added Agarie. "We have no choice but to halt the restaurant operation for now." 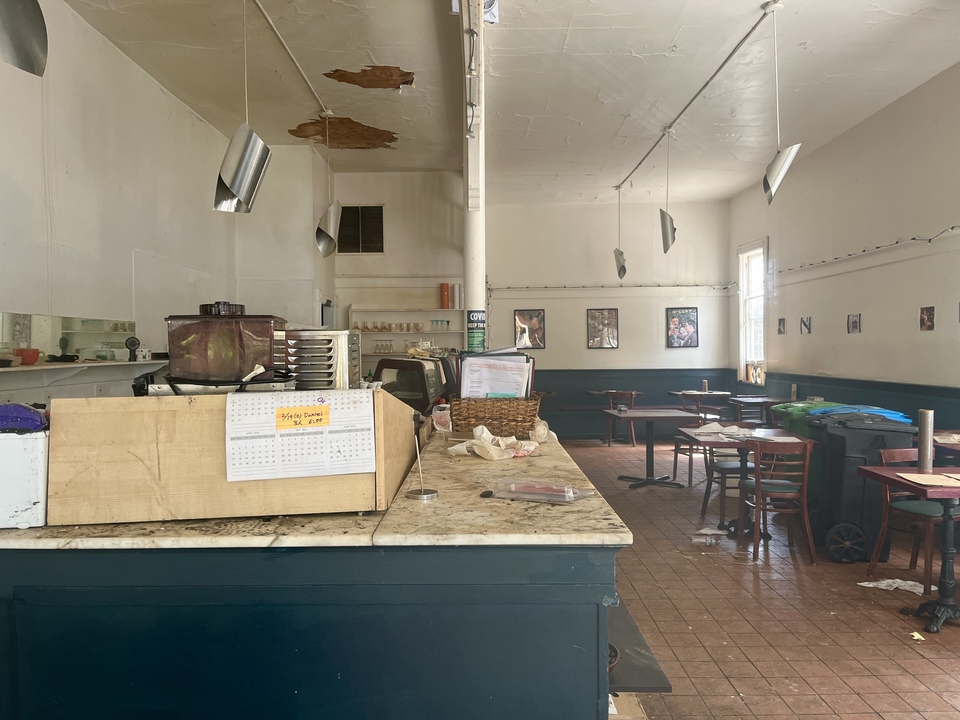 Looking inside the restaurant, firefighters had cut multiples holes in the ceiling to extinguish the blaze.

"At the moment, we are unsure when we will be back up and operating as reparations and repairs may take a few months," said Agarie.

"As the owner of the restaurant, my words fail me as the shock sets in as this fire was devastating during this difficult time after we slowly try to get back on normal business after the pandemic," wrote Agarie.

Similar to the reaction after the four-alarm fire in 2019 that damaged four buildings along Castro Street and displaced seven residents, the Duboce Triangles and Castro communities have come together to support their neighbors.

Duboce Triangle Neighborhood Association president Frank Tizedes has also created a GoFundMe page aiming to raise $20,000 for one of the residents displaced by the fire. As of publication, it has raised $1,145.

Duboce Triangle resident Alicia Venegas and her dog Deepo were inside the unit where the blaze started. "A three-alarm fire tore through Alicia's apartment while she slept and destroyed everything she owned," wrote Tizedes. "Fortunately, Alicia and Deepo escaped the flames but lost everything, including her apartment." A second GoFundme page created by the family of Venegas has also been established and has raised a total of $13,759.

"Neighbors and friends of Duboce Triangle have created this GoFundMe account to help support Alicia as she tries to replace her losses and get her life back in order," added Tizedes. "Everything collected will go directly to her as she rebuilds her life."

"While the fire displaced the next-door neighbor, they communicated that they would not need assistance at this point. We are working with the landlord and restaurant on separate initiatives," said Tizedes.

A family with two children was also displaced, but Tizedes tells Hoodline they have let DTNA know they do not need additional help. "They have insured and have a place to go," said Tizedes.

"The strength of the community comes from the bonds we have, develop and exercise," said Tizedes. "Duboce Triangle is a very connected and engaged neighborhood." 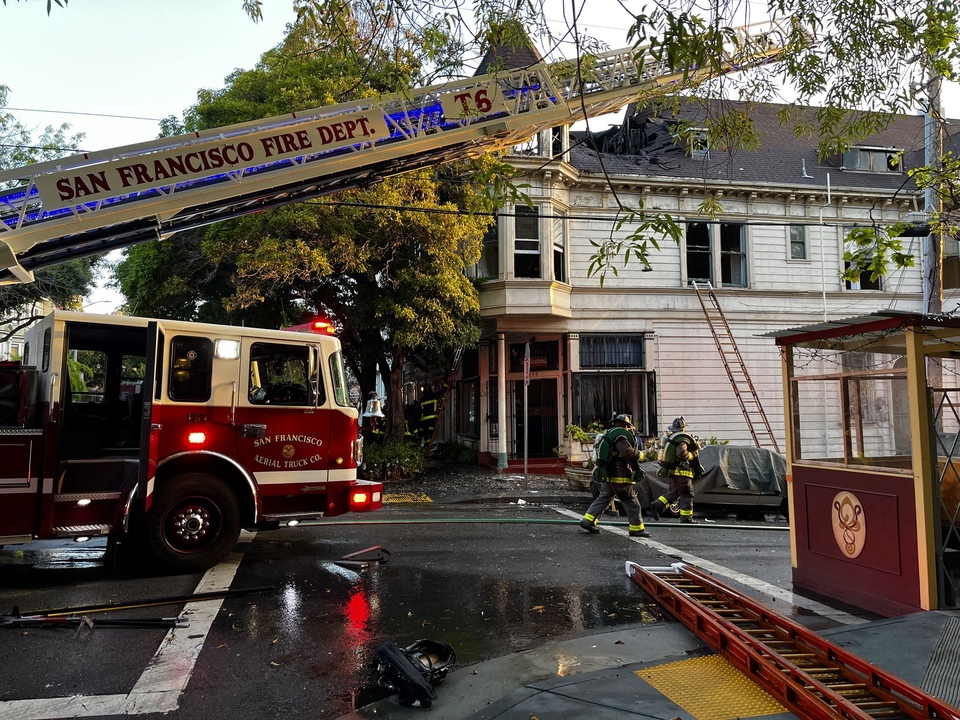 The Office of Economic and Workforce Development (OEWD) has been in contact with Agarie and made him aware of the Small Business Disaster Relief Fund. OEWD awards $10,000 per business for replacing inventory and equipment or paying employees during a closure.

"The fund is meant to help stabilize the business as they work with their insurance which can take weeks and months," said OEWD spokesperson Gloria Chan.

"Our small businesses are the anchors of our merchant corridors, and it is critical that our merchants receive the support and help necessary to recover and restore services to the community quickly," Breed said in a statement. 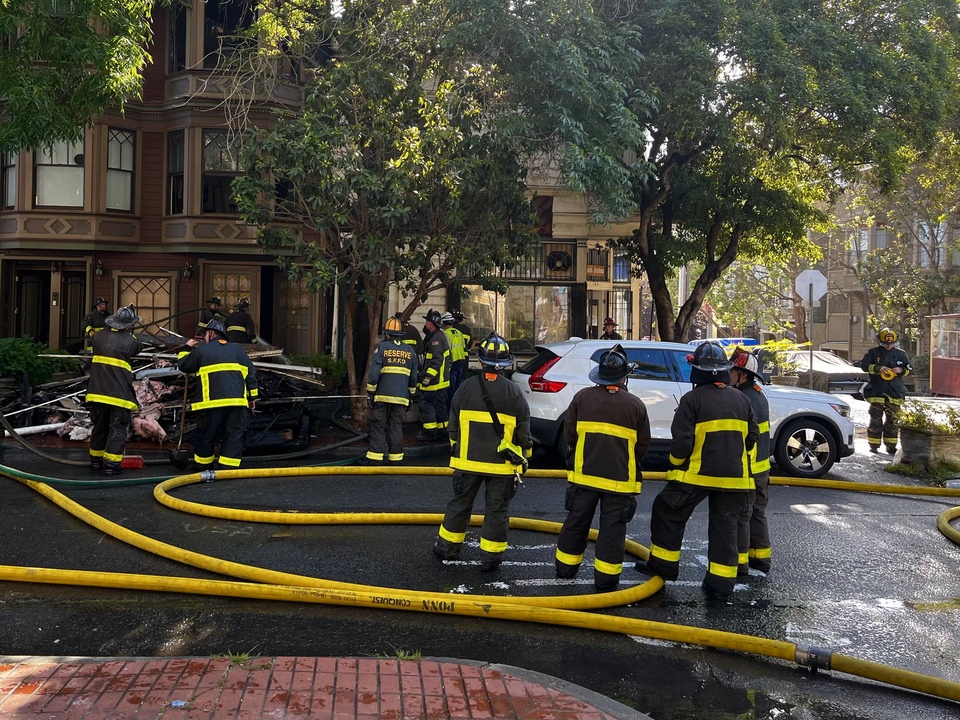 District 8 Supervisor Rafael Mandelman's office has also been in contact with the victims of the fire.

“The three-alarm fire that displaced five Duboce Triangle residents was a tragedy for the neighborhood, and a catastrophic event in the lives of those displaced," said Mandelman. "My office is doing everything in our power to ensure that those affected access all available relief funding."

"I understand that the Fire Department is continuing to investigate the cause of this fire, and I hope the results of that investigation, along with the urgent repair of damaged homes, will eventually provide the community with closure," added Mandelman.

We'll continue to update this story with more information on fundraisers and how neighbors can help support the victims.