Duboce Triangle residents were awoken by a three-alarm fire that broke out at 141-143 Noe St. (at Henry) at approximately 5:40 a.m.

The fire started on the top floor of a three-story building that's home to restaurant Sushi Urashima on the ground floor.

San Francisco Fire Department spokesperson Lt. Jonathan Baxter reported on Twitter that by 5:54 a.m. a second alarm was struck and by 6:12 a.m. a third alarm was called. The fire also spread to 147 Noe and damaged units there as well.* 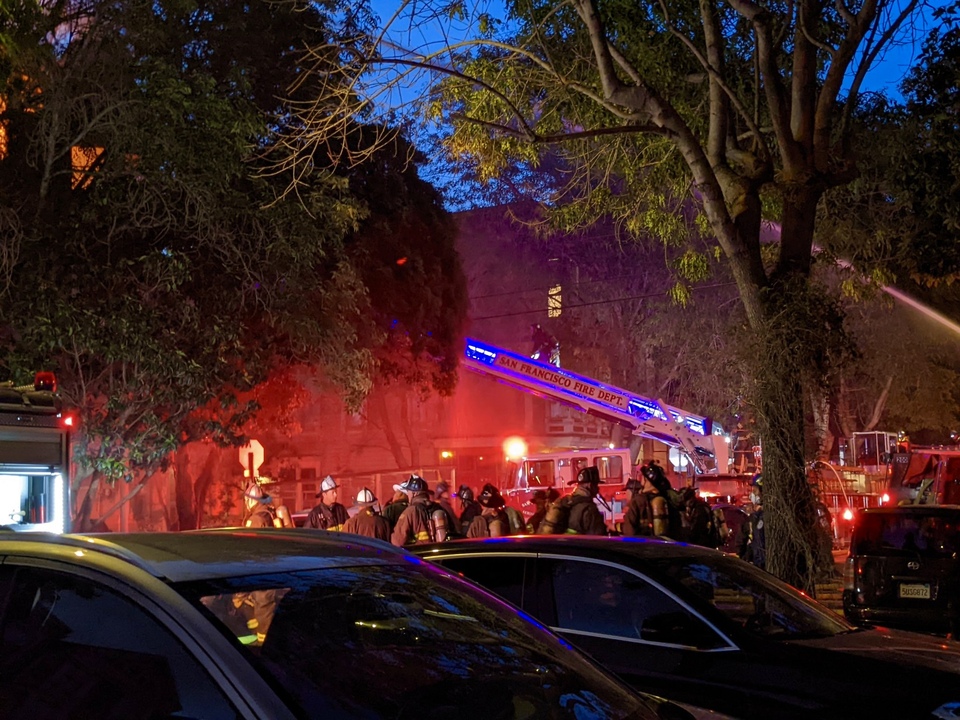 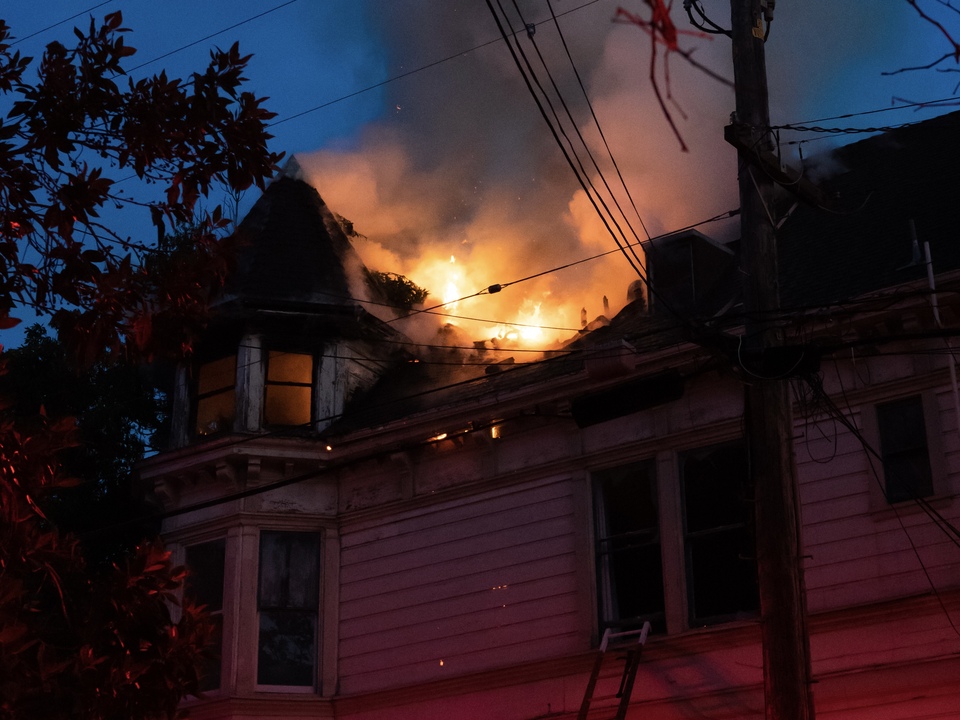 Lt. Baxter reported that the fire spread into 147 Noe St. as well. "Fire is contained with no injuries, five displaced," said Lt. Baxter. Red Cross is on the scene to assist residents displaced by the fire.

"The fire took over 100 firefighters to contain," said Lt. Baxter. "The scene is still active with overhaul operations." Lt. Baxter is advising people to avoid the area.

It was not immediately clear what caused the blaze. It remains under investigation. At this time it's unclear how much damage Sushi Urashima suffered as a result of the fire.

UPDATE: This fire took over 100 firefighters to contain. The scene is still active with overhaul operations (The fire is out) Please AVOID THE AREA and expect delays due to road closures in the area of 100-200 Noe. https://t.co/zgu6iNpovx

"Grateful to everyone at SF Fire Dept. managing the blaze at Henry and Noe," wrote Kelly Gillease on Twitter. "We left with a go-bag, the cat, and fingers crossed."

"First Covid, now this fire in Duboce Triangle," wrote Susan Tenby on Twitter. "I'm fine and so are my neighbors and everyone's animals are fine."

Active fire at the corner of Henry and Noe Streets pic.twitter.com/1S09klnH6Y

Muni routes in the area have been affected by the incident. SFMTA is reporting that the inbound and outbound 37-Corbett is blocked at 14th and Noe streets due to fire department activity.

Earlier this week, on Monday, a two-alarm fire damaged an Ashbury Heights apartment building next to Mount Olympus. 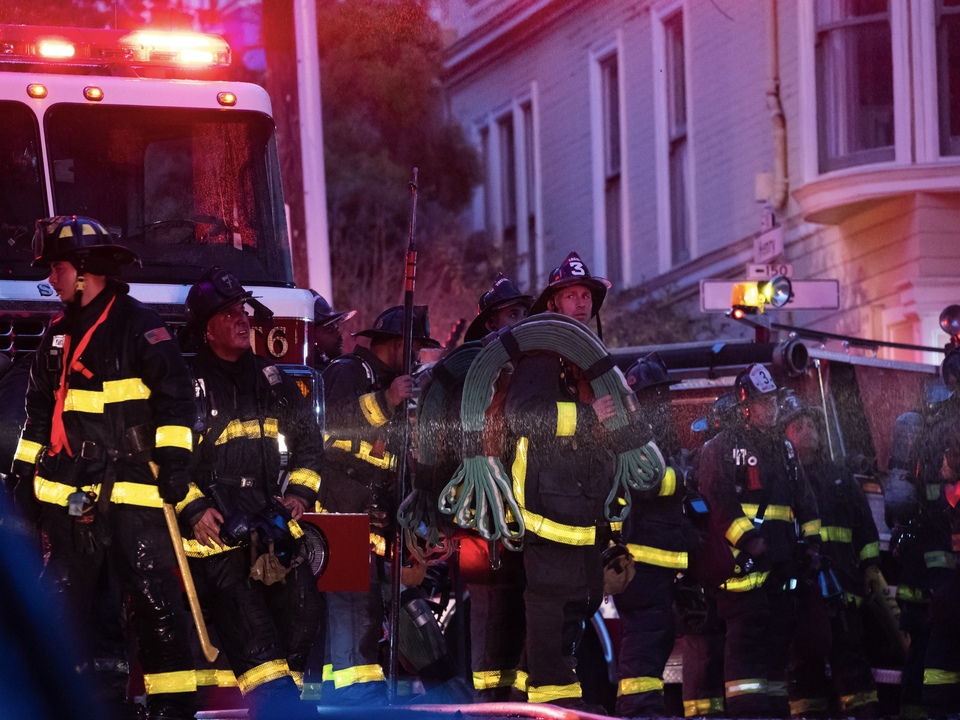 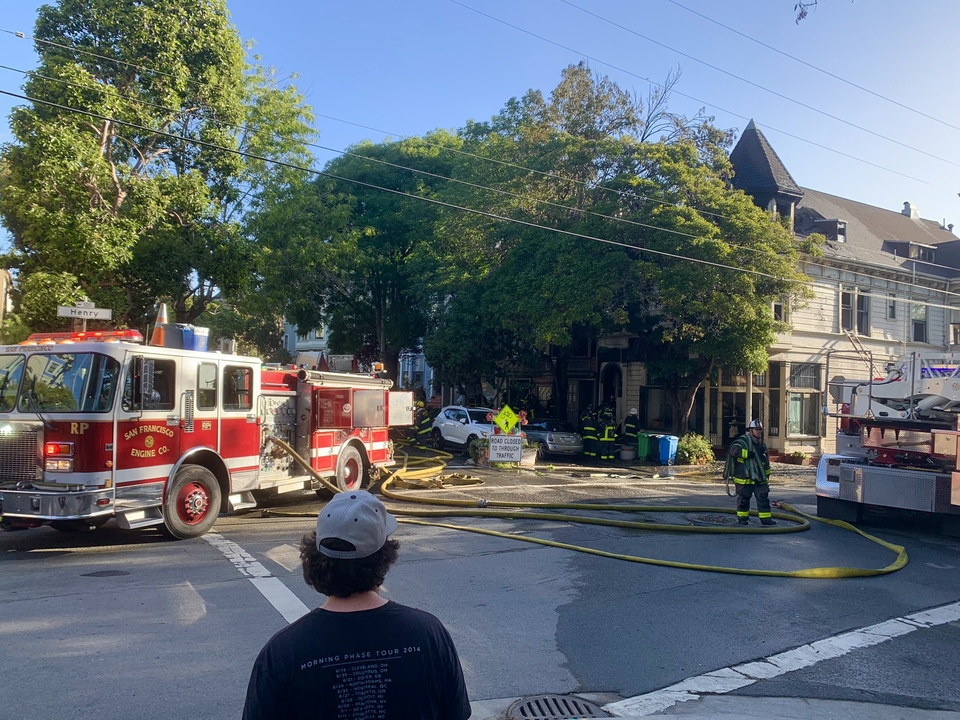 Hoodline will update this story as we learn more information.

*This story has been updated to show that 147 Noe was also damaged.