Santas on Parade at Marlena's Bar

Every year around this time, this neighborhood haunt decks its halls with Santas and Christmas décor galore. You can barely turn your head without looking into the eyes of some doll incarnation of Jolly Old Saint Nick. The figures range from petite ornaments to colossal, life-sized models. "I began [22 years ago] with three little Santa Clauses and it has grown from that to 1,400 today," said bar owner Garry "Marlena Empress XXV" McLain. "Eventually, people started giving them to me from all over the world -- from Russia to Czechoslovakia to South America and even as close as Santa Barbara. It's just become this phenomenal thing to do at Christmas." 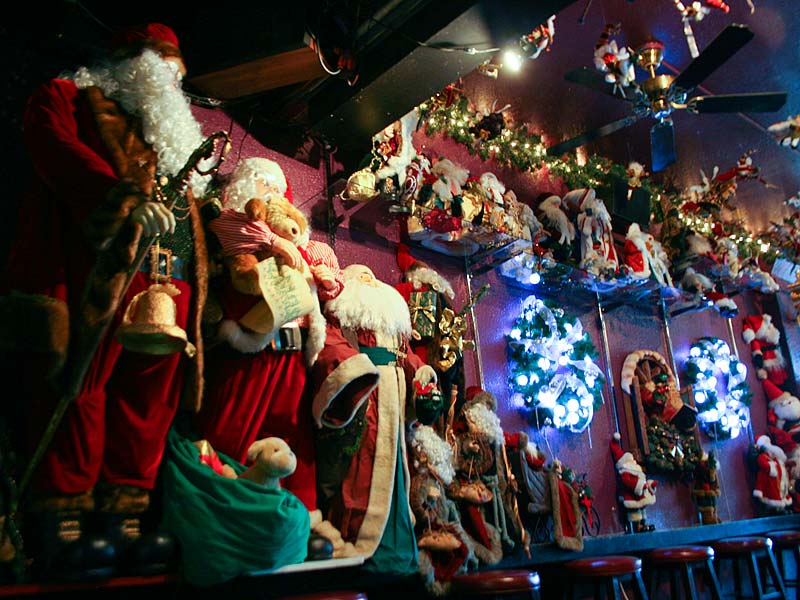 The setup for this holiday time ritual begins on the Monday before Thanksgiving, and take down is some time after New Years. Garry told us that it takes six days to assemble the collection in all its glory, not to mention the additional steps needed to refine the display and adjust the lighting to showcase it. According to Garry, stopping by the bar is a favorite holiday for a lot of Hayes Valley residents and patrons. "From noon to five, you can bring in your kids," he noted. "You got to see the look on these little kid faces when they look around -- it's phenomenal! I don't know, I guess I'm like a grown child, I just love everything about it." The assortment contains a hodgepodge of pricy and inexpensive figurines, roughly 20 percent of which Garry has purchased and 80 percent of which has been donated to the collection. He estimates the value of the whole lot of Kris Kingles comes to approximately $200,000. Admittedly, Garry told us Christmas isn’t the only time of the year that the establishment gets itself dolled up with an army of toys and decorations. Halloween is another holiday for which Garry busts out his other keepsakes. "We had a huge Harry Potter collection in here. We’ve also done Star Wars and we’ve obviously done Disney, in which we had more than 1000 items displayed," Garry boasted. 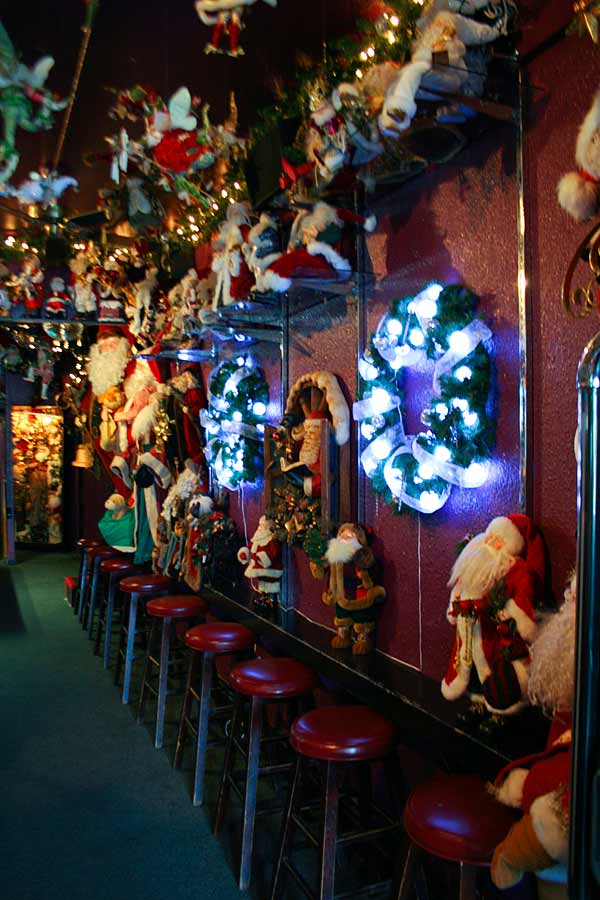 Trust us, this gathering of Santas is truly a sight to see, even for the Scrooges out there. And while Marlena's is designated as a gay bar, it welcomes patrons of all sexual orientations and walks of life. As Garry emphasized to us, "We're a neighborhood bar first and a gay bar second." No matter what your preference, be sure to stop by 488 Hayes some time soon, and behold one of Hayes Valley's most unique holiday traditions for yourself.
San FranciscoHayes Valley
Sep 26, 2022