The Dangers of Cooking After a Quake: The Ham and Eggs Fire

The legendary earthquakes of San Francisco have garnered our fair city eternal notoriety. They're what tornadoes are to Kansas, and hurricanes to the Gulf.

Two major quakes changed the landscape of San Francisco in the 20th century – and none more than the staggering shock of 1906. On April 18th, 107 years ago today, the city rattled itself to pieces, and great fires roared mercilessly through the streets.

One of the most destructive was dubbed the "Ham and Eggs" fire, and the original spark came from the heart of Hayes Valley. 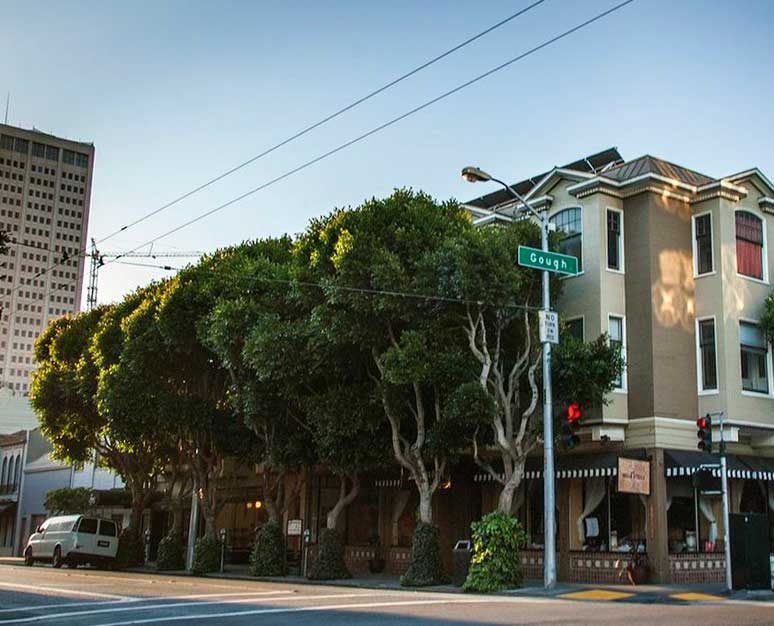 The occupants of 395 Hayes St., what we know now as the home of Caffe Delle Stelle, rose to make breakfast following the initial shocks of the earthquake. Unbeknownst to them, the violent shaking had badly damaged the chimney above the stove. When the stove was lit, the fire ignited the kitchen, and eventually changed the face of the entire city.

Firefighters arrived in plenty of time to put the fire out with minimal damage, had this occurred on any other day. During their efforts to stop the flames, they found that more earthquake damage had cut off the water supply to the neighborhood, and they were helpless as the fire continued to spread.

As the fire moved out of Hayes Valley, it quickly became clear that the flames were on their way to City Hall. 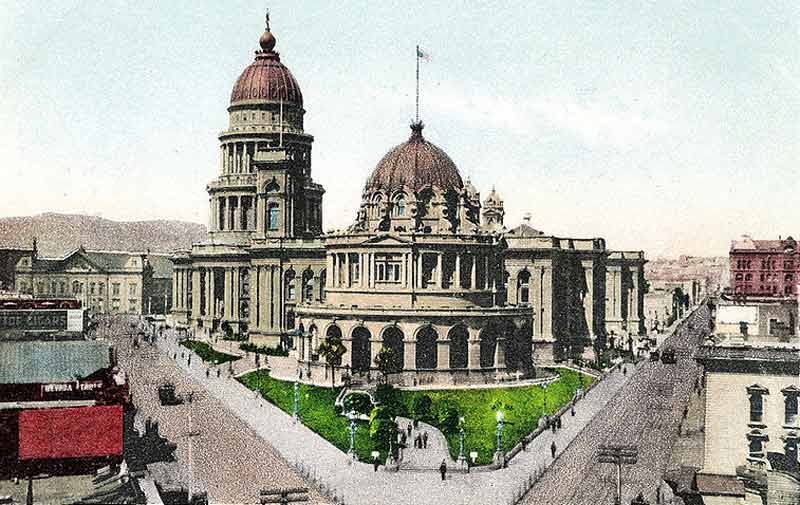 The mayor of the city in 1906, Eugene Schmitz, ordered that buildings surrounding the fire be exploded with dynamite in the hopes of stopping the blaze in its tracks. 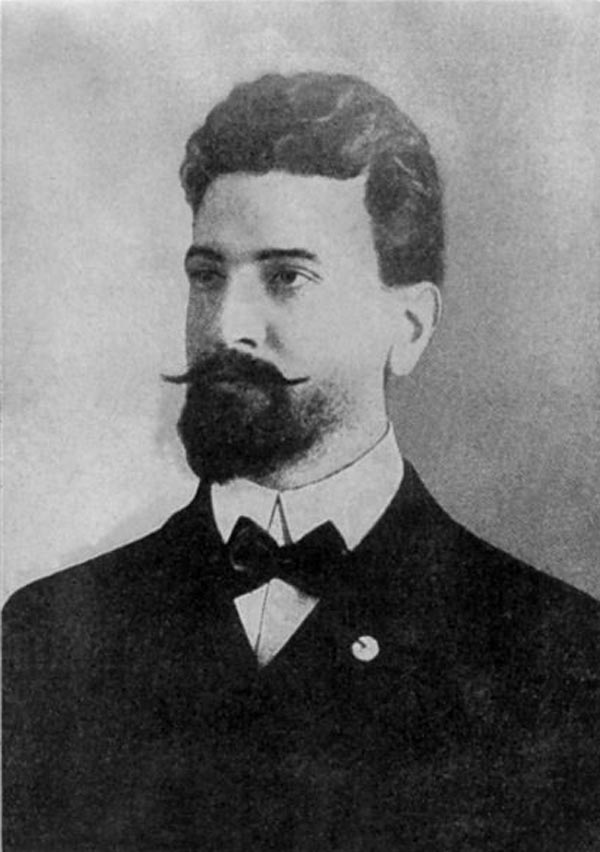 This effort proved to be futile, and the dynamite technique used in this and other areas of the city in fact only served to create more fires than they extinguished. The incredible City Hall structure – a mere 7 years old at the time of the earthquake – was completely destroyed. 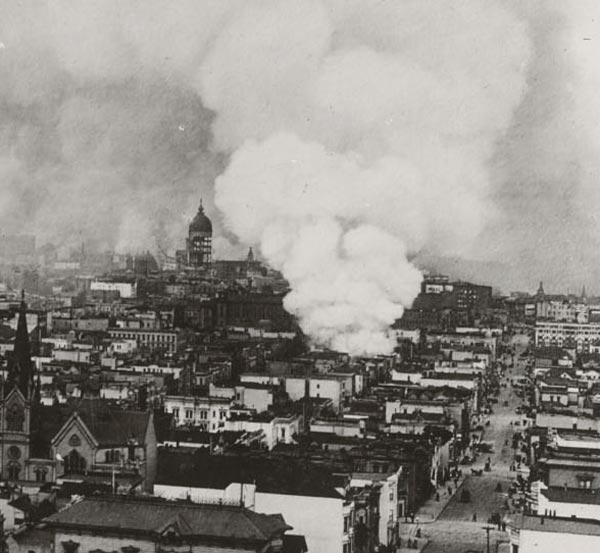 The above photo is from an originally wider shot, cropped to highlight Hayes Valley. Fell Street is shown on the right, with a column of smoke rising from Hayes and Gough. One of City Hall's damaged domes can be seen on the left. 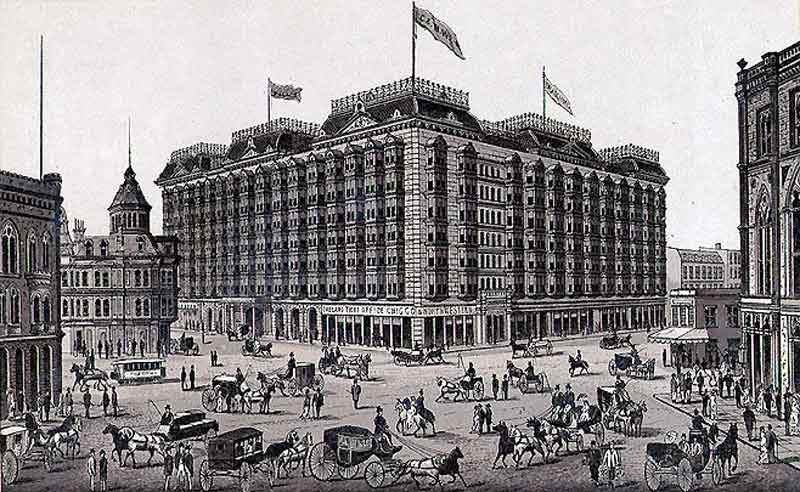 After engulfing the area around the Civic Center, the fire continued to travel down Market Street, making it all the way to the Palace Hotel. The already infamous Palace, affectionately called the Bonanza Inn by famed guests like Oscar Wilde, Sarah Bernhardt, and John Rockefeller, was damaged beyond repair. The flames spread North and South, eventually meeting with other fires burning in SOMA and other neighborhoods. All told, San Francisco burned for four full days before leaving its citizens with the aftermath of the immeasurable destruction. 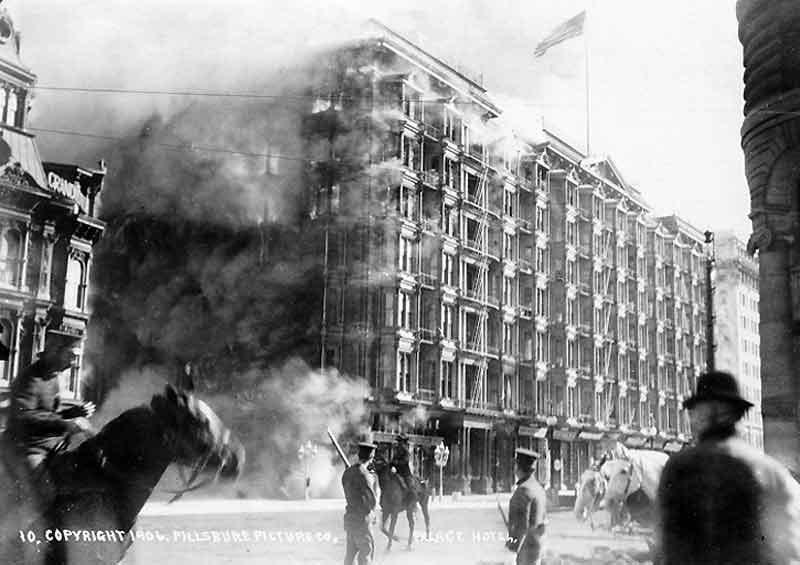 The Palace Hotel on fire

April 18th is always a good opportunity to brush up on what to do before, during, and after an earthquake. Visit ready.gov/earthquakes for a boatload of useful information. Be ready, be safe—and maybe make cereal your breakfast of choice from now on, just in case.

San FranciscoHayes Valley
About 11 hours ago

Hoodline
About 12 hours ago

Steven Bracco
About 12 hours ago