Meet The Native Daughters Of The Golden West

Photos: Nuala Sawyer/ Hoodline
By Nuala Sawyer - Published on May 05, 2014.
San FranciscoDivisaderoNoPa
Ever wandered by the stately building at 555 Baker Street at Fulton and wondered what it was? Common guesses are a convent, an embassy or a church. Curious, we decided to take a deeper look.
What we discovered was a 126-year-old order of women with a fascinating history of community service, headquartered right here in our very own neighborhood.
The Native Daughters of the Golden West were founded in 1886  on the principles of "Love of Home, Devotion to the Flag, Veneration of the Pioneers and Faith in the Existence of God". The organization originated out of the need for a community space that supports women, and over the years they've left a massive legacy of charity work and community-building.
The building was designed in 1928 by Julia Morgan, specifically for the Native Daughters. It was funded entirely by member donations with final building costs reaching $91,000—no small feat with the country on the verge of the Great Depression. Today it is the only building built by Julia Morgan that is still owned and run by the original organization. 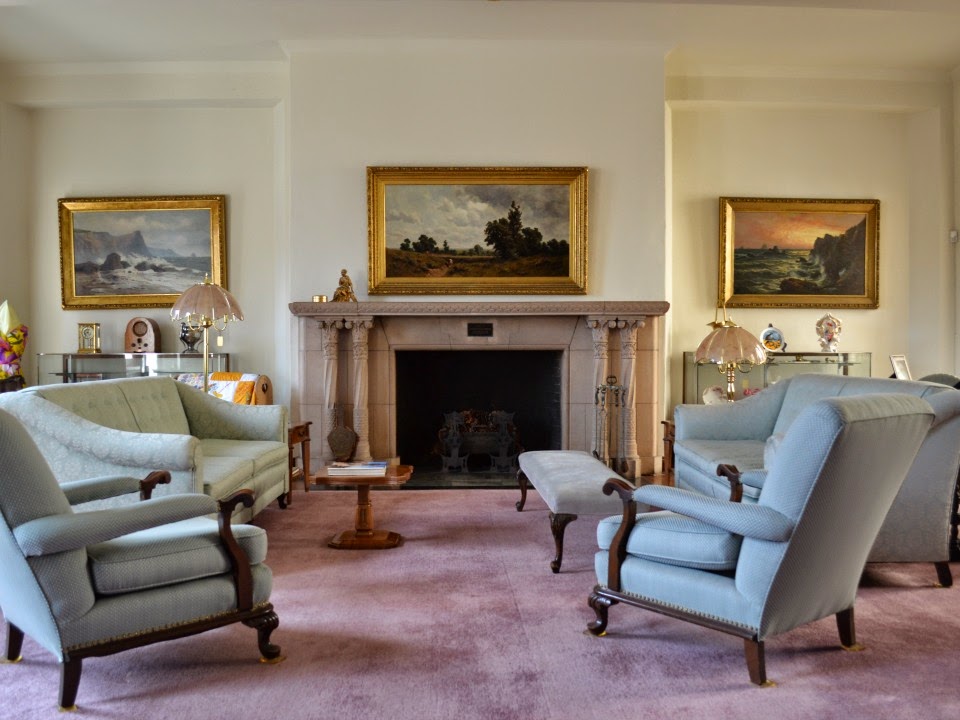 Multi-purpose, the building is host to a museum, a parlor for meetings, spacious living and dining rooms, and several bedrooms for members to use at their leisure for a small fee. Walking through the vast and impeccably-decorated living spaces feels a bit like stepping back in time. 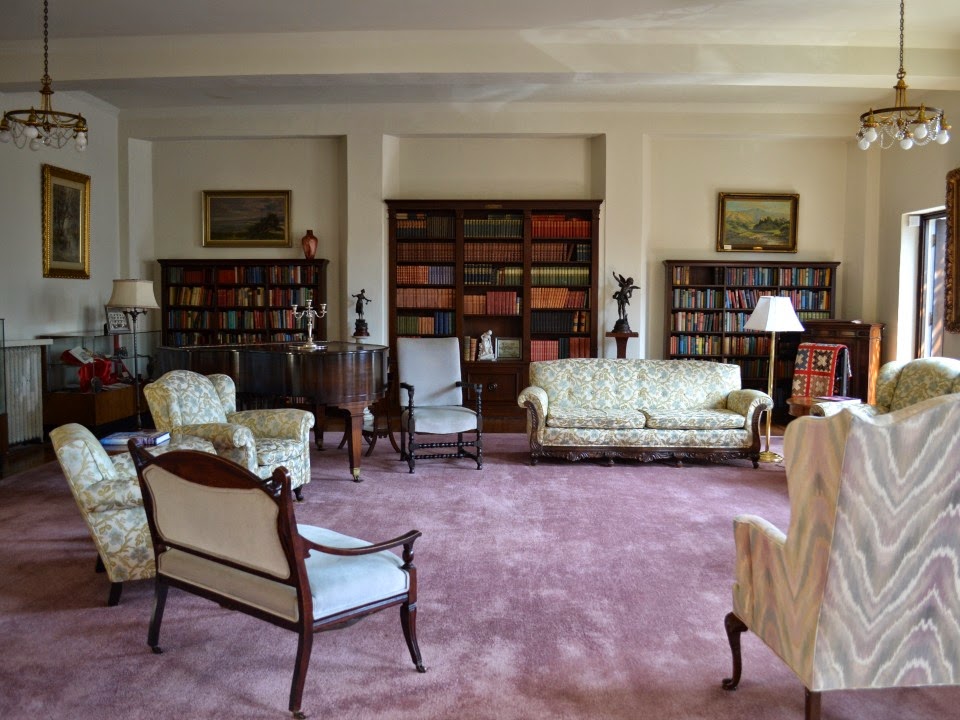 The history of the organization spans hundreds of scrapbooks, with Susan Potter the resident history expert. Driving over regularly from her home in Alameda, she currently knows more about the history of the order and building than anyone else. She's also a spitfire in the way that only tough older women can be. 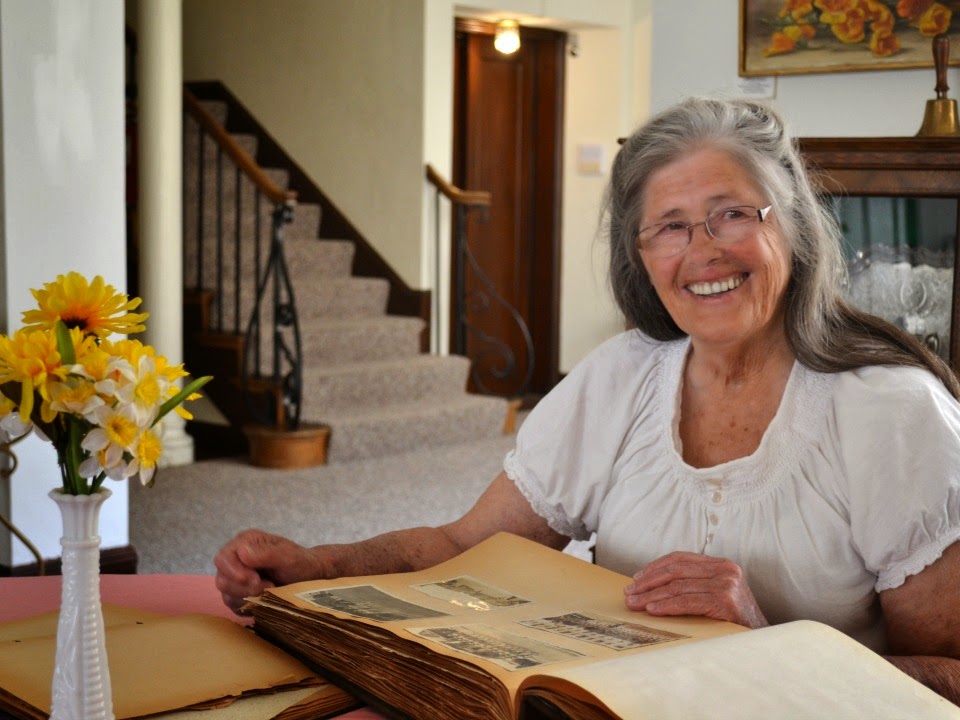 Her favorite story is of the time when the Daughters worked as an adoption agency in the early 1900s. In one year alone, the the order worked to place over 4,700 orphans into new homes. Many of the girls adopted later on grew up to become members of The Native Daughters themselves. 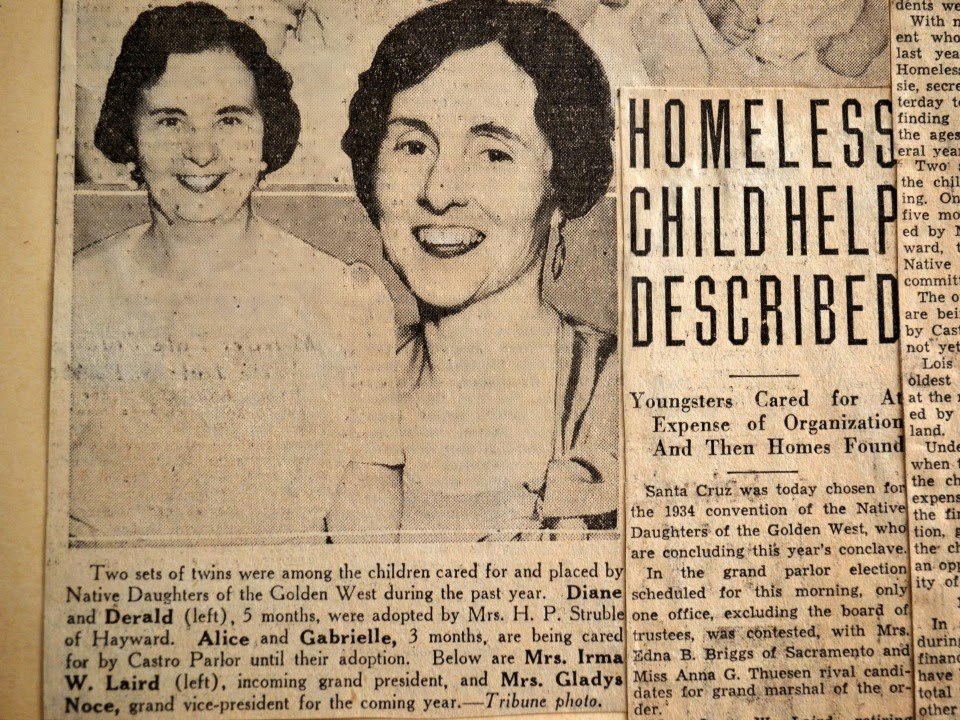 Today, the organization has turned its efforts to new causes. Scholarships for veterans is one area the members are heavily supporting, as well as a children's foundation which helps pay for kids' medical care and needs. The environment is also at the forefront of their concerns, with the goal to preserve California's natural beauty. Each cause is voted on by the group and donated towards accordingly.
As for the future of the organization, the membership is in flux. The vast majority of the order is aging, and they're wondering how to bring in a younger demographic. Becoming a member is simple—you just have to have been born in California, be a woman, and pay a very small ($35) yearly membership fee. Members can stay in the house when visiting San Francisco, and once a year there's a Grand Parlor meeting where chapters from around the state gather in one place to discuss the business of the organization, review successes, and make plans for the future (this year's Grand Parlor is being held in San Jose).
When asked why women should join the organization, everyone at the table began talking at once. Susan's voice beat out the others. As she describes it,

"The times have changed but our goals haven't. It's really wonderful to think of how those ladies sat there in Sonora, and dreamt up something with such lofty ideals, and have them actually functioning 126 years later. It's pride in our history, pride in our state, and the determination to make this part of the world a better place for people."

If you're interested in learning more about membership, you can contact ndgwgpo {at} att {dot} net or fill out a membership form here.  The Native Daughters of the Golden West do occasionally open up their space to the public for tours. We'll keep you in the loop next time they have an event that you can attend.