Checking In With 'Taking It To The Streets'

Photo: Taking It To The Streets
By Amy Stephenson - Published on November 06, 2014.
San FranciscoUpper Haight
It's been more than a month since we told you about the graffiti removal and street cleaning program initiated by homeless outreach organization Taking It to the Streets, and we thought we'd check in and see how it's been going. We tracked down co-founder Christian Calinsky to find out more.
The program, through which kids on the street can work to clean up the neighborhood in exchange for housing, started out with four people to test the program. Two of them dropped out, but two newbies quickly replaced them. Now, Calinsky says, they've got a core group of four that are on the right track and excited to be involved. They're working five days a week doing graffiti abatement and general street cleaning (picking up dog waste and garbage, etc). The city doesn't pay them, but it does provide the supplies.
Through the program, the group now has an apartment in Chinatown, which provides a home base from which to apply for jobs around town. They have a place to shower, cook, sleep, and keep their belongings. "They are very excited about doing what they are doing and it is awesome to see how well people do when given a chance," said Calinsky.
Representatives from the Haight Ashbury Merchants Association (HAMA) commented that the streets definitely seem cleaner, with much less dog waste to step around. "Even the bicycle racks have been de-stickered and painted!" they said in an email. 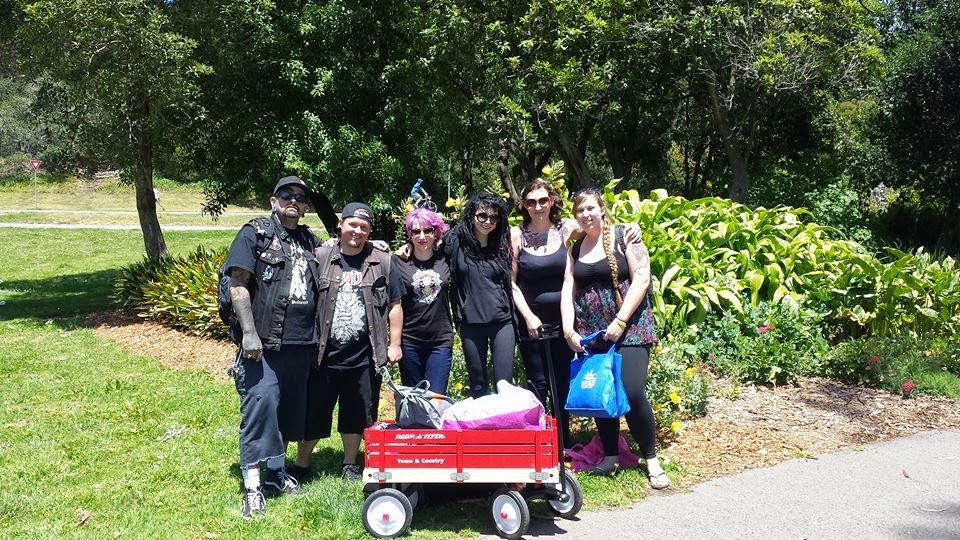 Streets team, via facebook
The sweepers' Chinatown apartment is running them $1600 a month, and for the first month, much of the funding came from Calinsky and co-founder Carlie Leduc. They've only received one major donation so far, and they're out of cash. Calinsky has ambition to expand to employ and house more folks, but only if they can raise the dough to support it.
To this end, they're starting a door-to-door donation campaign to visit all the merchants on Haight Street, introduce themselves, and ask for help. Haight Street has a lot of merchants: if each of them donated $16 per month, it would cover rent for four people while they transition.
"Anything will help us continue to be a prosperous venture for all involved," Calinsky told us. If you're interested, you can donate by heading to their gofundme page, or by writing a check to "To The Streets", and sending it to Mom's Tattoo, care of Taking It to the Streets: 1408 Haight Street, SF, CA 94117. (They're a 501c3, so yes, it's deductible.)
And while you're at it, you can check the team out on Facebook for photos and updates on their progress.
San FranciscoUpper Haight
About 12 hours ago