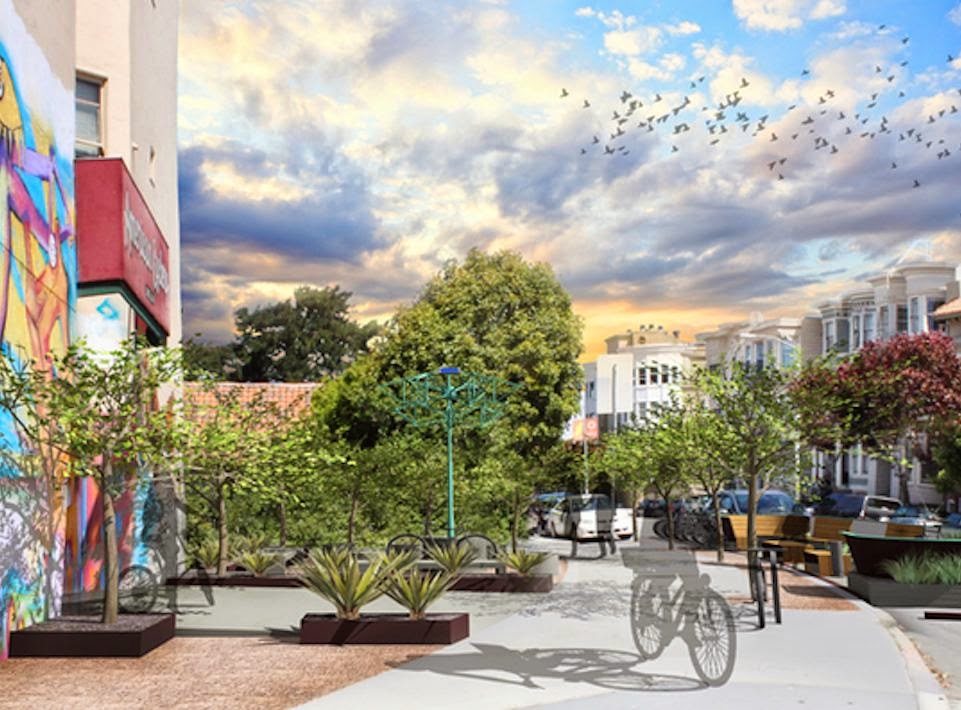 “The city kept changing its rules and regulations about what a parklet is and how it relates to the community,” said Woehl. “Part of the delay was because there’s a variety of different jurisdictions involved as far as SFMTA, the city, the Planning Department and Parks and Rec.”

Plans call for removing two parking spaces on Stanyan to install a wood and concrete parklet patterned after a velodrome — a banked, oval wooden racing track for bicycles. During business hours, Woehl plans to offer a free community tool bench so cyclists can make repairs. “We want a place where people can sit, as well as meet before a bike ride and rest up afterwards.”

You can compare what the space looks like now (below) with what it could look like once the project is completed (above). 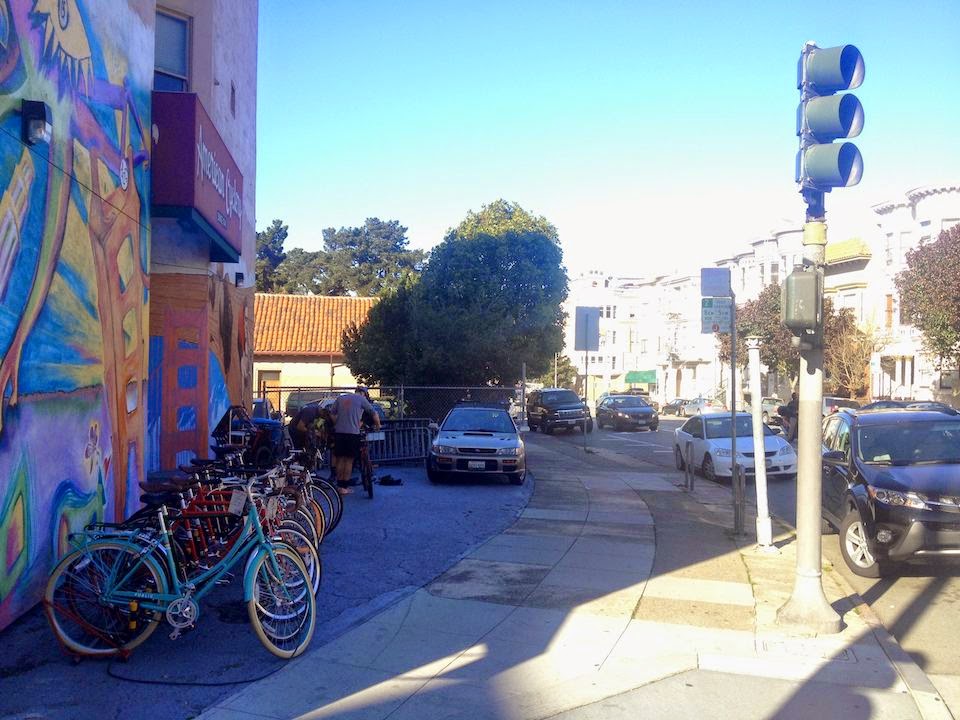 To develop a green space, Woehl plans to use a small piece of land next to 510 Frederick that was deeded to the city in 1929. “The city never accepted the deed,” he said. “We’ve had an easement to use it for many years, but you can’t build a parklet in front of something without permission from the landowner.”

Woehl said the city has resolved the ownership issue, which was the major hurdle to starting construction. “After London Breed’s office stepped in and cut through the red tape with four different sets of bureaucracies, I think we finally have a go.” Woehl said he’s “awaiting one little last sign-off from the city” before the project can move forward in earnest.

San Francisco and Santa Clara counties are both offering up a chance to score sports or other event tickets to people who get the COVID-19 vaccine. Read More