Unhappy tipster Raymond B. let us know about the latest marketing campaign from rideshare company Lyft, which has hit the sidewalks of San Francisco with a hopscotch-style ad.

The guerrilla marketing campaign was announced on Lyft's Facebook page on January 30th. According to Lyft, more stencils can be found on the corners of Polk and Washington, Chestnut and Fillmore, 4th and Townsend (next to Caltrain), Post and Geary, and Market and Spear streets. The "skip your commute" campaign was launched in collaboration with "Instagram and Vine celebs," such as this video choreographed by dancer Meghan Sanett.

The hopscotch ads appear to have been spray-painted or chalked onto the sidewalk, though it's unclear who is responsible for their removal once the campaign is over. We asked a Lyft representative about plans for removal, but have not yet heard back with details on that front.

San Francisco is no stranger to having its streets used as a platform for advertising campaigns. In 2010, a Zynga marketing effort to spread the word about its Mafia Wars game backfired. Dozens of fake $25,000 dollar bills were pasted along the sidewalks in Hayes Valley using an industrial-style glue, and the "dollars" had to be removed by the Department of Public Works with a professional steam cleaner. Each location required 45 minutes of DPW time, despite not having "any staff to spare," said a spokesperson.

The SF Attorney's office eventually reached a $45,000 settlement with Davis Elen Advertising of Los Angeles, which was behind the campaign.

In 2013, Arcade Fire chose to promote their album Reflektor through guerrilla-style stencils around the city.  Street artists were hired to install the stencils across the world, though no plan for cleanup was ever publicly stated.

In related news, tipster Bill D. also wrote in to note a 311 request to remove Lyft marketing materials from a wall at 145 Fell St. 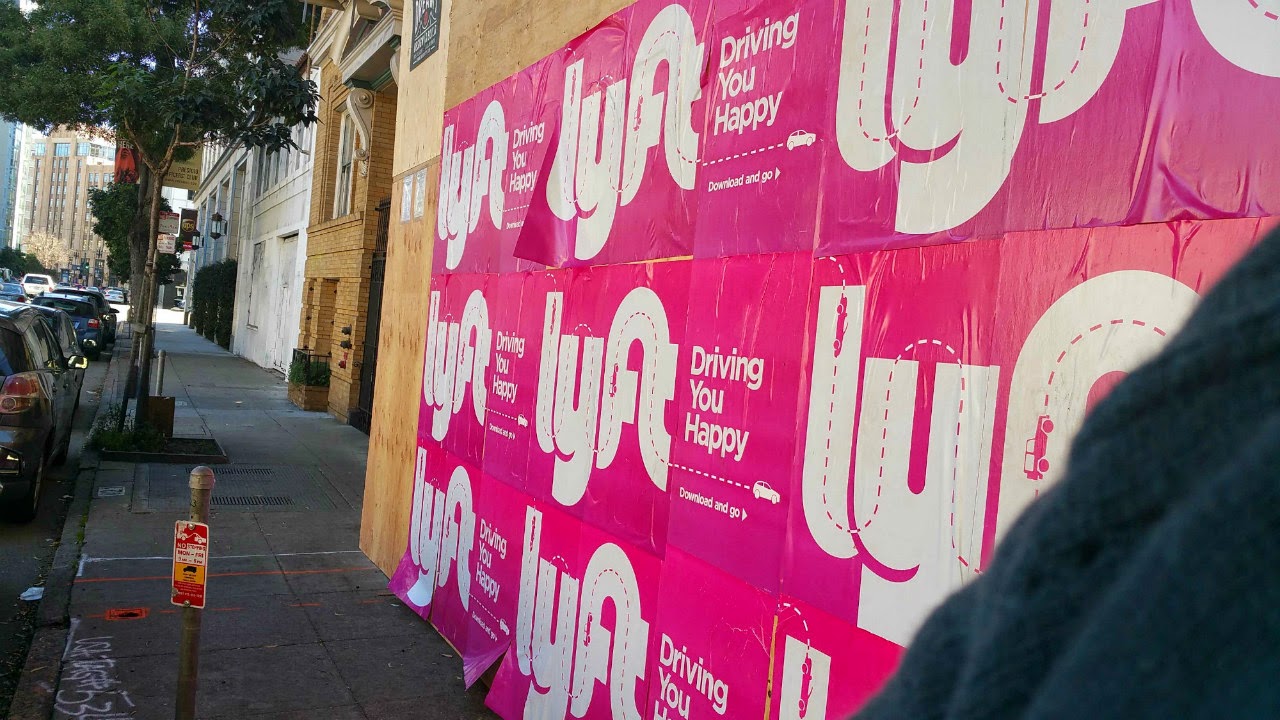 The permanence of Lyft's new hopscotch ads will be put to the test later this week, with showers predicted to begin on Thursday and lasting through the weekend.