Tucked away on 9th Avenue, just south of Irving, you’ll find The Oriental Art Gallery, a remaining outpost of what some might call “Old San Francisco”.

It’s been in business since 1967, and you get the impression that not a whole lot has changed since it opened, nearly five decades ago. The store is run by a spritely elderly woman named Su Lee, and it’s hard to describe just what exactly you might find behind its doors. 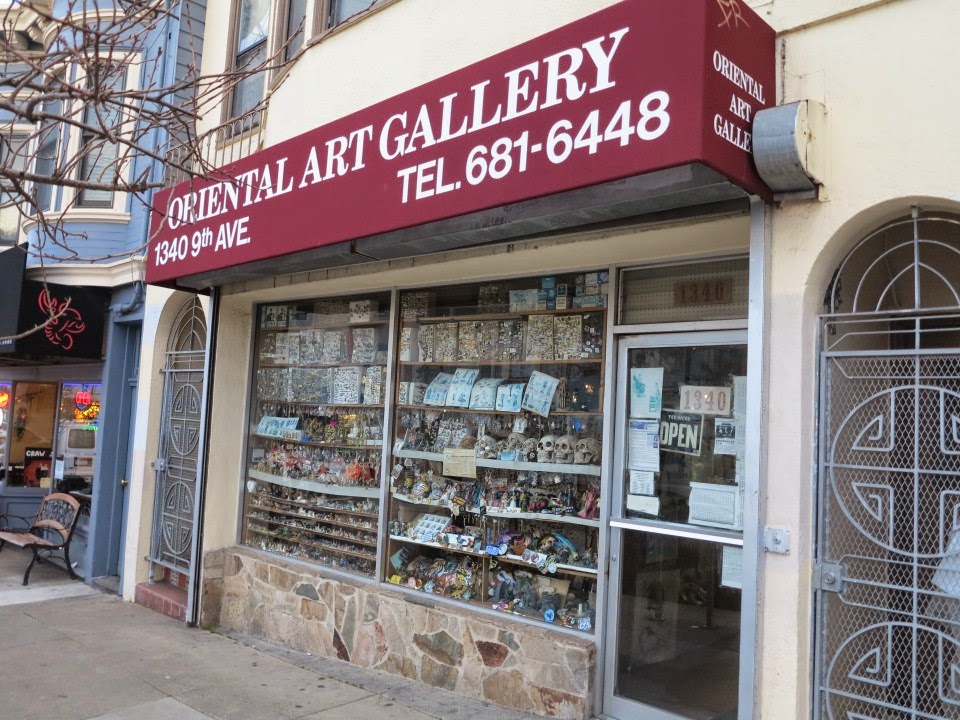 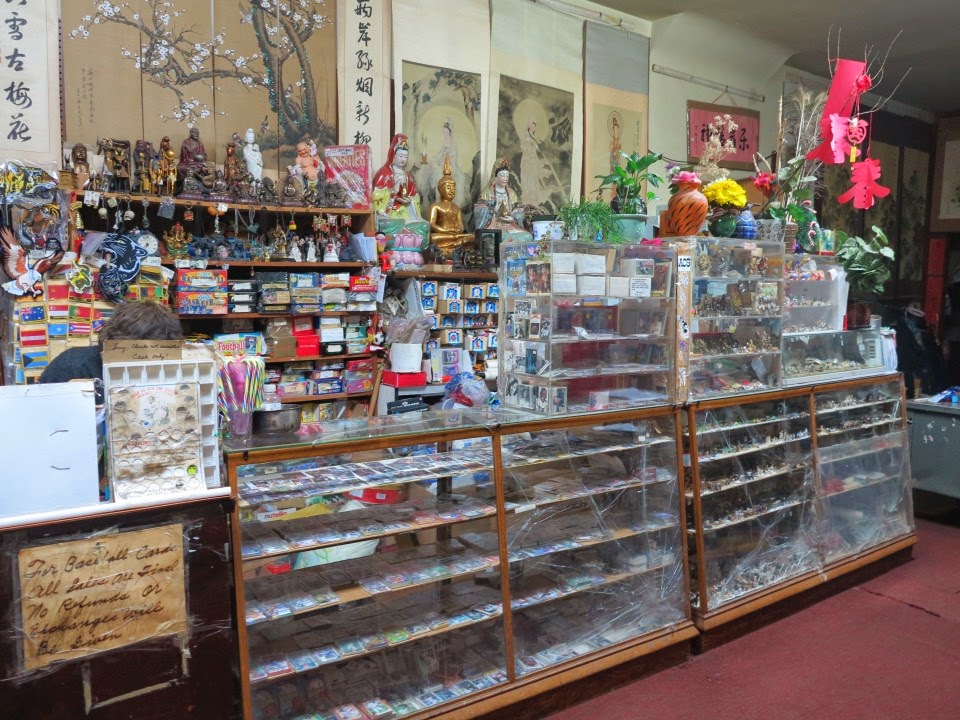 Thousands of enamel pins. Innumerable tiny statues. Patches. Incense. Old baseball cards. Skulls. Essentially, Lee’s shop seems to be home to all things tiny and interesting, and we were lucky enough to catch up with her the other day and talk shop about her fascinating business.

Originally from Mozambique, Lee came to San Francisco 50 years ago. It was her dream to do so ever since growing up in East Africa. Her husband originally opened the place as an art supply store, selling paper scrolls, watercolors and other items. However, Lee, who had collected pins and other tiny objects since she was a little girl, started selling them in the store along with tiny statues and other trinkets. “People liked it, so I kept going,” she told us. “Now, business is okay, but really it’s more for fun.”

Fun only begins to describe the time she appears to be having manning the counter the way she has done for so many years. The interior of the place is like the dimly-lit amusement park gift shop from the yesteryear of a distant planet. When asked where she actually buys all of the stuff, she laughed and replied, “So many places! It’s hard to put together. It’s not an easy job, it’s a hard job, but it’s fun!” She then went on to say, “I only make enough to pay the expenses. It’s not a lot of money, but it’s fun. It’s a retired person’s business. I only open the store half-days.”

Lee told us that many of the items she’s bought over the years were at the request of her customers. She explained that that was why she has so many skulls lying around, many of them etched with intricate patterns. She also told us that models of Ganesh were particularly popular. 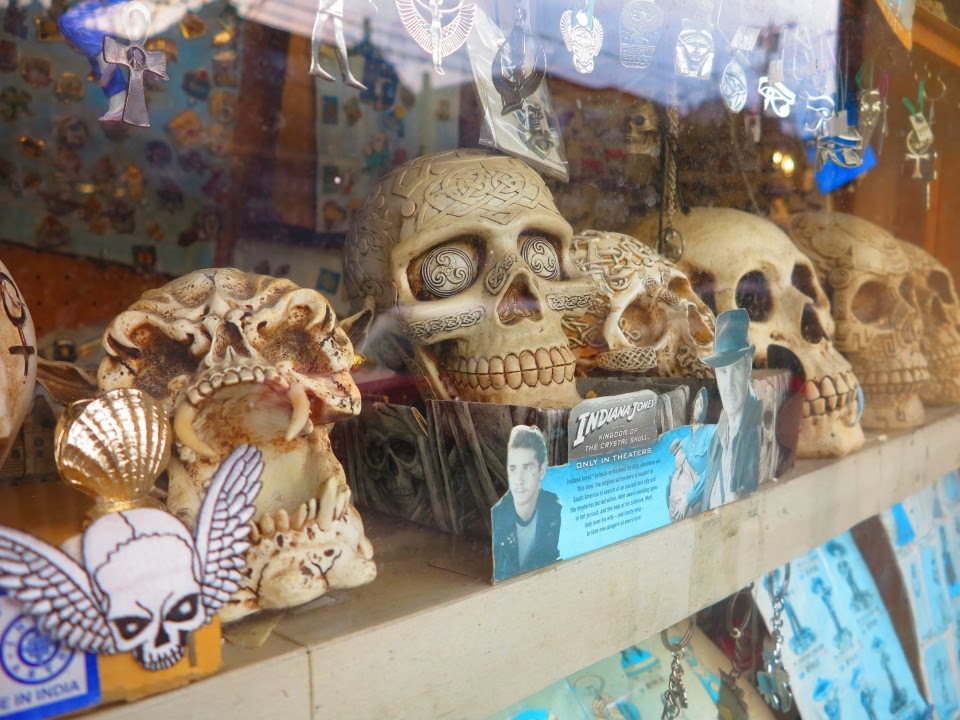 Also present during our time there was Lee’s son, Gary Lee, along with his wife and daughter. Gary is in charge of the sports memorabilia and card aspect of the business, which is essentially sourced from the private collection that he’s been building since the seventies.

We asked Lee how many items she thought she had in the store and she once again laughed and shrieked, “So many, I couldn’t count them! Really. So many. Thousands and thousands. It’s a crazy store! It’s for everybody. Children can come in here and buy something because it’s so inexpensive. Anybody can buy things here, young people, old people. Anyone can come and buy a gift.” 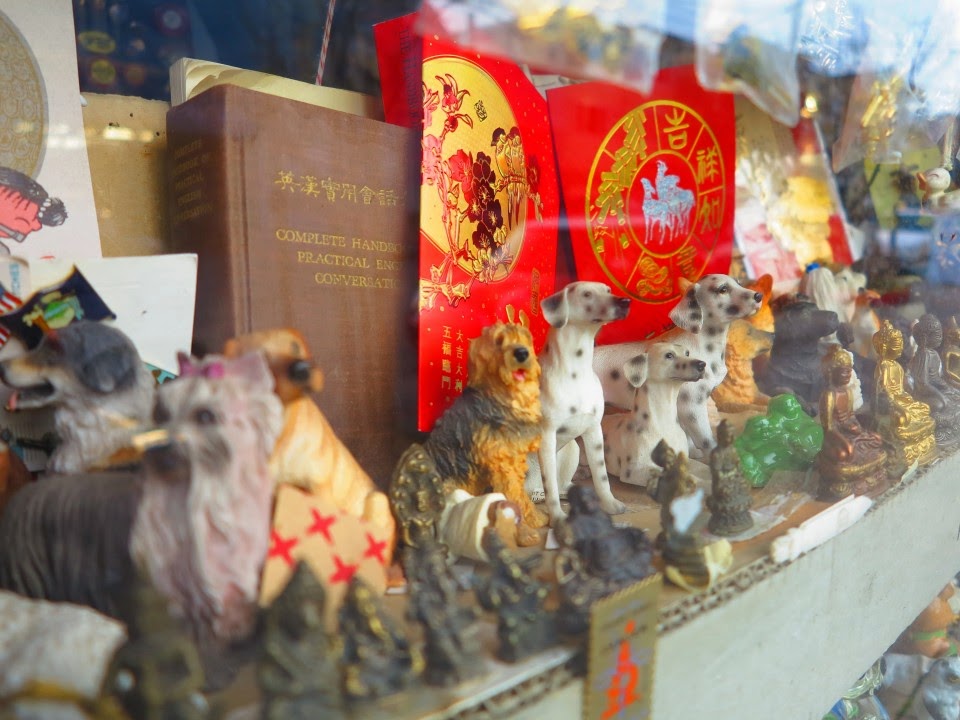 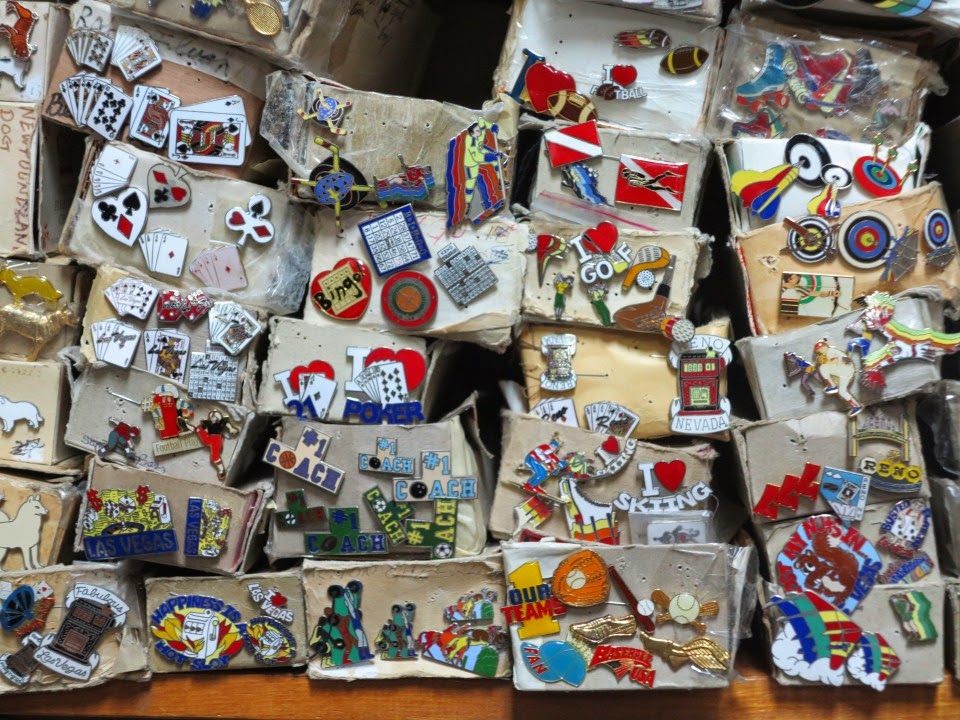 It’s really a store you have to experience for yourself. Pins of every variety imaginable can be purchased for between $3 and $6, and patches range from $1.75 to $9.50. However, to discuss the depth and breadth of items for sale here would ultimately prove futile.

“It’s a treasure of San Francisco,” said Brian Wishnefsky, who’s been a customer at The Oriental Art Gallery for the past 23 years. “I’m not just saying that, I’ve been coming here for years. My name for this place is 'House of Tchotchkes'.” He had wandered into the store looking for a specific type of patch and was greeted by Lee with open arms.

We got the sense that all of her longtime patrons received the same sort of treatment. 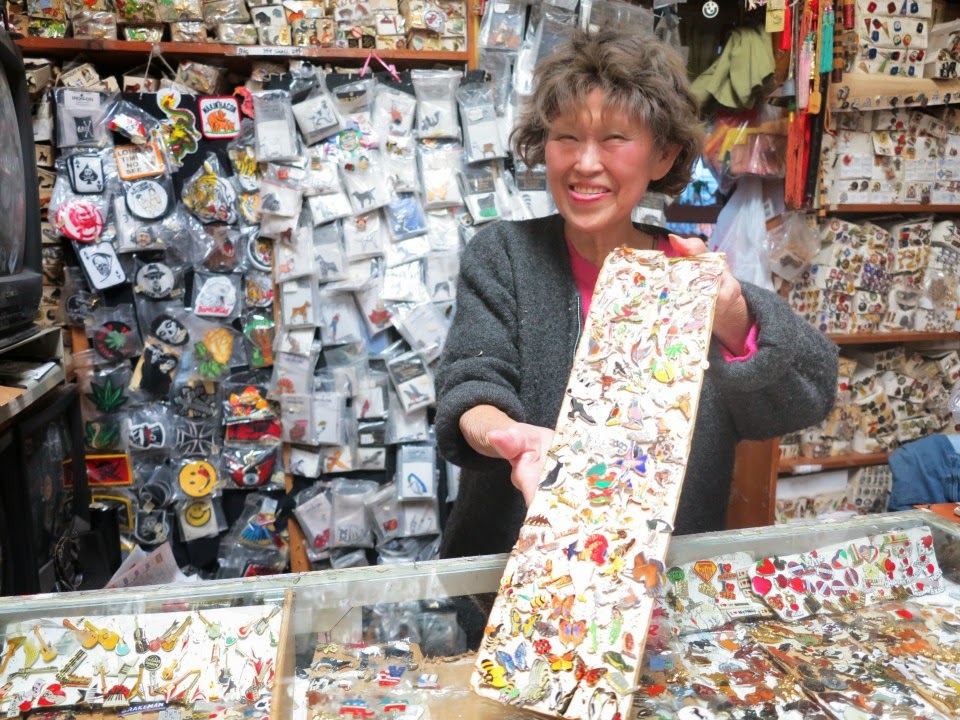 “I like my job because I can talk to my customers,” said Lee. “I’m retired now, and it makes my body move, and my mind move. If you’re always working, it’s healthy. I always tell people not to stop working. At least work part-time. Just because you age, you don’t have to be old. I tell people ‘Retire? Okay. Go find a part-time job.’ Old age doesn’t matter. As long as you move and use your brain, you’re healthy. Age is nothing!”

And there you have it: the fountain of youth exists in a knick-knack shop in the Inner Sunset, and Su Lee has found it.