Nearly two years in the making, a project to improve walking and biking conditions along the route known as the Wiggle is nearing the implementation phase.

The Wiggle Neighborhood Green Corridor Project, as it is called, is a joint effort by the SFMTA and SFPUC (Municipal Transportation Agency and Public Utilities Commission, respectively). The goal is to "bring stormwater management and traffic calming to the Lower Haight and Alamo Square neighborhoods," in the SFMTA's words.

The Green Corridor Project kicked off in June of 2013, and has involved numerous public meetings and online surveys to assess and refine proposed elements in the months since. As of today, those elements include:

Those elements will be installed at the intersections depicted in the map below: 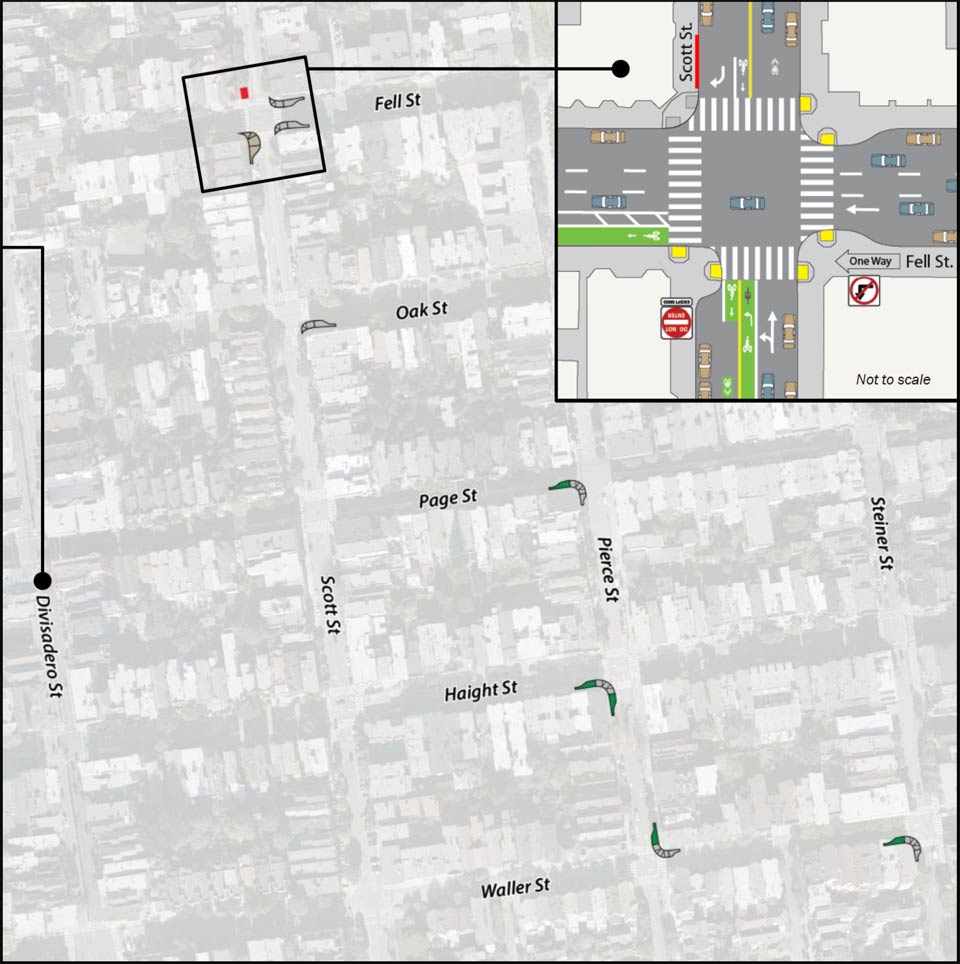 Other planned elements include permeable pavement to capture stormwater (remember stormwater?) before it overloads the local sewer system, a common occurrence during our rare local storms.

The SFMTA will be presenting the project at tonight's Alamo Square Neighborhood Association meeting at Redemption Church (1660 McAllister) at 7pm. Then, next Friday, April 3rd, the SFMTA will hold an engineering public hearing to solicit public feedback on the various transit and parking changes. The hearing will be held at City Hall Room 416 at 1pm.

After that, the next public hearing on the matter will likely be the SFMTA Board of Directors meeting on Tuesday, May 5th, when the Board will vote on whether to officially approve the project.

Thanks to Lawrence L. for the tip.