New York City gay bar Stonewall Inn, the site of a 1969 riot that's often credited as one of the watershed moments in LGBT history, recently received historic landmark status. But contrary to popular belief, the Stonewall riots were not the first such incident to occur in the U.S. That distinction goes to the Compton's Cafeteria Riot, which happened in the Tenderloin in 1966—a full three years before Stonewall. In honor of Pride, we talked to Felicia Elizondo, who participated in the Compton's riot and is being honored as a Lifetime Achievement Grand Marshal in this year's parade.

Back in 1966, says Elizondo, the Tenderloin was the center of the Bay Area's gay universe. It was not a safe time to be gay or transgender: there were no equality laws of any kind, and LGBT people were considered "perverts" and "mental cases." Transgender people faced the worst difficulties. Locked out of most "respectable" jobs, they were often forced to turn to prostitution in order to survive. Many were beaten, and some were brutally murdered.

"A lot of people thought we were sick, mental trash," says Elizondo, who underwent gender reassignment surgery in 1974. "Nobody cared whether we lived or died. Our own families abandoned us and we had nowhere to go." 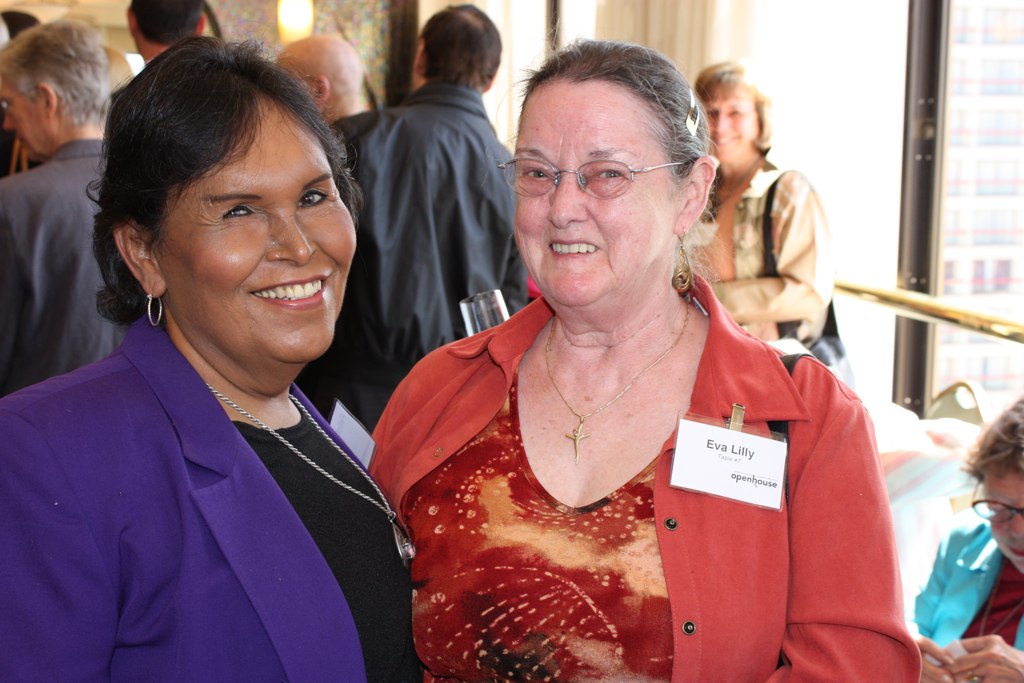 A longtime HIV survivor now approaching her 70th birthday, Elizondo has worked with many organizations supporting HIV patients, including Project Open Hand, the SF AIDS Foundation, and Shanti. But back in 1966, when she was struggling, Gene Compton's Cafeteria was one of the few places she and her friends could go—a rarity in an era when cross-dressing was illegal, and transgender people weren't even welcome at gay bars.

Located at 101 Taylor (at Turk), Compton's was a pleasant diner which served good, cheap food. The girls would gather each night to share stories and check in on one another. At the time, the police were known for their brutal treatment of transgender people. In Susan Stryker's 2005 documentary Screaming Queens: The Riot at Compton's Cafeteria (Amazon), riot survivor Amanda St. Jaymes recalls many girls being tossed into paddy wagons for the "crime" of walking out of their own front doors.

"We were murdered, thrown in jail, raped, and thrown out like trash," said Elizondo. Yet she retains fond memories of the neighborhood, the one place she could make friends who were like her. "It was like Oz," she recalled. "There were female impersonators, sissies, queens and hustlers."

The police regularly tried to stop transwomen from congregating at Compton's, and one night, one of them finally had enough. The riot started when a police officer tried to arrest a transwoman for drinking a cup of coffee at Compton's, and she responded by throwing the coffee into his face. Within minutes, other transwomen had joined in, throwing chairs and smashing windows. The next night, the group reunited to picket in front of Compton's. A plaque commemorating the riot was installed in the Tenderloin in 2006. (Photo: Waymarking)

Before the debut of Stryker's documentary, the Compton's riots had been all but erased from the history books. "In those days, I hear that the Mafia had control of the TL," says Elizondo. "All the documents of that day were lost, so there is no record, except for an unknown newsletter that documented it. Nothing else."

Fortunately, Stryker stepped up to the plate with Screaming Queens, which features interviews with Elizondo and several other riot survivors, as well as Elliott Blackstone, a retired SFPD officer who advocated within the department for better treatment of LGBT people. It also features old clips and news footage from the era, including a television interview with a transwoman who describes her struggle to find work. It's available in full on YouTube: