The Secret Lives Of Alamo Square

We all know that Alamo Square is a place of pilgrimage for those who grew up watching Full House. The Painted Ladies are up there on the list of most recognizable San Francisco landmarks, and so the adjacent Alamo Square is a tourist destination for groups of travelers, who snap selfies with the Victorians before continuing their tours of the city.

But what goes on before the tourists arrive? What brings local residents to Alamo Square well before the sun rises? Here’s a look into the life of the park that a tourist may never see. 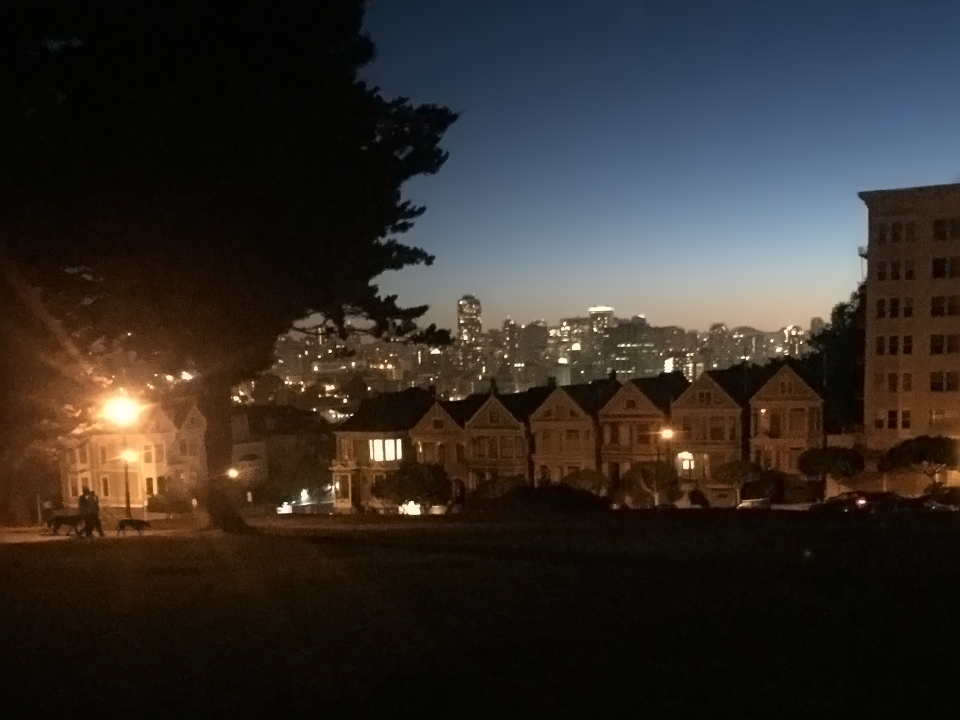 “It’s just a really interesting orchestra of events that happen on a daily basis,” said Paul Supawanich, who teaches a bootcamp at the park. “I personally find it fascinating that the Park comes alive with such a wide variety of personalities, all before 8am.” 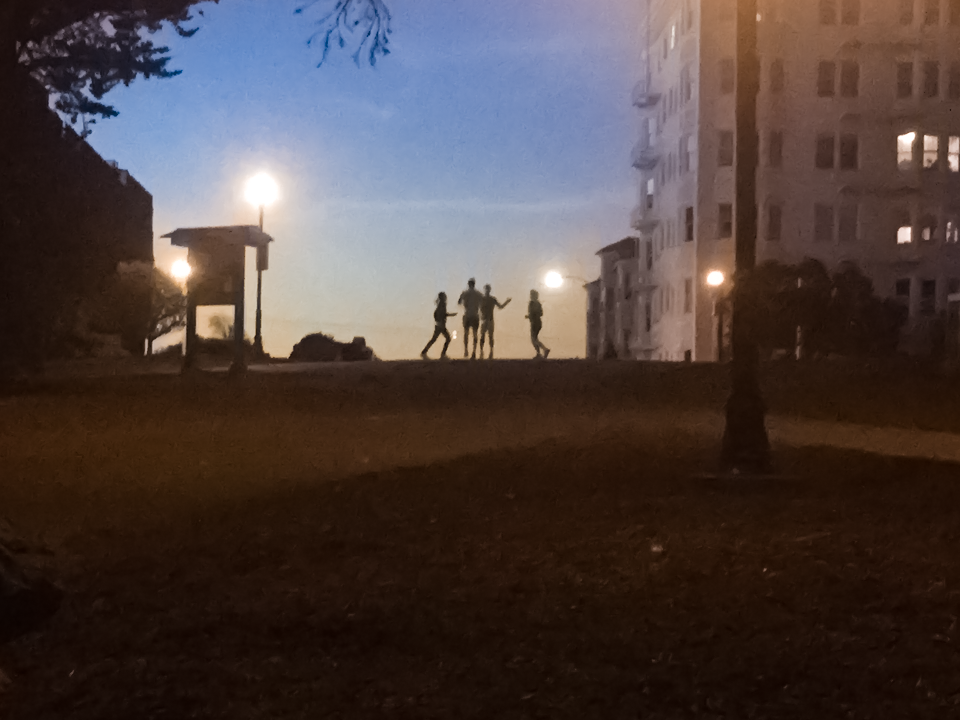 Supawanich said some of the personalities he typically sees in a morning at Alamo Square include Park and Rec mowers, blowers (and lawn mower drones), tech workers on their way to catch their buses, the constant stream of dog walkers, and residents of Walden House, which provides behavioral health services to those in need. 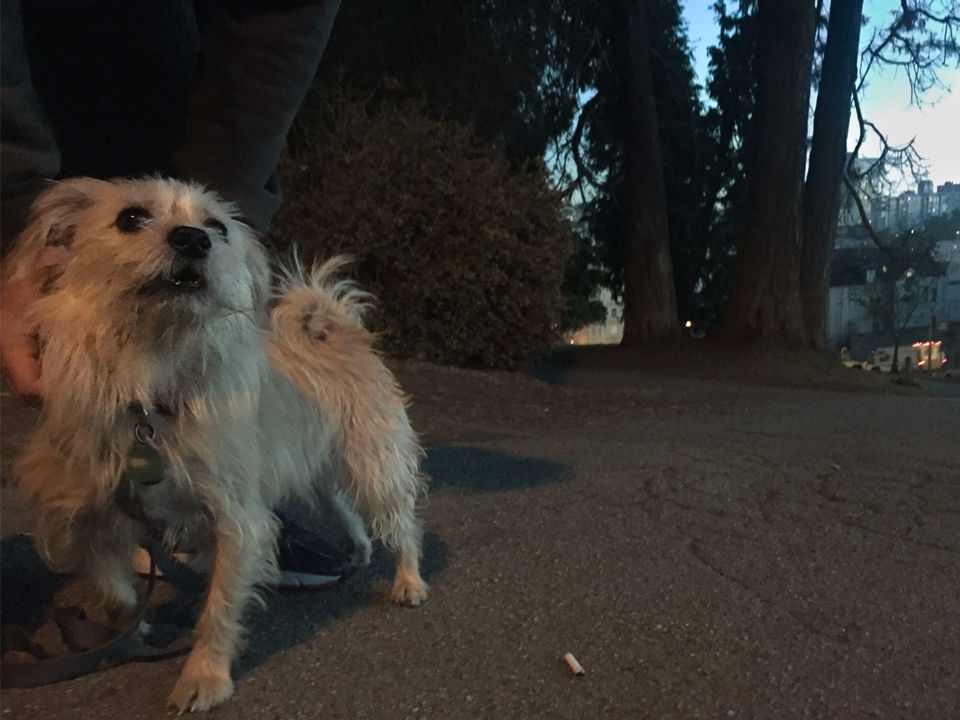 Jack on his morning walk

Phil Kauffold, a teacher who walks his dog in the park twice a day, described the park as "a little bit of a sanctuary." 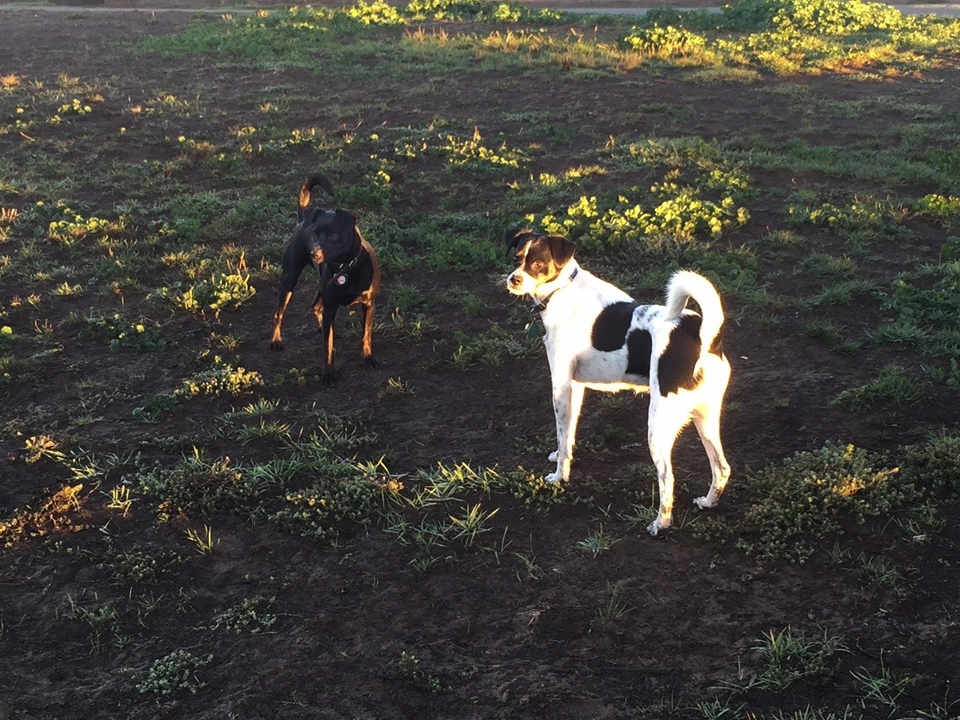 Fellow dog owners can catch up as their pets play.

Kauffold said, "I appreciate not being in front of my computer and working. So to me, it's primarily a dog park. I've met fellow dog people here, and Jack has his buddies that he plays with." 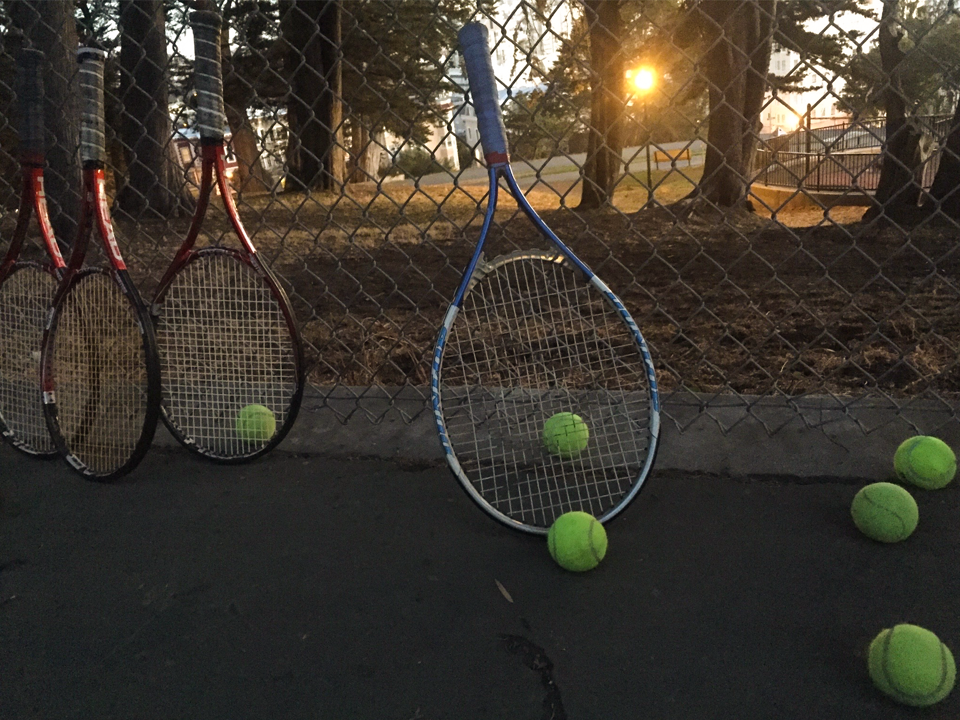 Right off of the bat, Cliff McClain will tell you he thinks the park is mostly for tourists. "That grass will be crowded with tourists staring at those houses," he said. But for him, the park is about tennis. 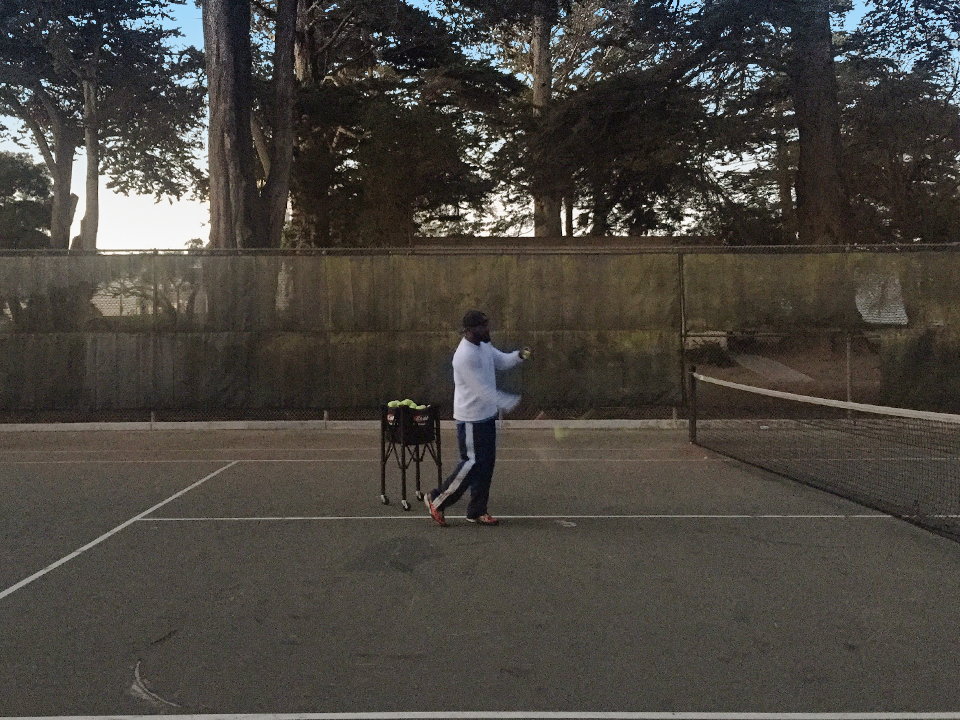 McClain is a tennis instructor who uses the court in Alamo Square four or five times a week. "This is a tennis court no one even knows about," he said. "I use it during the daytime—everyone else is at work." 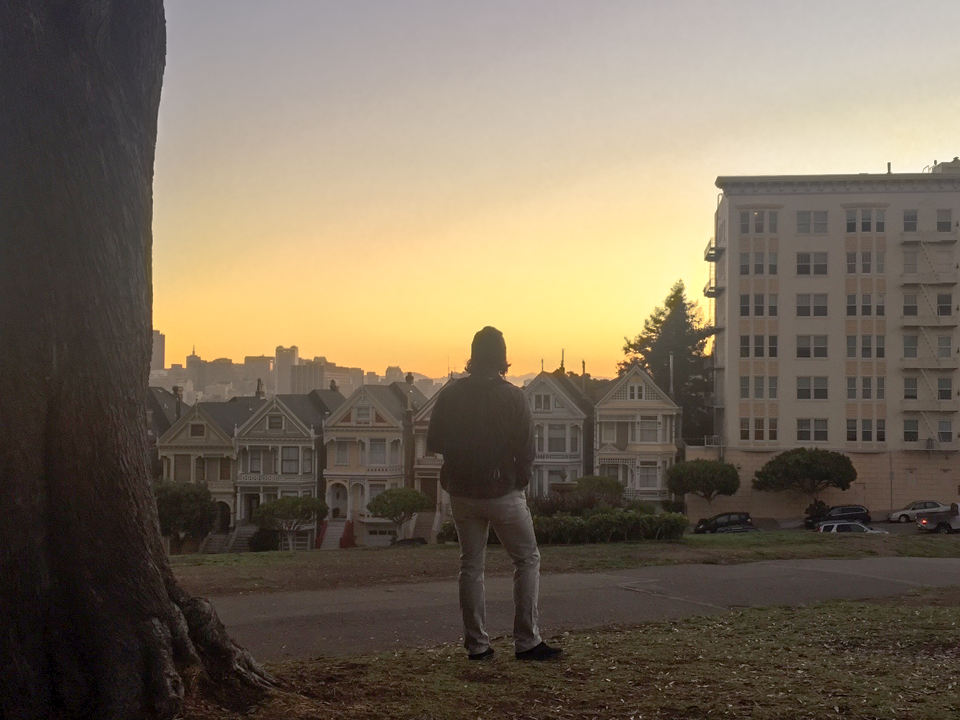 Kevin Iosue takes in the sunrise on his way to work.

A couple of people stood on the hill facing the Painted Ladies, but they weren't tourists. "I use this park as a hangout before work and on my lunch break," said Kevin Iosue, who works in the area. "It's just nice, a little slice of greenery in the city." 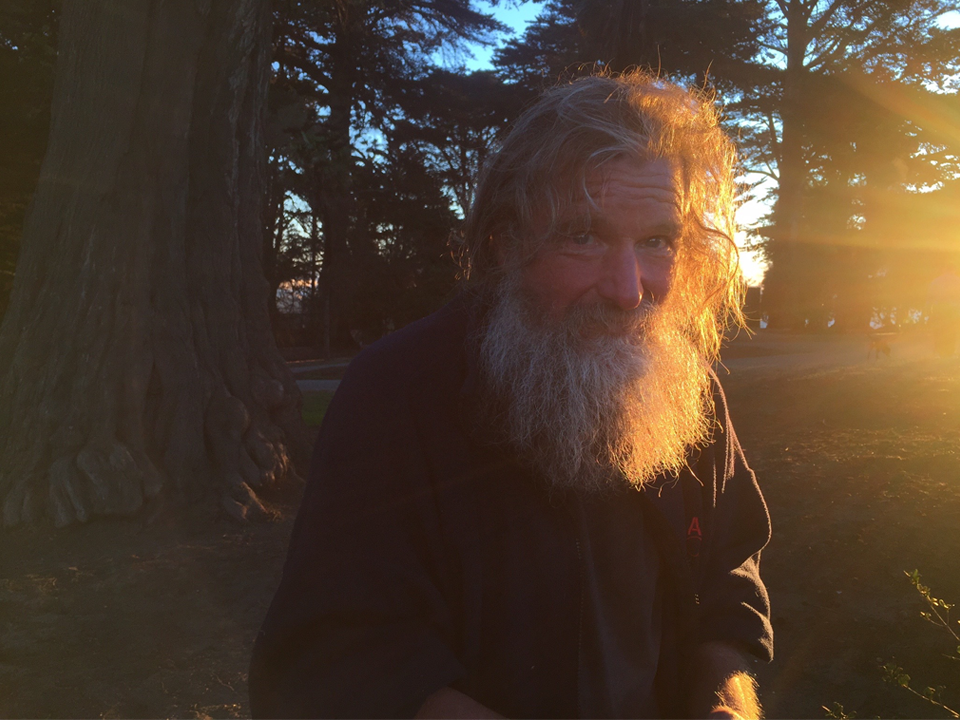 Paul Isaac revisits history on his walk in the park.

As most people in Alamo Square were starting their days, Paul Isaac, self-professed night owl and history buff, was ending his night by seeking out a specific moment in San Francisco's history.

The intersection of Hayes and Steiner is the location of a famous photograph taken in the aftermath of the 1906 earthquake. For three days, the park was filled with local residents gathered to watch the destruction of the city, as a fire raged to the east.

"This is just one of those places with incredible views," said Isaac. "Finding this spot from the famous postcard, the historic picture of people watching the fire from here—that's pretty neat."

To him, Alamo Square has nothing to do with Full House. "It's the postcard park."

San FranciscoAlamo Square
About 10 hours ago