Geary's Pedestrian Bridges May Be Razed, Despite Opposition

Starting today, we'll be doing more coverage of the Fillmore and wider Western Addition areas. If you've got a story idea or local issue that needs a closer look, drop us a tip here; if you'd like to write for Hoodline, give us a shout here.

Two pedestrian-only bridges that are used to cross Geary Boulevard may be demolished as part of the SFMTA's plan to expedite bus traffic along Geary. But while public transit speed along the corridor is important, many residents are concerned about the removal of these bridges in an area with a large number of children and seniors.

The Geary Corridor Bus Rapid Transit project is extensive, aiming to serve the 55,000 people who commute along Geary Boulevard every day at an estimated cost of $300 million. The project is currently in the environmental review phase and isn't expected to begin for another four to six years—but the plan is to work on it in stages, block by block.

In the vicinity of Webster and Steiner streets, the current plan is to remove the two large pedestrian bridges used by neighborhood residents as a safe way to cross Geary's nine lanes of traffic. But the bridges' large columns, which rest in the middle of Geary, are inhibiting the SFMTA's plan to construct a red transit-only lane down the street. So the SFMTA is looking to demolish the bridges, with the goal of speeding up public transit along the corridor. They'd be replaced with wide, brightly-painted crosswalks—which will also be ADA-compliant, unlike the bridges.

No formal timeline has been announced for the demolition of the pedestrian bridges, but the project's official public comment window will close on November 15th of this year.

While increasing public transit speed is popular, many in the neighborhood feel the removal of the bridges is an unsafe choice. The bridge at Steiner Street offers a car-free passage across Geary to two community spaces often used by kids and the elderly—Raymond Kimball Playground, on the south side of Geary, and the Hamilton Recreation Center, to the north of Geary. At Webster Street, the pedestrian bridge is often used by students of Rosa Parks Elementary School, both for commuting to school and for field trips. 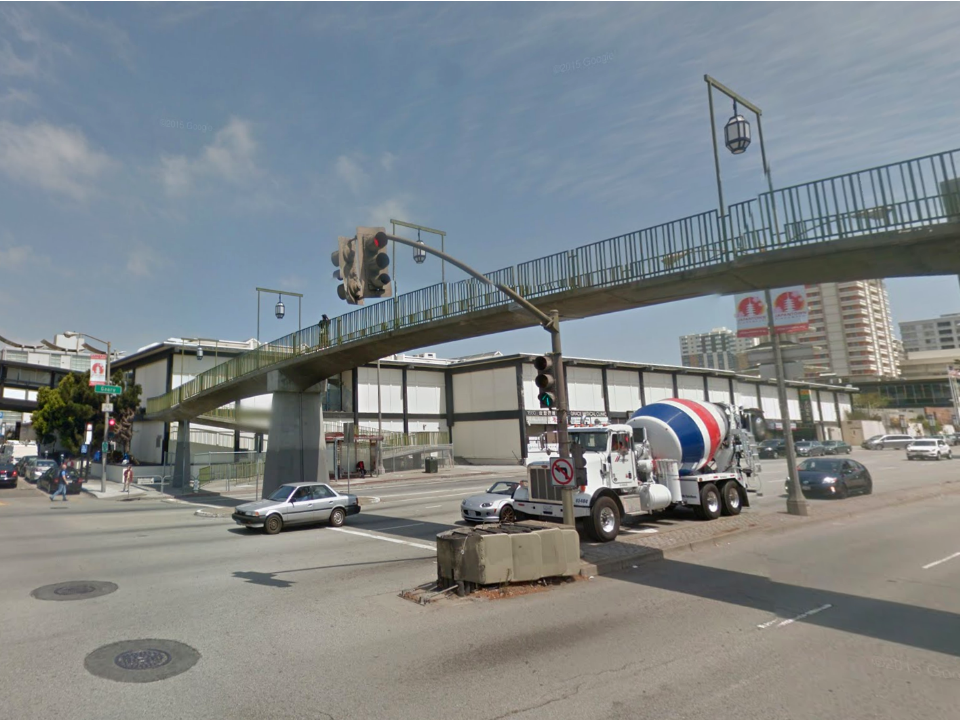 Local resident Karen Kai is a member of the Advisory Board to the Japanese Bilingual Bicultural Program Parent, Teacher and Community Council (PTCC), a group that strongly opposes the demolition of the bridges. She strongly opposes demolishing the bridges. "To us, saving 20 seconds doesn't compare with putting a child's life in danger," she said.

An Owl viewer has been installed by the SFMTA at Geary & Webster to inform local residents about the proposed changes to the intersection (thanks to tipster Dima I. for sending along a video). After showing renderings and a voice over presentation, the Owl asks viewers to take a poll. But as Kai points out, "it only tells one side of the story."

In a letter sent to the SFMTA, the council stated "this bridge is the only fully safe way for groups of children to cross Geary Blvd. Without it, some of the elementary school activities would become much more difficult or impractical, and discussion with teachers and staff at Rosa Parks Elementary School has shown strong opposition to removing the bridge." Paul Jacobsen, principal of Rosa Parks, has also sent a letter opposing the demolition.

But the SFMTA argues that the bridges are not living up to their full potential. "Both bridges are long and steep, requiring a significant walking distance," SFMTA spokesperson Robert Lyles told us. "Any pedestrian with low mobility seeking to cross the bridges is simply unable to navigate the climb on foot." The crosswalks would also be ADA-compliant, which the bridges are not, he noted. "Their existing ramps are too steep, and possess no flat landings for people in wheelchairs or with mobility impairments to rest." 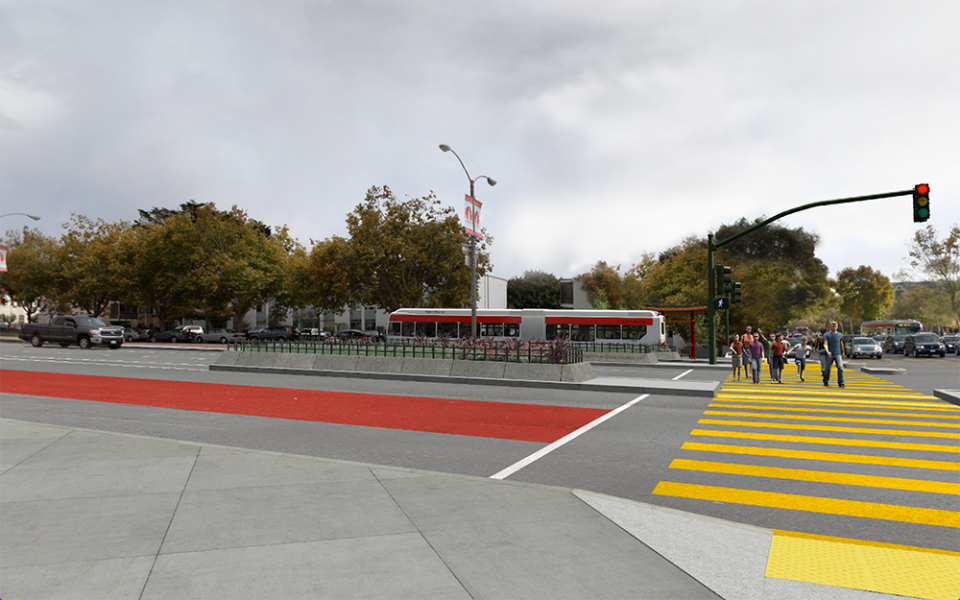 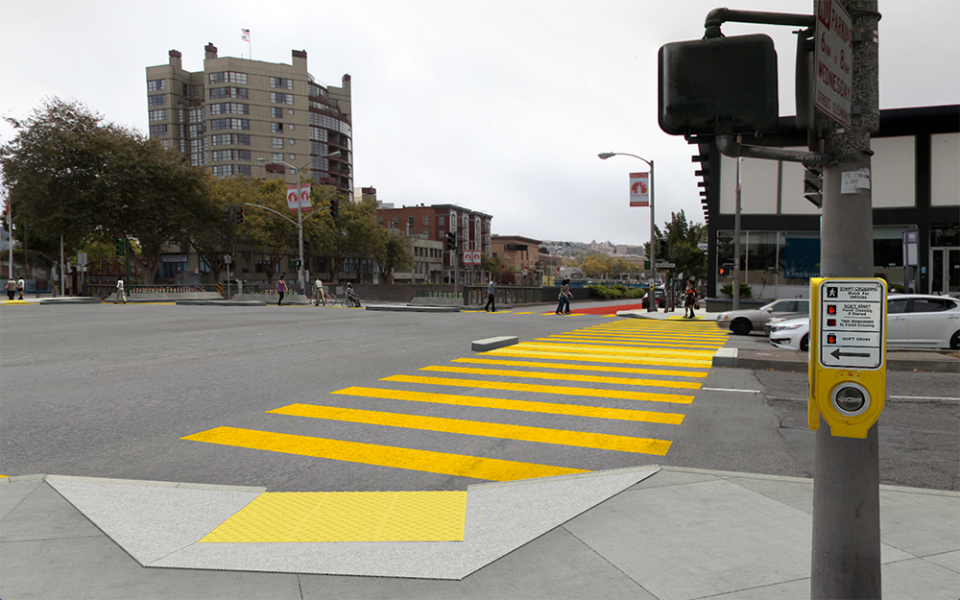 The next meeting on the Geary BRT Project will be held on November 5th at 6:30pm at St. Mary's Cathedral (1111 Gough St.) For those who are interested in having their voices heard, comments can be submitted at the meeting via comment card, emailed to gearybrt [at] sfcta [dot] org, or spoken up in person to be recorded by a court reporter.

We'll let you know the final verdict is on the pedestrian bridges, and how the future of the Geary BRT project will affect the Fillmore neighborhood. In the meantime, do you use the bridges, or would you prefer to cross Geary via crosswalk? Would you miss the bridges if they were gone? Let us know in the comments below.

Thanks to readers Bruno and Dima for tipping us off.

San FranciscoFillmoreJapantownWestern Addition
About 10 hours ago