For Outer Sunset, Sea Level Rise Will Be Less About Water, More About Sand

“Sea level rise is a slow moving emergency,” said Marina Psaros, a resident of the Sunset District and co-founder of the King Tides Project. “It’s something that concerns me for my kids. They’re the ones that are inheriting this world.”

A world in which sea levels are projected, by some predictions, to rise by as much as eight feet by 2100.

“The things that we as Sunset residents will probably need to worry about is not that our houses are going to get wet, but it’s the public financing issues of how to protect all of the infrastructure in our city,” said Psaros.

Although sea level rise will affect San Francisco’s topographically diverse neighborhoods differently, rising water levels are a common threat to our city’s interconnected infrastructure. Even though models show that the Sunset District isn’t at as much risk for inundation as neighborhoods like the Marina and Hunters Point, Sunset residents, businesses, and infrastructure are near the frontlines of where the Pacific meets the peninsula: Ocean Beach. How the national park is managed in the coming decades will greatly impact the resiliency of not just the beach, but also the Sunset District as a whole.

Longtime residents of the Sunset are used to frequent closings of the Great Highway between Lincoln and Sloat.

“During the last two El Niños, we had serious erosion at Ocean Beach that resulted in part of the Great Highway being closed down for almost a year,” said Ben Grant, Urban Design Policy Director for San Francisco Planning and Urban Research (SPUR).

“That is going to continue as sea level gets worse,” Grant continued. “The road will close periodically both from blowing sand and from erosion problems that can create unsafe driving conditions.”

One of the major recommendations that came out of the Ocean Beach Master Plan, a project with which Grant was directly involved, is to gradually close the Great Highway south of Sloat. Traffic would be rerouted behind the zoo via Sloat and Skyline, with improvements to the intersection to ensure that there is no congestion.

We could begin to see some of these changes within five years. 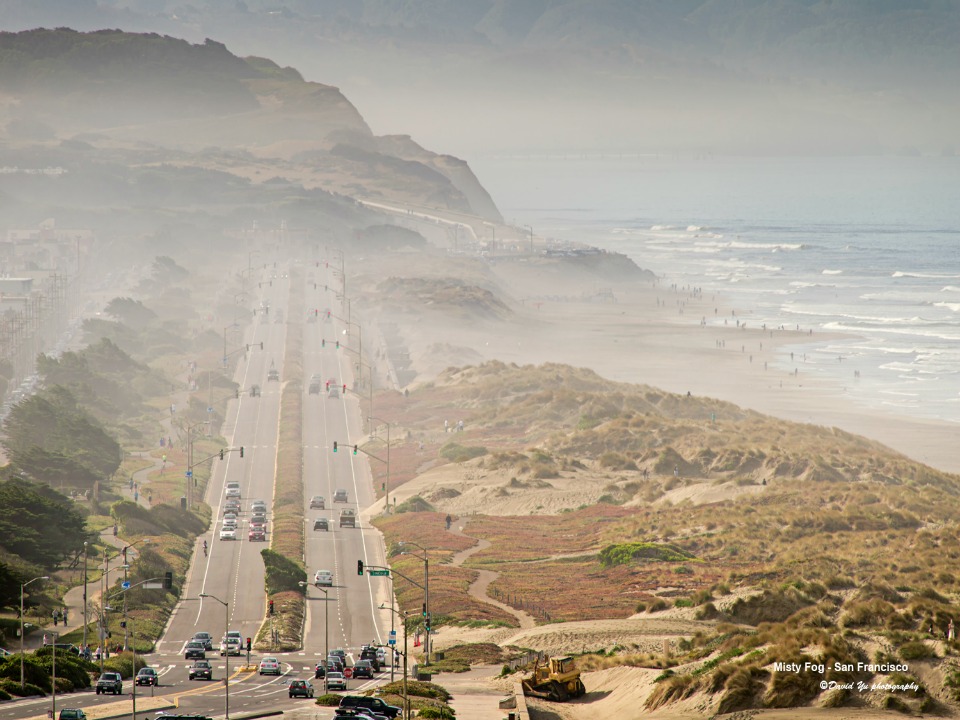 There’s a reason why this section of the Great Highway is on the chopping block. By sacrificing this portion of the highway, planners will better be able to protect the Oceanside Water Treatment Plant. The plant, including the Lake Merced Tunnel, a 14-foot diameter pipe that runs underneath parts of the Great Highway, is a large reason why San Francisco is able to remain compliant with the Clean Water Act of 1972.

However, San Francisco does need to retrofit its wastewater and treatment system to prevent saltwater backflow during major storm events, according to a 2013 city Civil Grand Jury Report.

“The Lake Merced Tunnel is a big-ticket interest piece for the future because that’s a significant part of the system that is designed to absorb stormwater during rain events and prevent pollution of coastal systems,” said Grant.

According to a report from the California Coastal Commission, the current one-in-ten year flooding event is likely to occur every other year by 2100 due to rising sea levels.

“Long-term sea level rise is going to be a concern because with great flooding, comes greater erosion right along the Ocean Beach area,” said Lesley Ewing, a coastal engineer with the California Coastal Commission.

“Part of the plan is to get some of the dunes reestablished better,” said Ewing.

Both the Richmond and Sunset Districts are built on sand dunes. By allowing the portion of the Great Highway south of Sloat to return to natural dunes, Ocean Beach will be better prepared to deal with rising sea levels.

“By gradually narrowing, and ultimately closing, the stretch of the Great Highway south of Sloat, that allows the shoreline profile, meaning the bluff, to sort of lie back and become more of a long slope,” said Grant. “That creates a more sustainable beach profile. The waves can run up and disperse their energy. Hammering against a vertical wall tends to create much more erosion.”

Addressing erosion along Ocean Beach will require more than just planning. It will also require sand—a lot of sand.

“There are projects underway to try to get more sand onto Ocean Beach so that the beach itself is a better buffer. The beach then can help build the dunes,” said Ewing.

One idea has been to reuse sand collected from just off of the coast.

“There’s a navigation channel for ships to come into San Francisco Bay, through what’s called the Potato Patch,” explained Ewing. “Every year, the Army Corps of Engineers dredges about 600,000 cubic yards of sand from that navigation channel.”

Planners are looking for ways to put this sand on Ocean Beach. Natural replenishment projects such as this can save the city millions of dollars in costly sand nourishment programs along its coastal zone.

According to Grant, the City went to the California Coastal Commission in November and got approval to place sand and sandbags in an adaptive manner to better manage erosion problems as they develop along Ocean Beach. This is the first time that the city has gone to the commission in advance, proactively, and gotten regulatory clearance ahead of time so that it can act quickly during a storm.

This foresight is in line with the governor’s office. In his budget announcement last week, Governor Brown approved three million dollars to hire 25 statewide employees, all of whom will focus on sea level planning and adaptation with the California Coastal Commission. 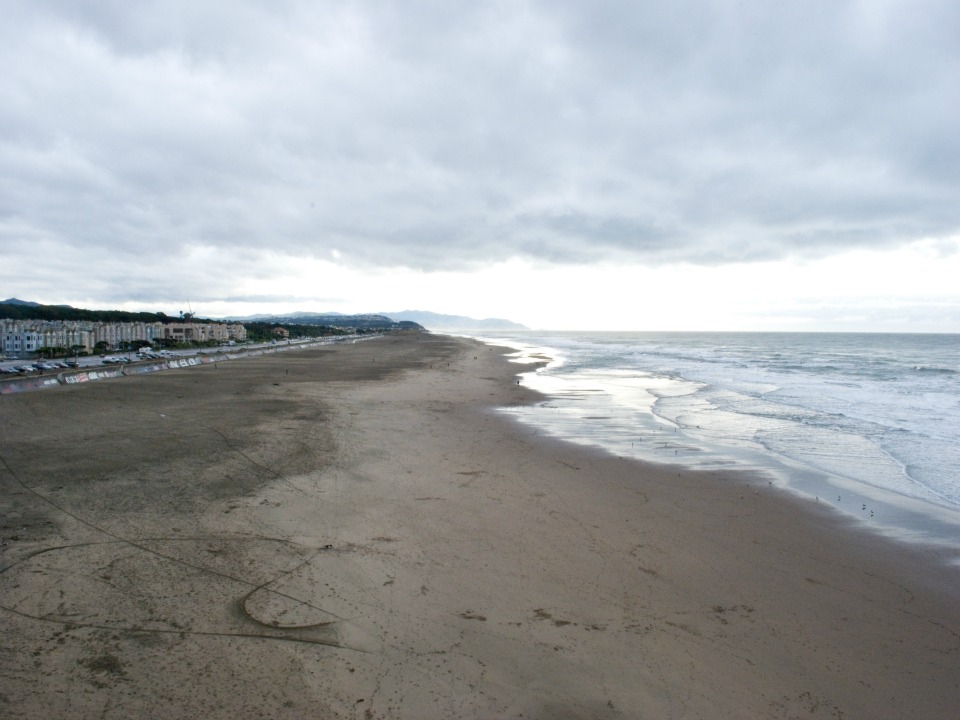 “I think that people get afraid of big capital projects,” said Psaros, "But we’re gonna need to do them.”

Major infrastructure projects don’t go up overnight. After the 1989 Loma Prieta earthquake, it took more than 13 years to begin construction of the east span of the new Bay Bridge.

“It’s kind of like planning for college,” said Psaros. "Right now, the kids are young. Right now, we have a lot of opportunity to choose how we want to spend our money."

“I think for a lot of folks in the Sunset, our biggest issue in the near term is probably the earthquake,” joked Psaros. “But that’s the other thing—who knows when that will happen.”

"We know that sea levels are rising. We have time to plan."