Rooky Ricardo's Records To Move Across The Street During Seismic Retrofit

Some temporary changes are on the way for Rooky Ricardo's Records, who will be temporarily vacating its current location at 448 Haight while the space undergoes a seismic retrofit. But luckily for vinyl aficionados, its doors will still be open for business—right across the street. 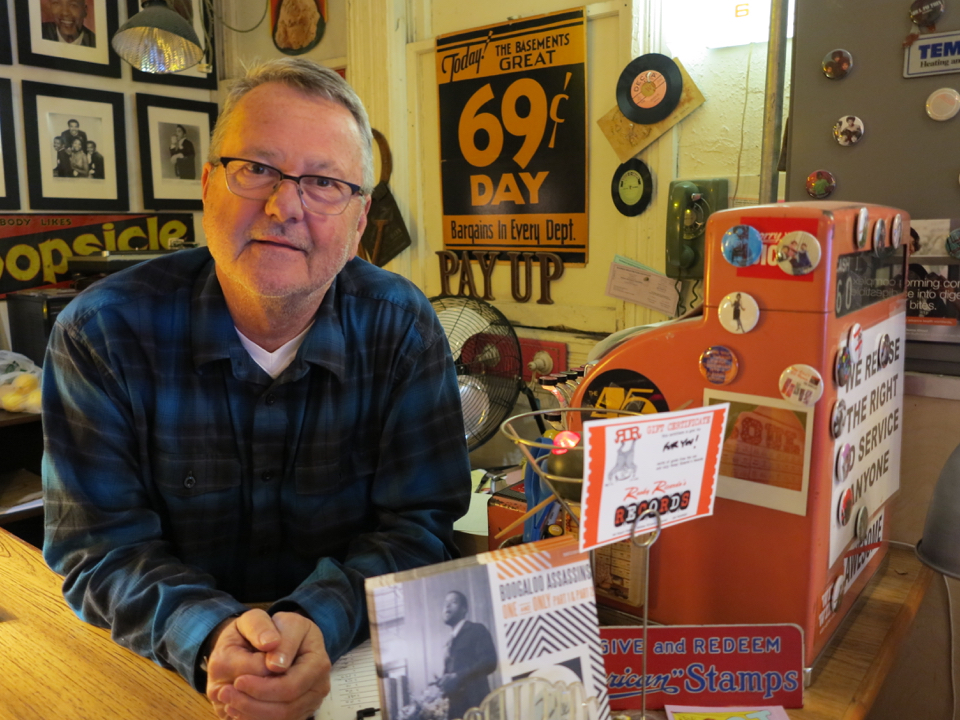 Owner and neighborhood fixture Dick Vivian has worked out a deal with the folks behind the storefront located at 419 Haight (formerly Zero Friends San Francisco) to set up shop in their space for the four to eight months it will take to complete the retrofit at his original store, which he has run for the past 28 years. "I was able to use the space temporarily, because the plans they have for it won't be ready for about another year," Vivian told us, though he couldn't elaborate on what those plans will be. 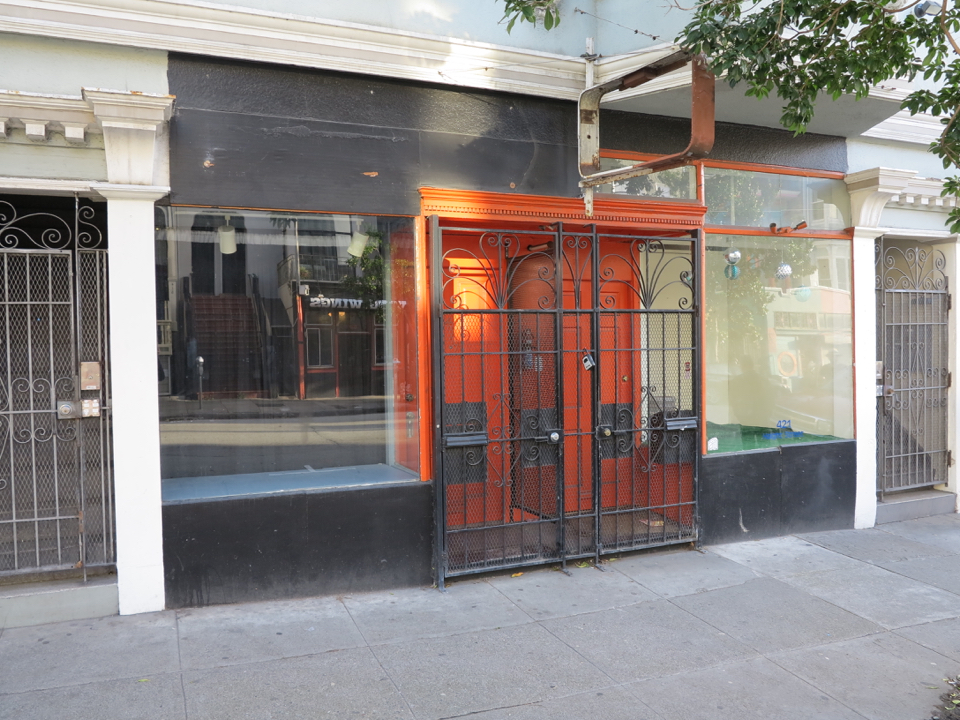 419 and 421 Haight Street. Rooky Ricardo's will occupy the space on the left.

Vivian expects to receive a 30-day notice to temporarily vacate his shop on March 1st, and will officially open for business across the street on April 1st. However, there will be some overlap in March when both stores will be open, as he makes the transition.

"The store will never be fully closed. It will just be a matter of who's at either location," said Vivian. During the interim, employees Will Lagone and Sean Siegel will be putting in extra time in order to properly manage customers at each location. 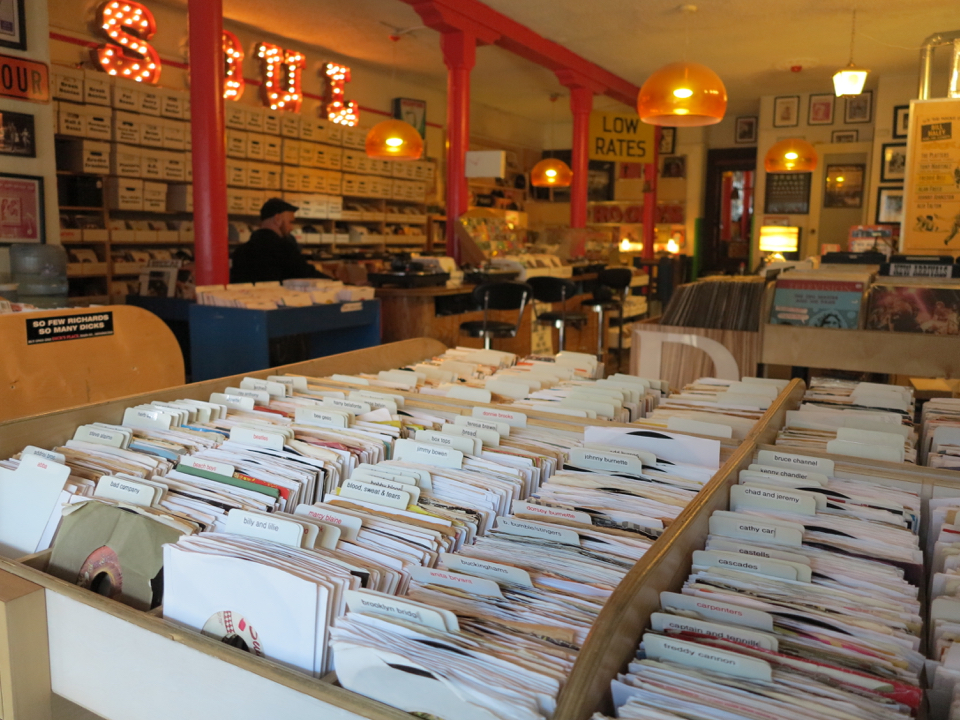 "I'm very lucky that I get to move across the street, because I wasn't sure how I was going to survive for six months," Vivian said. When asked whether or not his landlords would raise the rent after the retrofit, he told us he didn't know for sure, but he would be surprised if they did. "I've been here for 28 years, and they don't strike me as people who would do that," he said.

He added that he has a great relationship with them, and that he feels he's always been treated fairly over the past three decades. "They've been great," he said. "The nicest people imaginable." 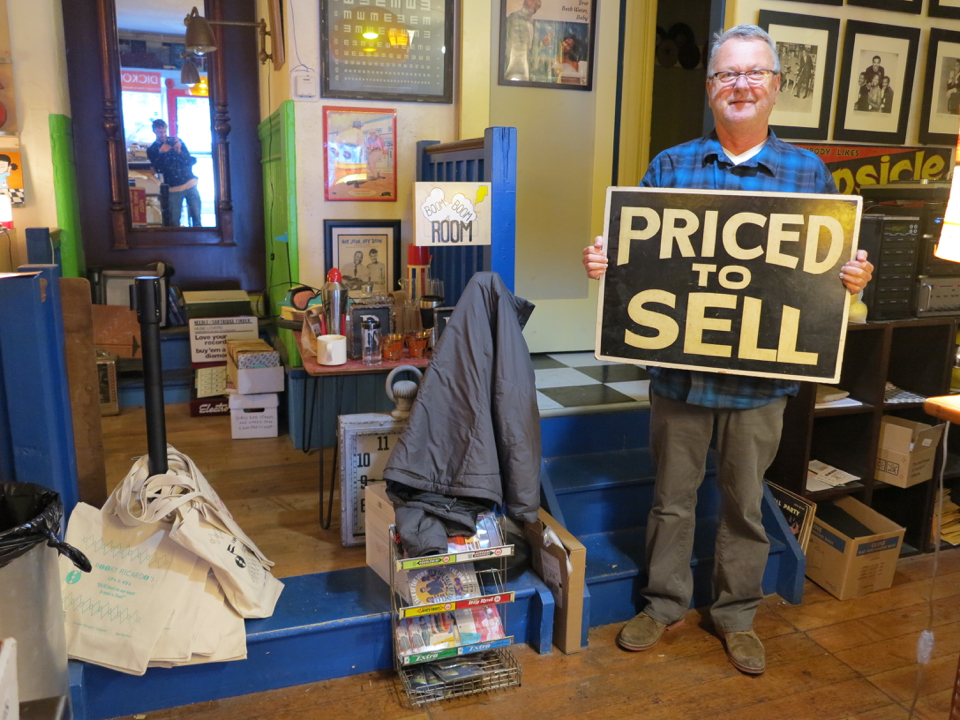 According to Vivian, the retrofit at the original location will essentially bring everything down to one flat level, including the bathroom in the back (see above). It will also remove the entryway where the front door currently stands.

The only downside is that the temporary location will have less space than the one he has now, which means Vivian will have to incur some storage fees. As a result, he's hoping to jettison some of his inventory over the next few weeks.

"I'm looking to sell quite a bit of merchandise in bulk. If any record stores or collectors are interested in getting records at great savings, I'm hoping to make some large sales before the move," he told us. Any interested parties should call the shop at (415) 864-7526 during store hours. 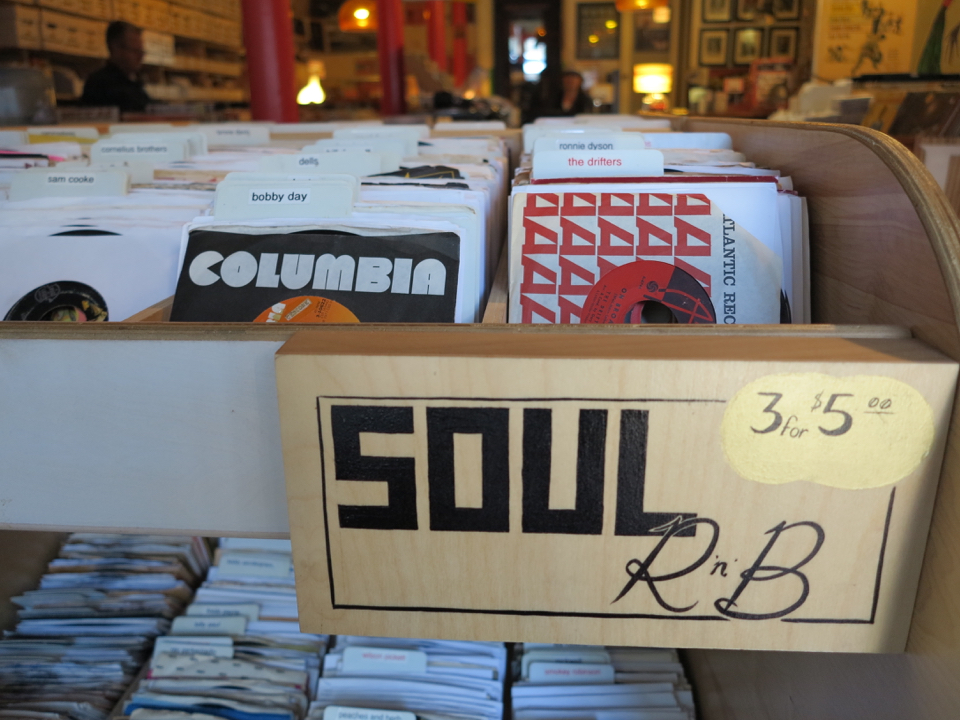 Closures for building retrofits have been on the rise in the Lower Haight of late, with Edo Salon, Merch, and Bean There all affected. Without a nearby second location to move into (which only Edo was able to pull off), businesses can miss out on months of revenue and weather the potential loss of staff. Retrofits have served as a final coffin nail for some small businesses in other neighborhoods, including the Castro's Cafe Sophie.

As a result, Vivian is keenly aware of his good fortune. He also attributes his unique opportunity to stay in business in the interim to the strength of the Lower Haight community he's been a part of for so long.

"I'm very fortunate to move across the street," he said. "Otherwise, it would have made it impossible to maintain my presence in the neighborhood."