On Tuesday evening, about 50 people rallied outside of San Francisco’s flagship Apple Store in Union Square to protest the FBI, and its request that Apple create what the company has dubbed a “back door” to gain access to data on iPhones.

While Apple has refused to comply with the FBI's request, many privacy activists are furious that the government even asked in the first place. The FBI had asked a judge to request that Apple give the agency access to the iPhone of a suspect in the Dec. 2nd attack in San Bernardino, which killed 14 people and injured 22.

The gathering was just one of over 40 happening throughout the country and abroad. Fight for the Future, a nonprofit internet advocacy group, planned the event, advertising it on the site dontbreakourphones.org. The hashtag #dontbreakourphones became a trending topic on social media.

“The request by the FBI is not just a question about privacy versus security; this is a question of security versus security," said Charlie Furman, a spokesman for Fight for the Future. "Breaking basic encryption and undermining data security makes all of us more vulnerable to identity thieves, to cyber attack and anyone else who wishes to do us harm … The government asking for this back door that could potentially give access to millions of iPhone users' data is frankly irresponsible.” 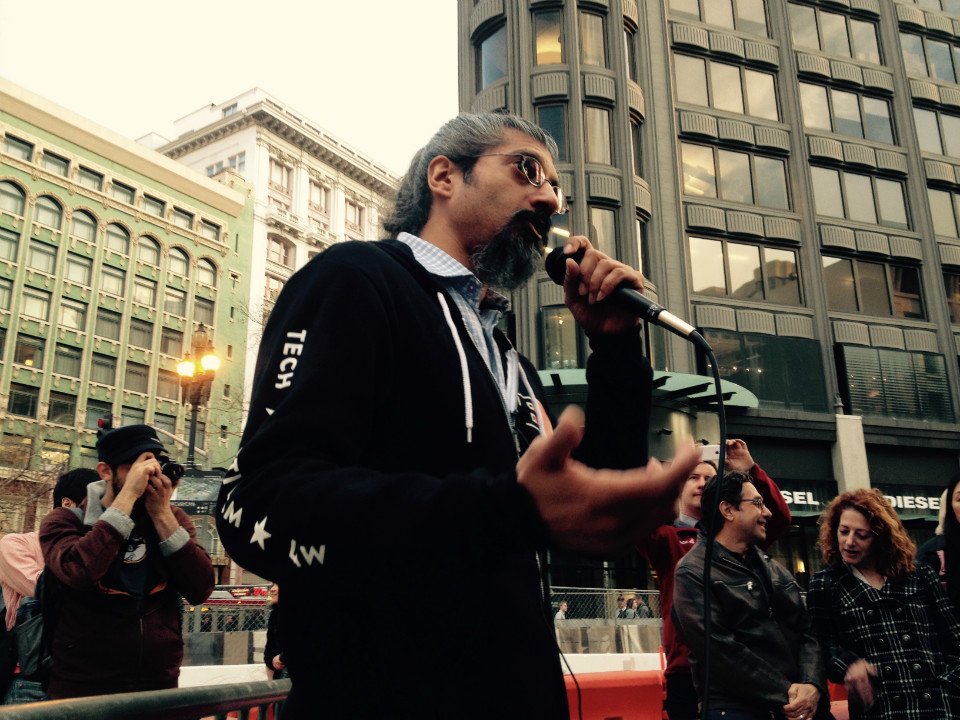 Shahid Buttar speaking to the crowd.

“We’ve seen this before,” said Shahid Buttar, director of grassroots advocacy for the Electronic Frontier Foundation, which is based near Civic Center. "Intelligence agencies have a habit of construing their powers as synonymous with national security. But we know that national security includes device security. It includes security of the ways that we track our information, the ways that we communicate with our friends, and neighbors and lovers, our political allies. These issues, for some people in the world, are quite literally matters of life and death.”

Buttar told us many in the San Francisco LGBT and ally community are concerned about device encryption, because it is often the safest means of communication for LGBT people in repressive countries. “This is true in places like Uganda and elsewhere, where being openly gay  is literally a matter of life and death for some,” he said. 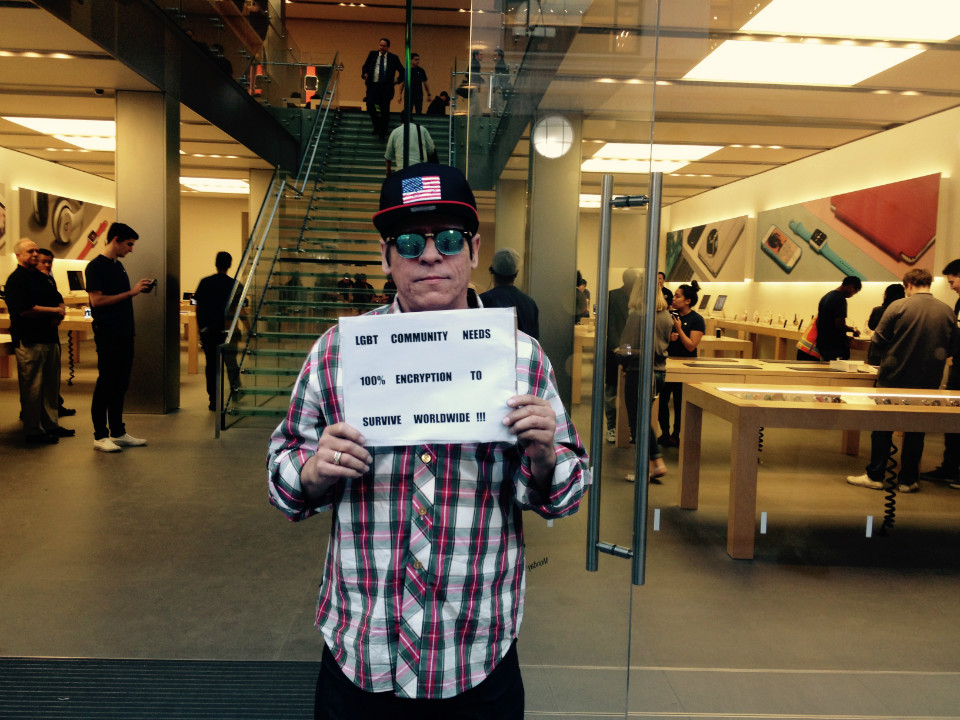 "Every person on this planet has the right to safety and encryption, no matter where they come from or what income level they are," Malkia Cyril, Black Lives Matter spokesperson and executive director of the Center for Media Justice, told the crowd.

Protestors carried signs that said,” Stop the crimes of your government,” “Don’t break our phones!” and "Secure Phones Save Lives." Though several attendees wore Guy Fawkes masks, often associated with the hacktivist group Anonymous, Buttar ended the event by encouraging everyone in the crowd to meet someone new. 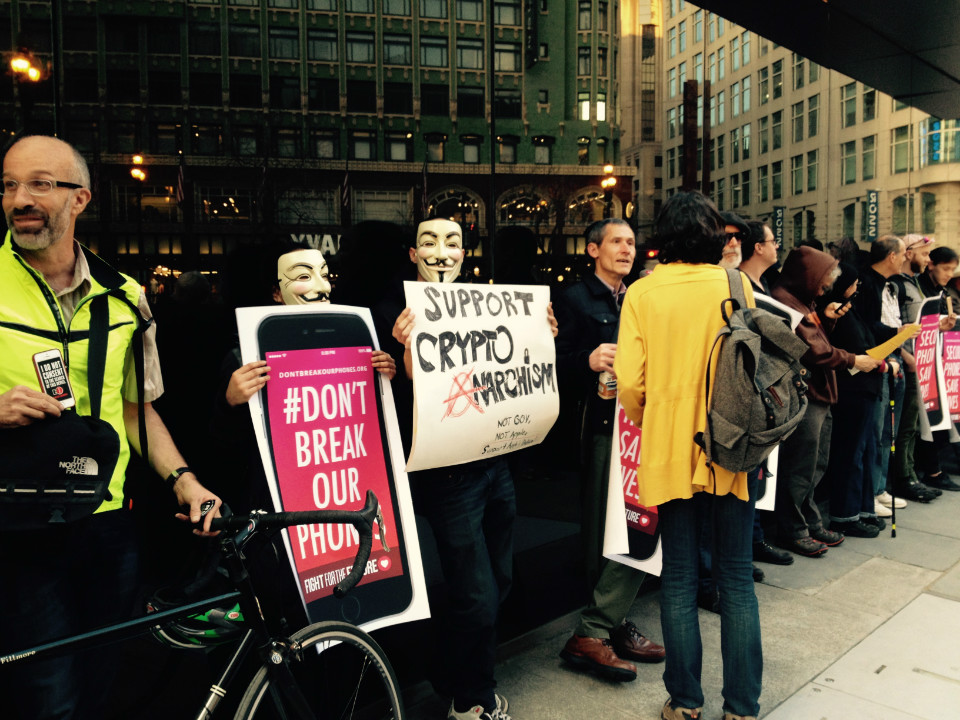 The event was peaceful, and protestors, as promised to police, didn’t block the entrance to the store or raise their microphone volume above an unreasonable level. They even played a Mavis Staples gospel song with the words changed to reflect their demands, singing, “Don’t break our phones, we shall not be moved.”

San FranciscoUnion Square
About 6 hours ago