The dedication of Judge John Sutter Regional Shoreline occurred virtually, but visitors are welcome to enjoy the space in real life, on foot or two wheels, as of yesterday, October 21.

The space is named after Sutter, who proposed the historic site as a park in 1967 when he served as East Bay Regional Park (EBRP) District Director.

More than 50 years later, his vision comes to life in the park, which has its own deep East Bay transportation history. The site was the terminus of the historic Key System electric railway, which brought passengers to and from a ferry terminal to go across the Bay to San Francisco. The Key System got its name from the shape of its routes, connecting San Francisco, Oakland, and San Jose. 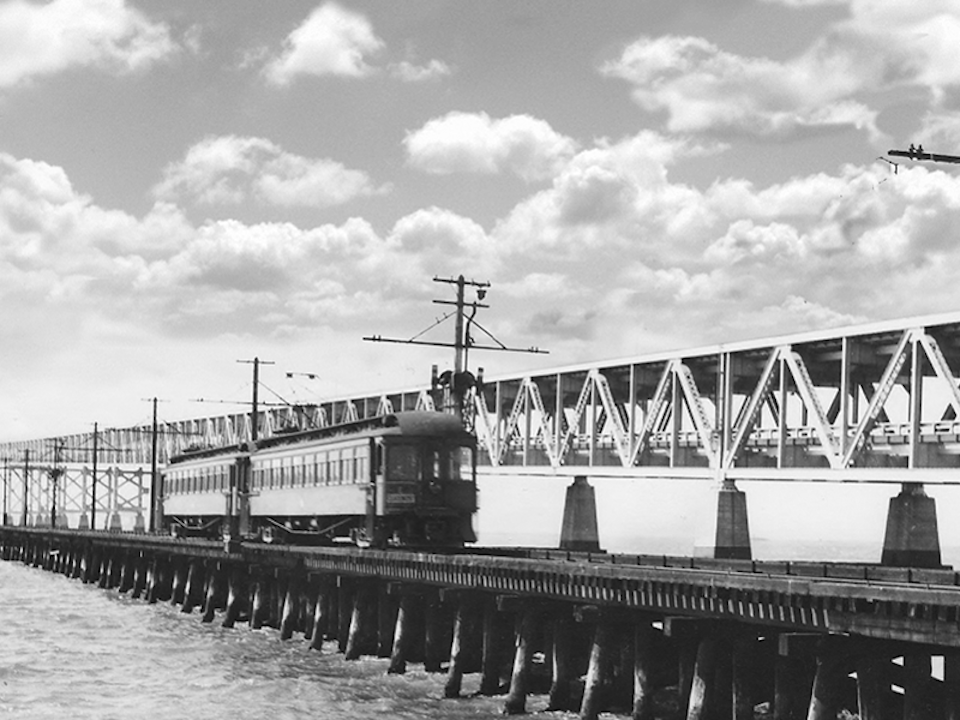 The train system was extremely popular in the middle of the century, carrying 36.4 million passengers in 1945. From the time of the completion of the Bay Bridge in 1937 to the 1958, Key System trains traveled between San Francisco and Oakland on the bridge's lower deck — with car traffic only on the upper deck traveling in both east and west directions. Those trains were discontinued in 1958, a decade after the local streetcar system was scuttled, as the automobile came to dominate the landscape — and leaving the East Bay without commuter trains to San Francisco until the BART system was completed two decades later.

The site of the new park was also the site of the Oakland Army Base from 1941-1999, serving as the embarkation point for soldiers heading to, and returning from, World War II, the Korean War, the Vietnam War, and both Gulf Wars. 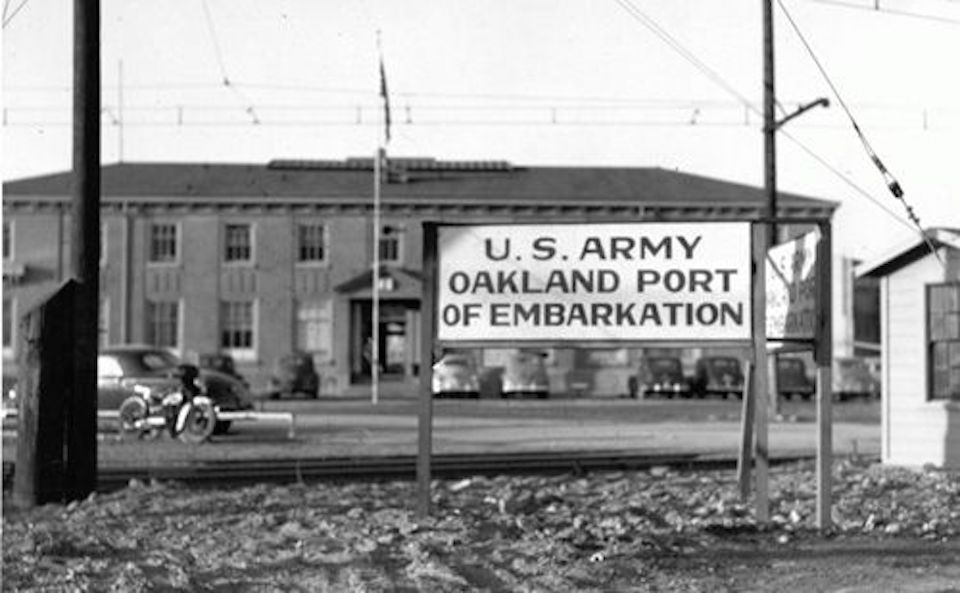 At a ribbon-cutting ceremony for the park on Wednesday, as KRON4 reports, East Bay Regional Parks board member Dee Rosario said of Sutter, the park's namesake, "We owe him a huge debt of gratitude." And Oakland Mayor Libby Schaaf said, "I don’t know if Oakland will ever be blessed with a more dedicated public servant."

A substation at the site, now known as the historic Bridge Yard Building, served as a maintenance facility for the Key System’s electric trains. The California Department of Transportation (CalTrans) restored the building, first constructed in 1930, and leased it to EBRP in 2017 to be incorporated into the new shoreline park.

The newly renovated, 24,000 square foot Bridge Yard Building will be available for future public events once it is safe to congregate inside. It's separately operated by Oakland Venue Management, not the parks department.

CalTrans also built out a 600-foot observation pier for the park, using the last existing piers from the old eastern span of the bridge.

The Alexander Zuckermann Bay Bridge Trail, which opened in 2016 to pedestrian and bike traffic, has a new access point through Sutter Shoreline park. The trail, which extends down to Emeryville, also goes over the new Bay Bridge eastern span to Yerba Buena Island. 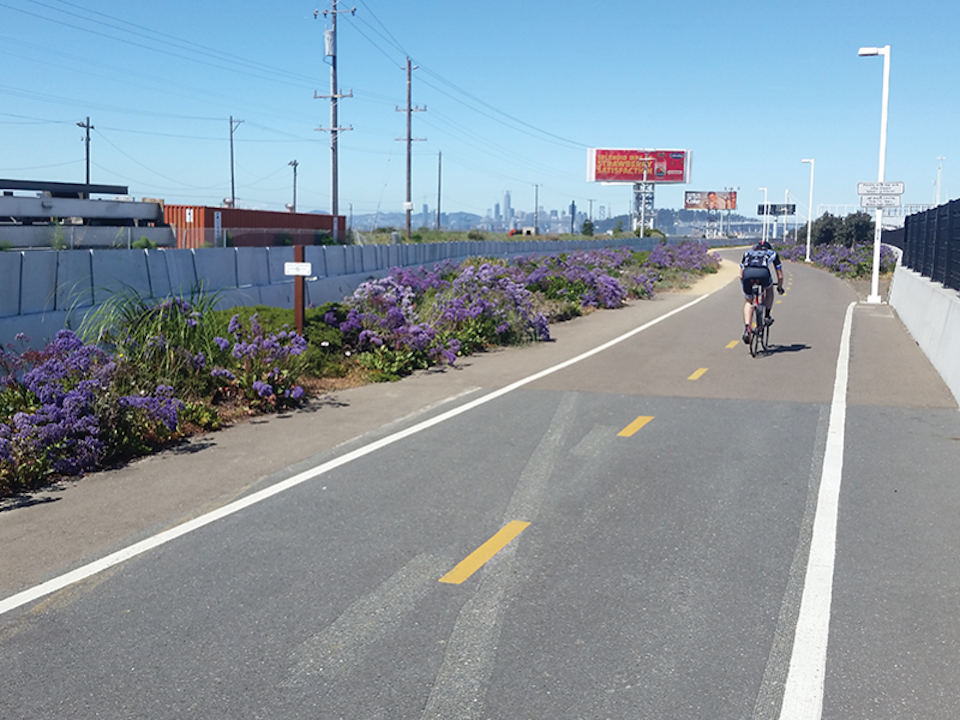 The new park is the work of decades of work by a consortium of government agencies, including EBRP, CalTrans, the Association of Bay Area Governments, the Bay Area Toll Authority, the San Francisco Bay Conservation and Development Commission, the California Transportation Commission, the City of Oakland, East Bay Municipal Utilities District, and the Port of Oakland.