Since 1926, the 14-story Bank of Italy building in San Jose has been one of the city's most notable landmarks, standing at the corner of North First Street and East Santa Clara Street. Now a newly-proposed renovation project will breathe new life into the building that has sat dormant for years, adding dining and entertainment space to an annex at the rear and a striking exterior staircase.

High-end real estate developer Westbank, based in Canada, is partnering with Urban Community, which is led by Silicon Valley developer Gary Dillabough, to make the project happen.

According to the Silicon Valley Business Journal, the Bank of Italy renovation project is one of four sites that the two companies are teaming up on to help revitalize downtown San Jose. 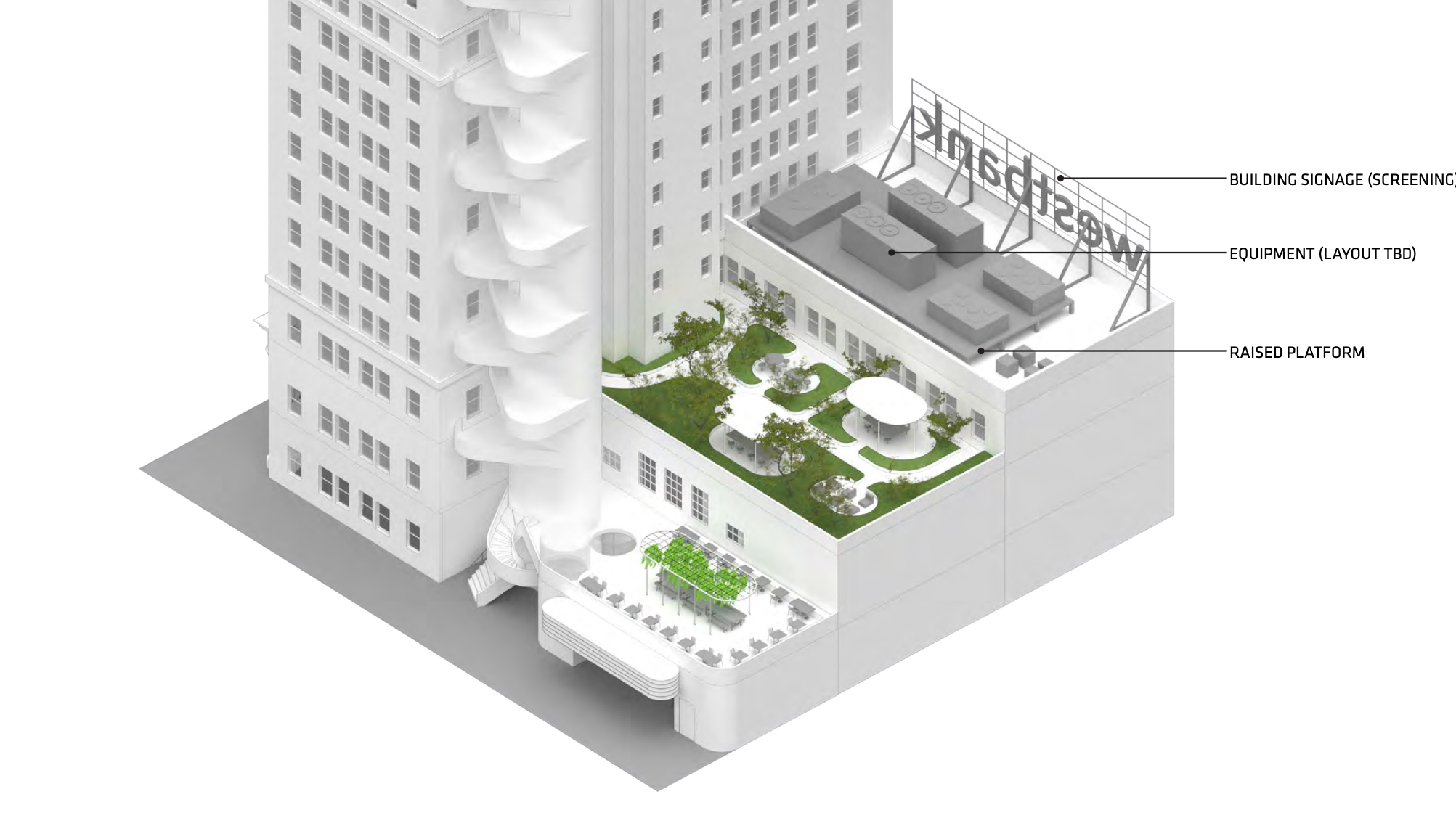 The Bank of Italy building hasn’t seen any major upgrades in more than 40 years and this new plan is expected to be the structure’s biggest ever transformation.

When looking at the proposed renderings posted by the City of San Jose, one of the biggest changes to the outside of the building will be the large staircase, draped in greenery, that leads from the ground floor all the way to the tower roof.

The new building will also be decked out with new windows, outdoor lighting, and signage. 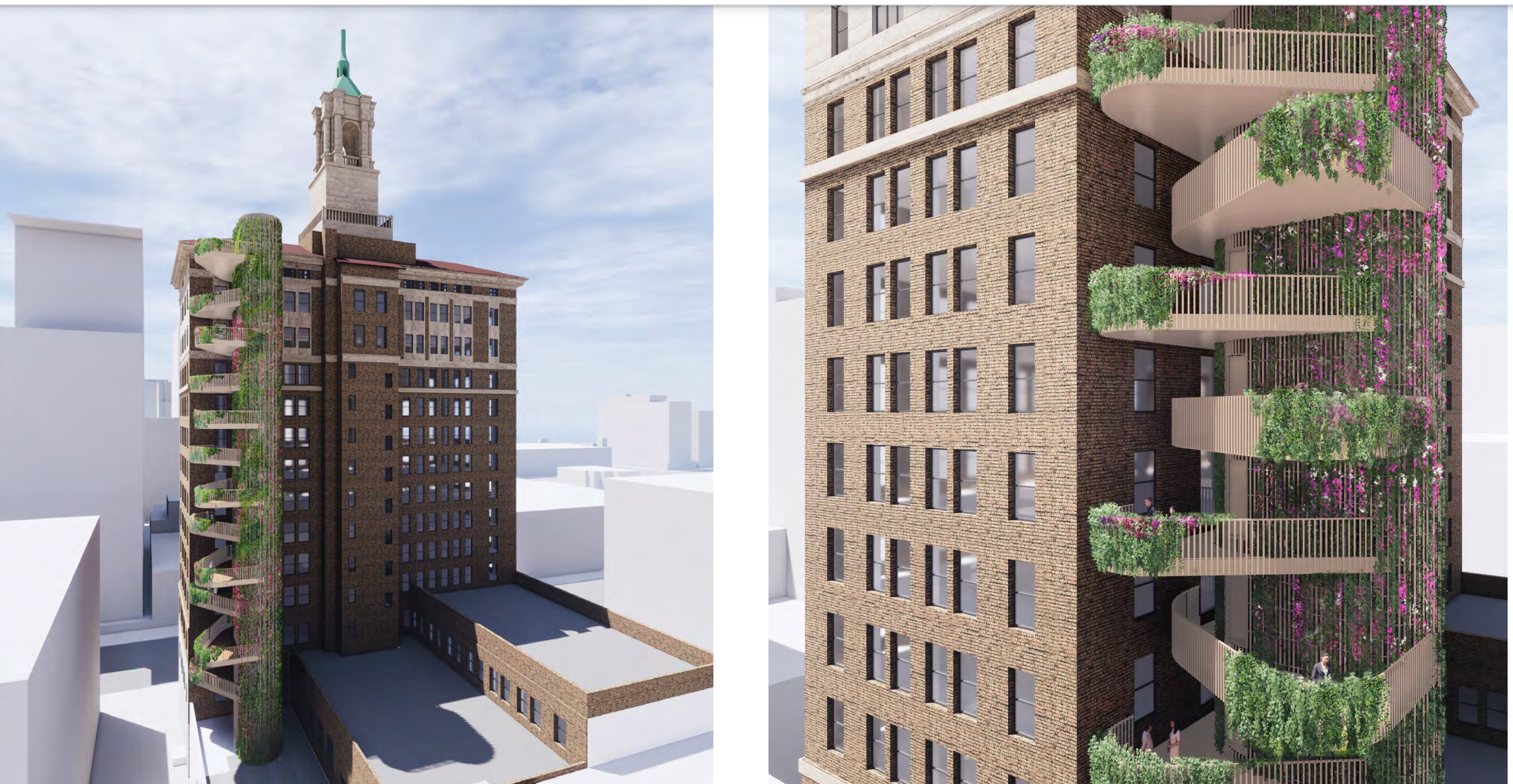 There will also be what is being called the “Fountain Alley Podium” which is one of two outdoor social settings that sit above the ground-level businesses. There will also be a new nightlife/event venue and rooftop terrace. 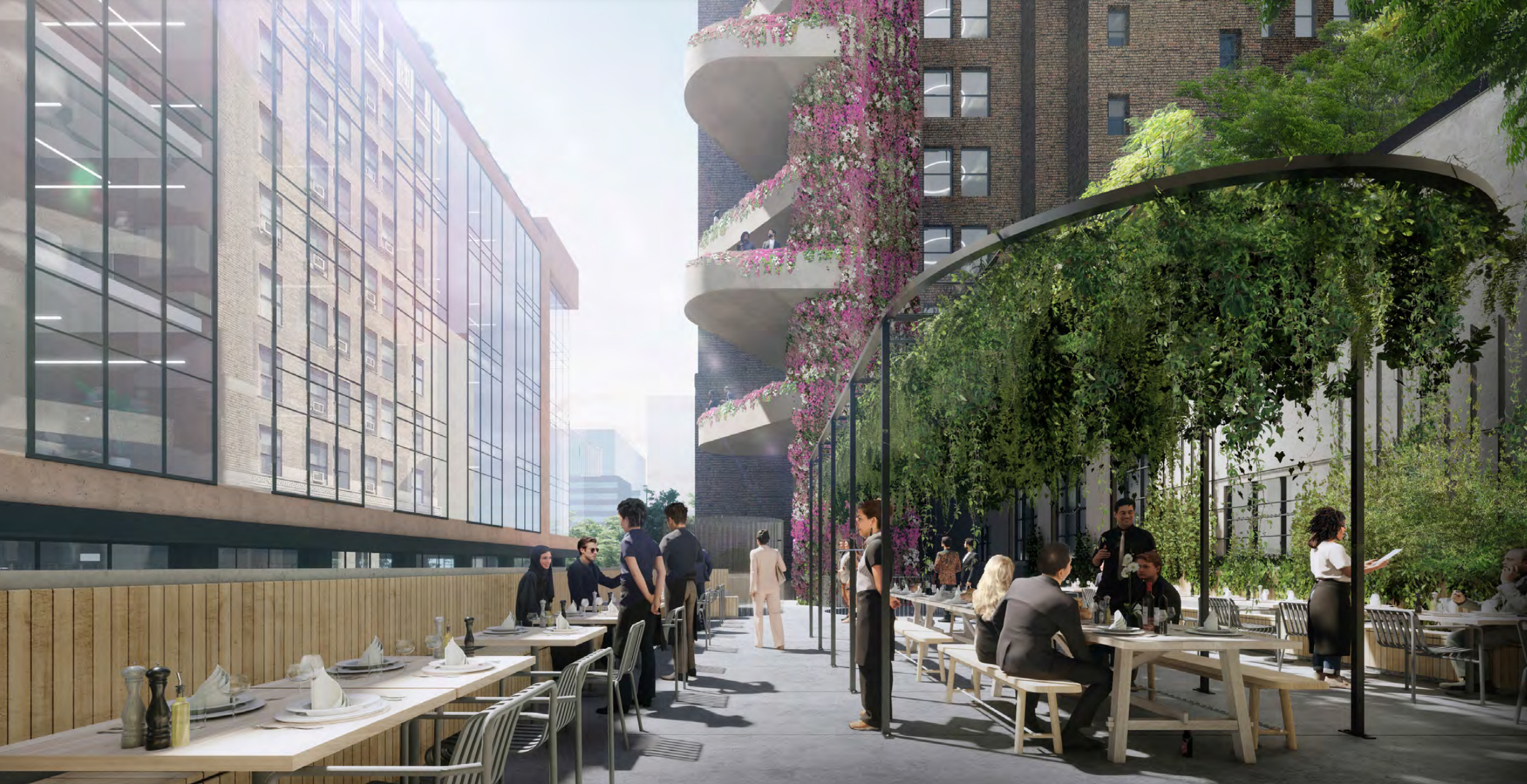 According to the Mercury News, local real estate experts are excited about the prospects. They believe the Bank of Italy building, which is on the National Registry of Historic Places and arguably San Jose’s most iconic office building, will end up being one of the most visually stunning elements in Downtown San Jose.

According to the Silicon Valley Business Journal, a historic preservation permit amendment application was filed on October 23rd and is now under review by the City of San Jose.

Handmade Chinese dumplings, gourmet ramen, high-end outdoor and activewear, and hot yoga are all due to open by the end of the year at San Jose's Santana Row, which already saw one major new opening this week – Nike Live. Read More

Rats, cockroaches and maskless workers, oh my! Mountain View restaurant Biryaniz is struggling to clean up its act after a series of pest infestations and health citations that caused county inspectors to temporarily shut it down three times in three years. Read More