Members of a historic church near San Jose State University are trying to stop it from being torn down and replaced with a new housing development. Grace Baptist Church on San Fernando Street at South 10th Street sits across the street from campus and was built in the 1930s. The church was a key player in the 1960s civil rights movement when its anti-war leader, Reverend Shorty Collins, fought for peace and social justice. Other activists like Cesar Chavez also used the building to spread awareness of their causes. 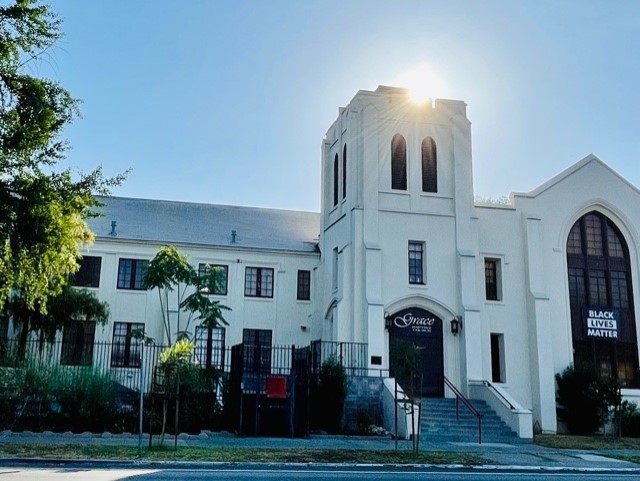 Grace Baptist Church recently signed an agreement to sell the large, block-long campus to a developer who will turn it into a multi-story housing development. The pastor says the sale was necessary because of the church’s struggling financial situation and two-thirds of its members approved the sale. "At the beginning of this year, our treasury was somewhere dipping below $60,000 total for the year. So, we were in a dire strait. What we did was use the resources that God had given us almost a century ago in the best use of it now," Pastor George Oliver told KPIX.

Despite the agreement, other members of the congregation are trying to save the church from development by fighting for a historical landmark designation because of the church’s rich history and its Gothic Revival architecture. “When you have a pastor that's only been here one year, he doesn't care about the history of this building or the building. He cares more about the money and what he can do with it," church member Jeanne Wardrip told KPIX.

City officials were expected to make a decision on the designation this month, but the Historic Landmark Commission decided to delay its decision so it could complete a better assessment of the church. “I understand that there are two opposing opinions within the congregation, but the group that is interested in preservation actually brought interesting facts to bear which contradict the detailed project report,” Commissioner Anthony Raynsford told San Jose Spotlight.

If the deal with the developer prevails, the church would still have a presence in its original location. The development plans would create a 10,000-square-foot church space that would feature tall ceilings, and which would allow the church to preserve its treasured pipe organ. “The historic mission will still be there, and the historic people that make the church will remain at 10th and San Fernando,” Pastor Oliver told KPIX.

It remains unclear when the Historic Landmark Commission could issue its ultimate decision, but many people who want to save the church are optimistic. “I think the social history of the church is important. But even if you didn’t know anything about that, this is a handsome building. Some of these older buildings are visual icons in the neighborhood and do contribute a lot to just the quality of life in the city,” Ben Leech with the Preservation Action Council of San Jose told the Spotlight.