A wholesale bakery based in Berkeley that has been a hit at farmers’ markets for more than a decade is about to open its first brick-and-mortar shop in Oakland’s Rockridge neighborhood. Starter Bakery has leased a space at 5804 College Avenue, which used to be Jules Thin Crust pizza shop. The location is a short distance from well-established eateries like Wood Tavern and Zachary’s Chicago Pizza. Starter Bakery’s owner Brian Wood tells Berkeleyside he knew right away that the space, which is next door to Smitten Ice Cream, would be perfect. “I knew within five minutes of being in the space that I wanted to lease it,” Wood says. 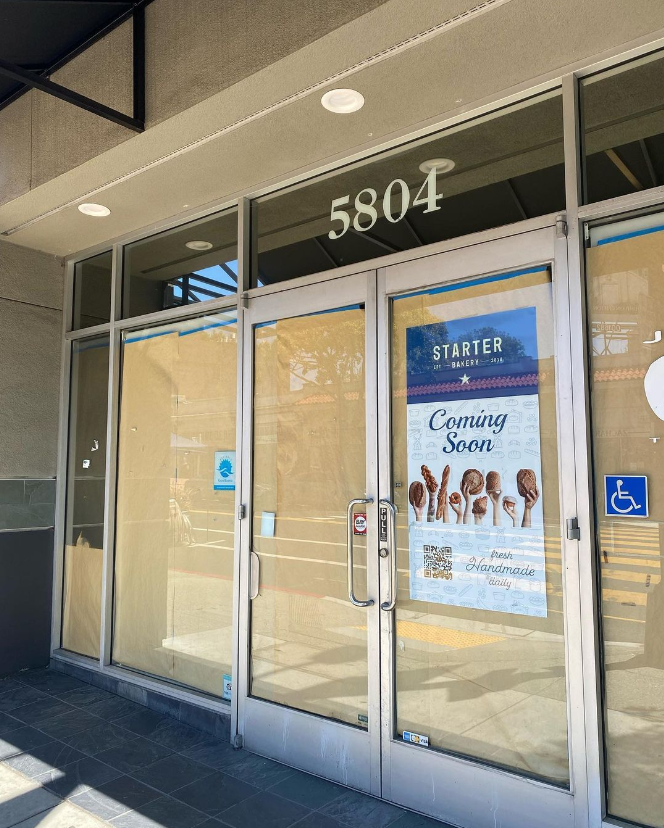 Architecture firm Caha Design is working to revamp the 2,000-square-foot space with simple yet modern touches. Caha is the designer behind other popular businesses like Square Pie Guys and Red Bay Coffee.

“We hope to transform the former Jules pizza into an inviting atmosphere with handmade tiles, custom wood furniture, warm lighting, and good flow for those moving through quickly as well as those who want to linger. The design also makes space for the neighborhood cafe aspect where you can sit down and share a cup of coffee and a pastry with a friend,” Hallie Chen with Caha Design tells Berkeleyside.

Starter Bakery, which started operating in 2010, is known for its handmade breads, its huge assortment of viennoiseries, and a wide selection of pies and cookies. Starter Bakery’s production kitchen on Gilman Street in Berkeley, which Wood opened in 2017, will only be used to complete wholesale orders, and Wood says that verything that is sold at the new Rockridge space will be baked in-house in the kitchen area of that space. 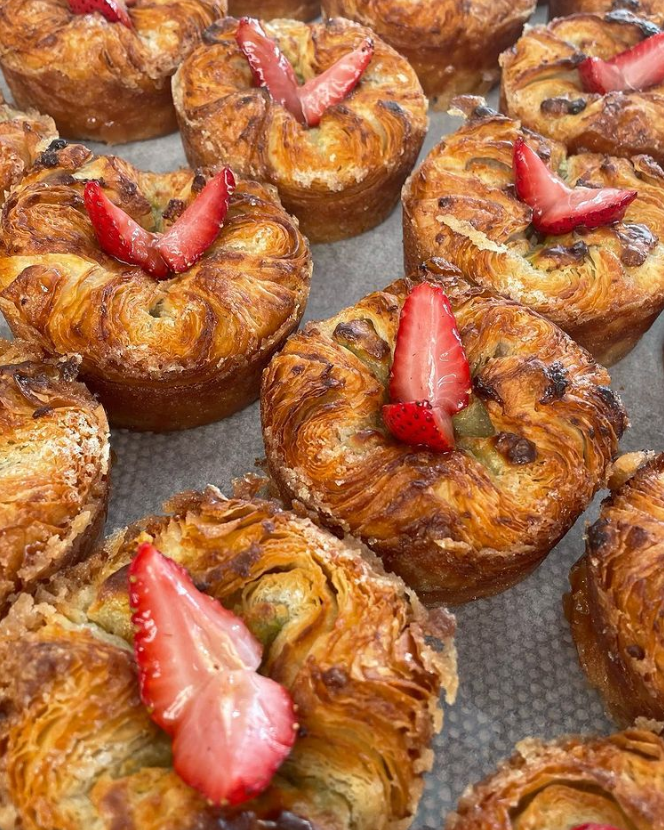 Even though Wood is still crafting the menu, Starter Bakery’s Instagram is giving us some clues as to the offerings we can expect. “Expect pastries, breads, sandwiches, a coffee program, and more, a recent post states. No exact opening date has been announced but according to that same post, the Rockridge retail location could start serving customers later this summer or in early fall. Wood is asking people who want updates on the location to sign up for Starter Bakery’s newsletter on the company’s website homepage.