An outdoor public market in East San Jose that is only about a month old has already become a big hit. The Tully Night Market happens on Wednesday night near the Tully Road Ballfields and the public library branch. It features food trucks, art, music, and vendor booths. It was started by District 7 Councilmember Maya Esparza, who got funding for the market in last year’s budget. She had the goal of bringing community members together each week for a night of fun in an area of San Jose that often gets overlooked. “The Tully Library and ballfields have been underutilized as a whole, and that area also serves as this nexus of really underserved communities,” Esparza told San José Spotlight. 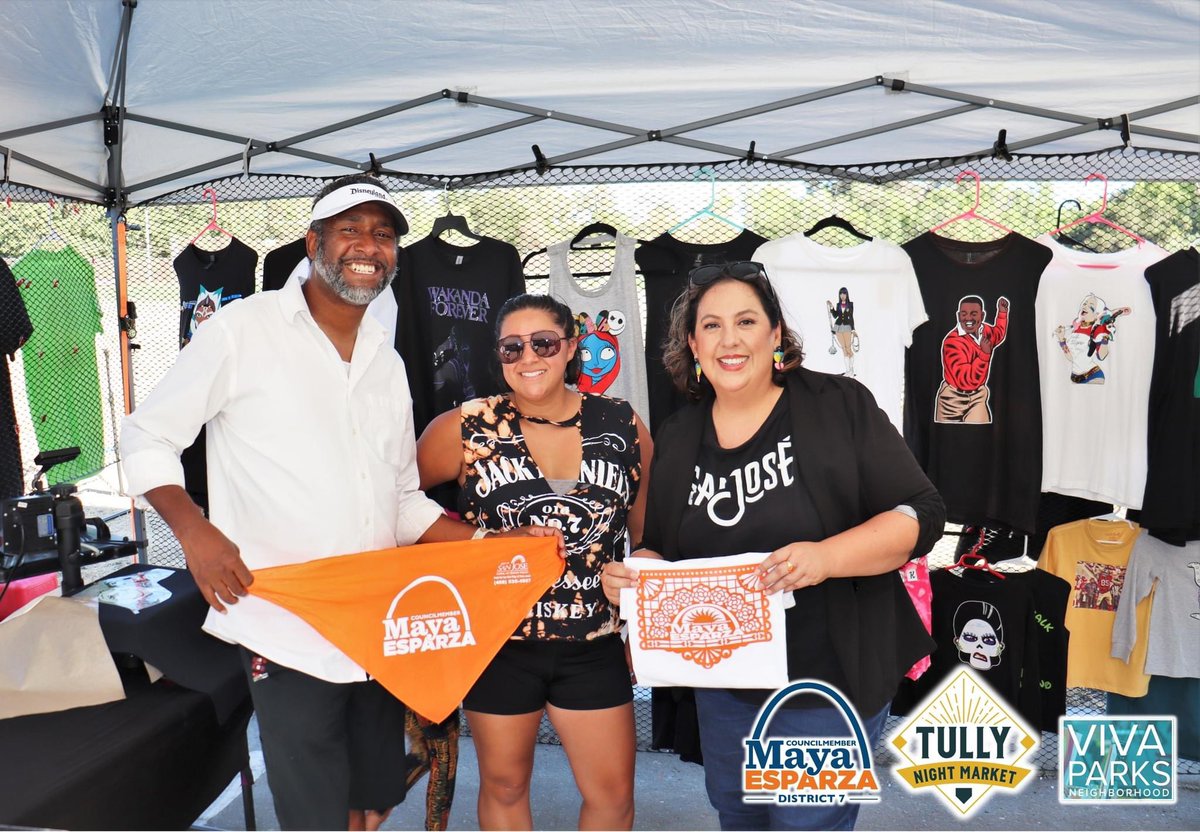 The Tully Night Market also has a beer and wine garden, a play area for kids, and a new dog park nearby. The 20 or so vendors sell things like t-shirts, jewelry, hand-made items, and even pet products to the roughly 650 guests who have been attending the last few weeks. One vendor is KayKos Dog Shades which sells sunglasses for dogs. "KayKos Dogs was actually born here in East San Jose. So when we found out that there was a night market, we wanted to actually let people know that this product that they can start seeing in stores was actually made here," KayKos Dog Shades owner David Escalante told KTVU.

One reason the market has been a hit is that it is free to the public, and people get free things when they attend. Free ice cream is given to the first 50 guests. The nearby library hands out free books, and there are free games thanks to the city’s Viva Parks program. “We plan to grow to 35 vendors in the next month,” Maresca told San José Spotlight. “(Our) attendance has more than tripled, as we started with less than 200 people for the first two weeks, and last Wednesday we had over 700,” organizer Fil Maresca told San José Spotlight.

One vendor says that she likes the market's low-key vibe compared to more prominent events that welcome vendors in San Jose. "All of my customers are really nice. It’s kind of just more chill. It’s not so wild. Some of the events I’ve done, there’s like thousands of people. This one is nice and calm, and they always have good live music," Jodi Mascarenas, owner of Jodi 408 custom jewelry, told KTVU. The Tully Night Market runs from 5:30 to 8:30 p.m. every Wednesday through October 26th. Esparza is now trying to extend the market and make it a permanent event each summer through fall. You can get updates on that effort by following Esparza’s Twitter page.