Hayes Valley is about to get a new source for high-end men's clothing. The chic menswear designer Todd Snyder New York will be taking over the vacant space at Laguna and Hayes streets. The SF Business Times is reporting that the upscale fashion brand is leasing the retail location at 590 Hayes Street, which was formerly occupied by b8ta. The San Francisco-based electronics retailer closed all of its U.S. retail locations in February due to repeated break-ins and robberies, as reported by Hoodline.

The Hayes Valley Todd Snyder New York store will be the brand’s second store on the West Coast and is expected to serve as a flagship location for the West. This summer, the chain is also getting ready to open more of an outlet-style retail location at The Grove in Los Angeles. Todd Snyder has six shops across New York and Connecticut. The New York ﬂagship store is actually the second location the brand opened. The shop in Tribeca is known as Todd Snyder at the Liquor Store after the brand took over the shop from J.Crew three years ago. 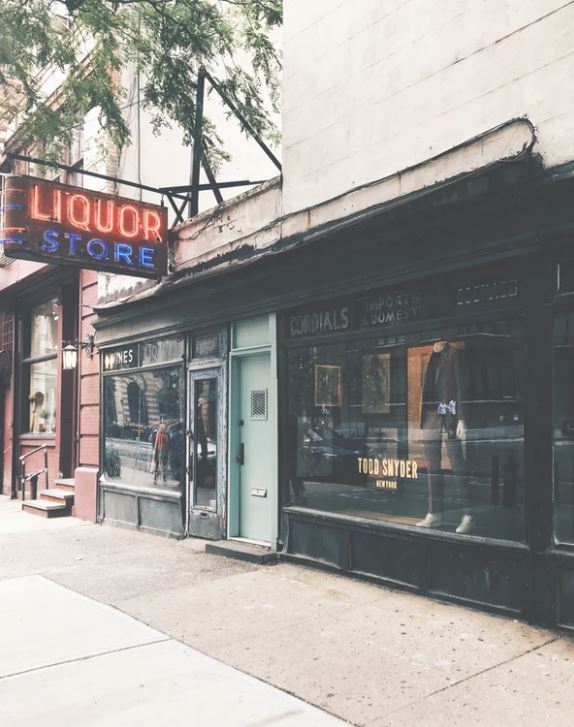 Todd Snyder’s road to the fashion mecca of New York didn’t start in a fashion-friendly area. He grew up in Huxley, Iowa, which has a population of around 3,500 people. He graduated from Iowa State University in 1992 and then was off to the Big Apple, where he worked for fashion staples like Polo Ralph Lauren, Gap, and J.Crew. He left J.Crew in 2011 to go on to start the Todd Snyder New York label.

The Todd Snyder New York website describes where the founder gets his inspiration for his products. “He has infused his love for New York City into the DNA of the Todd Snyder brand, redeﬁning how modern American men can present themselves to the world in stylish, unexpected ways. From bespoke tailoring to innovative capsule collections, Todd’s creations show that good style can be attainable and even playful.”

There’s no word yet when the Hayes Valley location will open, but we expect the space to have some snazzy new design elements. According to the SF Business Times, “Retail architect Th3 Standard, based in London, is designing the estimated $200,000 worth of tenant improvements.”