The Lower Haight in Film

By Andrew Wallace Chamings - Published on February 19, 2013.
San FranciscoLower Haight
While the Palace of Fine Arts, the Ferry Building and that big orange bridge are regularly captured on the silver screen, our neighborhood has had fewer Hollywood cameos over the years. As Oscar season is upon us, we dug deep and found six movies featuring the Lower Haight (and its periphery). We also gave them each a rating for how authentically they portray the neighborhood.


Invasion Of The Body Snatchers (1978 Remake) 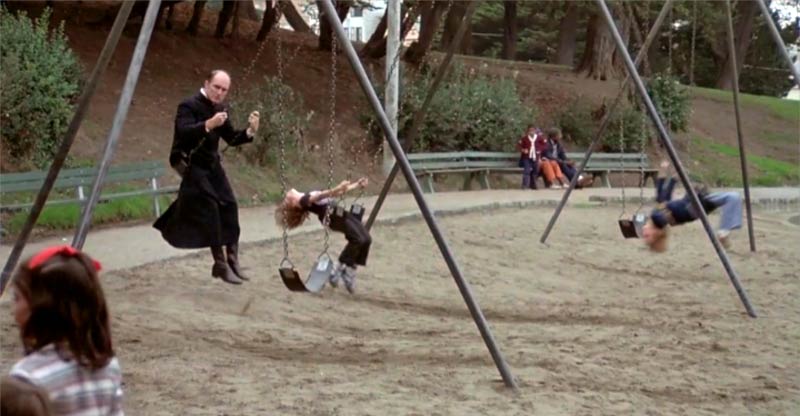 Invasion of the Body Snatchers / Solofilm
The opening scene of this eerie horror masterpiece is shot in Alamo Square. Donald Sutherland’s wife (Brooke Adams) innocently plucks a small flower from the park and carries it past a silent priest (in a bizarre cameo from Robert Duvall) swinging among children in the playground. She then carries the flower across the street into her home at 722 Steiner, the most northerly Painted Lady, unaware that she is bringing a parasitic alien race into her family home. Oops. 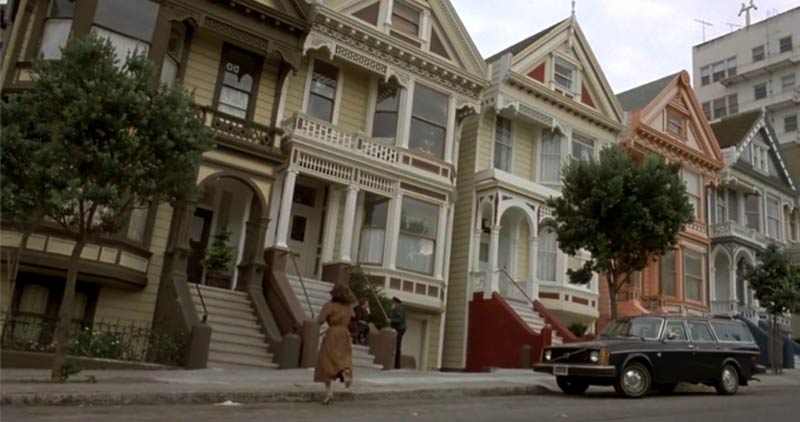 Invasion of the Body Snatchers / Solofilm
Authenticity? 3/5 - After the nauseating frolicking and picnicking portrayed in the Full House credit sequence, it’s nice to see Alamo Square on film in a more unsettling light, although we can’t say we’ve seen many brooding priests or extraterrestrial plants in the playground recently.
Milk (2008) 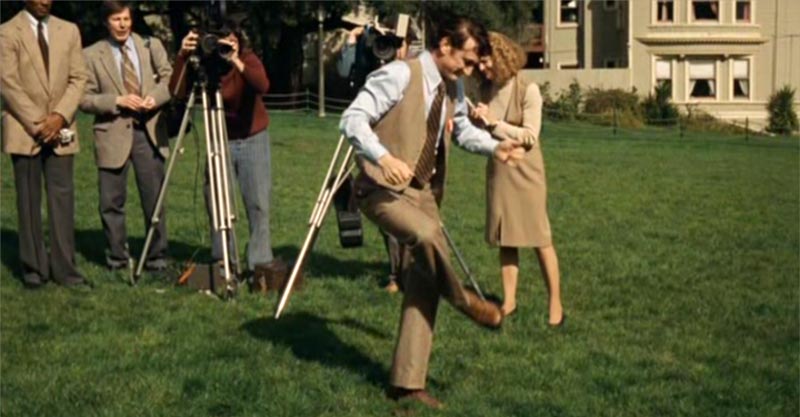 Milk / Focus Features
While most of Gus Van Sant's Oscar-winning biopic is set in and around the streets of our neighbors in the Castro, a key scene shows Sean Penn's Harvey Milk publicly stepping in dog poop in Duboce Park to promote his populist clean parks ordinance. The same park now of course features the Harvey Milk Recreational Arts building near Scott Street. Authenticity? 5/5 – This actually happened, plus dog poop and gay rights are still among the most common topics of conversation in the park.
The Pursuit of Happyness (2006) 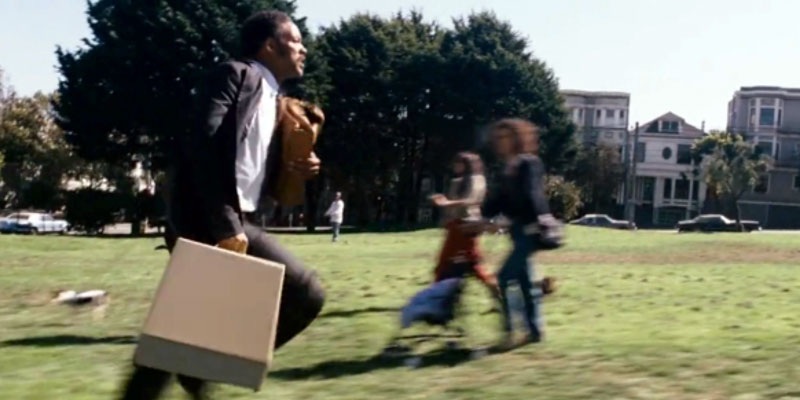 The Pursuit of Happyness / Columbia Pictures
Will Smith, playing real-life homeless stockbroker Chris Gardner, spends much of this film running around downtown San Francisco shouting “I gotta go to work!”, even after getting run over. At one point he skips out on a taxi fare on Steiner Street, runs across Duboce Park (avoiding any dog poops) and descends into Duboce Park BART station…wait, where? The filmmakers seemingly decided that the architecture of Burger King and Walgreens at 16th and Mission wasn’t cinematic enough, so built a fake BART stop (near the real MUNI station) in front of the picturesque Victorians surrounding the park. Authenticity? 1/5 – There are no plans to build a BART station in the park, although if there were, it may look something like this... 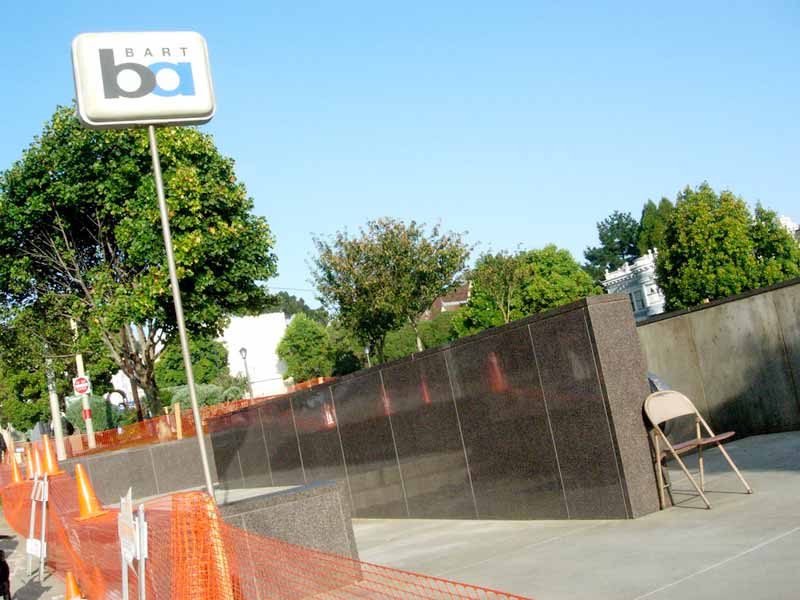 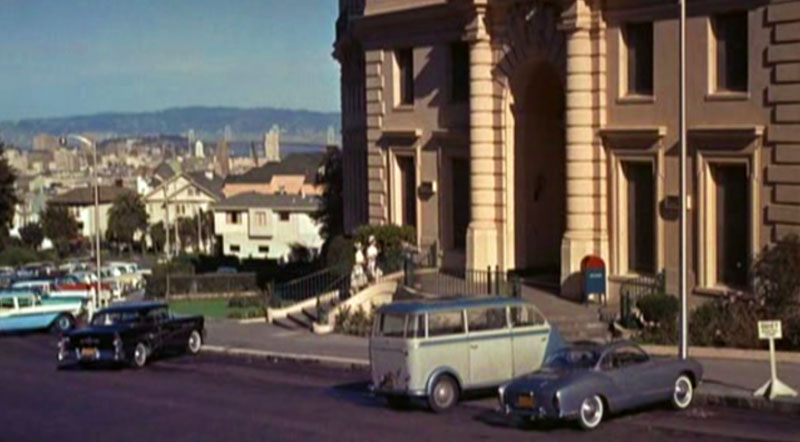 Vertigo / Paramount Pictures
We revisited The Greatest Film of All Time in the hopes that Alfred Hitchcock and James Stewart may have graced our humble streets. Lo and behold after his psychedelic nervous breakdown, suffering from “Acute Melancholia and a Guilt Complex”, Scottie rests up in what was then St Joseph’s hospital, now The Park Condominiums, the huge white building at 355 Buena Vista East. Authenticity? 1/5 – The rent being asked for one of the apartments in this building these days is more likely to cause a breakdown than cure it.
D.O.A (1950) 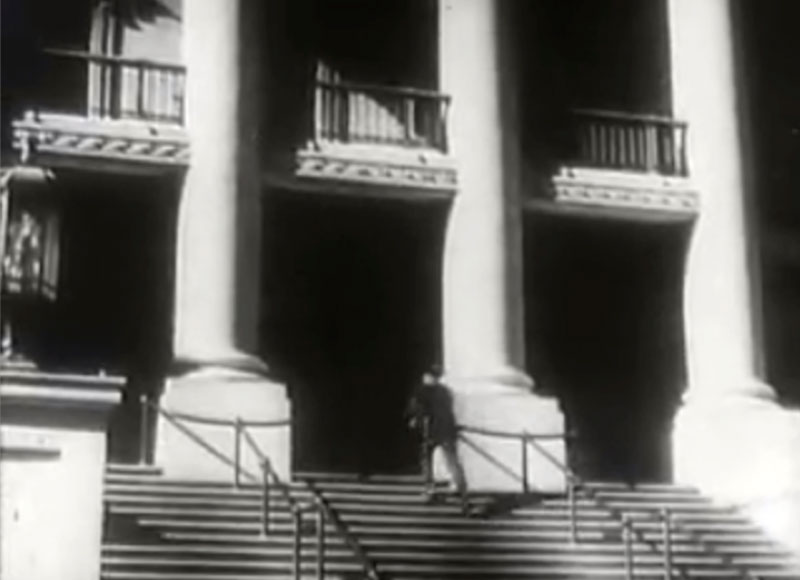 D.O.A. / Cardinal Pictures
This hectic Film Noir classic features what was then the Southern Pacific Hospital, which you may recognize as the huge and ornate building at 1400 Fell St, next to the Panhandle. Authenticity 2/5 – Like 355 Buena Vista East, this is another example of an old beautiful hospital being converted into residences.
The Five-Year Engagement (2012) 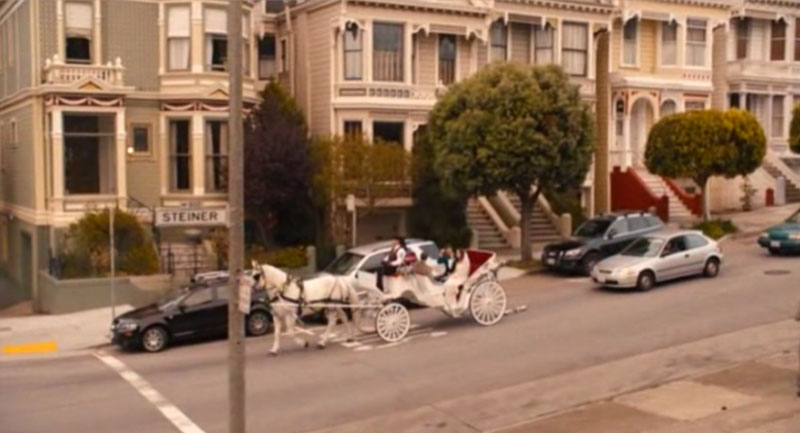 The Five Year Engagement / Universal Pictures
In the finale of this enjoyable Apatow produced rom-com a wedding is thrown together in Alamo Square as Tom (Jason Segal) and Violet (Emily Blunt) finally tie the knot. The makeshift ceremony incorporates a marching band, a white horse-drawn carriage and the famous view. Authenticity? 3/5 - Although it seems beyond contrived that anyone could pull together a wedding like this without the relevant permits at short notice, it actually seems to happen regularly. (We've seen it.) We couldn't dig up any movies featuring our stretch of Haight Street itself, although "Big Sur" is due for release later this year. If you know of any movies we've missed, let us know in the comments.
San FranciscoLower Haight
About 17 hours ago

The SFPL reopening will only involve the first floor and a “browse and bounce” program, but the access to computers will also be part of the limited library operations. Read More

A spate of high-profile closures at San Francisco's once-thriving Ferry Building is being followed by some more positive news, as four new businesses announce openings at the iconic shopping and dining complex. Read More

Jay Barmann
About 24 hours ago