New in the Neighborhood: La Urbana

By Andrew Dudley - Published on August 30, 2013.
San FranciscoDivisadero
Just a few months ago, this was a plant store. Now, say hola to La Urbana, opening Wednesday at the corner of Divisadero and Grove.

We first learned that the Mexican restaurant and bar would be taking over the former Plant'It Earth location six months ago, and since then crews have seemingly been working 'round-the-clock to get the space in shape. Now, their efforts are ready to be unveiled. 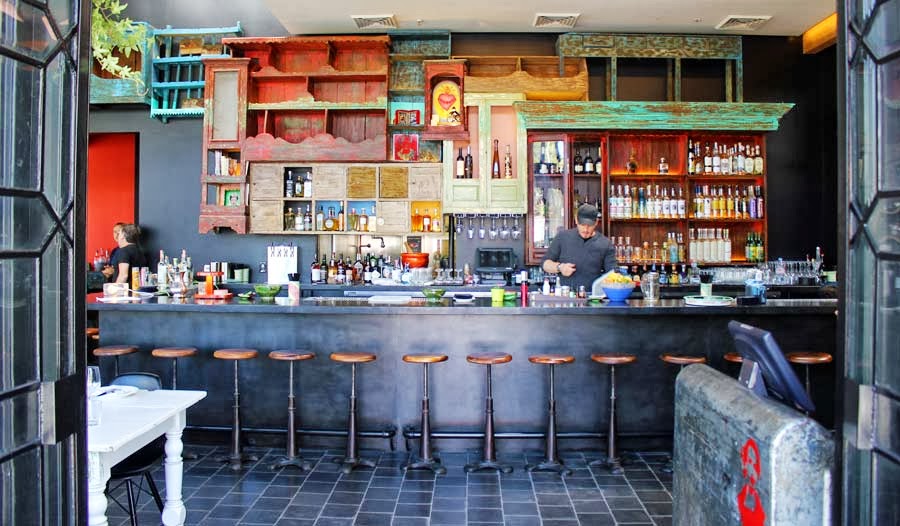 When you enter the space, you come face to face with the bar. It features 15 wood-topped iron stools in front, and colorful furniture-turned-shelving stocked with booze in the back. 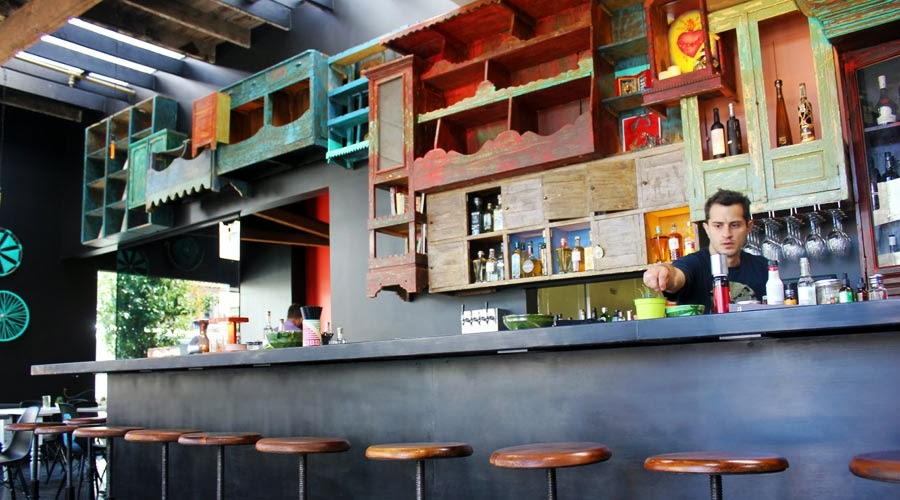 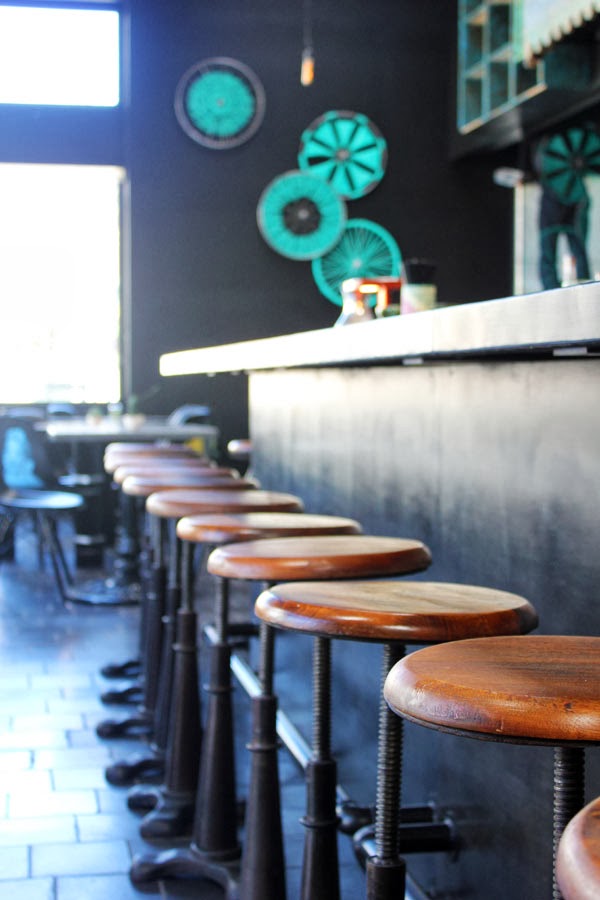 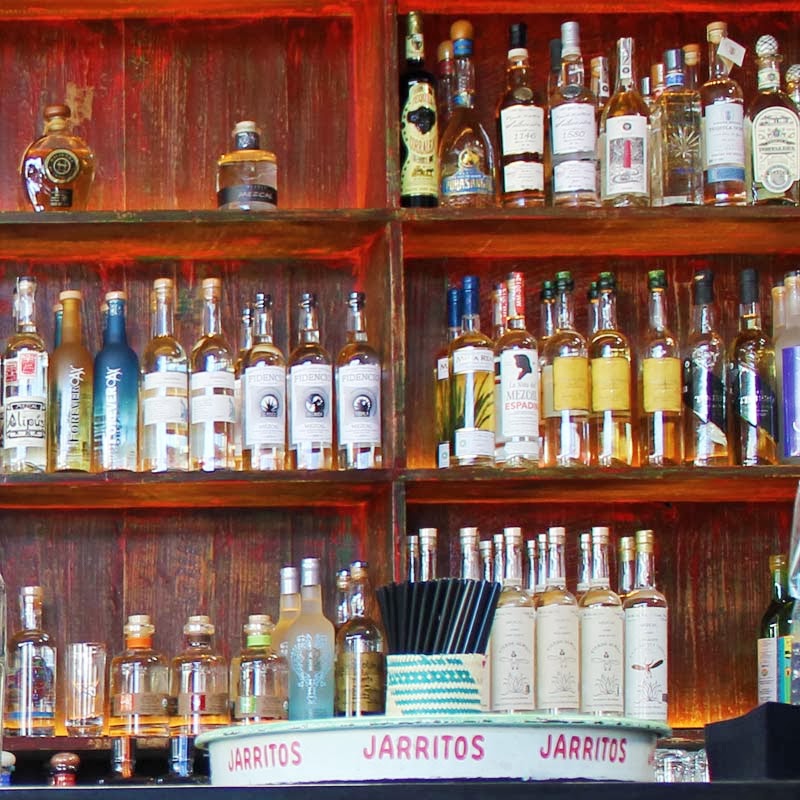 While we're talking about the bar, let's talk about the drinks. La Urbana will have 12 items on its inaugural cocktail menu. There are three mezcal-based creations, including a take on the martini made with mezcal and sake, and a "mezcal julep" with mint and a seasonal cordial. There are also three varieties of margaritas, as well as classics like gin fizzes and Manhattans. Prices range from $9 to $12, though at least one drink is available by the pitcher for $34. And there are some tasty-sounding non-alcoholic drinks as well -- fresh fruit smoothies, lemonade made with tortilla water, and something called "cacao in a bottle" featuring all sorts of spices and floral ingredients. OK, back to the space... To the right of the entrance is the host station, with a small waiting area featuring bench seating. Exposed wooden wall frames and plant installations create a peaceful setting in which you will quietly rage as that one couple over there lingers instead of paying their bill. 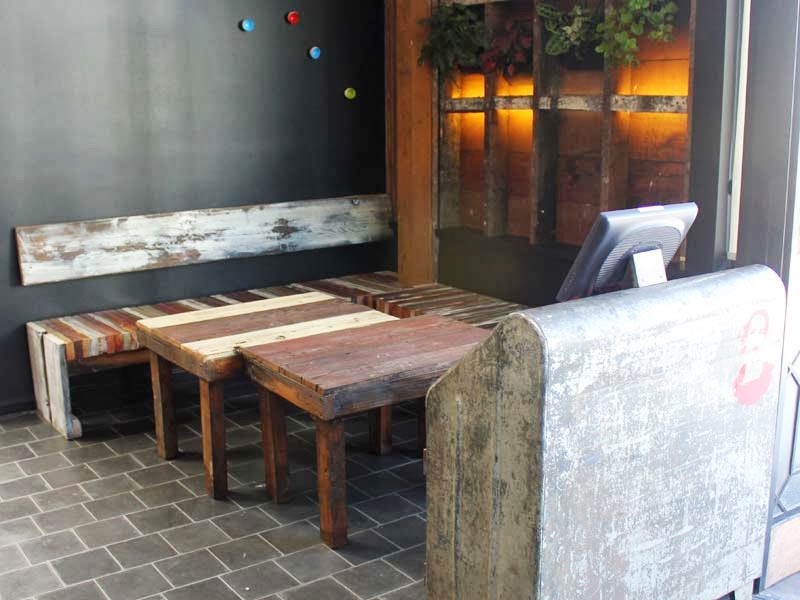 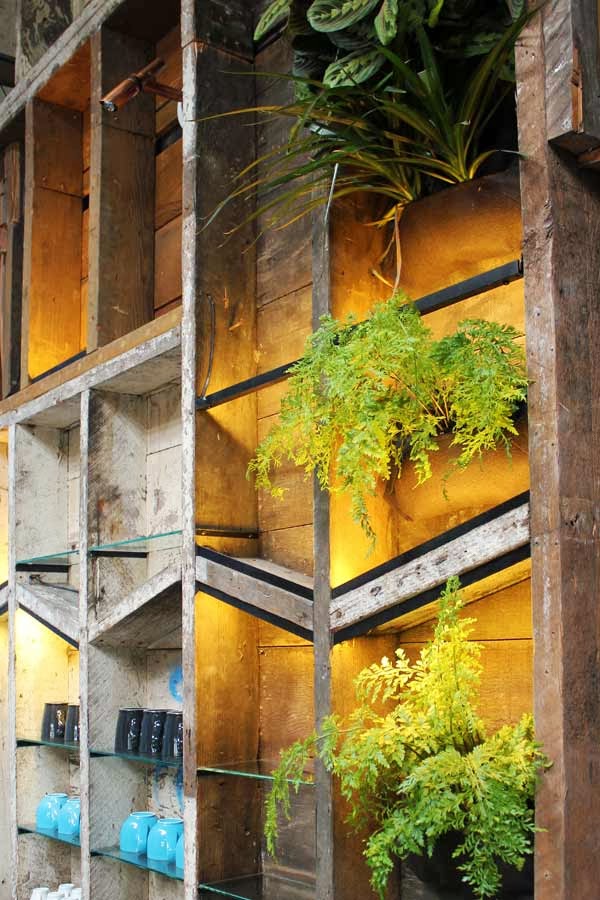 Beyond the waiting area is the "patio." It features plenty of natural light (though you won't notice at night, obviously), an indoor tree, and a colorful floor with tiles imported from Mexico. 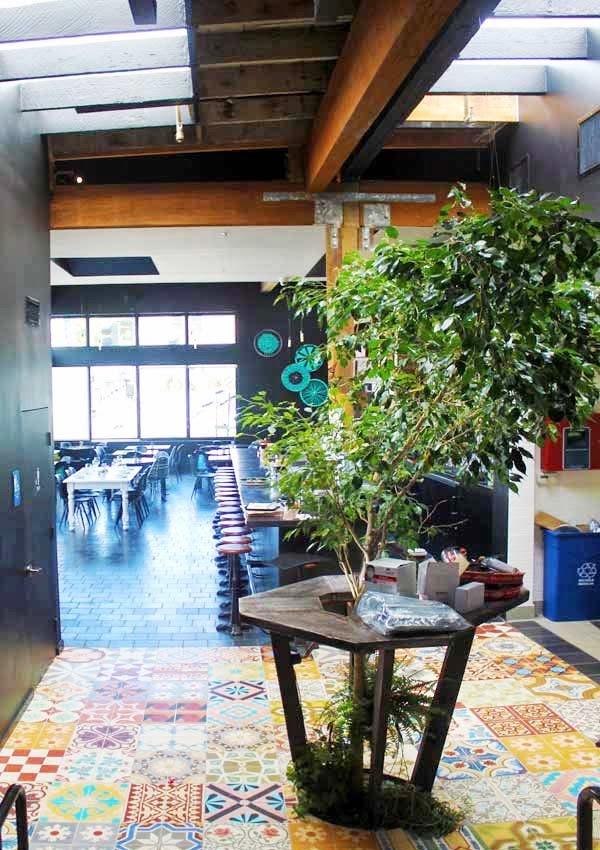 The elaborate tile work extends into the adjacent bathrooms as well. 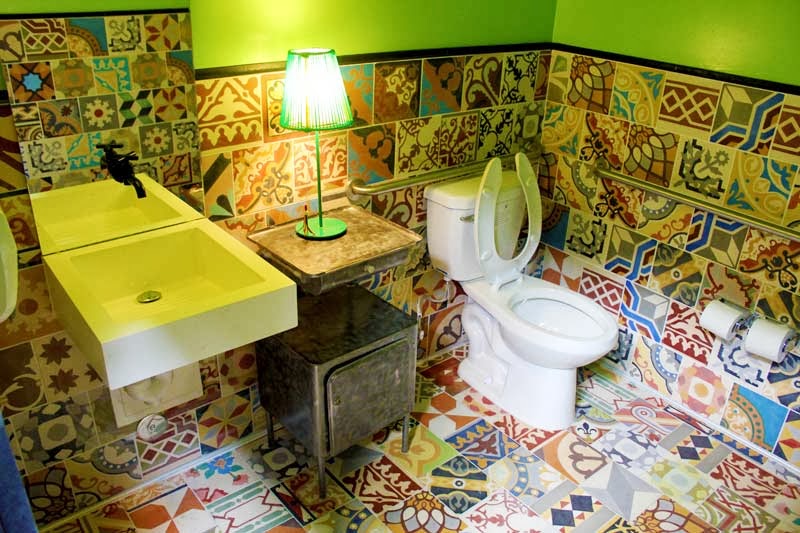 Heading back past the bar, you enter the main dining area. Roughly 15 tables fill the space, with seating for 70. 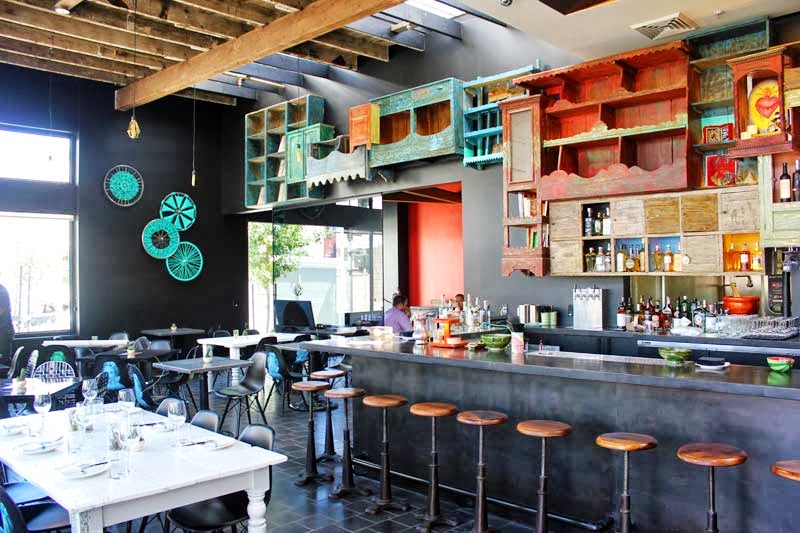 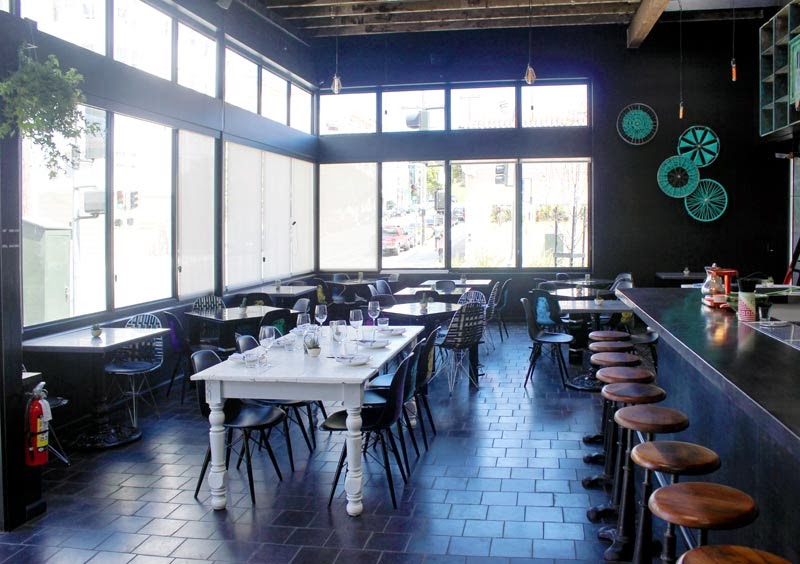 The food menu at La Urbana is relatively straightforward. In total, there are just 16 items on the menu (plus 3 sides), making your dining decisions thankfully simple. There are small bites (oysters for $3, huevos con chorizo for $6), more substantial appetizers like vegetable quesadillas and ceviche for $9-13, and full entrees like braised short ribs with tomatillo, or pollo al horno with chile butter and pico de gallo. These large plates range from $23 to $26. 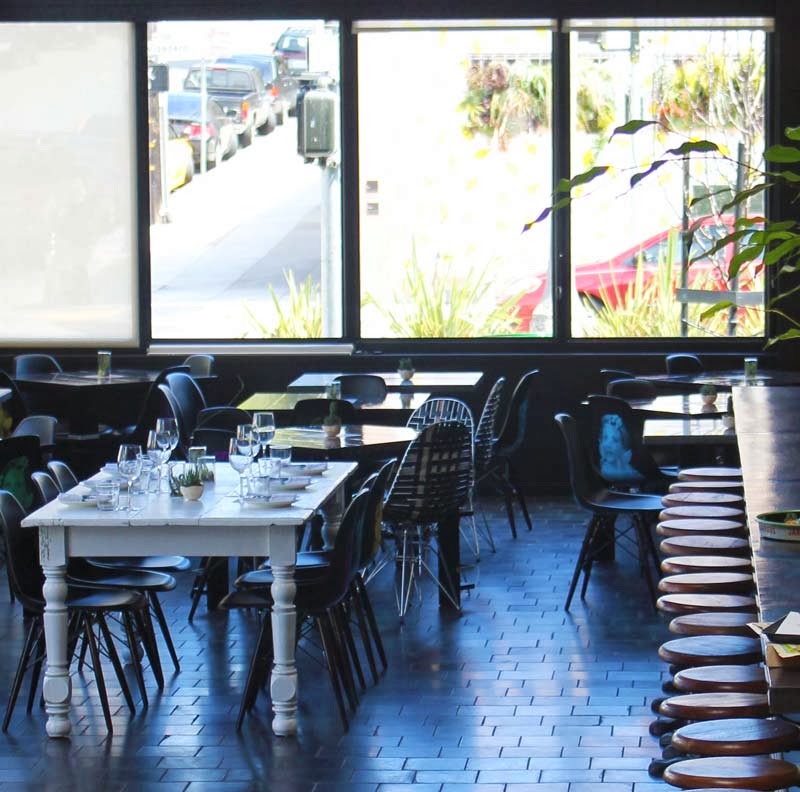 In the rear of the dining room is a smaller space that will become the mezcaleria. They're still awaiting a permit to sell mezcal by the bottle, so for the time being, it's going to be used as a private dining room for groups of up to 10 people. Also yet to open are the Mercado (adjacent to the patio), which they hope to unveil some time around "late Fall," and the upstairs space, including the rooftop patio. That's all still to come, so, something(s) to look forward to. Over the next few days, La Urbana will be hosting some test meals and soft-opening events, leading up to the official opening on Wednesday night. Thereafter, it will be open daily from 5pm to 1am.
San FranciscoDivisadero
About 10 hours ago