By Andrew Dudley - Published on August 08, 2013.
San FranciscoDuboce TriangleCastro
The Safeway at Church and Market has issued an eviction notice to San Francisco Community Recyclers, which has been operating on the eastern corner of the property for nearly three decades.

Safeway spokesperson Wendy Gutsall told us yesterday that the reason for the eviction was twofold. First, the widespread availability of curbside recycling makes such a facility obsolete, and second, the facility has a negative impact on customers and neighbors. "Safeway is committed to create cleaner neighborhoods and offer customers the best quality shopping experience," Gutsall wrote. "In San Francisco, it is easy to recycle with curbside recycling. After careful consideration and in an effort to improve parking lot conditions, Safeway will be closing the recycling centers at its Webster and Market Street stores." 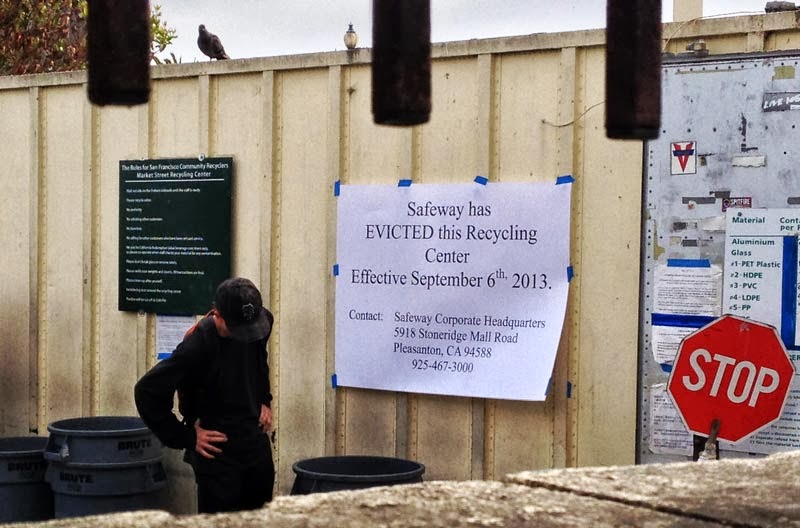 Ed Dunn, general manager of SF Community Recyclers, confirms that the Church and Market location has been ordered to leave by September 6th. Dunn was also in charge of the HANC recycling center in the Upper Haight. As our friends at Uppercasing reported, that center was forcibly evicted back in January of this year. In an email to us yesterday, Dunn expressed his disapproval of Safeway's decision. "Since 1987, San Francisco's recycling center network has been anchored by recycling centers located on Safeway parking lots," Dunn explained. "In recent weeks, however, Safeway has evicted three recycling centers serving the central and northern parts of the City." Dunn criticized Safeway for "turning its back on its historic commitment to recycling and the California Bottle Bill." That bill required that all California supermarkets have a recycling center within a specified area around their stores, or else they and all nearby retailers must accept recycling drop-offs in-store. 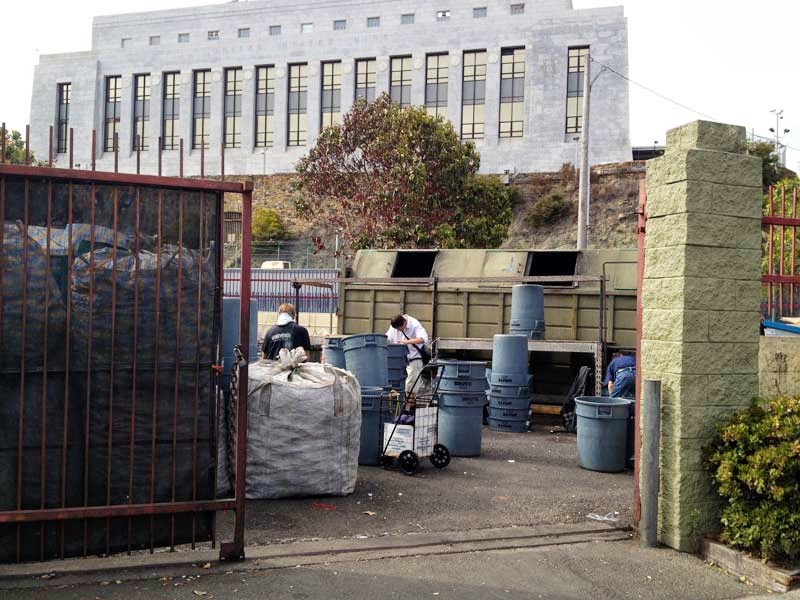 One supporter of Safeway's action is District 8 Supervisor Scott Wiener, who has expressed concerns about criminal abuse of the recycling program, as well as quality of life issues associated with the centers. Wiener sent us a statement yesterday cheering the eviction.

"Although I'm sure there will be some controversy around the closure, I'm very supportive of it and made that clear to Safeway. In fact, I've been asking Safeway to consider alternatives to the recycling center on Market Street since I took office. With the advent of curb-side recycling, we can offer recycling redemption that is less impactful to surrounding neighborhoods."

We asked Wiener what he might say to those who rely on the recycling center as a means of income. He wrote:

"We can still allow low-income people to redeem recyclables without enabling the recycling theft criminal enterprises that plague our city and that often pay less than full value to the poor and homeless people who collect recyclables. The Department of the Environment has been advocating a more dispersed model of accepting recycling, with reverse vending machines and the like spread throughout the city and not concentrated in just a few neighborhoods. It's not fair that these neighborhoods have had to bear the brunt of the recycling centers' impacts."

Indeed, the area around Market and Duboce has become known both for its pungent odor and the noise of rattling shopping carts full of cans and bottles making the pilgrimage to the recycling center. One local resident expressed cautious optimism to us upon hearing news of the center's eviction. "I can only imagine what the neighborhood would be like without the sound of grocery carts clanging with glass bottles," he wrote. It looks like he won't have to imagine for much longer.
San FranciscoDuboce TriangleCastro
May 20, 2022