The Story Behind The Panhandle's William McKinley Monument

Photo: Nuala Sawyer / Hoodline
By Nuala Sawyer - Published on April 14, 2014.
San FranciscoDivisaderoNoPa
Many of us pass it daily, use it as a meeting point for bike rides or blind dates and throw balls for dogs from its steps. But what's the deal with the William McKinley monument in the Panhandle?

Built in 1904, the monument has stood guard over the Haight and NoPa for the past 110 years. If you slept through US Government class in high school, William McKinley was the 25th President of the United States, and was assassinated in 1901—6 months into his second term in office.

Why is a president who was born in Ohio, served in Virginia during the Civil War, studied in New York, and worked in Washington DC memorialized in ... San Francisco? Further research determined that he only stopped through California when on the campaign trail for presidency. 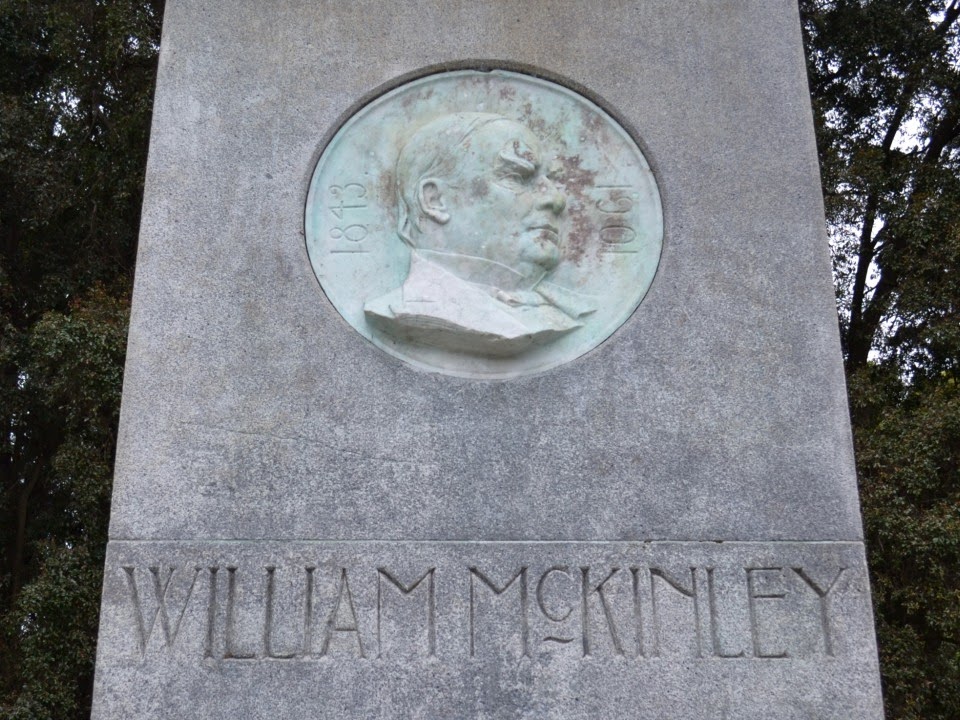 His death, however, was felt acutely by the entire nation. At the same time McKinley was assassinated, San Francisco was experiencing a veritable monument boom, and his death was an inspiration for Robert Aitken (a San Francisco Art Institute professor). He designed the McKinley monument to feature an enormous woman draped in a toga, holding forth a palm leaf. The statue is modeled after Alma de Bretteville (a high-class socialite and arts supporter), who also posed for the Dewey Monument in Union Square.

Rather than attempt to create a likeness of McKinley, Aitken chose to memorialize his legacy in the form of the "mental and spiritual attainments that made him a leader of men." These values became particularly poignant during the 1906 earthquake, when refugees set up camp at the base of the monument: 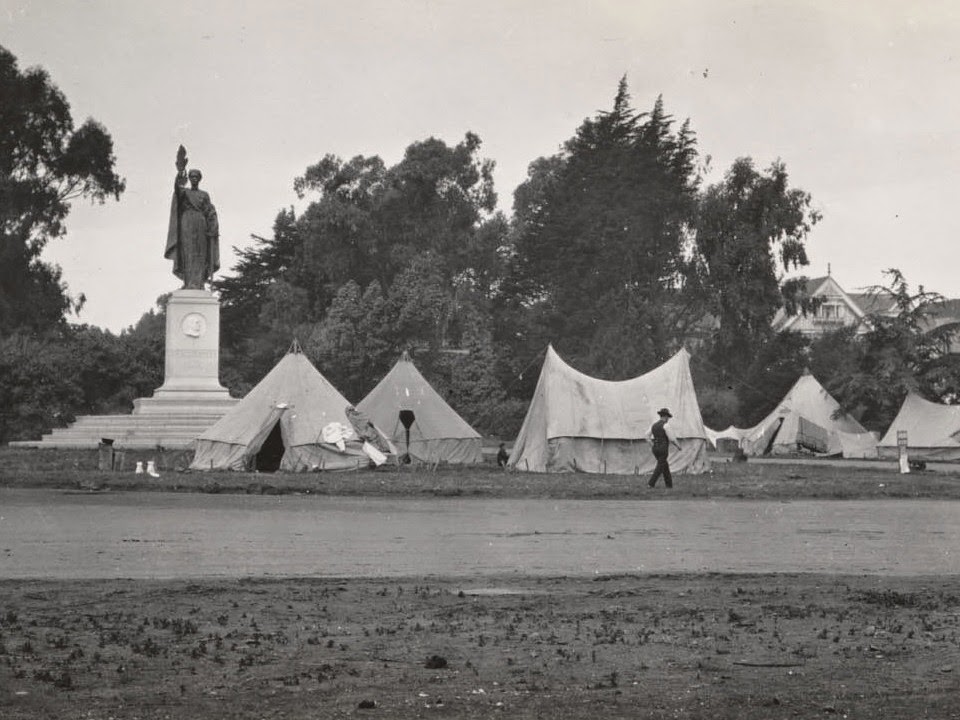 Today, William McKinley's monument stands as a controversial landmark. The City Arts Commission has been battling to erase the work of graffiti artists for years, an effort which requires extensive city funding for cleanup.  Kate Patterson, a spokeswoman with SF Arts Commission, stated in an interview with SF Gate last year, "We are bleeding money with this monument. It is tagged constantly. We haven't been neglecting this—we just can't keep up with the incidents of graffiti."

Plans to put the monument behind a $65,000 fence to keep it safe from taggers have been stalled after going up for review last September. The initial cost projections were over budget, so the design plans are being reworked. In the meantime, SF Arts Commission is working with the North of Panhandle Neighborhood Association (NOPNA) and Haight Ashbury Neighborhood Council (HANC) to improve the Panhandle as a whole. This includes providing lighting and a pathway around the monument.

For now, enjoy the steps while you can. We suggest leaving the spray paint at home.
San FranciscoDivisaderoNoPa
About 23 hours ago