Choreographer Todd Eckert On Why He's Leaving The Upper Haight, And SF, For Good

Photos: Megan Wright/Hoodline
By Megan Wright - Published on May 28, 2014.
San FranciscoUpper Haight
On a recent Saturday, choreographer Todd Eckert and his three dancers were hard at work in a Market Street studio, folding and sliding around one another on the sunlit floor. It was their last rehearsal before entering the theater for a run of performances titled "Shared Space 7". For Eckert, an Upper Haight resident, it was a last of many lasts — after 15 years of performing and creating work in the Bay area, he leaves in the fall for Ohio. 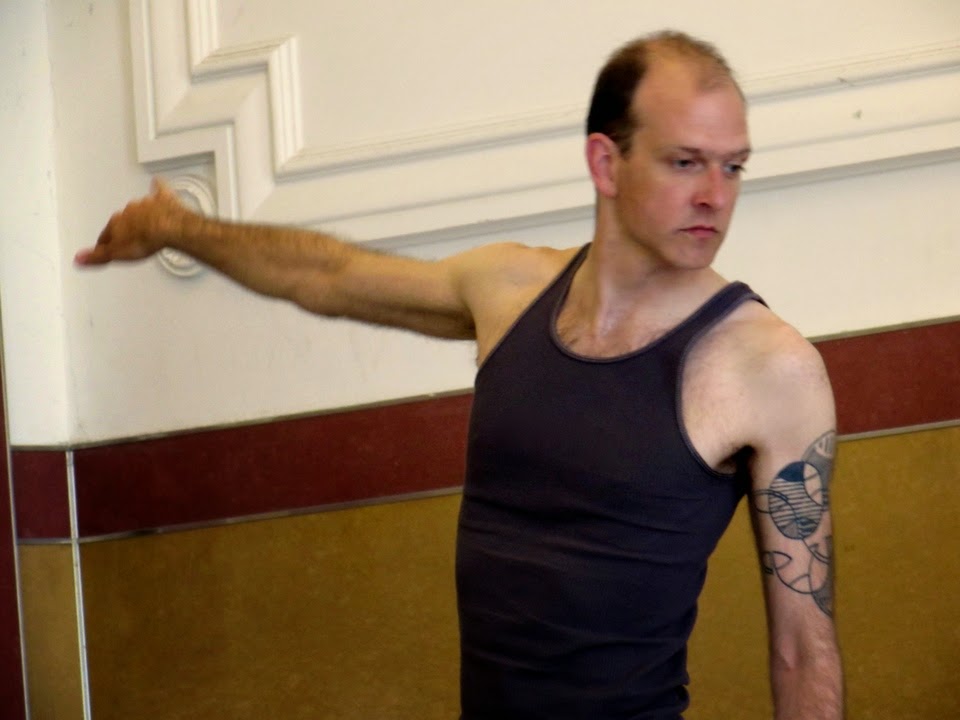 In a city where arts professionals and organizations are struggling (case in point being Intersection for the Arts, San Francisco’s oldest alternative arts space, which furloughed key staff and suspended programs this month in the face of deep financial trouble), Eckert is among a cadre of working artists who are leaving for more feasible pastures.
It’s not that the dance community in San Francisco is dwindling. Indeed, Eckert is quick to point out that it’s grown exponentially since he first moved to the Bay in 1999. But he sees older, more established artists departing, leaving a community of newer, younger dancers — those who can still tolerate being “punk-rock poor” — without guidance or historical context for their work. 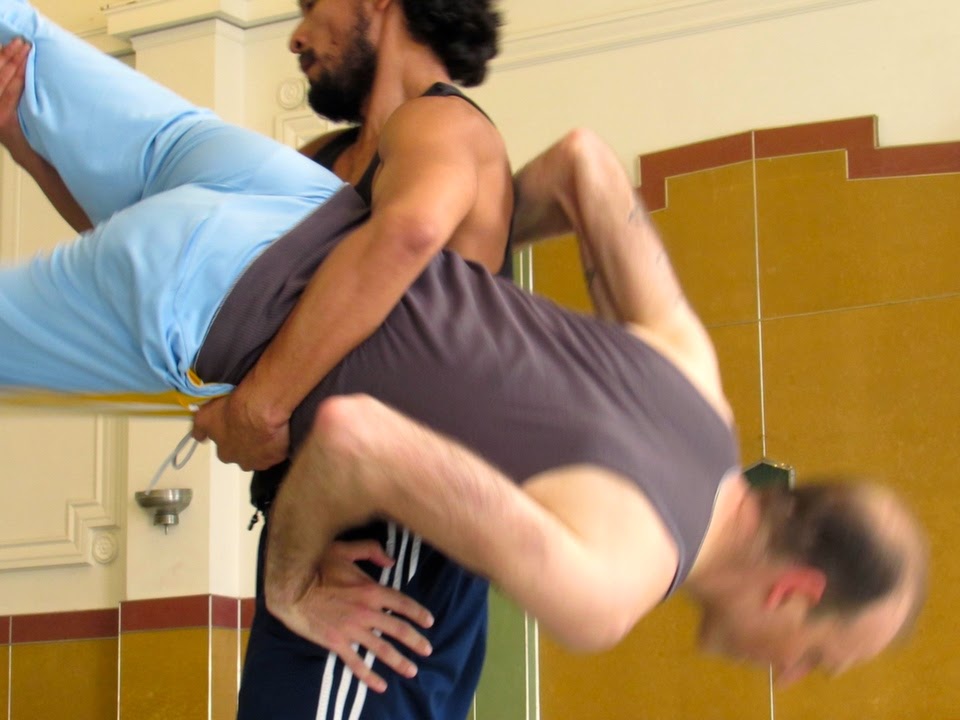 Eckert with Victor Talledos
“I started asking, what is there for me in San Francisco?” he says. “I didn’t want to find myself in ten years still working three jobs and just scraping by. I started to see how thin I was being spread, being pulled in good and not so good directions.” The three jobs aren’t an exaggeration: in addition to creating his own work, Eckert has managed the venerable Margaret Jenkins Dance Company for 14 years, and taught at the ODC School for 10. 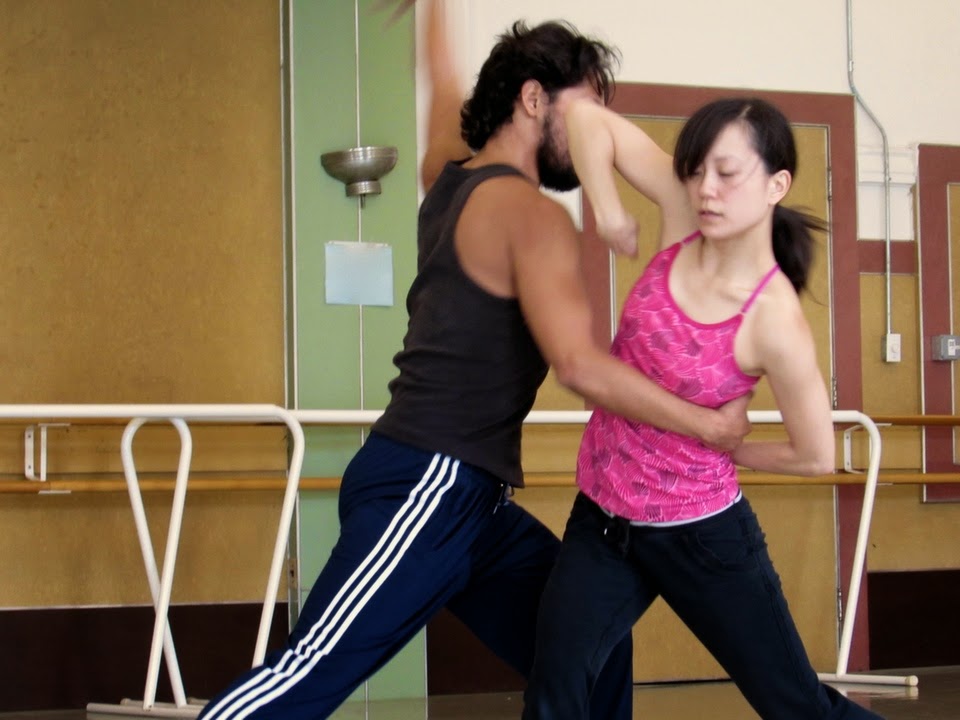 Talledos with Norma Fong
But even that volume of work wasn’t enough to sustain him, especially following the loss of his rent control two years ago and the subsequent doubling of his cost of living. So when Ohio State University offered him a fellowship for their Masters program in dance, Eckert said yes, despite the fact that “leaving means I’ll probably never live in the Bay area again.” 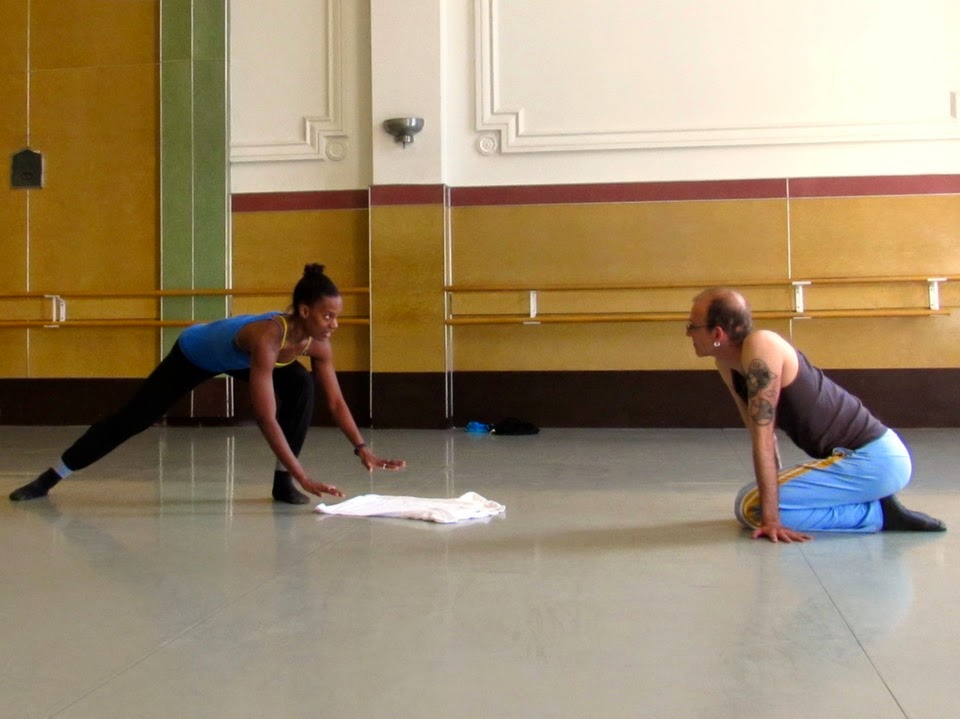 Eckert with Crystaldawn Bell
If you want to see Eckert’s last San Francisco show, it runs at Dance Mission Theater (3316 24th Street) June 6-8. Shared Space 7, as its name implies, is the seventh iteration of a shared bill between Eckert and choreographer Nol Simonse. This alternative method of production allows the two choreographers to share risks and resources, and to curate each show to their own aesthetics and artistic needs.
Eckert’s contributions to the evening are "Force Field," an investigation in external ballistics, and "Previously Published," a gallery of excerpts from earlier work. Tickets are available online at Brown Paper Tickets.

San FranciscoUpper Haight
About 20 hours ago