Photo: Calitexican
By Nuala Sawyer - Published on June 05, 2014.
San FranciscoDivisadero
This month, the costumed, bike riding extravaganza that is San Francisco Bike Party will be starting from our very own neighborhood, at the William McKinley Monument in the Panhandle. Curious to learn more about their history and mode of operation, we interviewed the group of organizers to learn a little more about Bike Party's ethos, and what's in store for this month.
When did SF Bike Party start? What motivated the first ride?
"We'd been long time fans of San Jose Bike Party and East Bay Bike Party, and wanted to replicate those fun times in San Francisco. December 2010 was Bike Party 0.  It was essentially our first test ride. 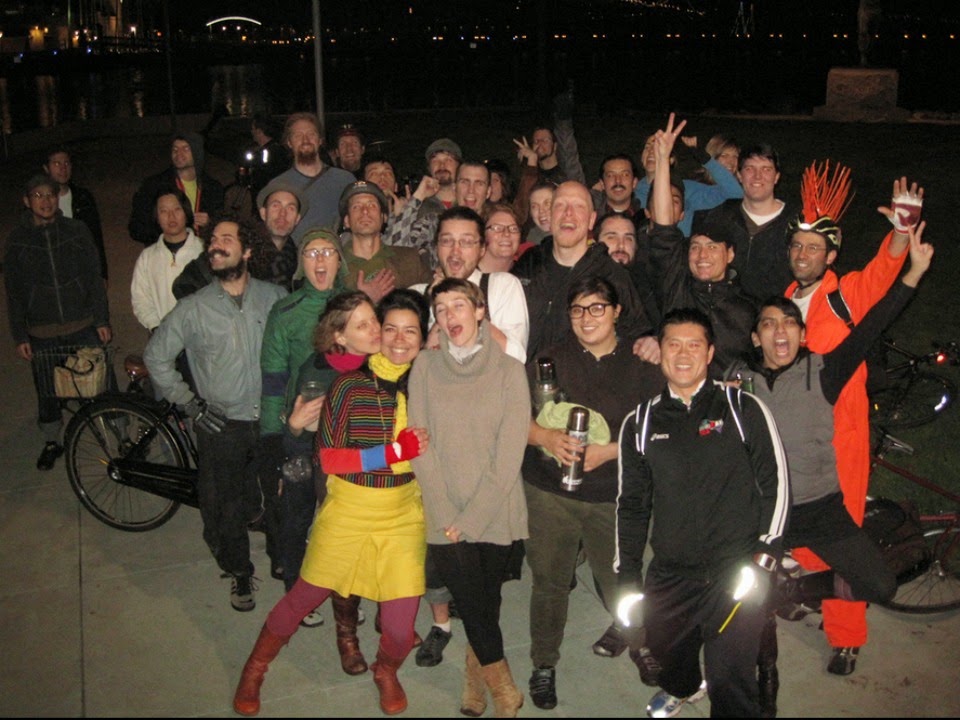 (Photo: Meligrosa)
Once we had the route in place, we held our first official Bike Party #1 in January of 2011. It was a Birthday Theme, and every year we recycle the same theme in our January Bike Parties."
What policies do you work to enforce during each SF Bike Party?
"Our mantra, which we repeat at the beginning of every Bike Party, is: 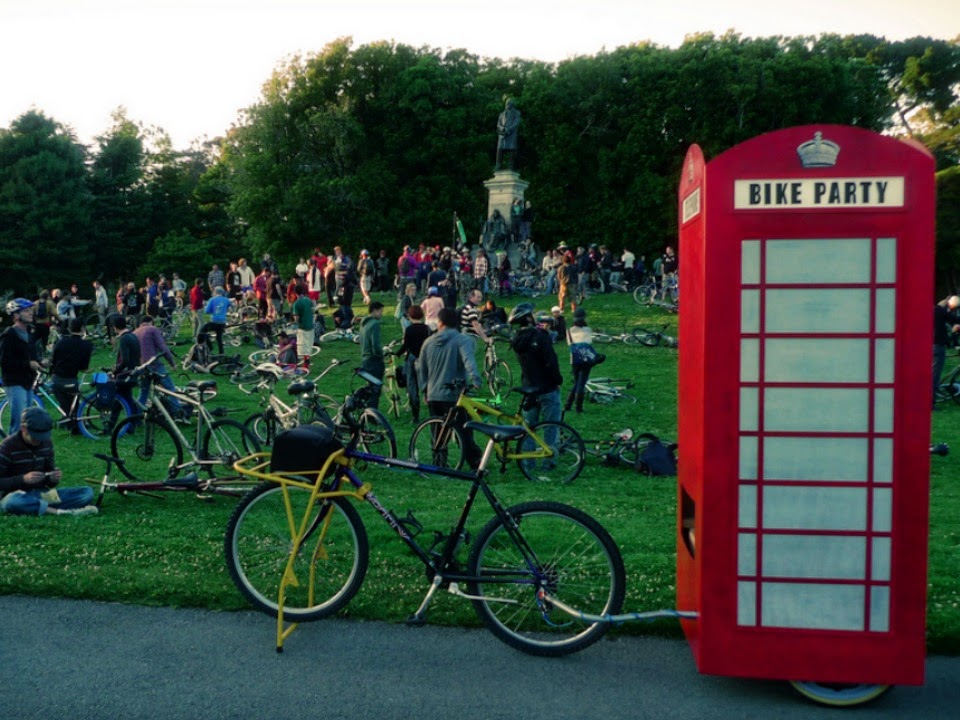 (Photo: Violator Notice)
How many organizers help make Bike Party happen?
"Each month is a little different since we are an all-volunteer organization. It may surprise you, but each monthly Bike Party involves an average of 80 - 100 emails between HUB members and at least two rides to test our the route, making sure it's both fun and safe. After each Bike Party we meet in person to discuss what worked, what we need to improve upon, and what our next month's party should look like.
Because of the huge commitment, sometimes our lives outside of Bike Party require us to step back. But on average we have about 10 HUB members and shifting group of volunteers who help make Bike Party possible. These include folks who help us staff corners, direct and monitor Bike Party on the night of, write our lookbooks, draft content for our blog posts and social media. But most importantly they're the hundreds of riders who join us to make Bike Party what it is." 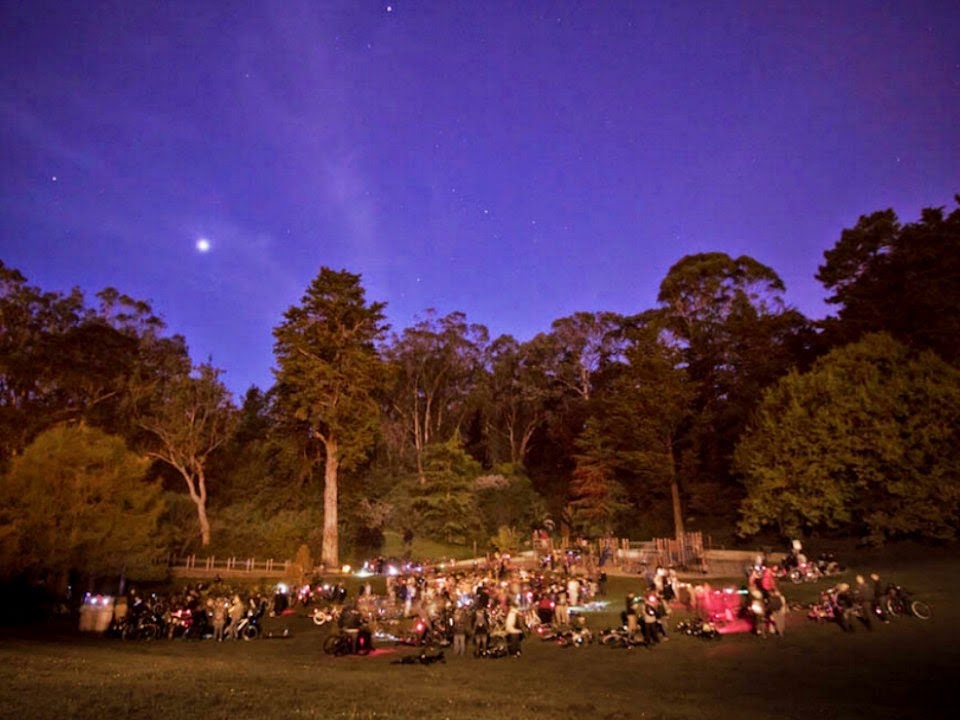 (Photo: Volker Neumann)
How is each month’s ride different?
"In the words of Ira Glass, "each month we choose a theme..." We work to make each Bike Party its own unique experience. By changing up the route we have the opportunity to explore new corners of the city, many of which cyclists might not find on their own.
By changing up the themes, we hope to keep things interesting and to give those costume-makers in our community a goal each month. Sometimes our themes are seasonal, like last year's "May Flowers" ride. Other times they're just for fun, like our Robot Revolution." 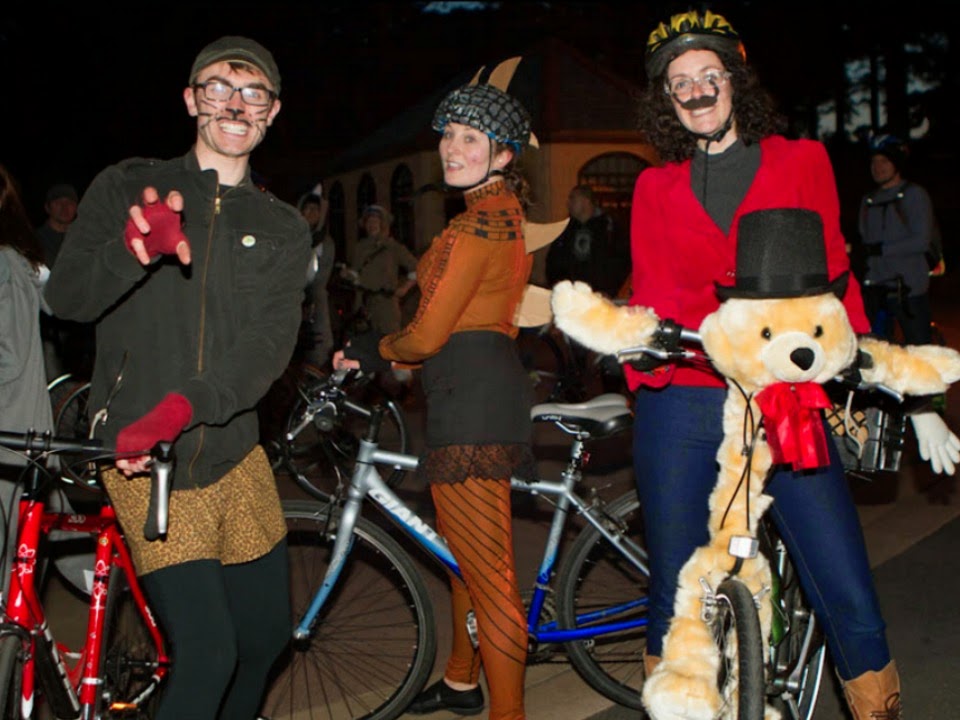 (Photo: Volker Neumann)
What do you hope is the future for biking in San Francisco?
"We want everyone in SF and the Bay to be able to get on a bike, join their friends and have a blast riding through the streets of our fair city. We are lucky to live at at time when there is a lot of attention on bikes and we can only hope for the day that when you see hundreds of costumed, cheering, bike-riding folks riding down the street you won’t even bat an eye."
Tell us a little bit about this month’s Bike Party…
"San Francisco Bike Party is going to space for an Intergalactic Odyssey: aliens, asteroids and artificial intelligence. Whether you like Star Trek or Star Wars, Sputnik or Apollo, black holes or supernovas, be prepared to boldly go where no bike party has gone before.
We'll be meeting on Friday June 6th in the Panhandle at the William McKinley Monument. Meetup time is 7:30pm, and we roll out by 8pm. We've got some really great party stops this month, including one we haven't visited before, so dust off your two wheels and come join in the party."
San FranciscoDivisadero
About 20 hours ago