Margaret Cho Kicks Off Homeless Outreach Tour In The Haight

Photos: Amy Stephenson/Hoodline
By Amy Stephenson - Published on November 17, 2014.
San FranciscoUpper Haight
Today at noon sharp, comedienne/actress/musician Margaret Cho arrived on scene at the corner of Haight and Ashbury, as promised on Twitter.
She settled at the northwest corner, just outside the t-shirt shop, where a banjo player was already parked. She asked him his name (Damon), and told him to go ahead and keep playing. As he plucked, a man who arrived with Cho pulled out a mouth piano and just started jamming. 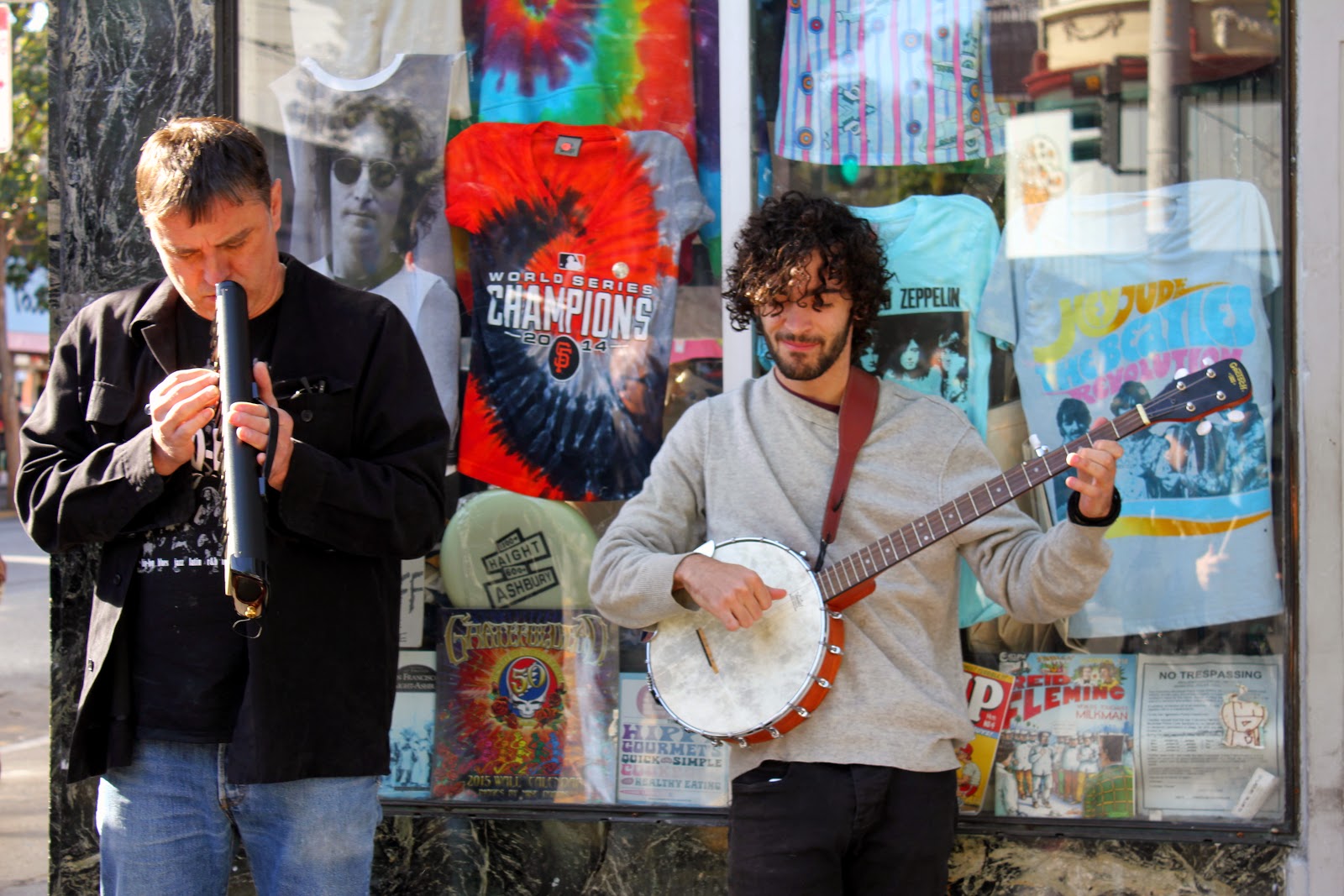 As reported by SF Weekly, Cho's appearance is the launch of an extended busking project designed to raise money and awareness around the city. Her plan is to tweet the location of each appearance on the day before she hits the sidewalk.
"Robin Williams was such a philanthropist," Cho told an ABC7 reporter on the scene today, "and this is how I'm honoring his memory. Don't grieve Robin, be Robin."
Throughout the course of the interview, several people walked up with bags full of food, clothes, and blankets, which Gerri Lawlor (SF improv instructor, creator of Simlish and partner in crime for Cho's comedy/philanthropy tour) organized into a neat pile. 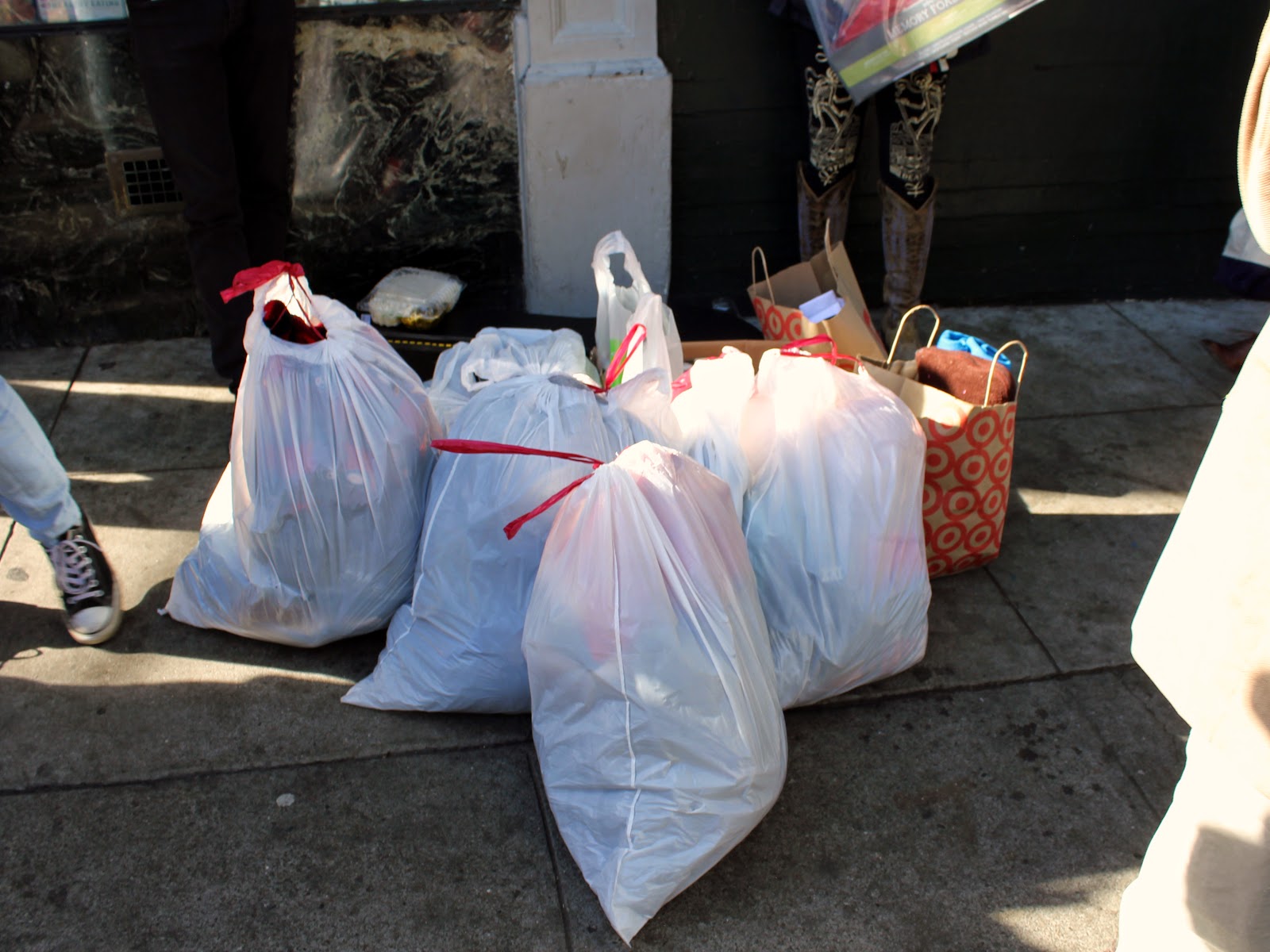 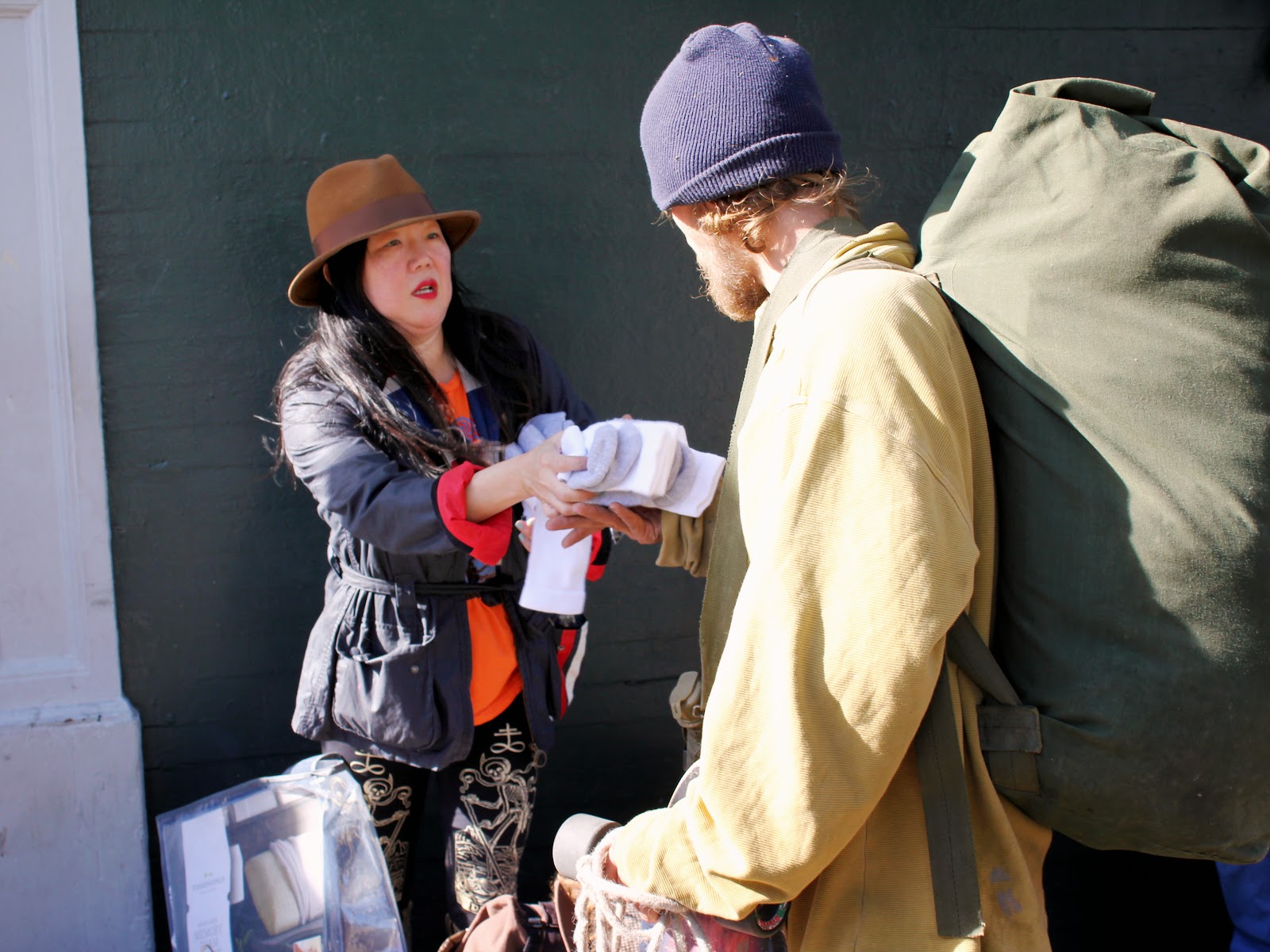 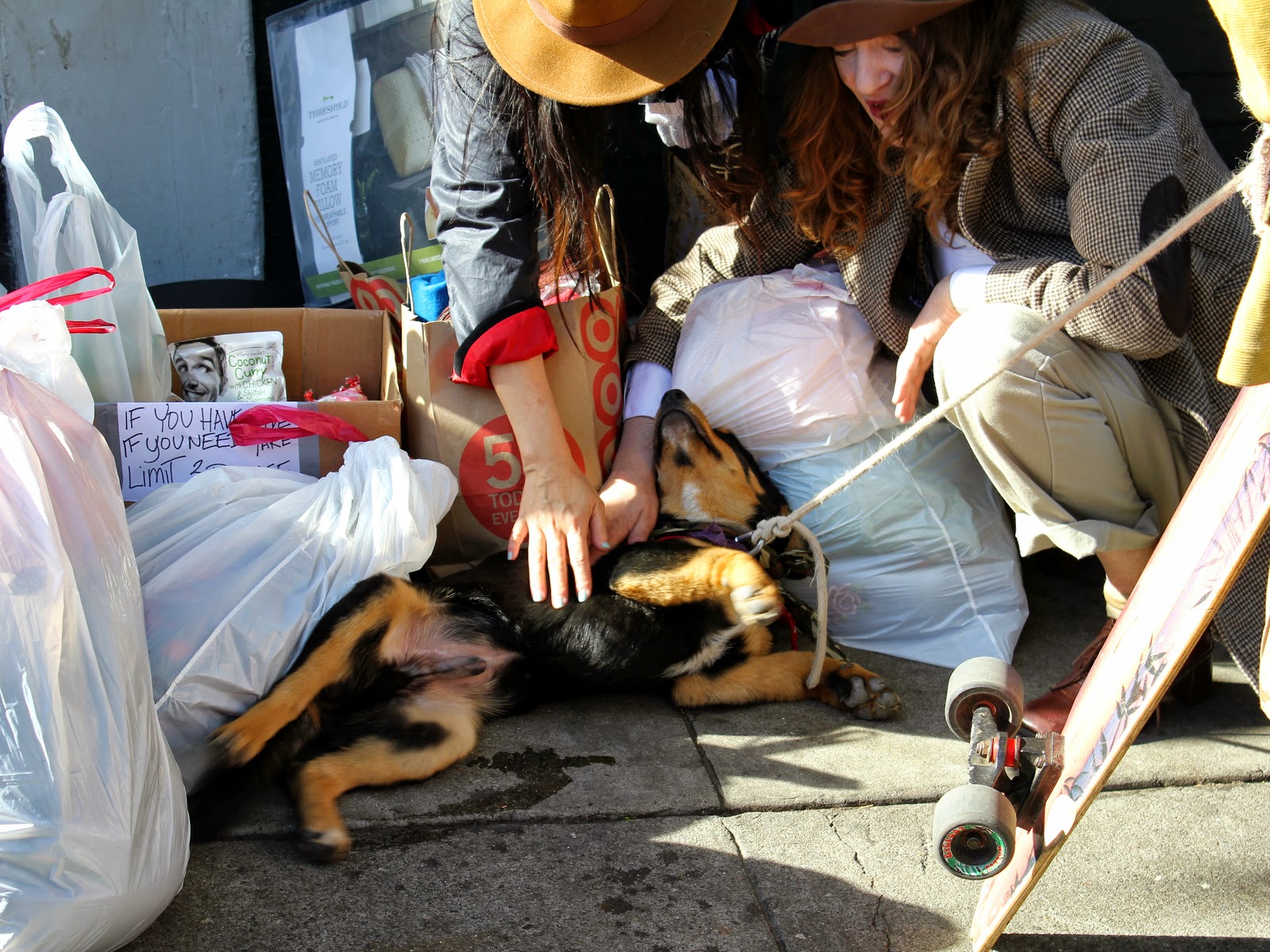 The pair explained that the appearance was sort of a giant leave-a-penny-take-a-penny. At one point, a homeless person with no shoes approached, and Cho basically forced him to take socks. Once she took out her guitar, people immediately started throwing money in the case, so she made an impromptu sign reading, "IF YOU HAVE GIVE / IF YOU NEED TAKE / PLEASE REMEMBER YOUR FELLOW MAN." 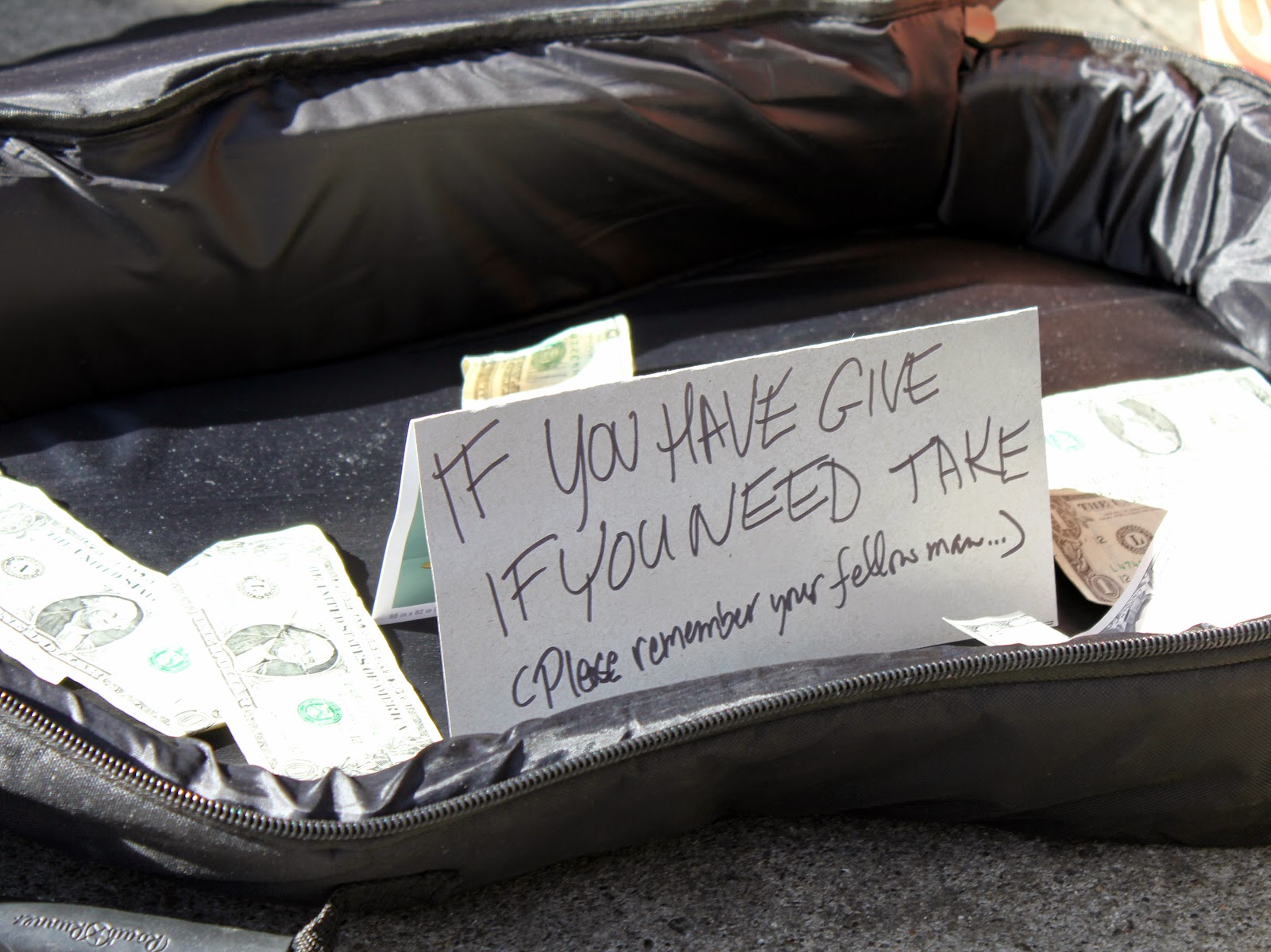 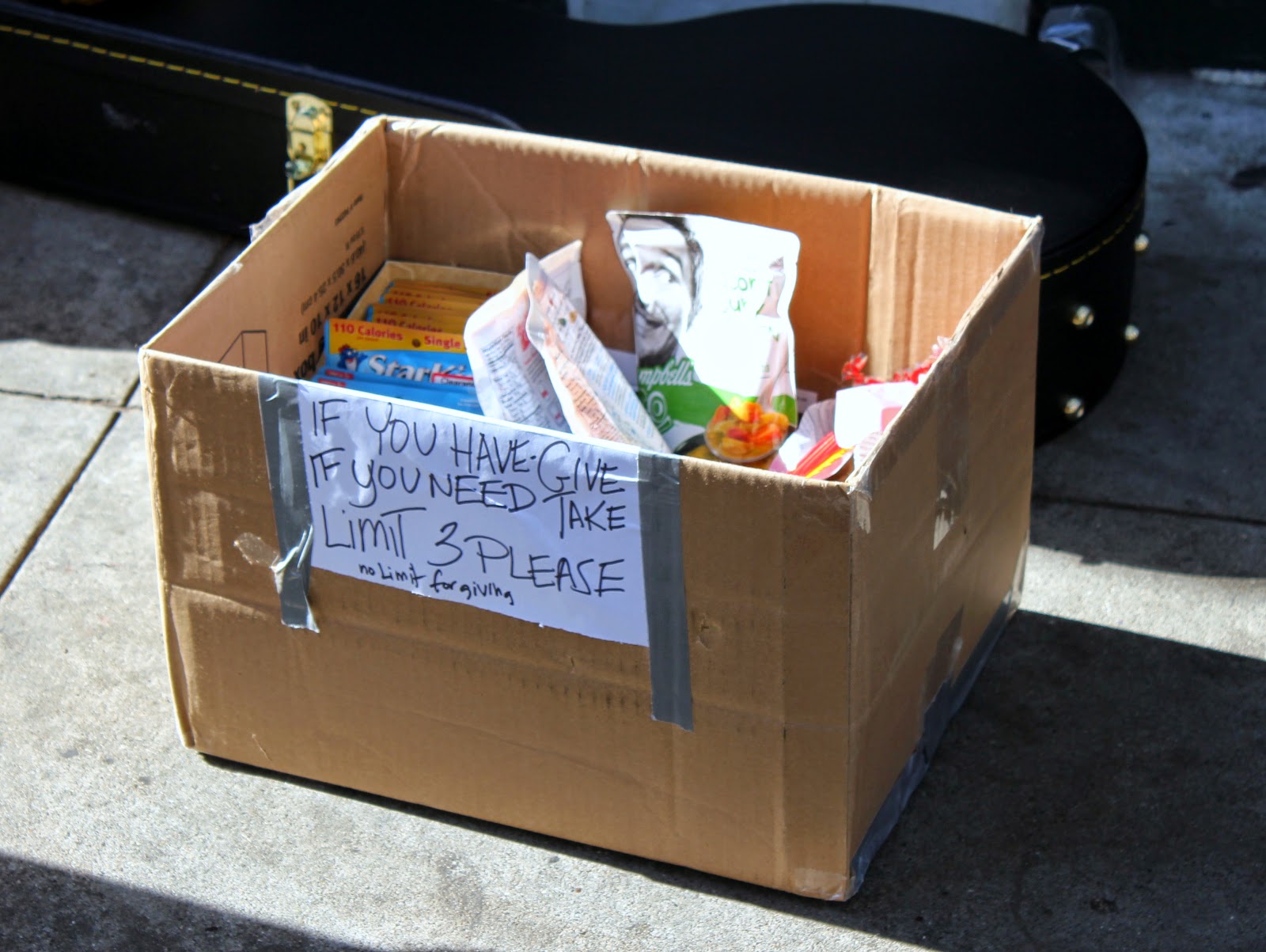 Mary Howe of Homeless Youth Alliance stopped by to give Cho an HYA shirt and to thank her for her efforts. 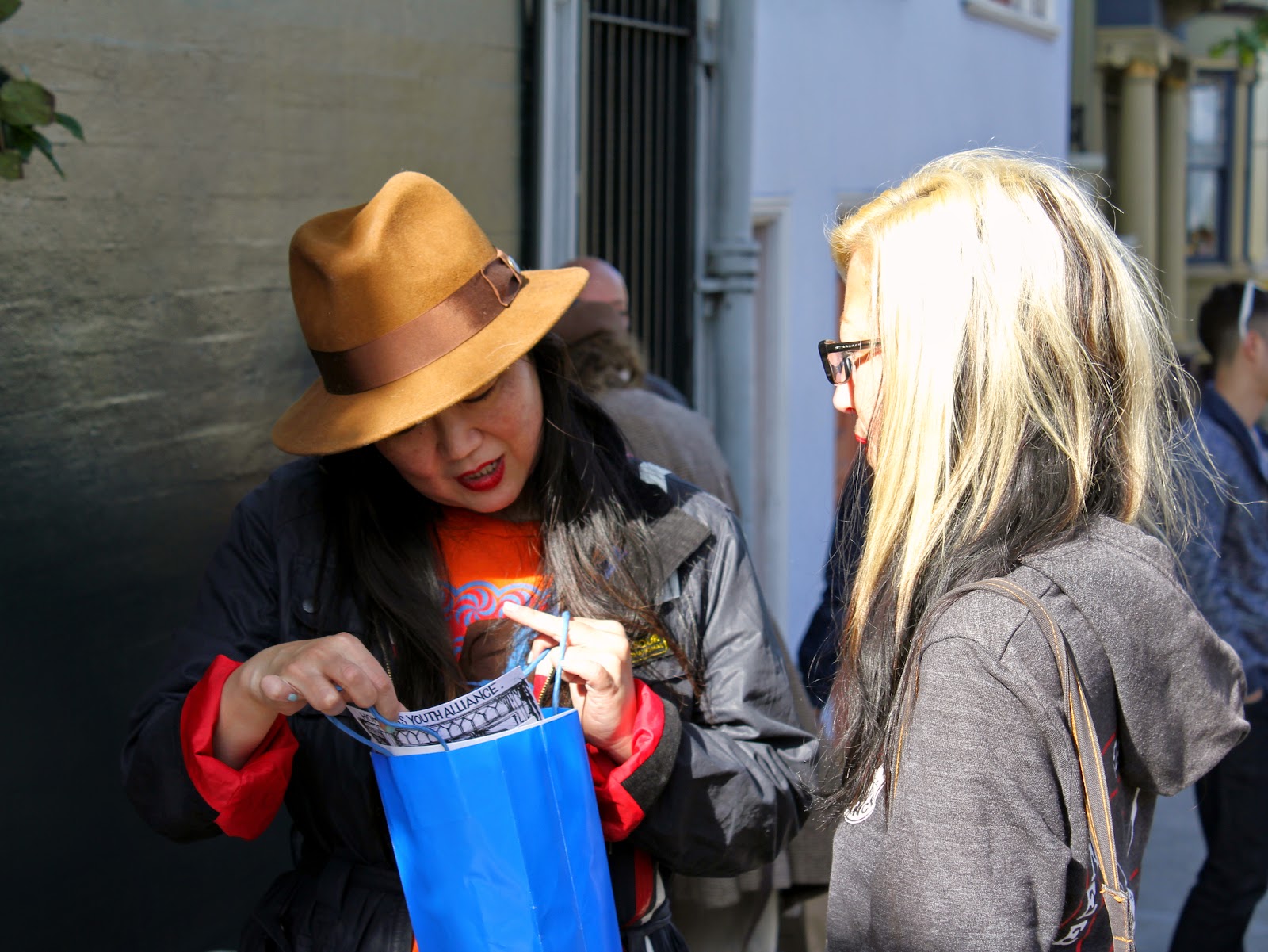 Cho eventually started singing, launching immediately into a characteristically lewd song about her genitalia, to which Lawlor did an interpretive dance. 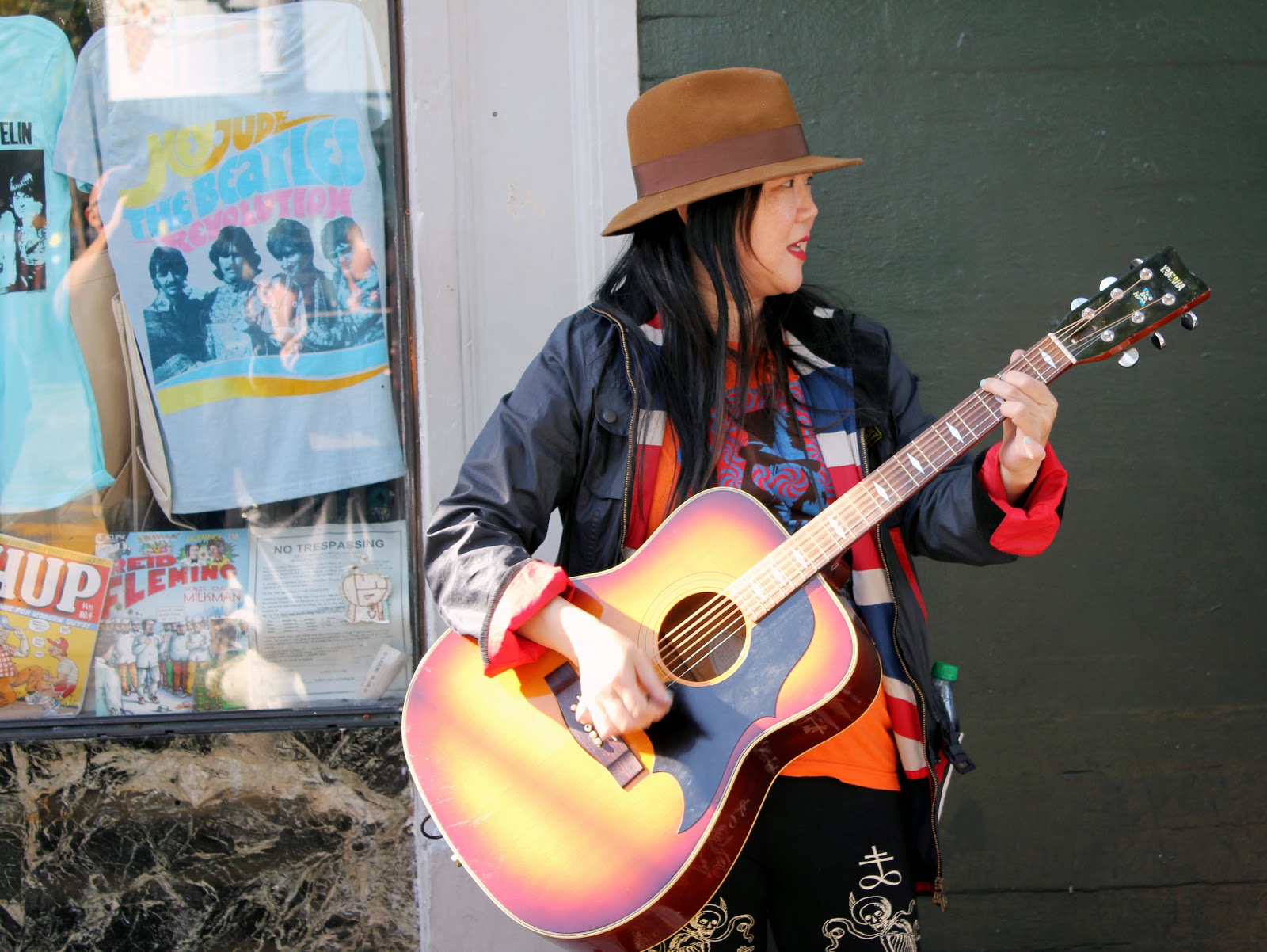 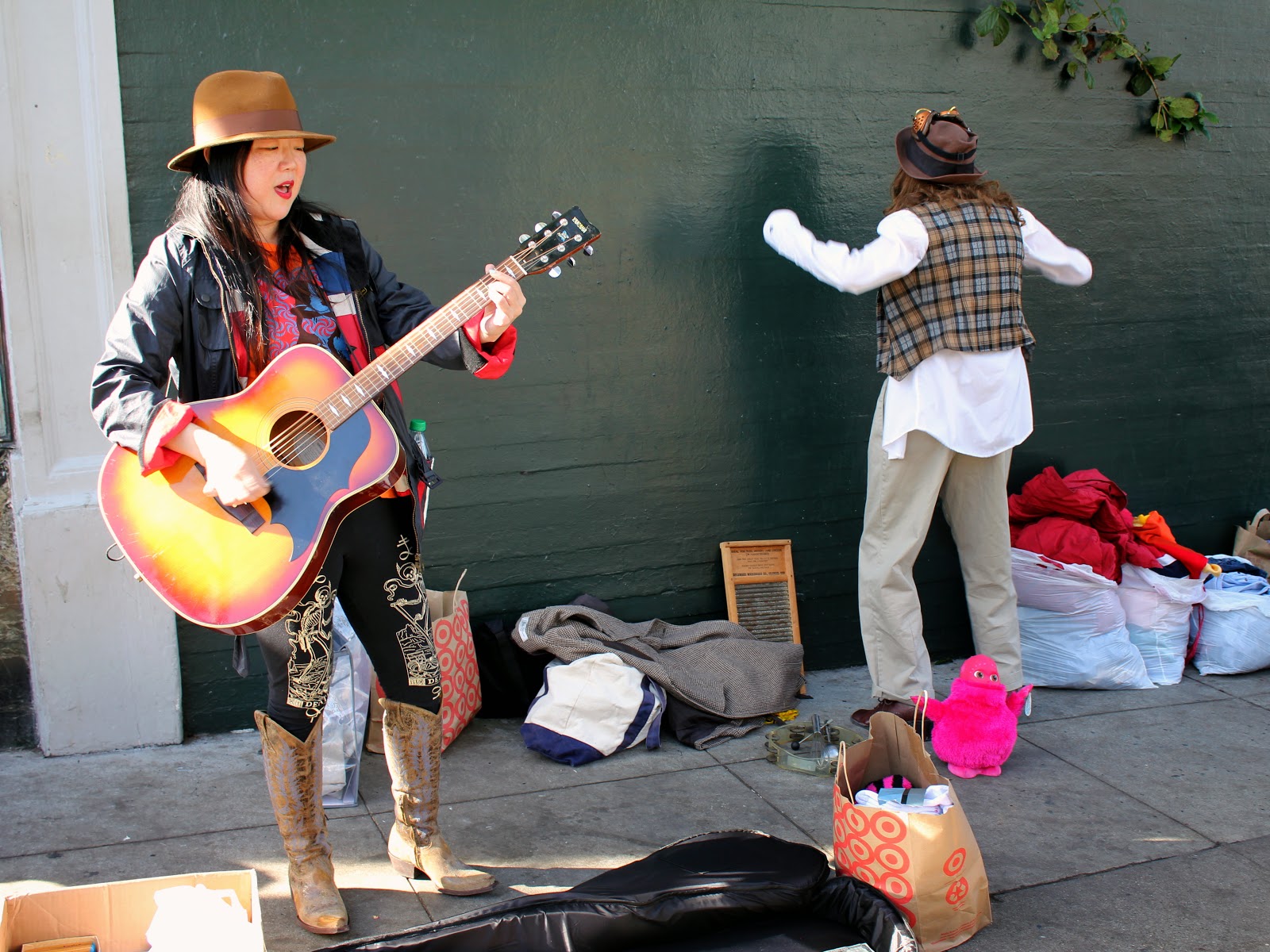 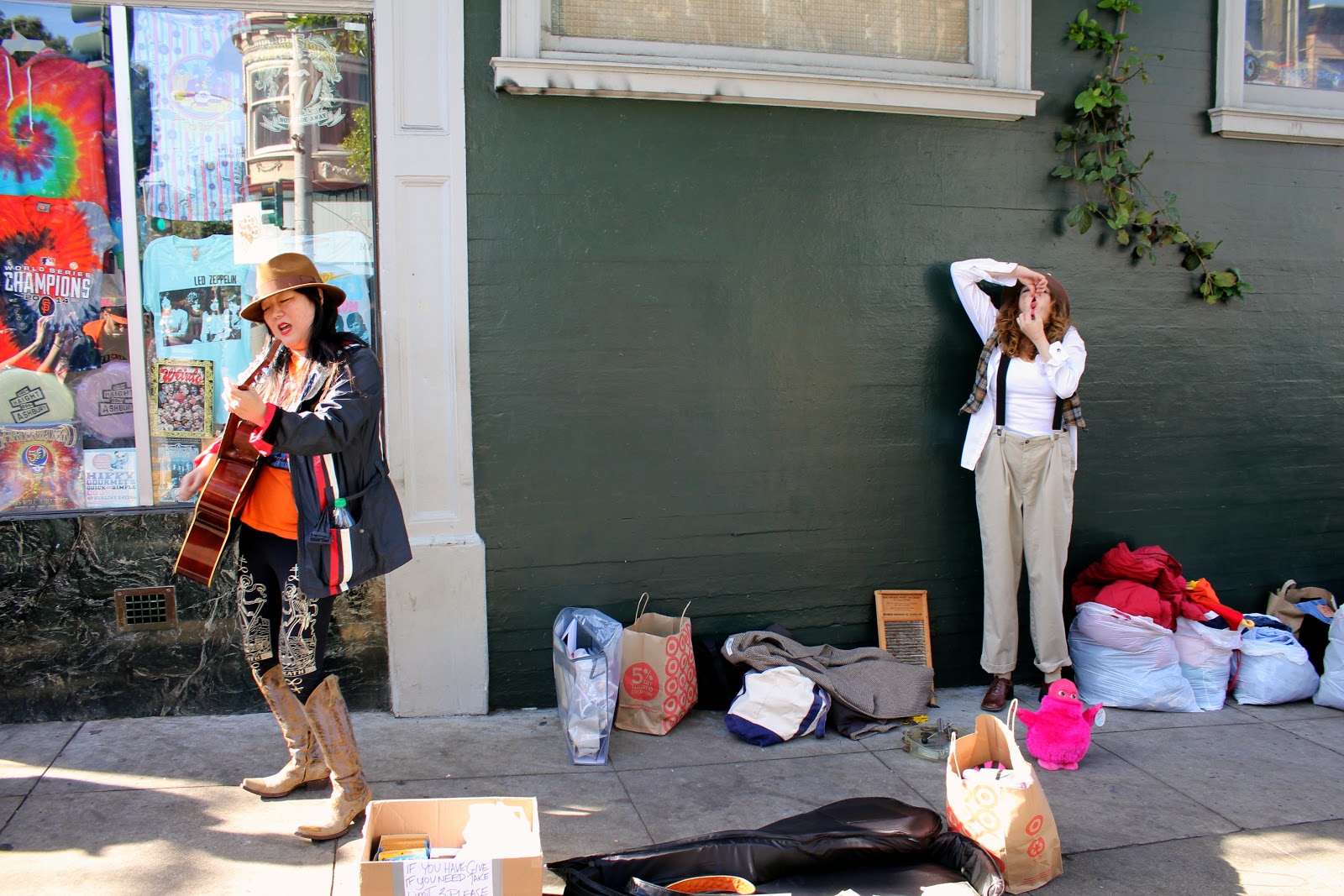 After 20 minutes or so, there were about 60 people milling around, taking photos with Cho, and donating money. 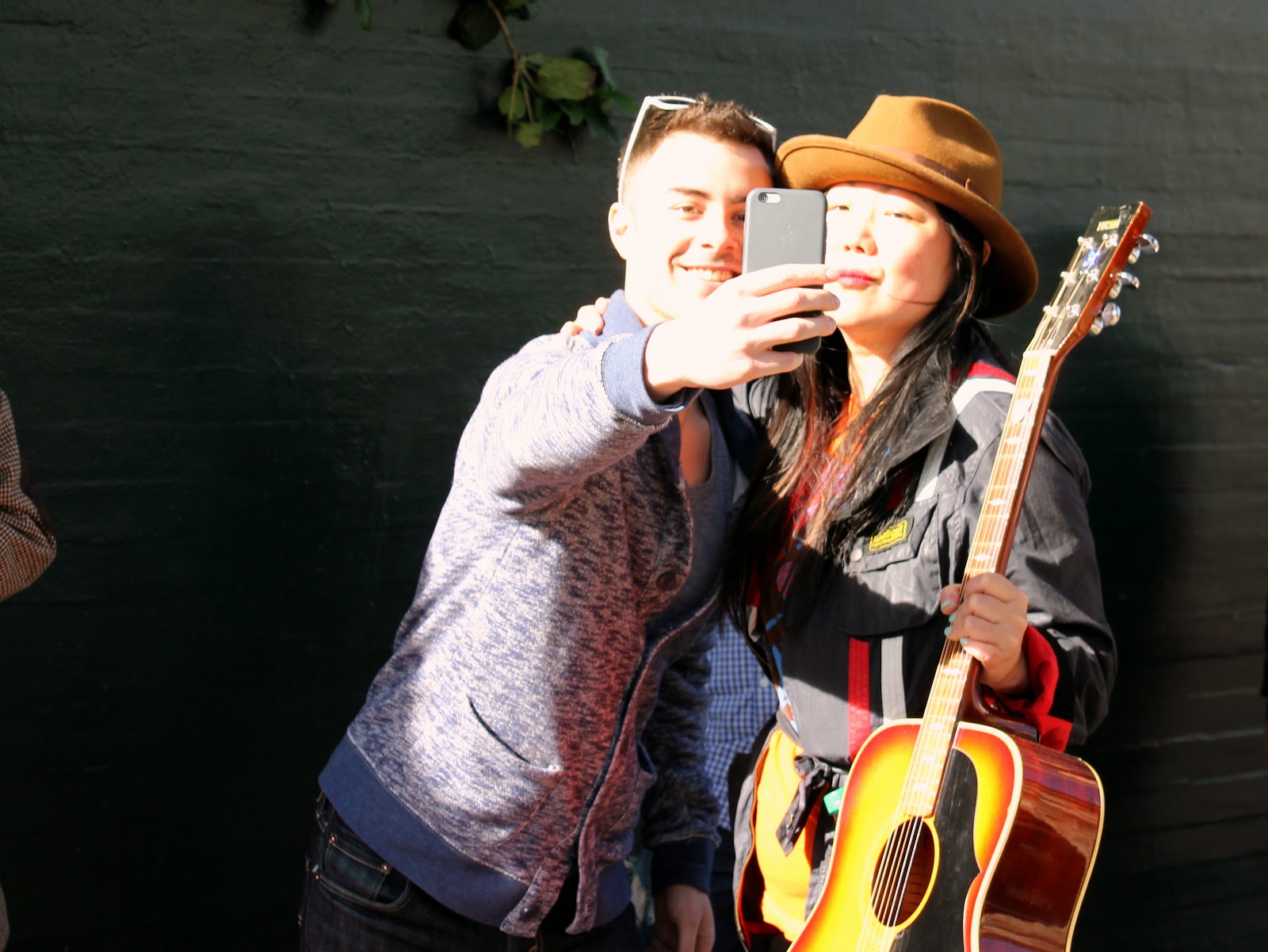 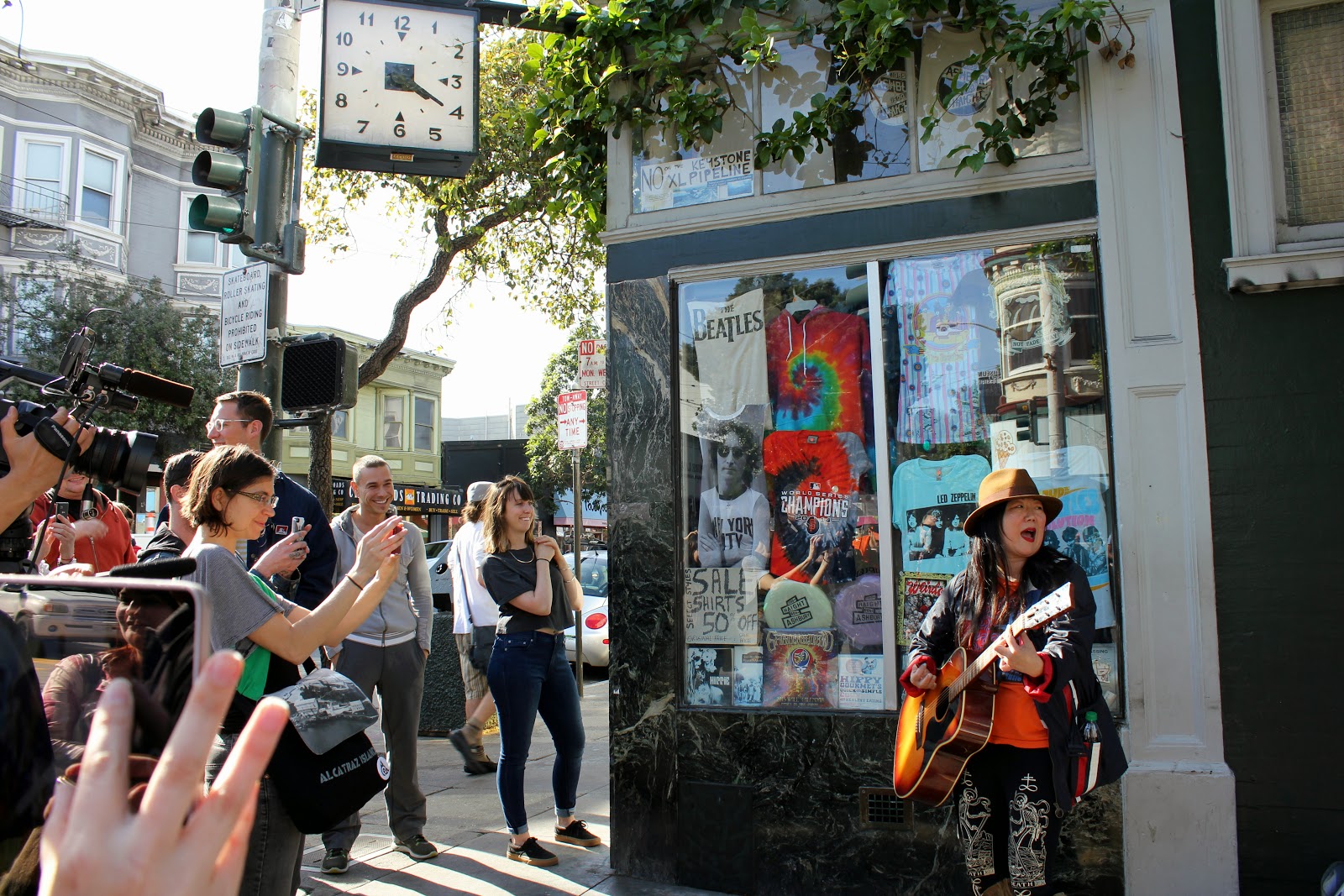 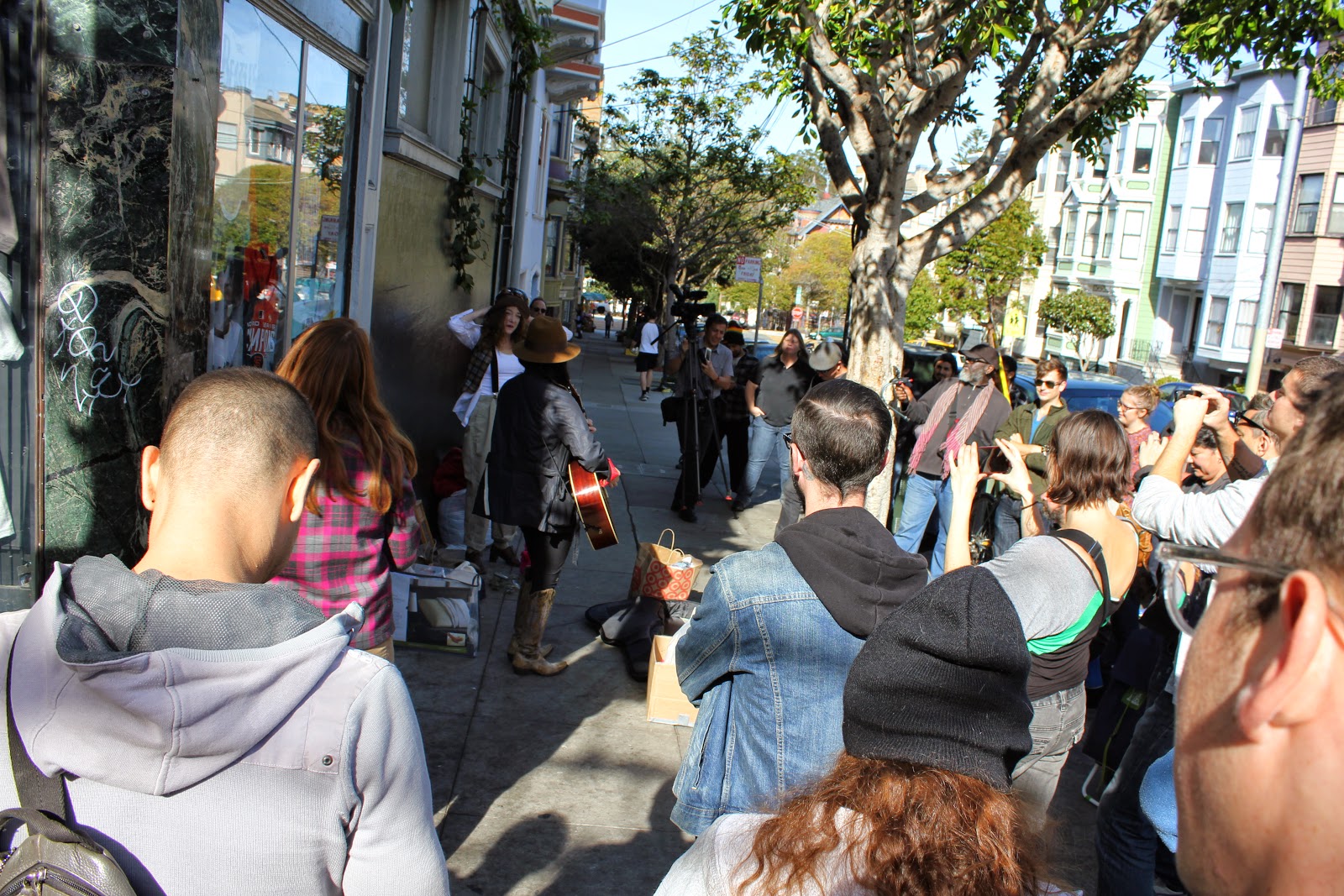 Cho said that tomorrow she'll be in the Castro, and that she'll be out doing this every day that she doesn't have to work for the next two months.
You can follow Cho on Twitter here to see where and when she'll be making future appearances around town.
San FranciscoUpper Haight
About 2 hours ago