Flax Continues Search For New Location, Will Relocate In 2016

Howard Flax (Photo: Stephen Jackson/Hoodline)
By Rose Garrett - Published on January 06, 2015.
San FranciscoHayes ValleyMid-Market
In May of last year, we broke the news that longtime art supply and creative materials store Flax Art & Design was on its way out, to be replaced by a new 9-story mixed-use building on the corner of Market and Valencia. Plans for the 25,900-square-foot parcel of land, which has housed Flax since 1978, include an 85-foot tall building with 160 residential units (renderings here).
In August, we checked in with Flax's third-generation owner, Howard Flax, who told us that that store's lease was set to expire at the end of 2015, and that he was in the process of looking for a new location for the store.
In a recent update which should come as a mild relief for fans of the store, Flax announced that the store won't be moving until February 15, 2016 at the very earliest. However, it seems he is still searching for an appropriate space for the future of the store, which has been an SF institution since 1938, first at 437 Kearny St., then at 250 Sutter St., then at the current location at 1699 Market St.
Here's what the current location looked like way back in 1977, right before Flax Art & Design opened up shop: 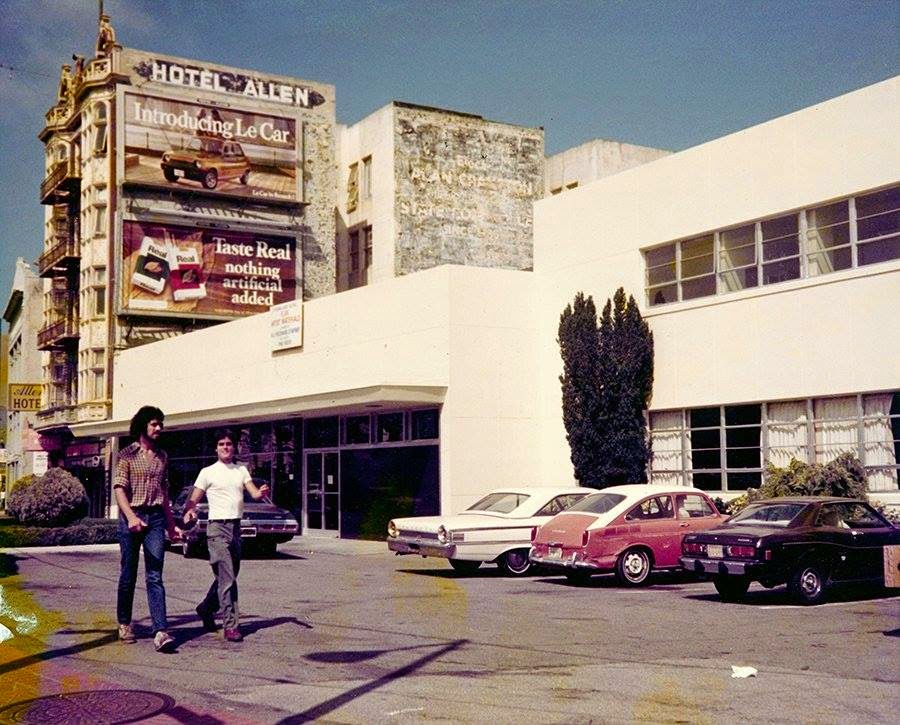 Photo via Howard Flax
We spoke with Flax the man, who let us know that, although he'd like the store to remain in the neighborhood, he's aware that higher rents may necessitate looking farther afield. With 27,000 square feet currently, 20,000 of which is retail, it's unlikely that Flax will be able to find a similar footprint, but he told us that he's currently on the lookout for a space with at least 15,000 square feet to work with. A parking lot and central location are also on the wishlist, as well as a warehouse area with a rear loading dock for deliveries.
For now, Flax is still on the lookout for the next dream space, and he's not afraid to ask for community help. "If anyone has a tip, feel free to call me at the store, (415) 552-2355," he said. "I sincerely welcome all information and feedback."
Flax says he's glad for the outpouring of concern that the initial news elicited, but that his focus now is on the future. "We've been around a long time, and people have grown emotionally attached," he said. "The initial reaction that we're moving is sadness." But, he said, the move presents a new opportunity for change and growth. "I sincerely plan to make the most of it," he said. "Reinvention is exciting."
San FranciscoHayes ValleyMid-Market
About 20 hours ago