Lava Mae Mobile Showers May Be Headed To Fell Street

Lava Mae (San Francisco's mobile shower bus) has been taking the streets by storm since it launched on June 27th of last year. Since its launch it has raised $50,000 for a second bus, been featured in numerous media stories, and been voted a finalist in Google's Impact Challenge Awards.

The buses currently operate out of the Tenderloin, SoMa and the Mission, but in response to an urgent need from a shelter near Alamo Square, they may soon be rolling into the neighborhood.

The story starts with a church. The First Friendship Institutional Baptist Church has operated on the corner of Oak and Steiner streets since 1960, and since its creation has been providing community outreach services in addition to its regular church happenings. The largest of these efforts is The First Friendship Family Shelter at 501 Steiner St. The shelter operates from 3pm to 7am every day, providing beds and basic services for homeless families with one or more child.

With over 2,200 homeless children estimated to be attending the San Francisco Unified School District, having a family-specific shelter is an important safety measure to keep children and their caretakers off the streets. While the First Friendship Family Shelter offers a comfortable refuge, it recently lost access to shower facilities. This means that the shelter's temporary residents have no way to keep clean. With only seven shower facilities available to the city's homeless—which numbers over 7,300—the loss of such facilities is deeply felt. 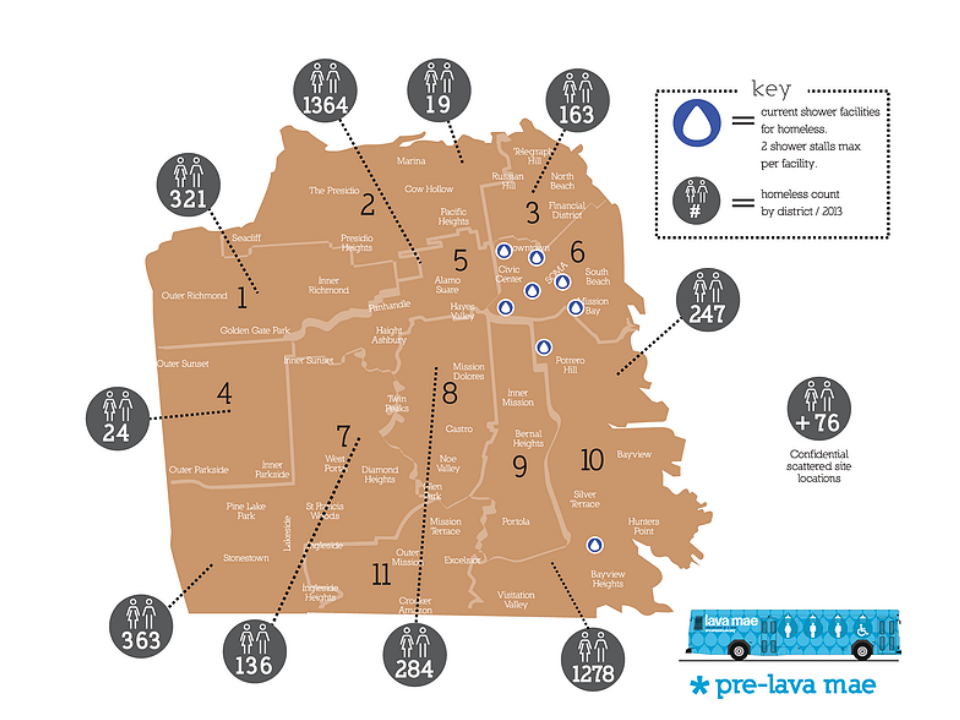 In search for a solution, Lava Mae and the First Friendship Family Shelter are teaming up, and working together to organize a regular bus visit in front of the shelter—most likely on Fell Street. "The 50 or so families at First Friendship are much in need of safe, reliable access to hygiene," says Lava Mae founder Donience Sandoval. Final details have yet to be released, though the bus will need access to a fire hydrant and a drain in order to operate.

With the understanding that this is a neighborhood decision, First Friendship Baptist Church will be holding a community meeting tomorrow (February 18th) to discuss Lava Mae, the church's homeless outreach program, and its bookmobile. If you're interested in learning more about the neighborhood's homeless population and what efforts are being undertaken to positively affect change, swing by 501 Steiner St. at 6pm tomorrow. Donience from Lava Mae will be in attendance to answer any questions.

As for when Lava Mae will be starting services in Upper Haight, the date is still currently unknown. "We just presented to the Haight Ashbury Merchants Association—the vast majority are in support of our providing service there. We now need to determine the location and are working with Supervisor Breed's office to pin that down," says Donience. We'll keep you in the loop as we learn more.