Last month, we brought news of a proposed plan to convert Sullivan’s Funeral Home at 2254 Market Street into a residential/retail complex. Now, we have more details and renderings of the proposed plan, including the news that developers plan to spend over $1 million to retain the building’s original facade.

This was one of the developments disclosed last night at a community meeting held by the Prado Group, a required step in the process of obtaining city approval to begin development of the space (which, as a reminder, means it's merely a proposal at this stage). If approved, the building will not be ready for occupancy for at least two years, Prado representatives said.

As we previously reported, Prado had announced it was planning to convert the original building into residences and add two more buildings in the mortuary’s parking lot. Principal architect David Israel told Hoodline that retention of the Sullivan's facade was "very expensive," but an important decision to be sure the new complex would fit into the neighborhood. In addition to retaining the facade, developers intend to keep 75 percent of the original building structure.

Here's a look at the proposed plans, including the preserved Sullivan's facade: 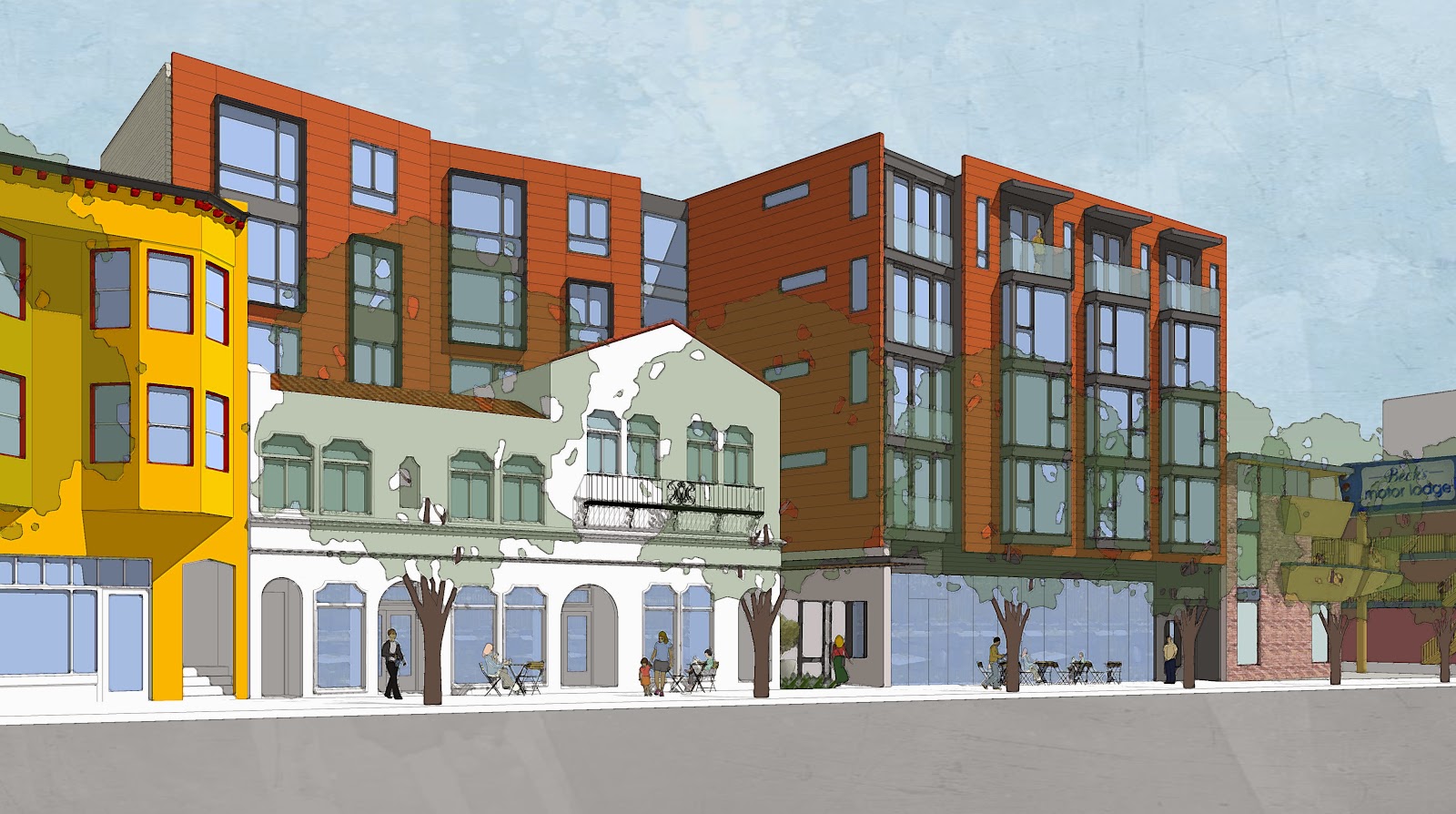 According to Israel, developers are proposing that they build one 2-bedroom apartment in the original building, currently used as a Sullivan "caretaker’s apartment." In two new buildings proposed for the parking lot east of Sullivan’s, plans include 43 apartments, a mix of junior 1-bedrooms, 1-bedrooms and 2-bedrooms, ranging in size from 550 square feet to 1,800 square feet. Two townhouses, each 2,500-3,000 square feet, are also proposed. It is still uncertain whether the apartments will be rentals or condos, Israel said.

24 parking spaces for cars and 60 spaces for bikes are being proposed, and plans also call for two ground floor retail spaces, one 2,800 square feet, the other 1,850. Those spaces might be subdivided into smaller parcels.

Developers are hoping the building will be certified LEED-Platinum, a designation given to a number of other local buildings, including 2175 Market. LEED (Leadership in Energy & Environment) is a voluntary “green” certification program, and Platinum is the highest designation.

The city requires Prado to reach out to community groups and neighbors to obtain their input as part of the application process. That process is ongoing, said Jon Yolles, senior project manager at Prado. Yolles said that when that process is complete—following additional meetings with local business groups and other stakeholders over the next two months—Prado will respond to any issues brought to their attention.

We'll keep you updated on the progress of the proposed project.