By David-Elijah Nahmod - Published on February 24, 2015.
San FranciscoCivic CenterMid-MarketTenderloin
Tenants at 1049 Market St., many of whom have lived for years in rent-controlled live/work lofts, are continuing their ongoing battle to remain in their homes. Landlord John Gall, a former baseball player for the St. Louis Cardinals and the Florida Marlins, hopes to evict the tenants and convert the building back to office space.
At a February 23rd meeting of the Board of Supervisors' Land Use and Economic Development Committee, tenants asked District 6 Supervisor Jane Kim to extend legislation which would stop Gall from converting the building back to its original use for another year (previous legislation, passed last year, expired in December). During the meeting, the tenants were served with eviction notices. Tenants claim that their attempts to pay rent have been refused.
According to Tommi Avicolli Mecca, a longtime housing activist and the director of counseling programs for the Housing Rights Committee, the tenants were allowed to move into the building years ago, when the Mid-Market area was experienced an economic bust and office buildings sat half-empty for years. Though 1049 was never zoned to become residential, the tenants were allowed to move in at below market rates because the landlord was desperate to fill the building. Mecca tells Hoodline that even though the tenants were rented to illegally, they are still protected by the City's rent control laws. 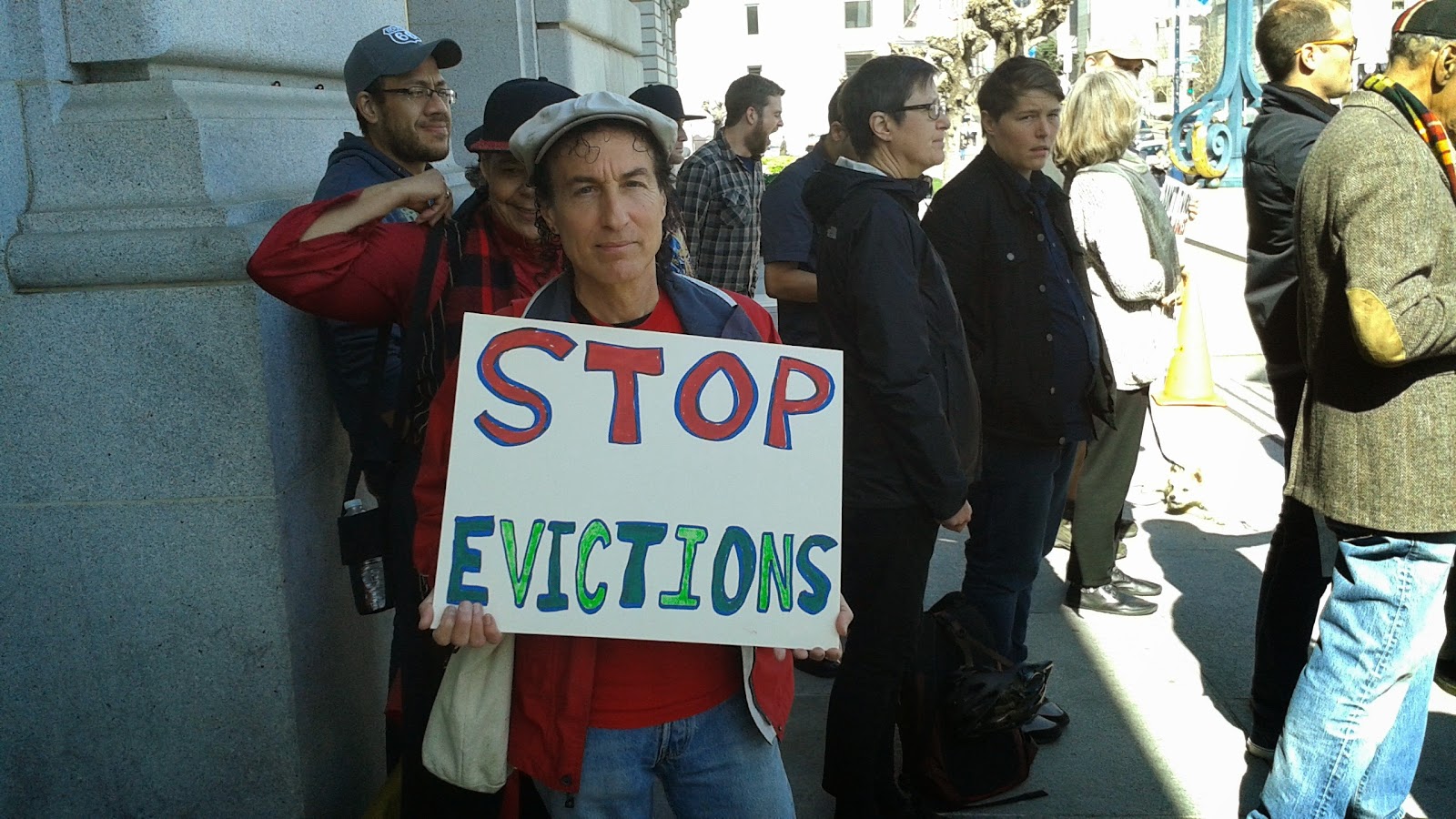 Tommi Avicolli Mecca (Photo: David-Elijah Nahmod/Hoodline)
According to Mecca, and many of the tenants, the tech boom has made mid-Market office space highly desirable—Gall stands to make a great deal of money by evicting the tenants and converting the building back to office space.
Tenants held a noon rally outside of City Hall prior to the Committee meeting yesterday.
"If I lose my home I have no choice but to leave the Bay Area," said Tory Antoni, an artist who's lived in the building for 18 years. "Supporting affordable housing is supporting diversity—without diversity the appeal of San Francisco is gone." 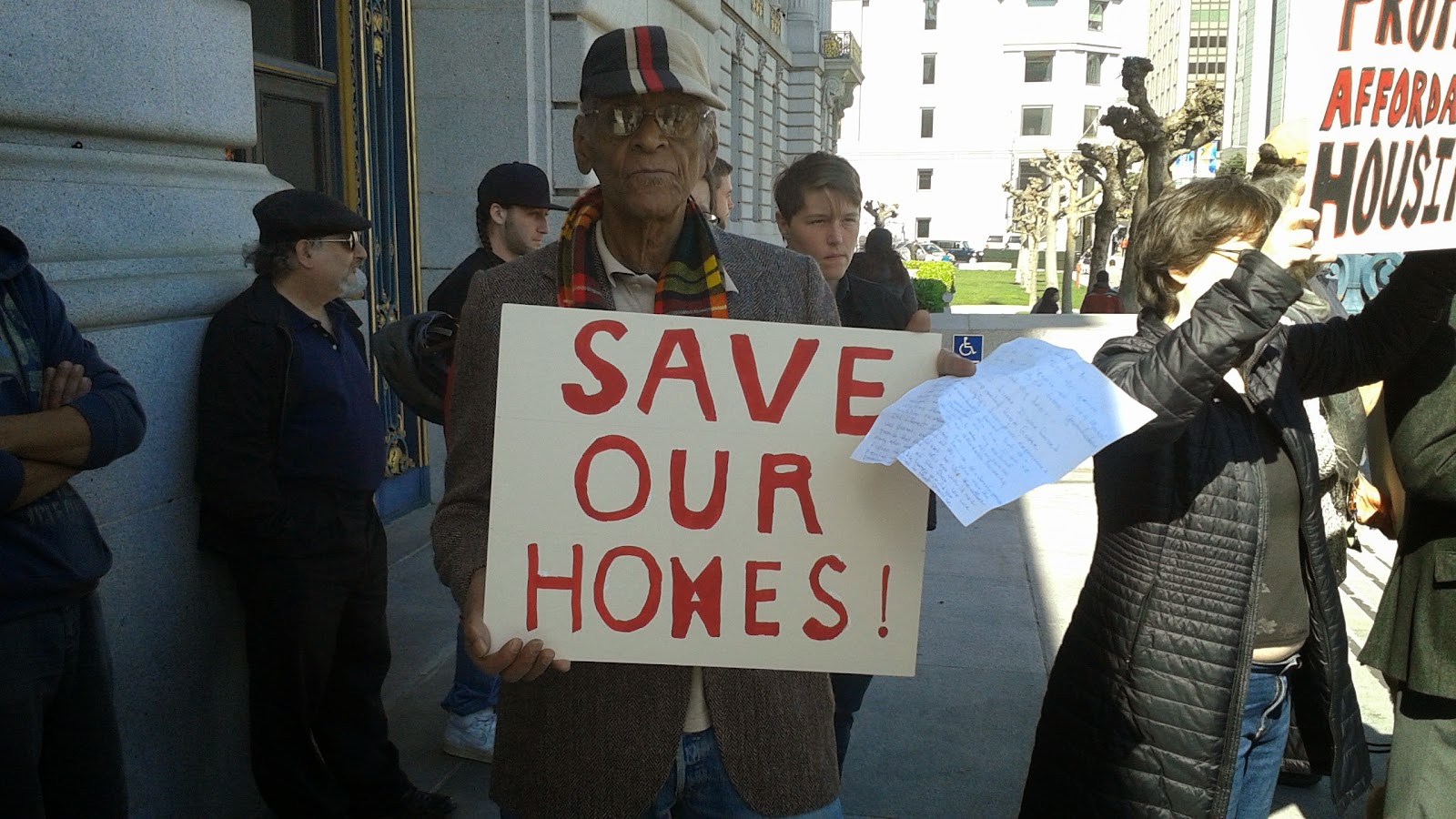 Tony Breaux (Photo: David-Elijah Nahmod/Hoodline)
Tony Breaux, 78, said that he was facing eviction for the third time. Naomi Cooper, a retired teacher, spoke of the health challenges she faces, which are being exacerbated by the stress of having to fight for her home.
"I am really worried about San Francisco," Cooper said. "Artists, teachers and public servants cannot find a place to live because everything is so expensive." She also stated that the City might lose its diversity.
District 6 Supervisor Jane Kim supports the tenants. The Supervisor told Hoodline that she was "personally offended" that Ryan J. Patterson of the law firm Zacks and Freedman, which represents John Gall, would ask that she recuse herself from voting on the legislation she's proposing to extend the moratorium on conversion of the tenant units to office space. The law firm of Zacks and Freedman did not return Hoodline's call requesting a comment. 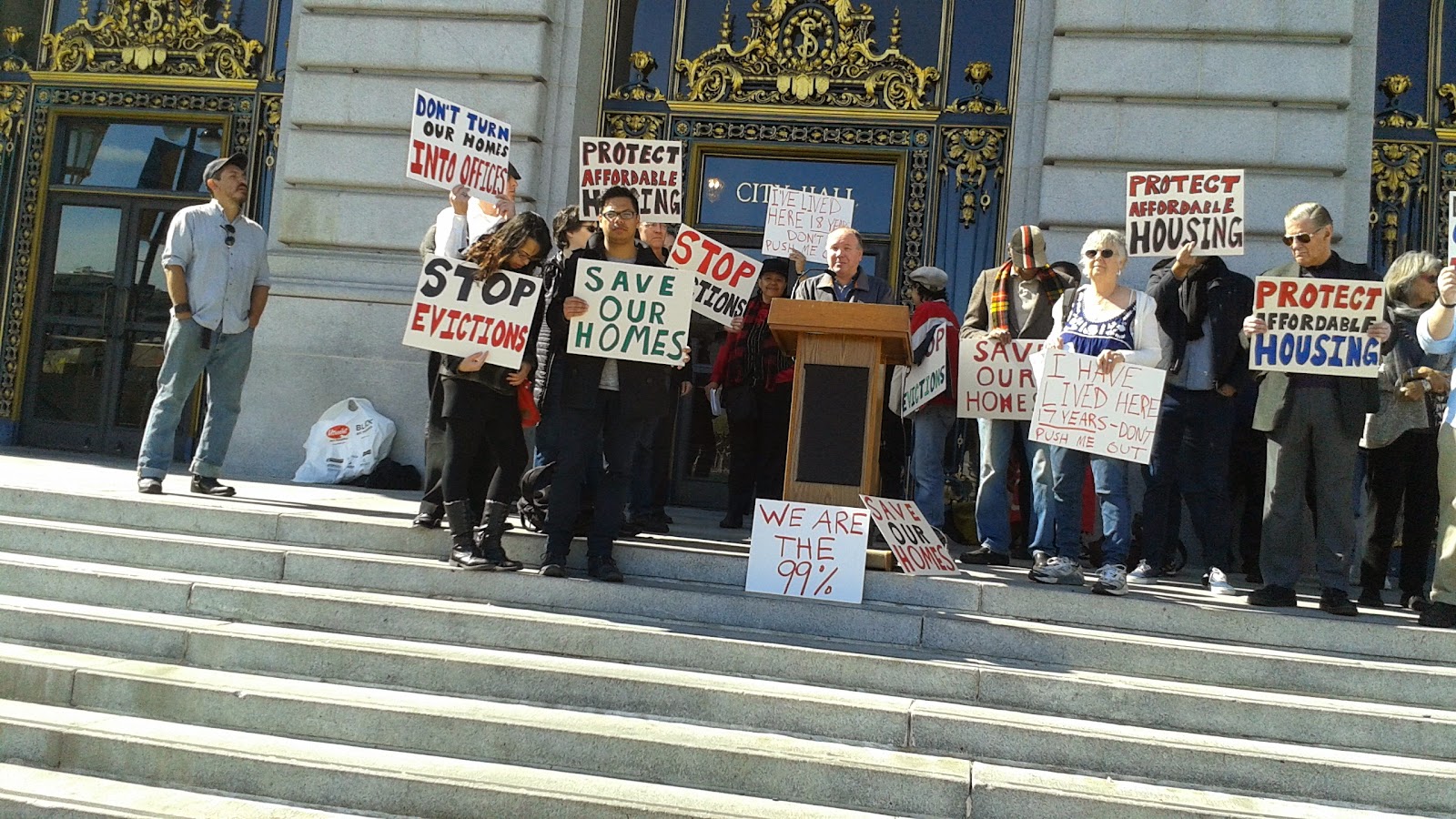 (Photo: David-Elijah Nahmod/Hoodline)
"Tenants are being evicted from their homes throughout the district through a loophole in the Planning Code," Kim said. "This is not just an issue in Mid-Market. It took a lot of courage for Mid-Market residents to come out and testify today." Kim referred to the harassment and threats that the tenants face, "including being subpoenaed while coming out to support legislation at City Hall."
Kim's proposed moratorium is being co-sponsored by Supervisors Malia Cohen and Scott Wiener. The legislation will be forwarded to the full Board for a vote next week.
San FranciscoCivic CenterMid-MarketTenderloin
Sep 30, 2022