A new rainbow flag mural has gone up on the wall which bears the Leonard Matlovich Plaque in the Castro. The mural appears on the northeast corner of 18th & Castro, near the rainbow crosswalks installed last year during the Castro Street Improvement Project.

Matlovich, a Vietnam War veteran and recipient of the Purple Heart and Bronze Star, was discharged from the military in 1975 after deliberately coming out by appearing on the cover of TIME Magazine underneath the headline, "I Am a Homosexual". Matlovich subsequently challenged the ban on gays in the military and became an activist. Ultimately, Matlovich settled out of court for $160,000 and an honorable discharge. He feared the military would find some other reason for discharging him should he be reinstated. 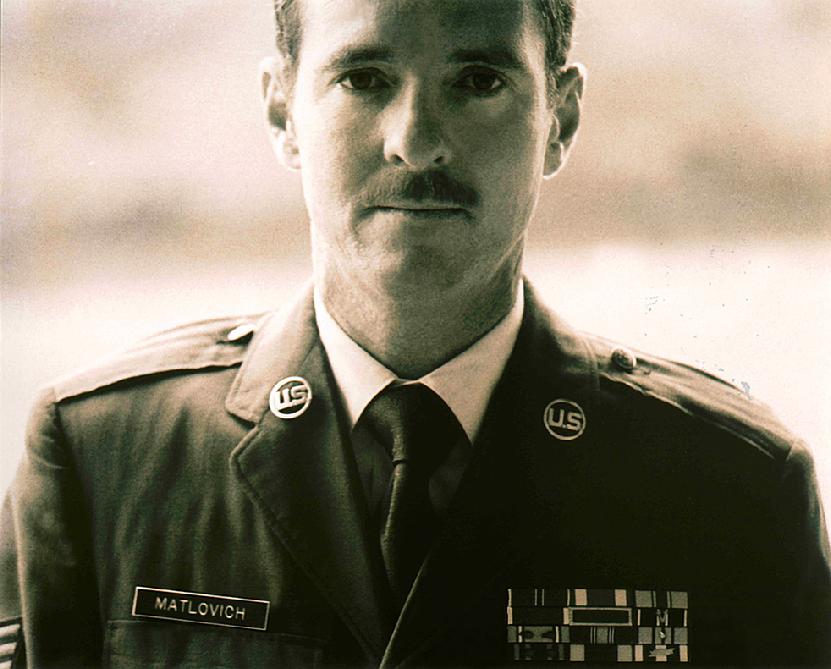 The plaque has been at the corner of 18th & Castro since 2008, adorning the exterior of the apartment building in which Matlovich lived in the late 1970s, but many people may walk by without noticing it or remembering Matlovich's legacy.

After receiving his settlement in 1981, Matlovich moved to Guerneville and opened a pizzeria. He was diagnosed with HIV/AIDS in 1986, which motivated him to become an activist, advocating for the care and treatment of people with AIDS. Matlovich succumbed to AIDS in 1988 and was buried at the Congressional Cemetery in Washington, D.C.

Update, 1:45pm: We've gotten some clarifications from Michael Bedwell, Leonard's former roommate in the building, executor of his estate, and responsible—along with building owner Mike Dotterweich—for the plaque.

"His outing himself to the Air Force was entirely premeditated to challenge the military ban on gays. He was originally given a General Discharge Under Honorable Conditions, upgraded by the base commander to Honorable, not a Dishonorable Discharge."

Regarding Matlovich's activism and prominence relative to that of Harvey Milk:

"He was an activist in every sense of the word even before his AIDS diagnosis, being one of the leaders in the fights against Anita Bryant in Miami and John Briggs in California. And there is no question he was the first nationally and internationally known American gay activist. As gay historian Nathaniel Franks put it: 'When Leonard Matlovich was on a magazine cover as a war hero, challenging the policy in the military, it began a national discussion on gay rights.' That was in 1975, when Harvey Milk was in his second of four tries for office, and politically unknown outside of San Francisco. Except for briefly upon his election in 1977, Milk continued a virtual unknown outside California until his assassination."

Now that the rainbow flag mural has been added, more attention may be paid to the plaque honoring Matlovich. The plaque recreates the two pink triangles that appear on his headstone. The first triangle is inverted and stands over his birth date and the words "Never Again 6 July 1943". The second triangle is above the words "Never Forget 22 June 1988". Below is an inscription which includes the text appearing on Matlovich's tombstone: "When I was in the military they gave me a medal for killing two men and a discharge for loving one."

The plaque continues: "In 1975, Tech. Sgt. Leonard Matlovich, USAF, winner of the Purple Heart and Bronze Star, made the military's ban on gays a national issue when he appeared on the cover of Time magazine. He was arrested at the White House fighting against AIDS and always fought for full LGBT equality." 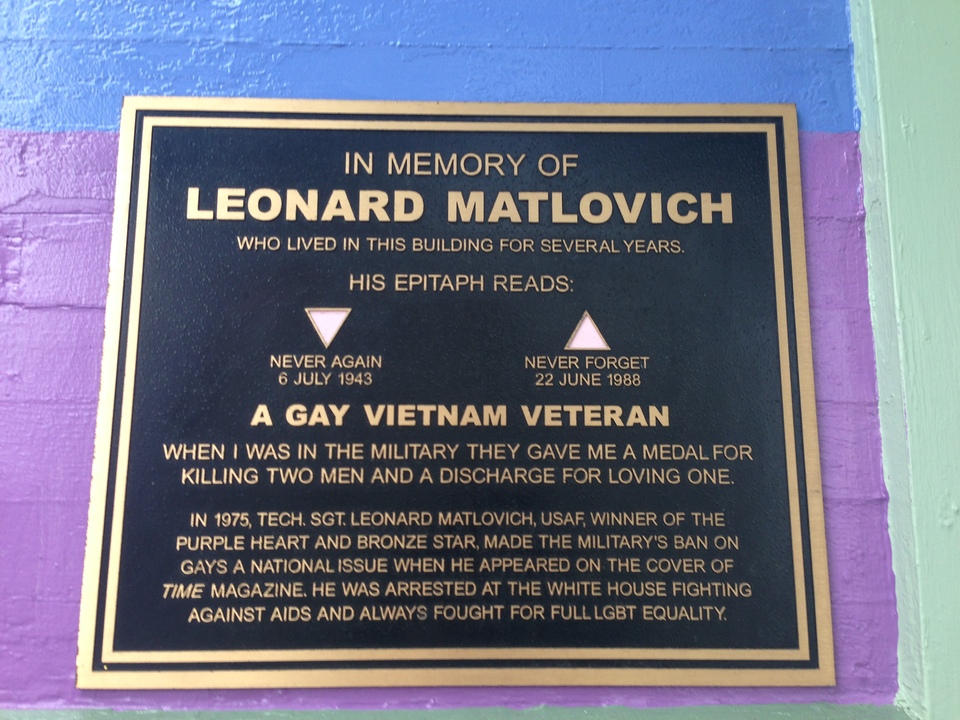 James Smith, the building manager and manager at Rock Hard, tells Hoodline that the mural was not only painted to draw more attention to the plaque but to also "spruce up the neighborhood and draw more customers and tourists down 18th Street, especially during the upcoming busy Pride Month."

Speaking with passersby yesterday about the plaque and the new mural, all of them said they had never noticed the plaque before but that the new addition had caught their eye and drawn their attention to it. All of them were interested to read and learn about Matlovich.