When deafening sirens blaze by or dumpsters slam to the ground, do you close your eyes and bask in the glory of their reverberations? Probably not. But with a little training, you could turn those daily annoyances into a welcome soundtrack. A recent collaboration between the San Francisco Contemporary Music Players and Hospitality House did just that, helping Central City residents harness the rhythm of their everyday environments to tell their stories in a new way.

The project, called Soundvoice, gathered 18 participants of Hospitality House programs for weekly learning sessions where they explored concepts like the foundations of new music and how to tell a compelling story, then put their training to work by capturing the various sounds of their communities to create audio collages. 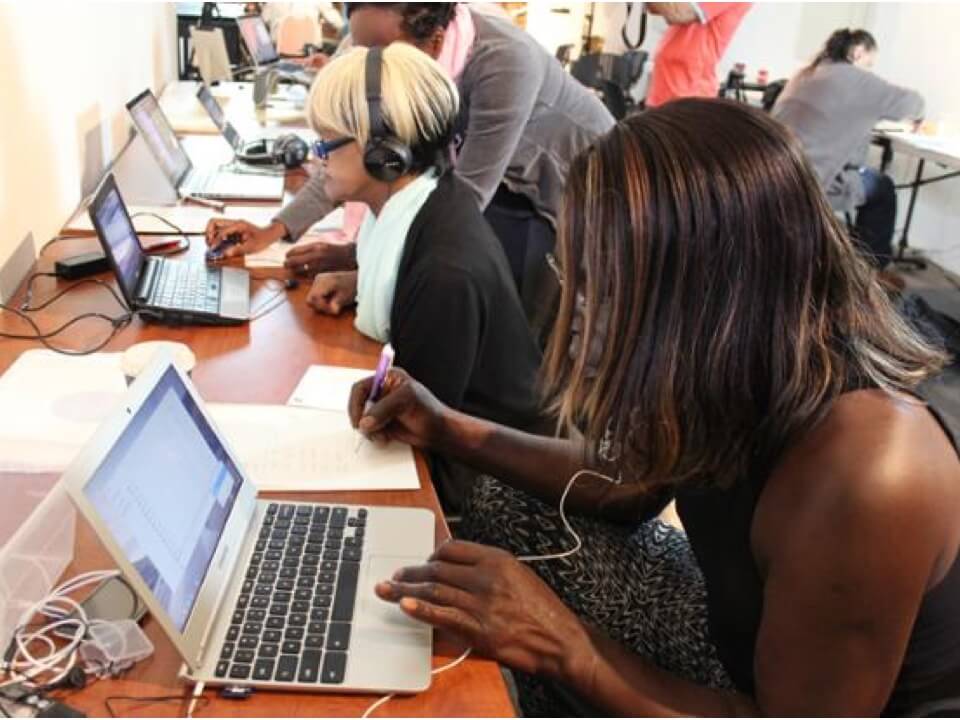 “A lot of our clients don’t have opportunities to attend the symphonies, really to be part of cultural events, unless they’re free,” said Ivan Vera, manager of Hospitality House’s art program. “They struggle with poverty, so creativity and things that are a little more esoteric and luxurious are not things that are readily available for them. We try to look for opportunities for them that are going to transcend their everyday lives and expand their perspectives on art and culture.”

Vera said he met Rozella Kennedy, the former executive director of SFCMP, at a community meeting where he was seeking funding for an oral history project. They decided to bring their two ideas together and secured a community engagement grant from the James Irvine Foundation to fund Soundvoice, which kicked off in April and culminates this Sunday, May 17th, with a public exhibition at the Center for New Music at 55 Taylor St.

A diverse group of participants, including artists, musicians and poets, were attracted to the program because they had something to say and wanted their voices to be heard, Vera said. While some had classical music training, others were completely new to the idea of found sound as music.

Paul Asplund, who joined SFCMP this spring to be a part of Soundvoice, said he was blown away by the participants’ level of emotional engagement throughout the entire project. They recorded 40 hours of audio and while editing software was new to everyone, not a single person threw their hands up in frustration. They also created vivid "graphic scores" — sheet music that uses drawings rather than musical notes to compose a piece — which the instructors will interpret and perform live at Sunday's exhibition. 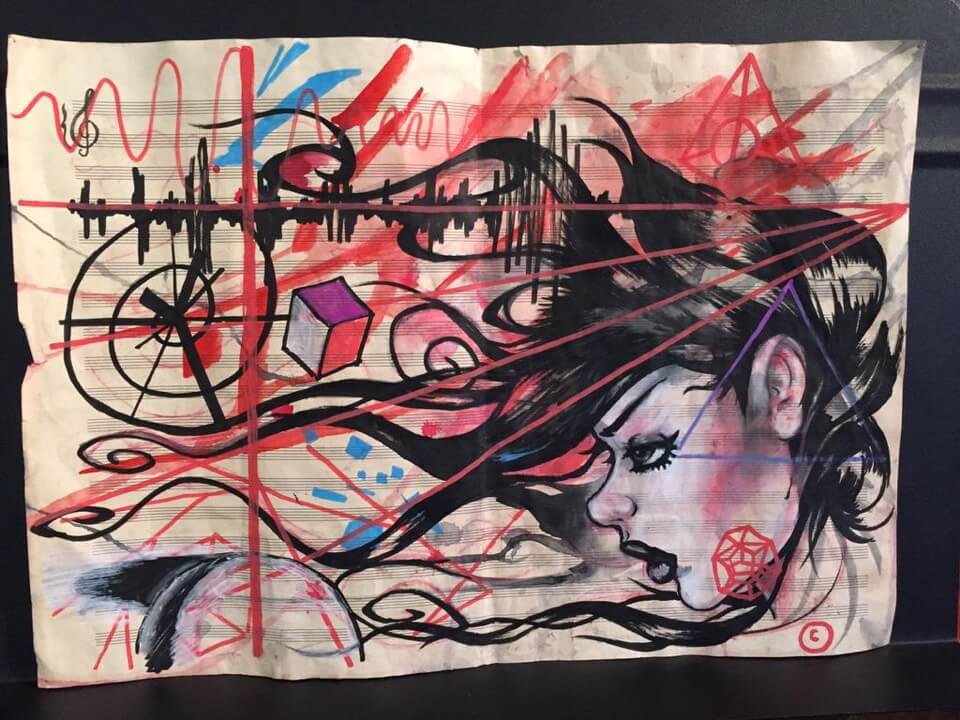 A graphic score designed by a Soundvoice participant.

In addition to telling stories, the project aimed to change the way individuals listen. “I asked them how they listen differently now, and they said, 'Sounds that used to annoy me now bring me joy,'" Asplund said. Having just moved from a quiet LA suburb to Mid-Market, he added that he's had a similar experience and is now embracing neighborhood sounds and smells that he initially struggled with.

Sunday's exhibition will be a "loose recital". The entire community is welcome to stop by the Center for New Music from 1-2pm to meet the artists, view the graphic scores they designed, hear the sound collages they assembled and step into a Mobile Sound Lab to create their own pieces of new music using found objects. The recital will run from 2-3pm, with instructors and students performing pieces created throughout the process.

Those who can't join Sunday can visit the project's website in the coming weeks to enjoy the content online or stay tuned for another Soundvoice exhibition in the future. While the initial grant supported Soundvoice as a one-time project, Asplund said they’re already in conversations about finding a partner to help make this an ongoing summer program.