Heart Of Gold To Open On Divisadero This Weekend

A major transformation has taken place behind the closed doors and papered windows of a storefront on Divisadero. The proprietors of Heart of Gold, a forthcoming vintage consignment shop, have painstakingly renovated 777 Divisadero over the past four months, turning it from a 97-Cent Plus store into a cozy boutique.

Gene Barnes and Stephanie Madrinan took over the lease for the empty storefront in February of this year, after the 97-Cent Plus store liquidated and the owner moved out of town. 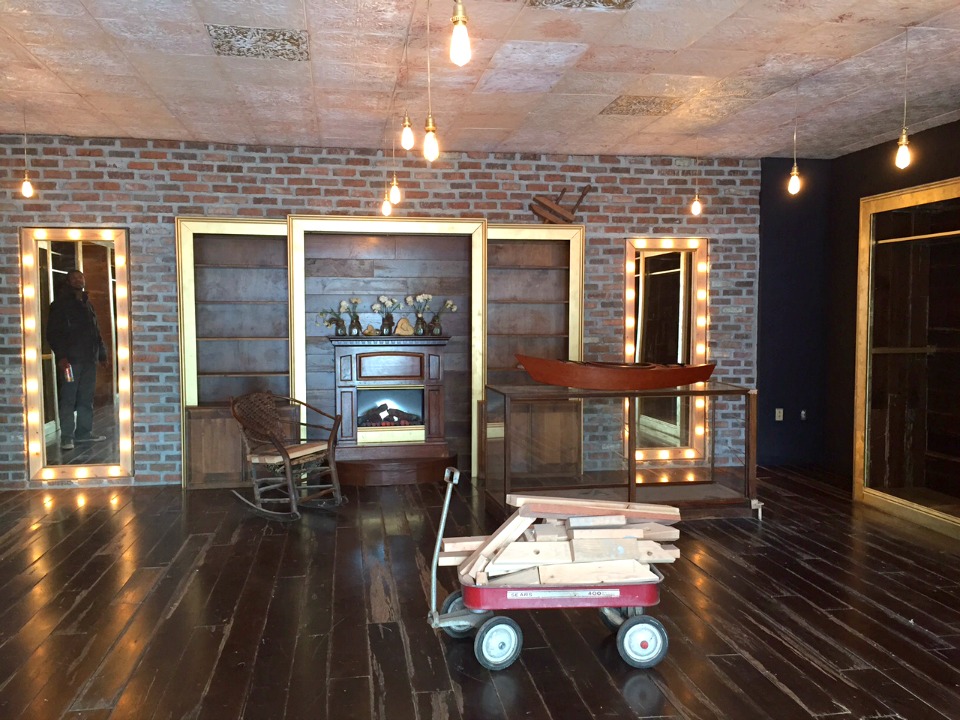 In its place Heart of Gold has been coming together. The boutique's merchandise will mostly be provided on a consignment basis, meaning that collectors of vintage pieces can sell their wares in the space, or to the store directly.

But this won't be another vintage show full of ball gowns. Instead Gene says the items they carry will be "timeless but standard, to appeal to a large audience." This means classic and basics, but all unique, many with designer labels. 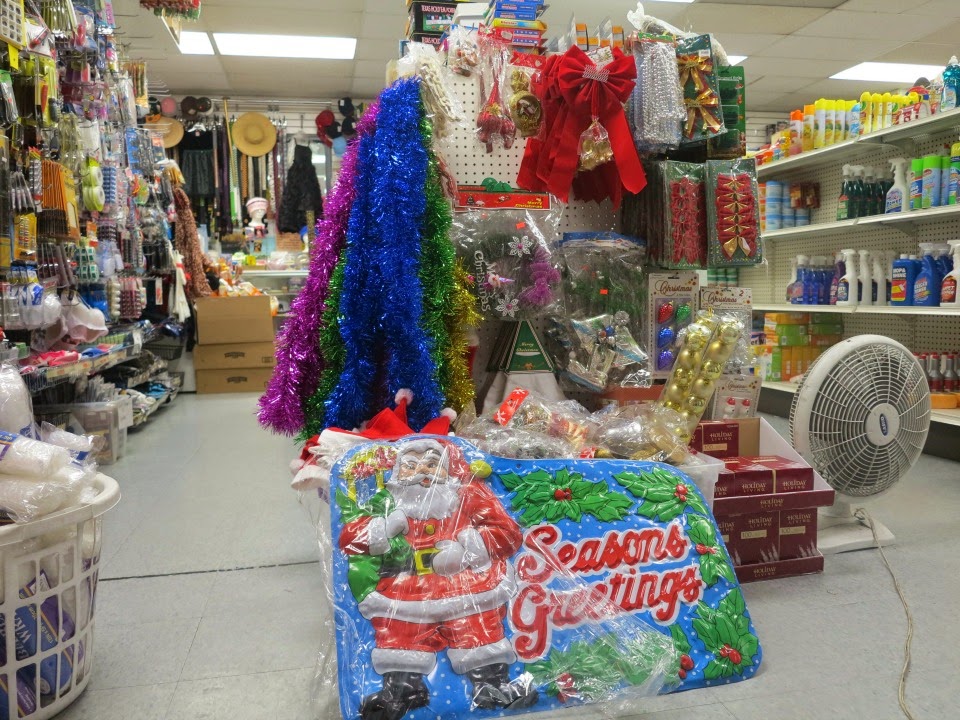 Soon the store's website will have a list of designers they're looking to carry, and those in the neighborhood who are looking to unload some vintage goods should start sorting.

Down the line Heart of Gold will also offer furniture on consignment, starting out with a couple key pieces from Gene's grandmother's house. 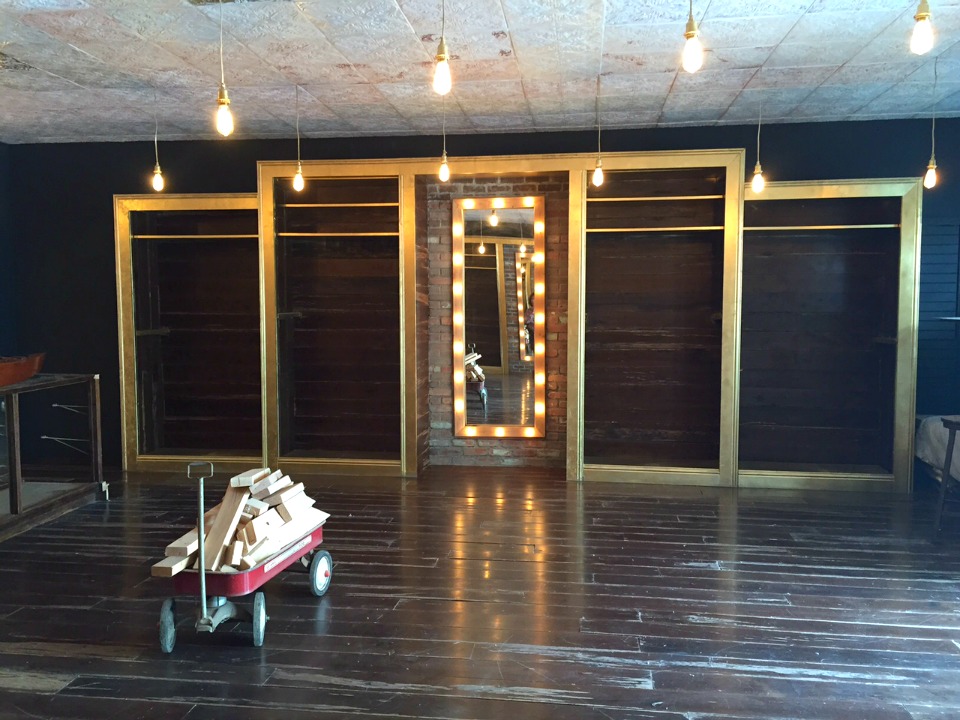 The space itself is unrecognizable. Although the exterior is unchanged, the inside of the store resembles a cozy wood-paneled living room. The shelves are all original to the store, repainted from their tenure as a 97-Cent Store display piece. The floors are all reclaimed wood that Stephanie and Gene found on Craigslist, and installed themselves. The bricks lining the walls were gathered from all over the Bay Area, and transported to Heart of Gold in the trunks of the owner's cars.

The old-fashioned tin ceiling panels were bought new, but their shiny white appearance didn't quite fit in with the rustic charm of the rest of the space. To remedy the situation Stephanie and Gene took leftover red clay from installing the bricks and rubbed it in to the surface of the tiles. A few they painted gold. The final appearance is both new and old, and certainly unusual. 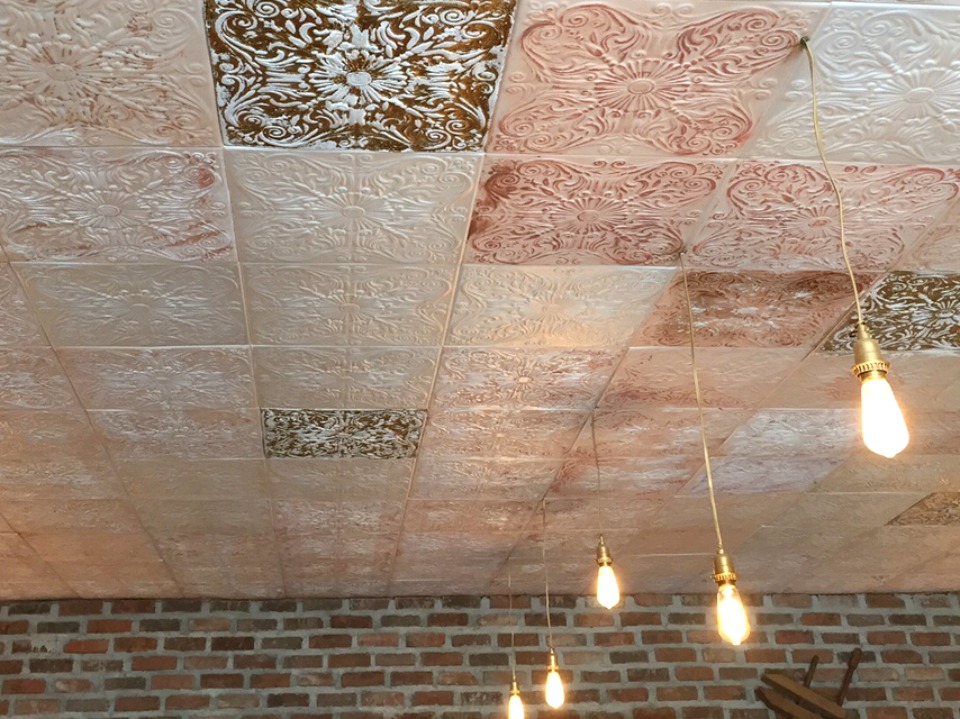 Hanging from the ceiling tiles are three rows of seven Edison bulbs—a subtle nod to the store's address  at 777 Divisadero Street.

The entire project—from laying wood floors to learning electrical wiring—was done by Stephanie and Gene themselves, along with a talented team of friends. "We put our blood sweat and tears into this interior," says Gene. "Luckily we had lots of angels helping us."

As for the original 97 Cent Plus sign above the door, Gene and Stephanie decided it should stay put, as an homage to what the store was for ten years before it closed last year. It'll be slightly blue-washed to avoid confusion, and Heart of Gold will install decals on the windows to display its name. 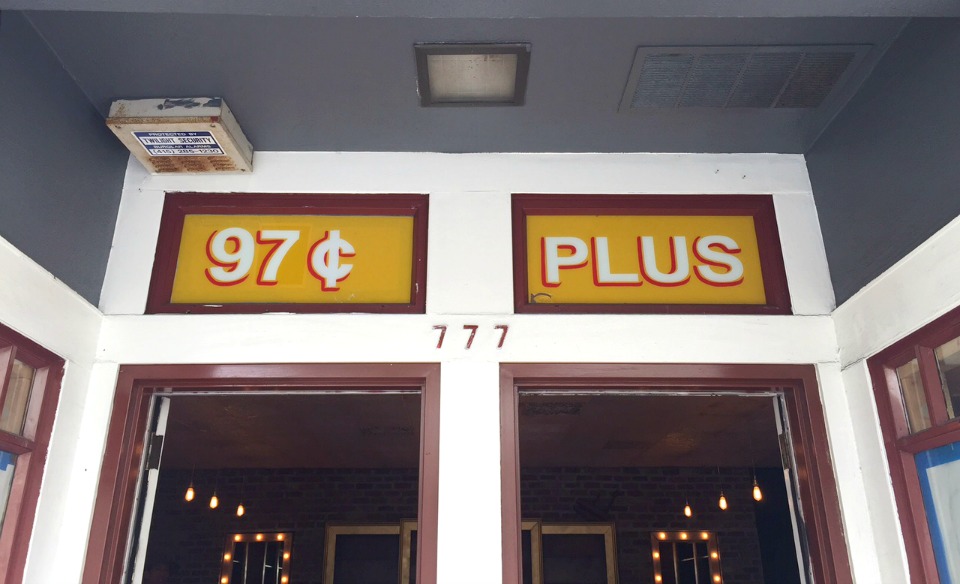 The official grand reveal will take place this Saturday, June 6th from 3-7pm, with live music and shelves filled with merchandise. "We've been so deep in this project that we haven't had much of a chance to meet the neighborhood," said Gene. The pair are looking forward to swinging their doors wide to the community this Saturday, and meeting their new neighbors and fellow merchants.

Starting Saturday, Heart of Gold will be open daily from 11am to 7pm at 777 Divisadero Street. We recommend you swing by and take a look.